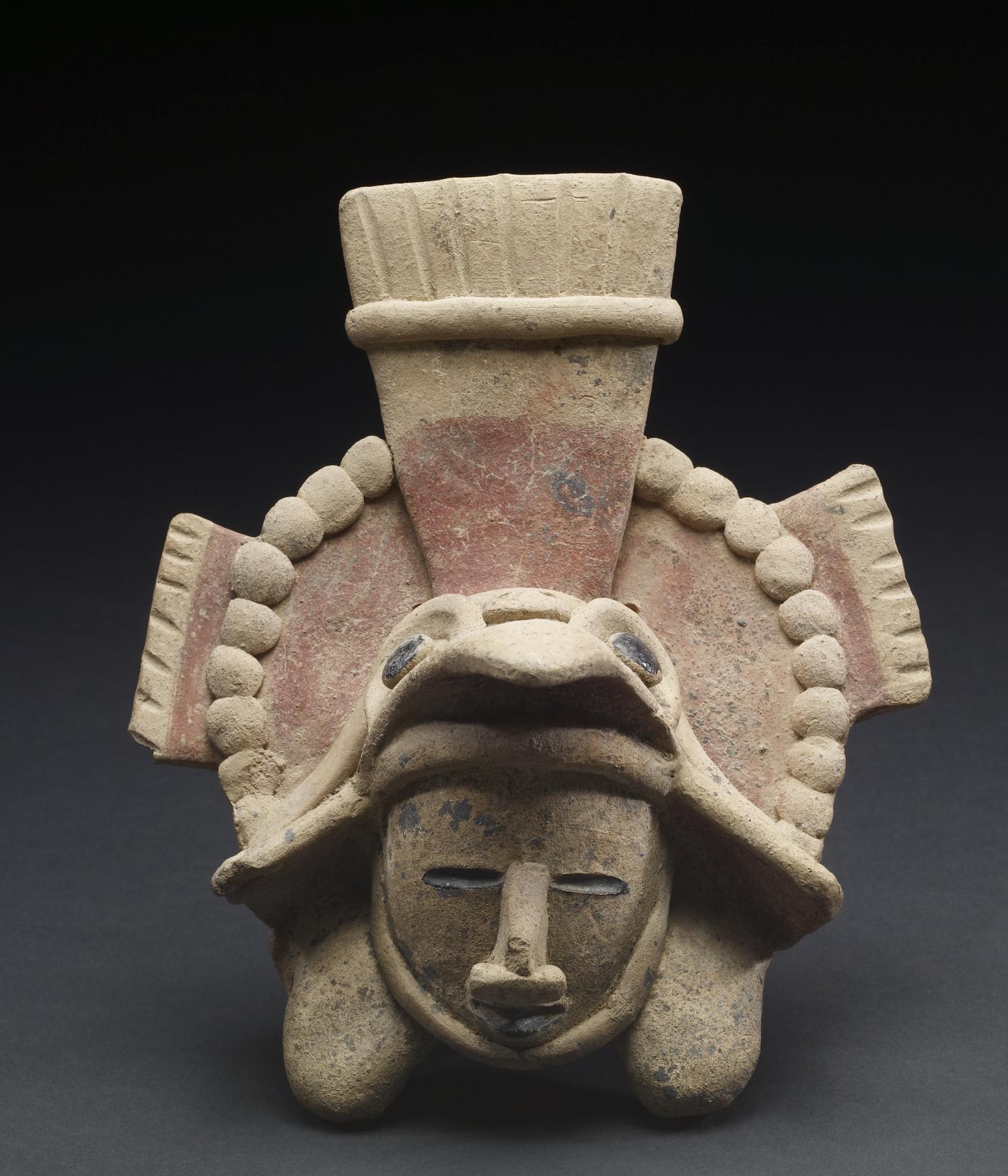 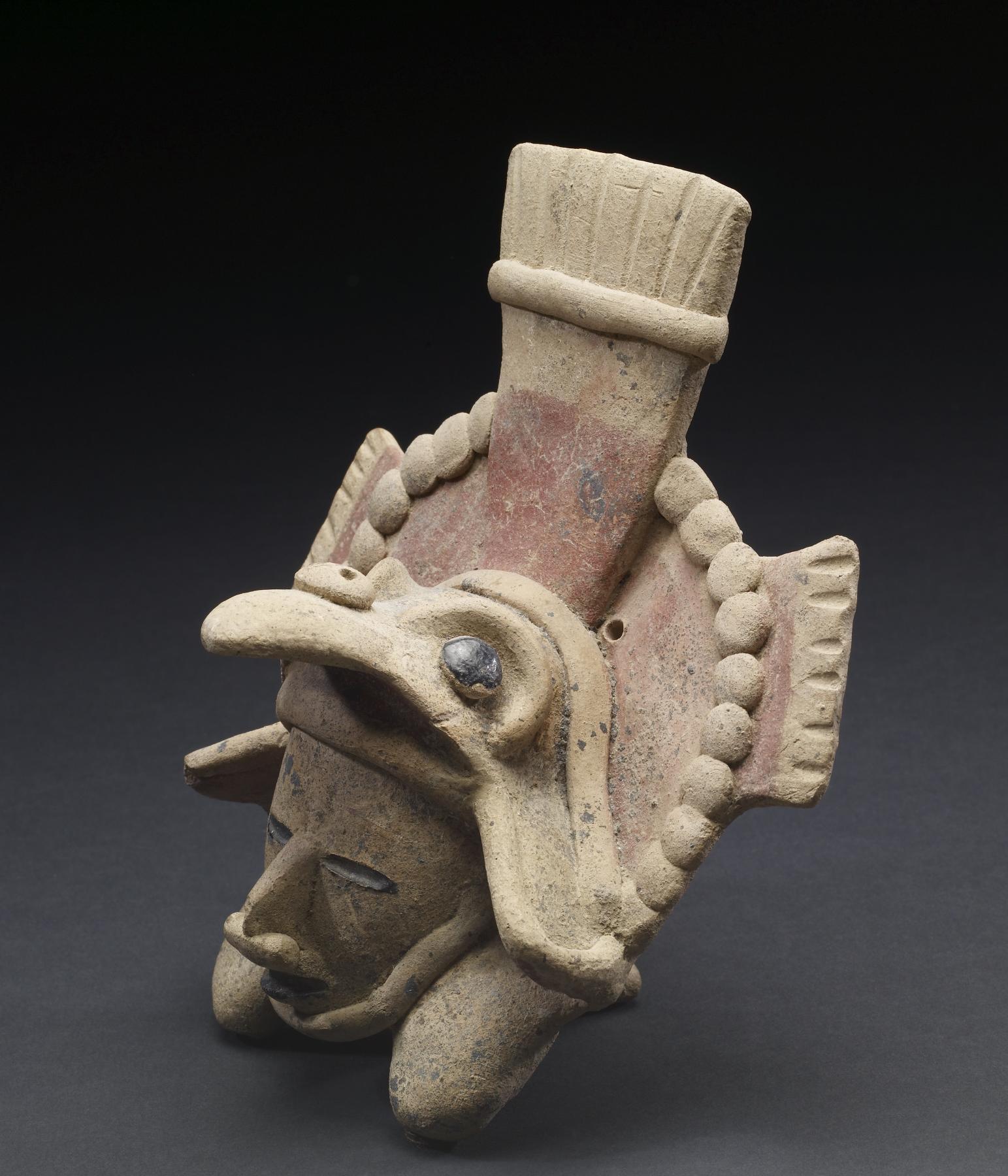 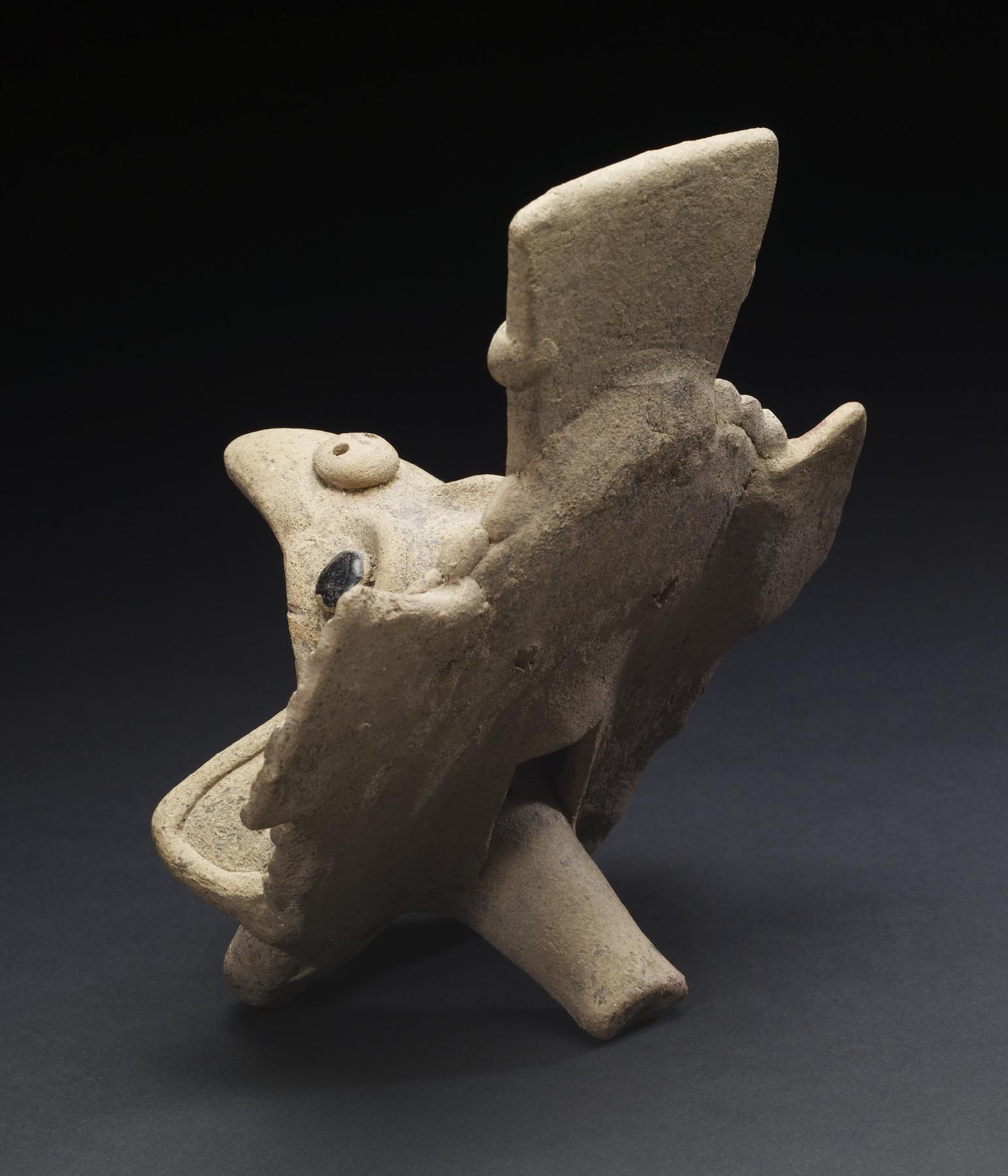 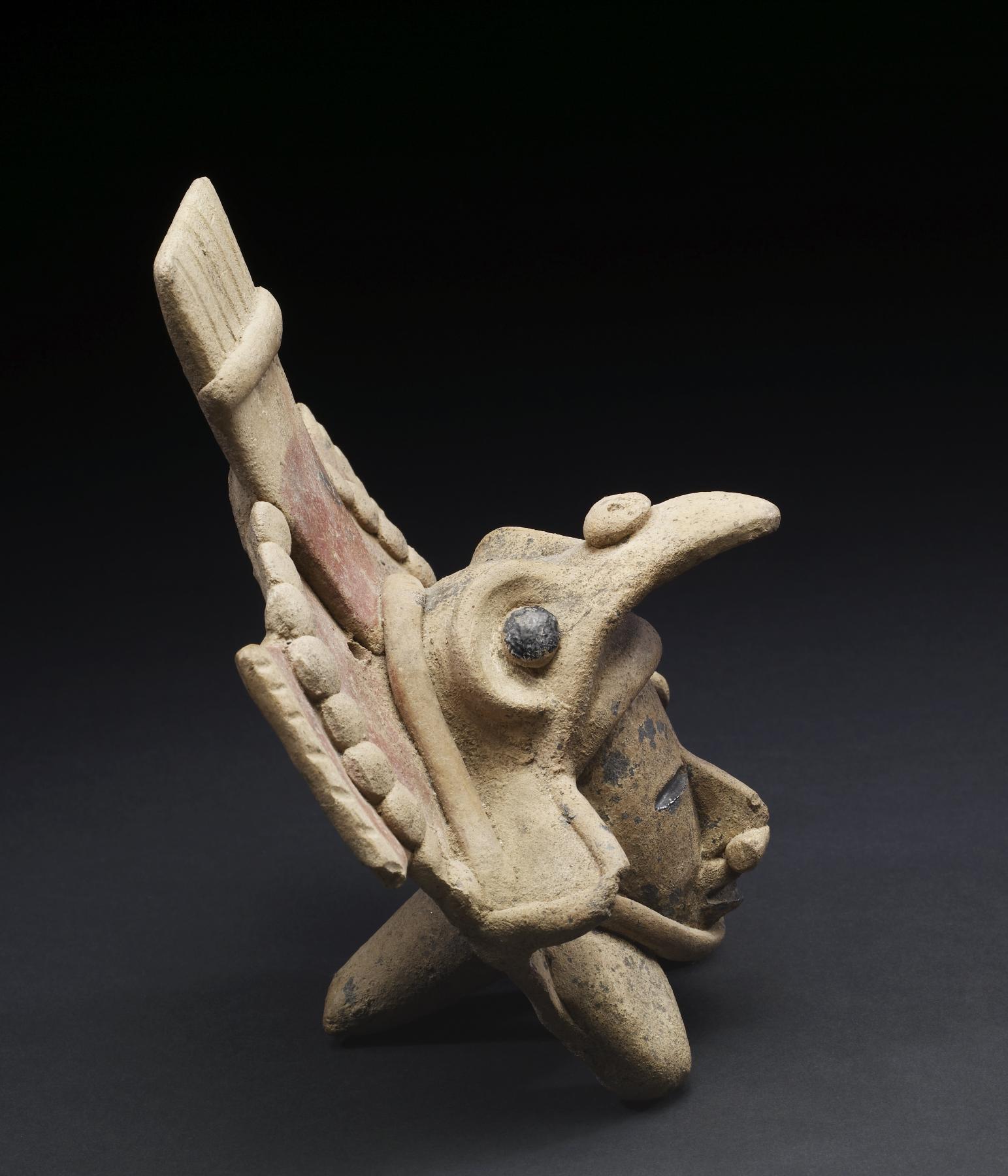 Sixteenth-century Spanish chroniclers recount the playing of ocarinas by Aztec participants and audience members alike during processions in Tenochtitlan (Mexico City). The simplicity of playing an ocarina removed the instrument from one of exclusivity requiring extensive practice in order to create an acceptable musical score. The ocarina was widely used among the peoples of Mesoamerica, and examples have been found by archaeologists in both palaces and the humble abodes of commoners. This ocarina is of the type found in prodigious numbers among all societies of ancient Mesoamerica and elsewhere in the Americas. Mesoamerican artworks, from carved stone panels to painted books, often render warriors, dancers, and other performers playing this type of instrument. The Veracruz instrument represents a person wearing an impressively large eagle or other raptorial bird headdress, secured by a wide strap underneath his chin. It may portray a member of a warrior order similar to the famed Eagle Warrior order of the Aztecs. The two tiny holes pierced through the center of the ocarina allowed it to be attached to a cord and worn around the neck during battle or processions.