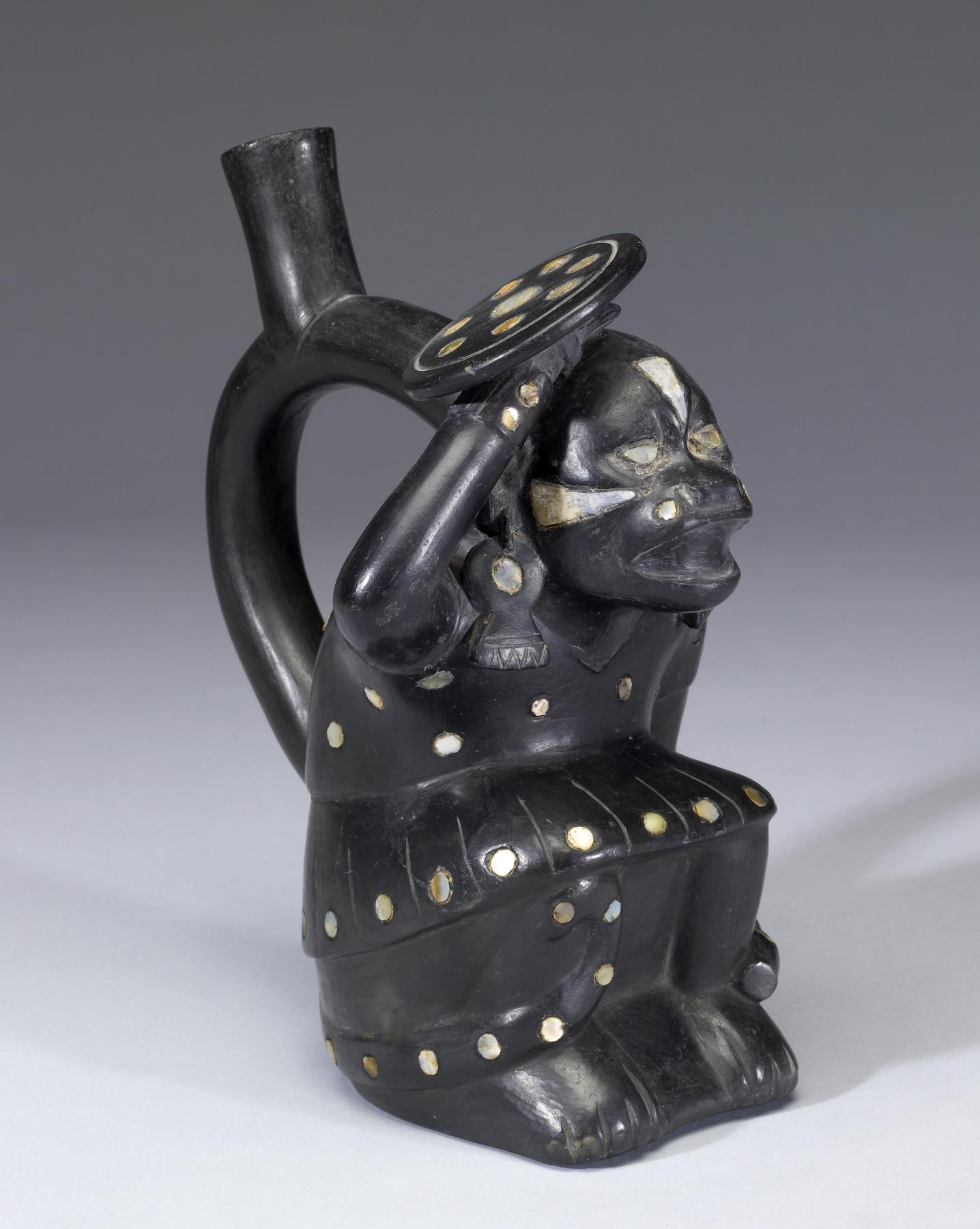 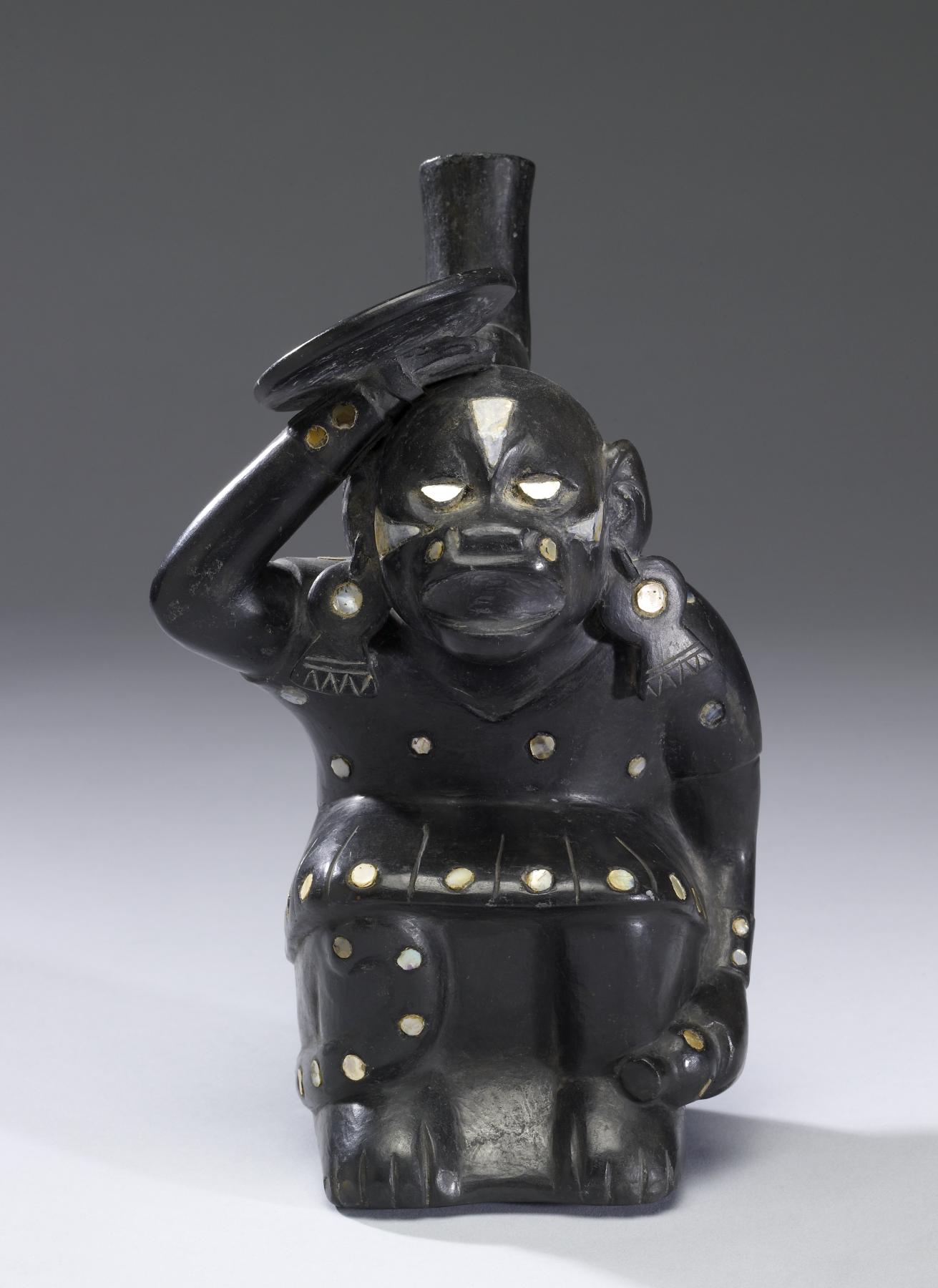 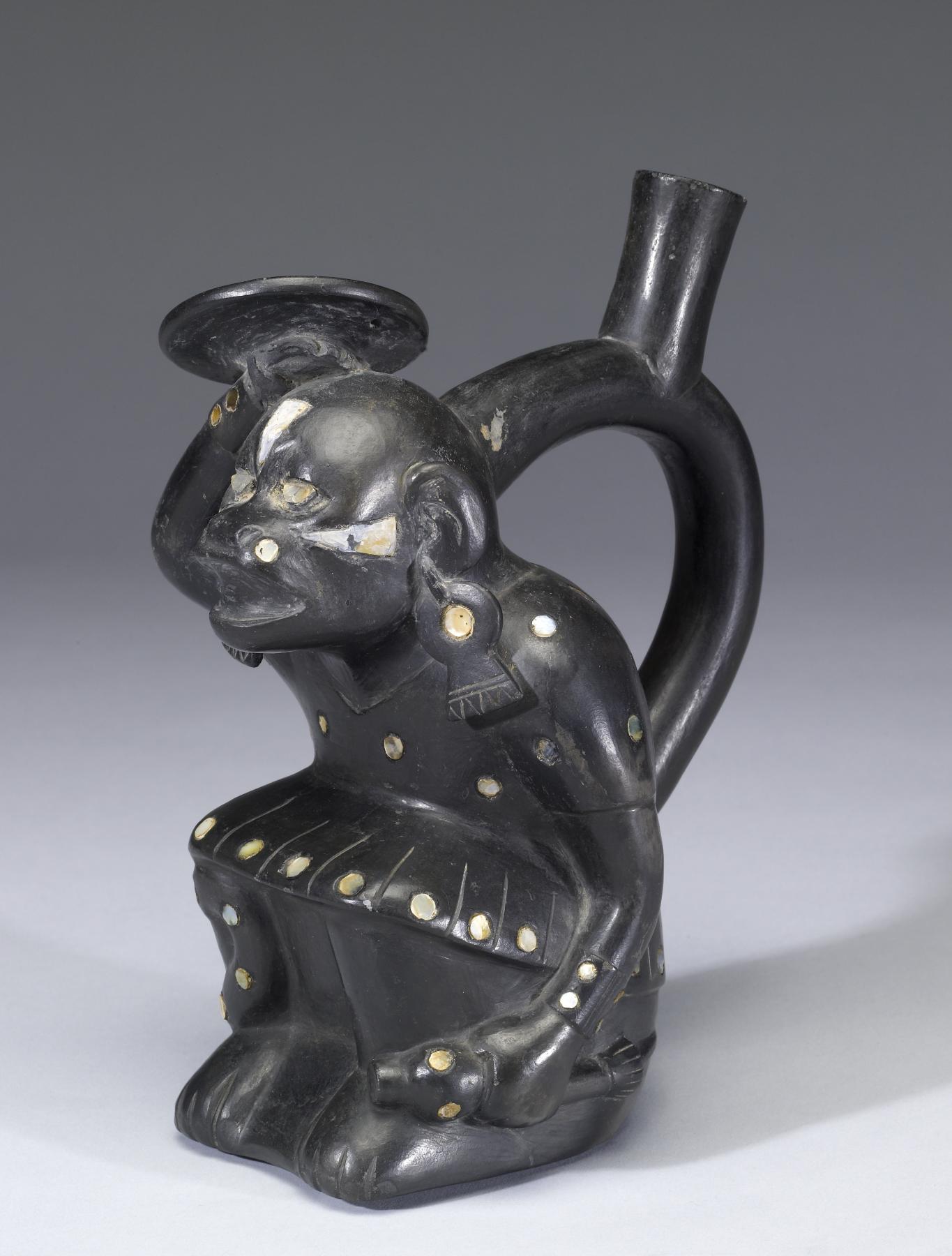 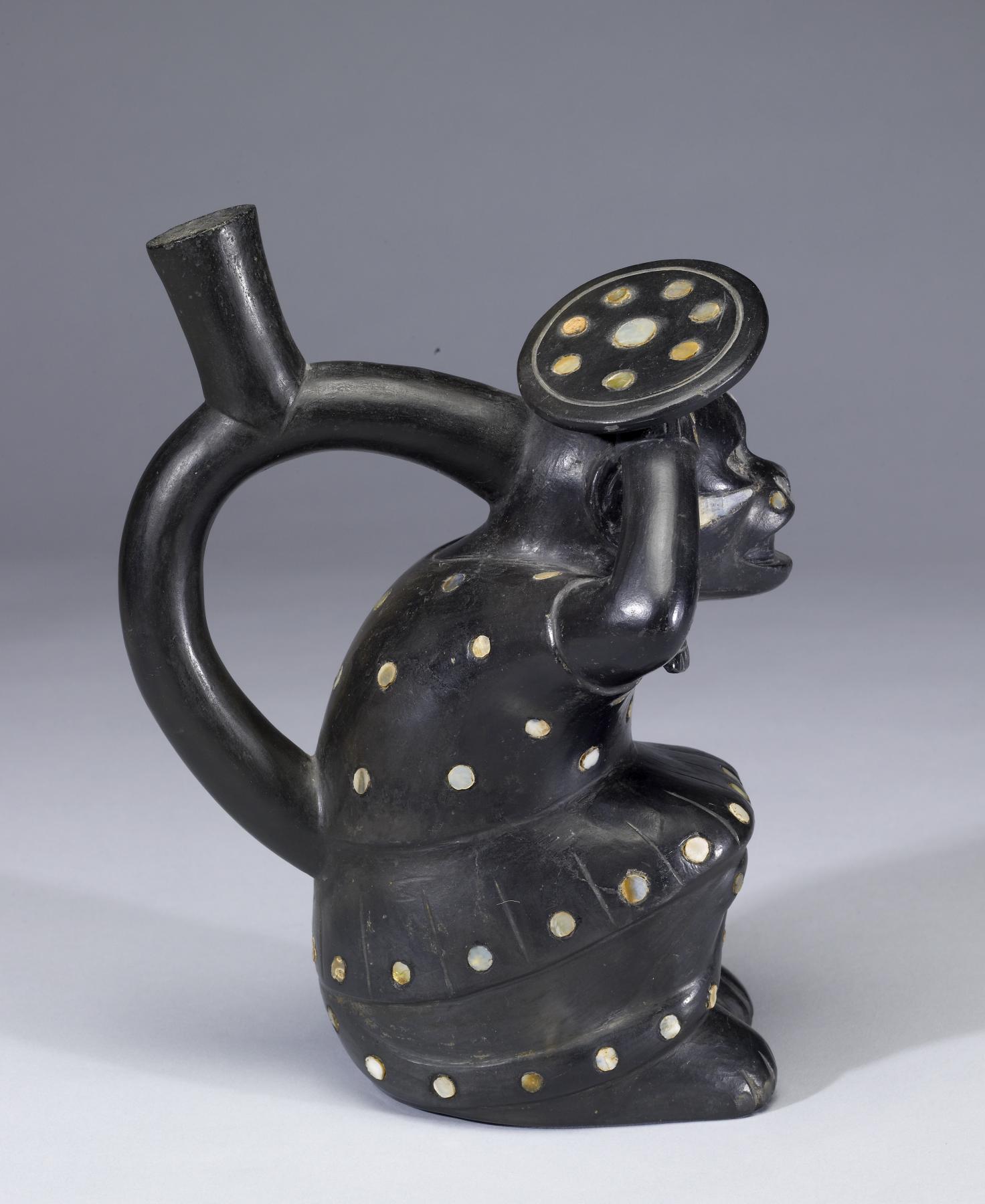 Warfare was a common tool for political advancement in the ancient Andes, although it often had ritual connotations and goals. The so-called Warrior Narrative or Sacrifice Ceremony, one of the most common scenes adorning Moche painted pottery, features ritual combat among finely dressed members of the ruling class. The narrative is composed of a sequence of acts, including the warriors' preparation for battle, the combat and capture of the vanquished, the removal of the captives' finery, their ritual bleeding, and their presentation by the victorious warrior to a main figure. The blood of the elite was an especially efficacious religious offering, often poured on the earth to ensure the fertility of Pacha Mama (mother earth) and maintain nature's balance. This expressive libation vessel is molded in the form of a warrior, identified by the combat club grasped in his left hand and the small, round shield held aloft to protect his head. The elaborate tunic is that of a member of the kuraka elite of Moche society, here decorated with shell inlays. Such finery implies a warrior rendered in ceremonial attire rather than a battlefield figure. Of special note is his seated position, which does not match any of the stances taken by warriors in the Warrior Narrative/Sacrifice Ceremony. Instead, the monkey head (perhaps a head mask?) and fully human body suggest the portrayal of a shaman-warrior ready to do battle with supernatural forces. Monkeys are commonly employed by Andean artists to symbolize shamanic powers, and the simian would thus be a fitting form to convey a warrior's special prowess. Figural bottles depicting warriors, other members of the nobility, and supernatural beings are common offerings found in high-status Moche burials; a shaman-warrior would be an important protector to accompany a member of the elite into the next life.