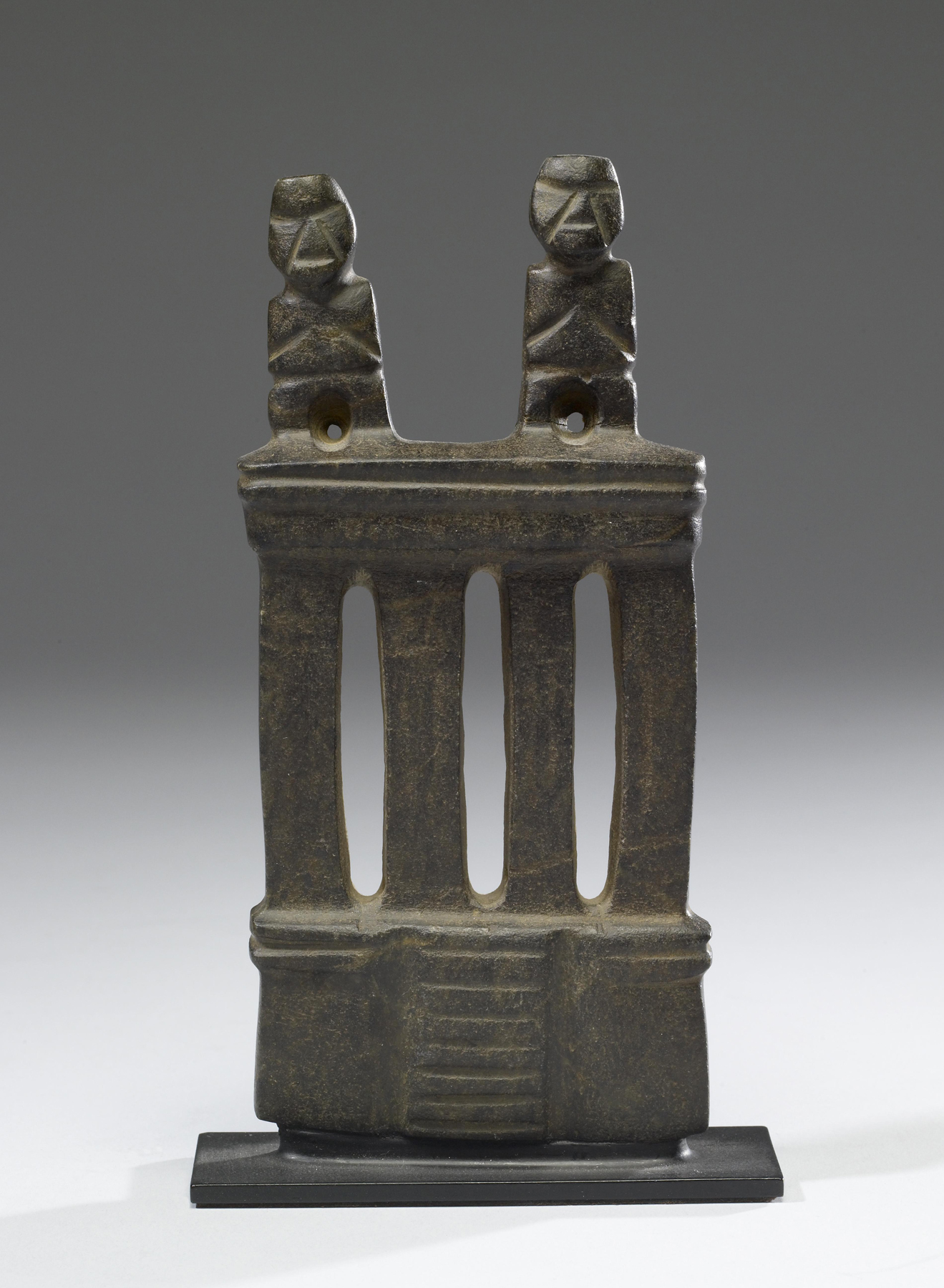 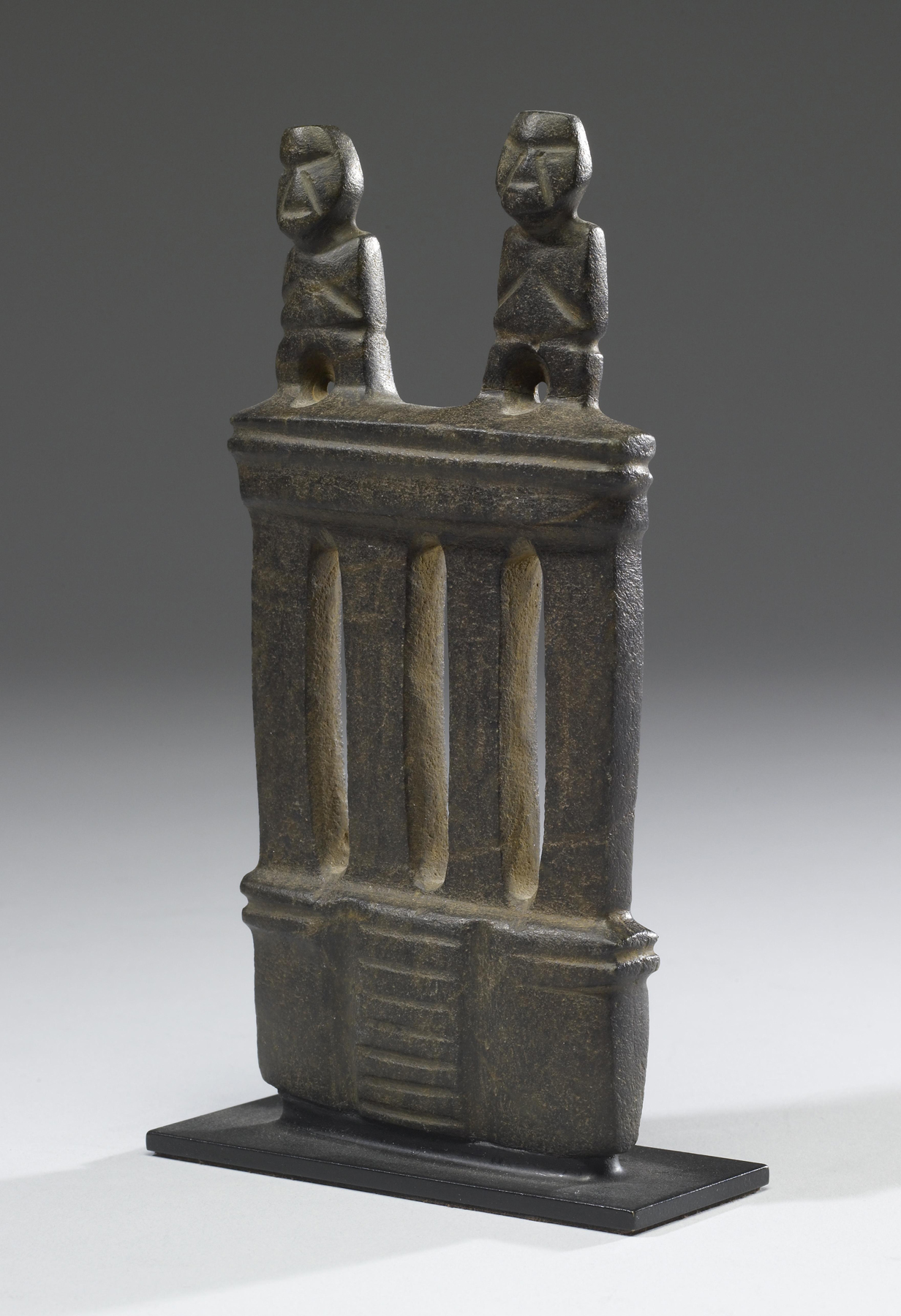 The Mezcala sculptural style of Guerrero emphasizes geometric abstraction in both human figures and architectural models. Few examples have been found in their original context, and thus the function, meaning, and even the length of time during which the style was in use remain ill defined. Contributing to the question of chronology is the fact that other Mesoamerican peoples, from the latter centuries of the Late Formative to the Late Postclassic periods (200-1500 CE), acquired and preserved these works as heirlooms. They have been found at sites throughout Mexico, and large numbers were excavated from ritual caches in the Templo Mayor, the main temple of the fifteenth-century Mexica (Aztecs) of Tenochtitlan (Mexico City). In the twentieth century, the minimalistic Mezcala artworks fascinated the Mexican artist and cultural historian Miguel Covarrubias, who compared them favorably to other sculptural traditions such as the celebrated Cycladic style of ancient Greece. This example features the typical Mezcala four-columned structure atop a pyramidal platform articulated by apron-moldings on the uppermost tier. A central staircase leads into the structure at the midpoint between the columns. Two figures stand atop its gently sloping roof. No buildings of this type have survived in Guerrero, however, which leaves open the question of whether this carving faithfully represents the architectural traditions of the region during the Formative and Classic periods.