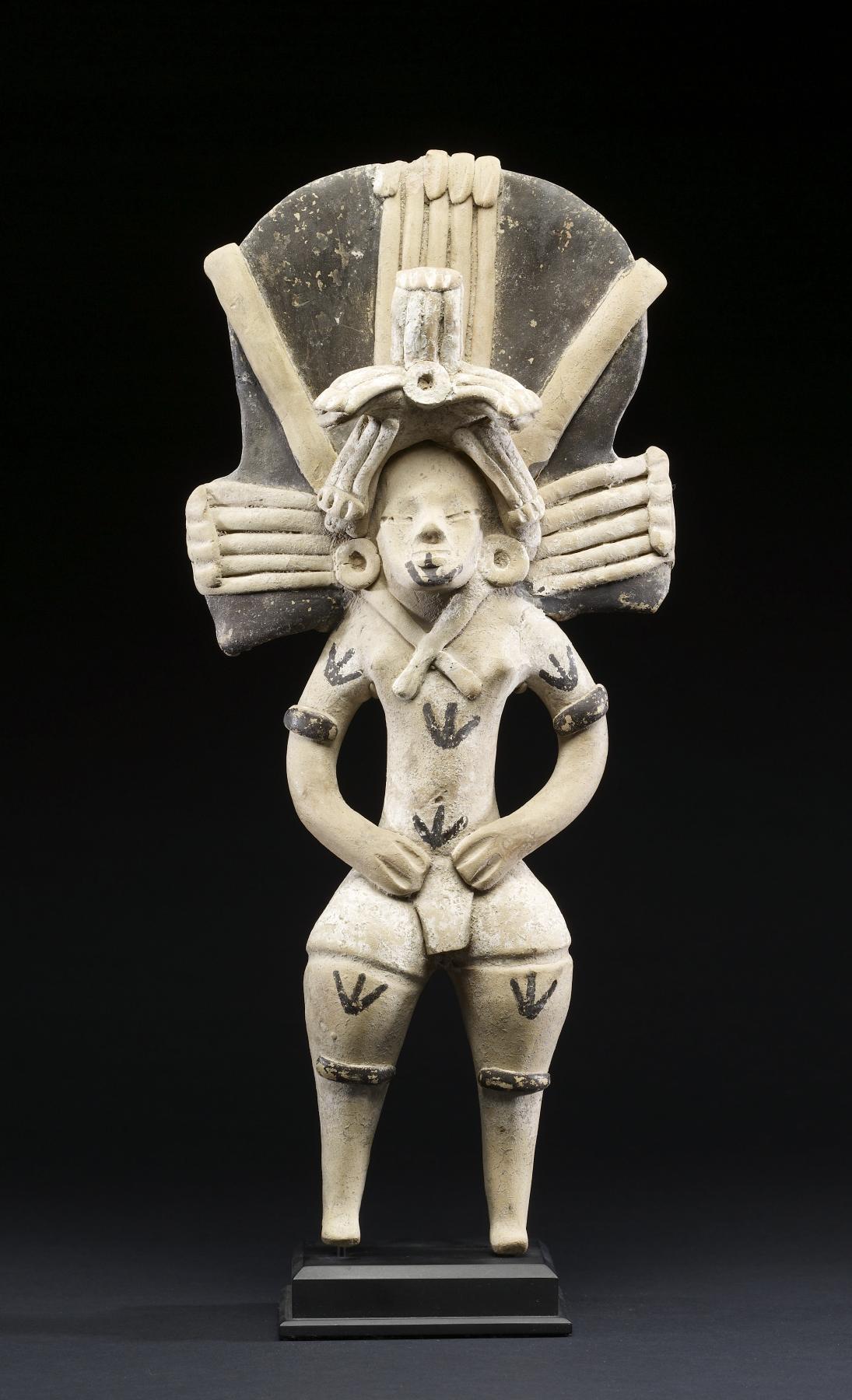 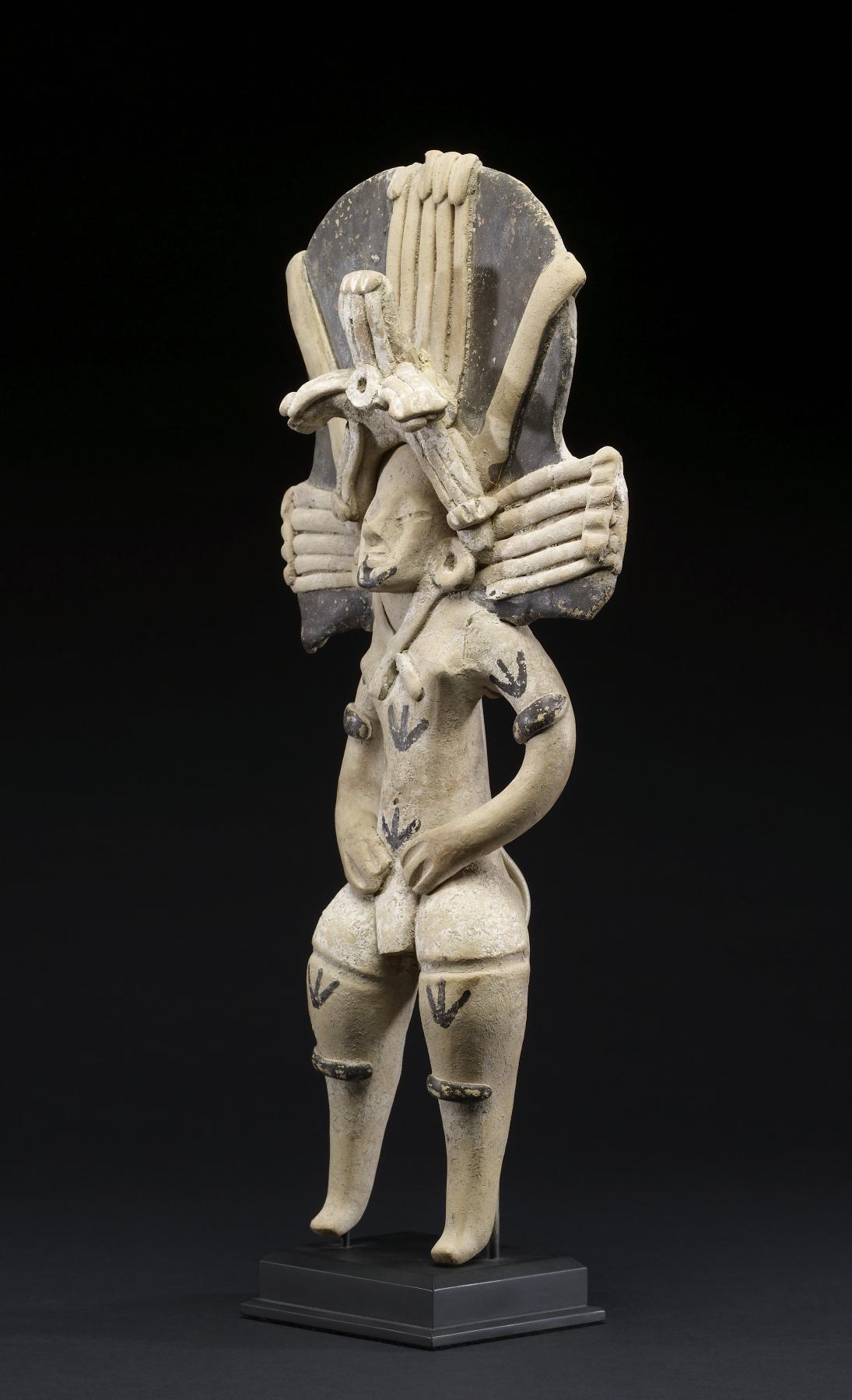 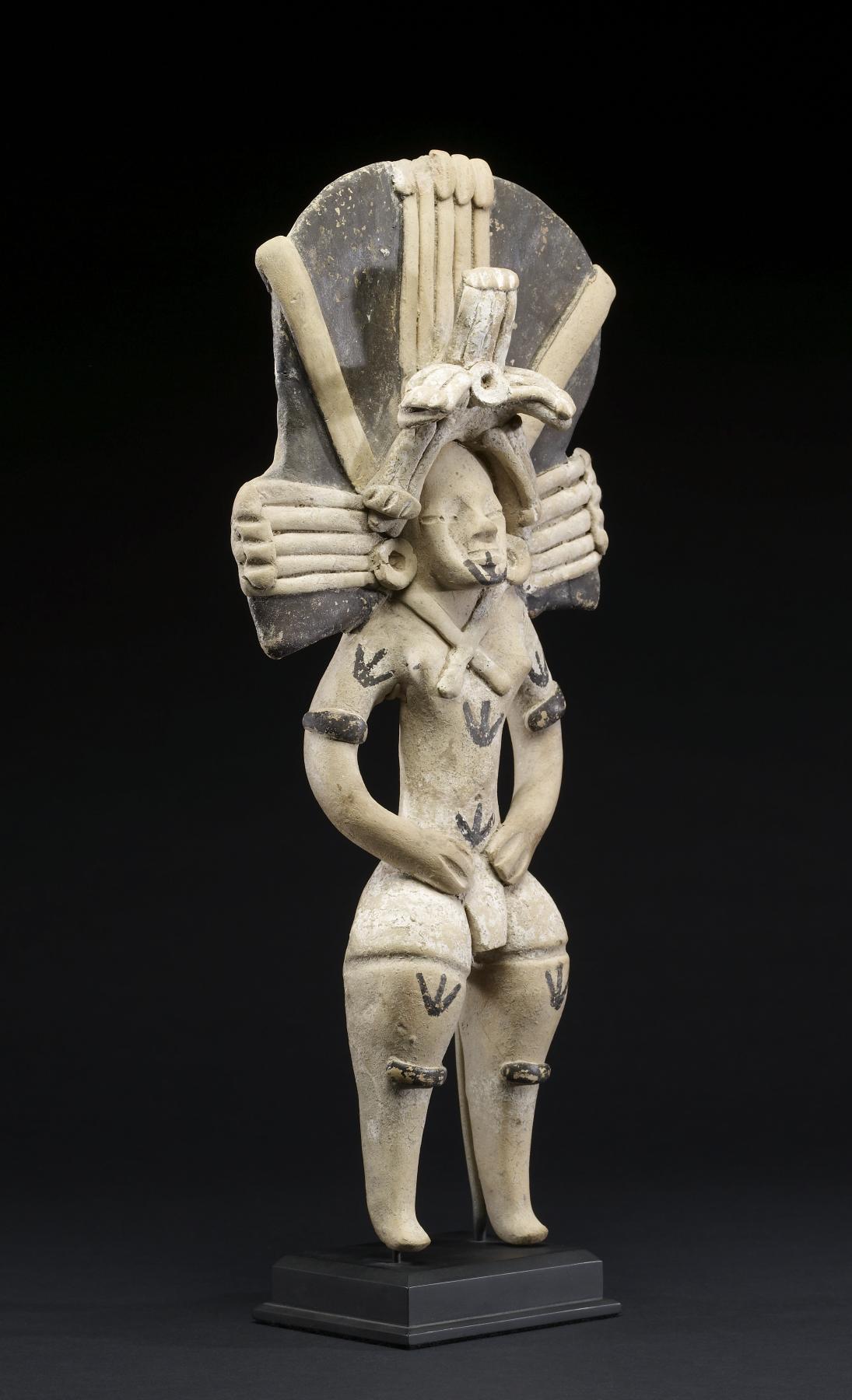 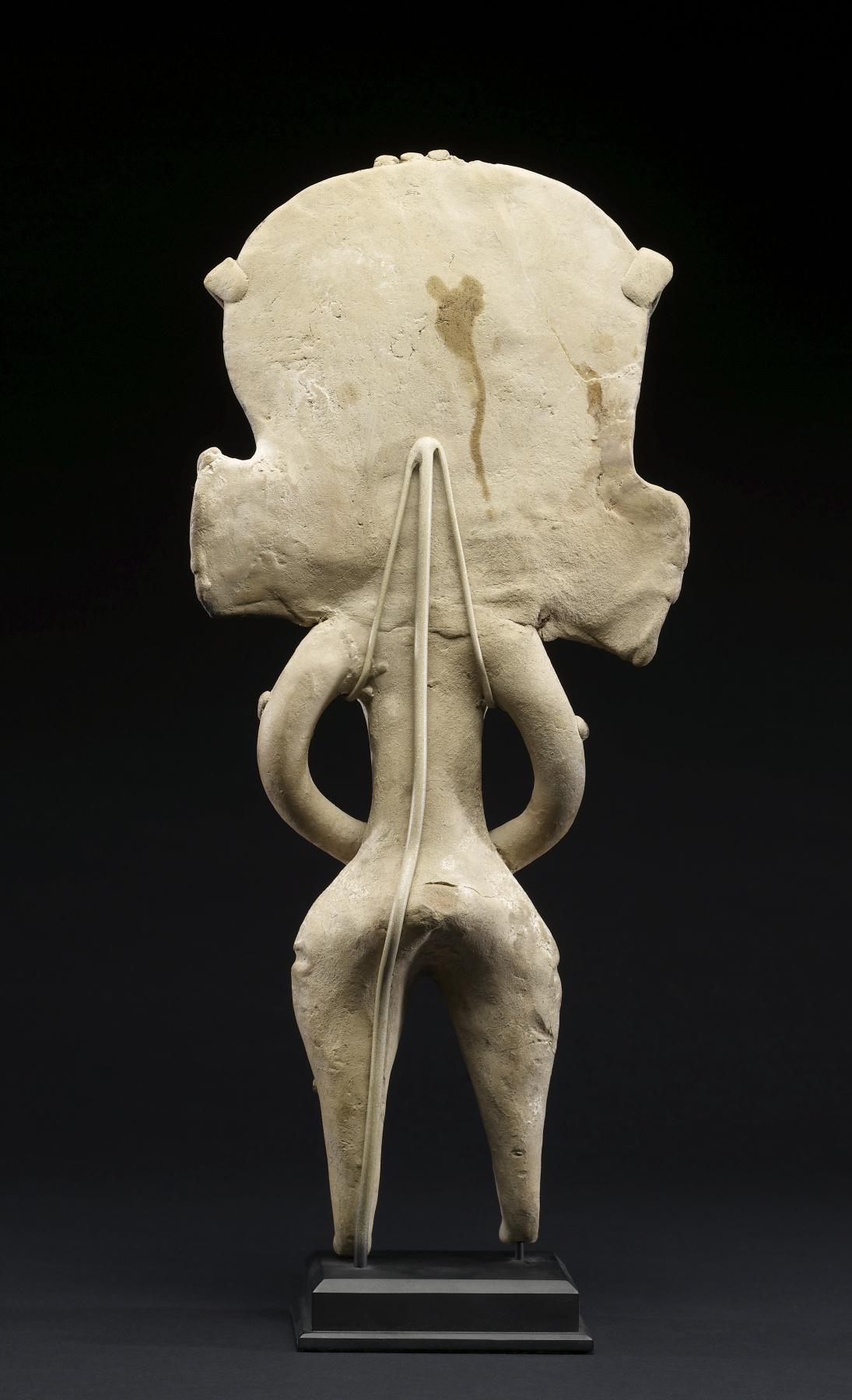 The ritual ballgame was especially popular among many societies of the Gulf Coast, the Classic Period site of El Tajín being famous for its eleven formal ballcourts adorned with stone, stucco, and painted decoration. Ceramic and stone representations of ballplayers were produced in large numbers throughout Veracruz; the Huastecs of the north are well known for pottery figurines depicting these athlete-performers. Although most of the figurines portray males, female players are frequently represented in Huastec art, their production spanning at least six hundred years. This figurine is identifiable as a ballplayer by the knee and elbow pads, although her bent arms cover the hips and obscure whatever hip wrap she may be wearing. Instead, a simple pubic cover is visible between her hands. Her elaborate head gear recalls the fanlike ritual headdress of the Postclassic Huastecs, connoting high status, rulership, and/or sacredness. The long groups of feathers and the trilobed element on her forehead constitute a later interpretation of the same diving bird headdress seen on the earlier figurine. Her body and mouth are adorned with seven painted three-pronged motifs resembling a waterbird's footprint. The meaning of this motif is unknown, although the practice of painting the body with symbolic motifs or glyphlike forms dates back at least to the Late Preclassic Period in the Huastec area.