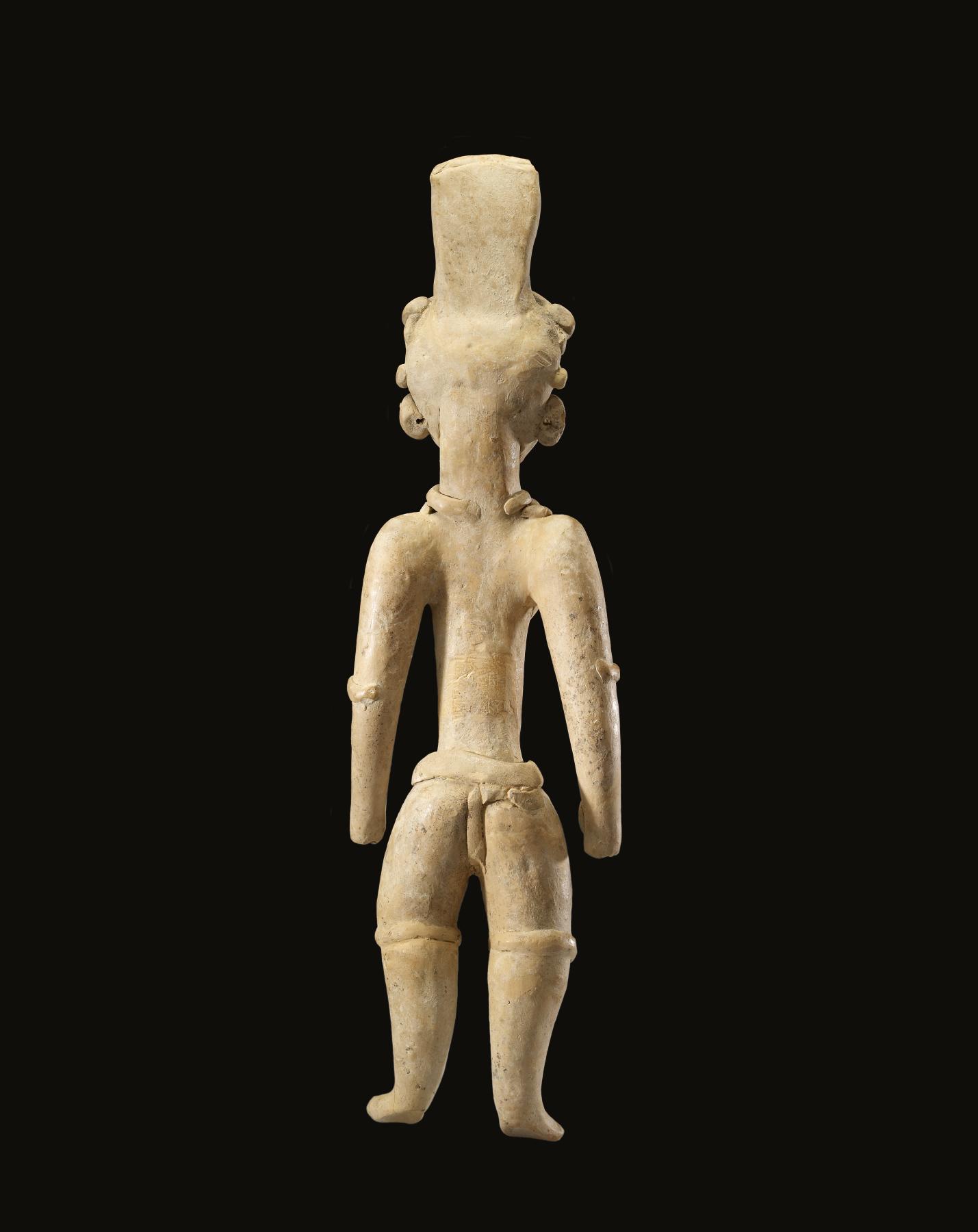 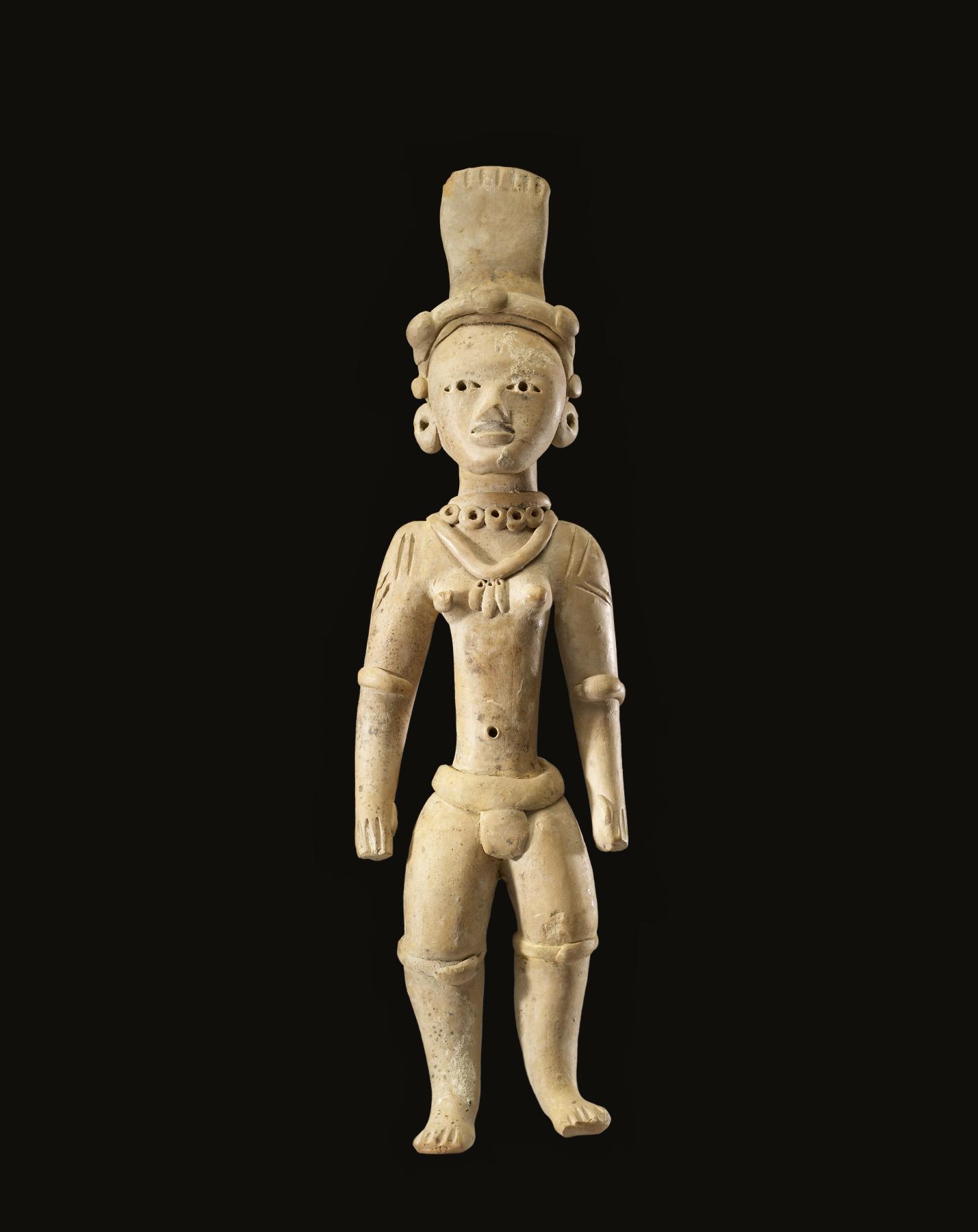 The ritual ballgame was especially popular among many societies of the Gulf Coast, the Classic Period site of El Tajín being famous for its eleven formal ballcourts adorned with stone, stucco, and painted decoration. Ceramic and stone representations of ballplayers were produced in large numbers throughout Veracruz; the Huastecs of the north are well known for pottery figurines depicting these athlete-performers. Although most of the figurines portray males, female players are frequently represented in Huastec art, their production spanning at least six hundred years. The Classic Period figurine wears the usual hip wrap ("yoke"), elbow pads, and knee protectors of Mesoamerican ballplayers. She sports the head wrap and erect panache of feathers (portraying a diving bird) typically seen on other Huastec ballplayer figurines. Her personal adornments include wide earflares, a choker necklace of spherical beads, and a longer necklace with three celtlike pendants; such jewelry was usually made of jadeite. Body paint or intentional scarification lines embellish her shoulders, another feature frequently seen on ballplayer portrayals.