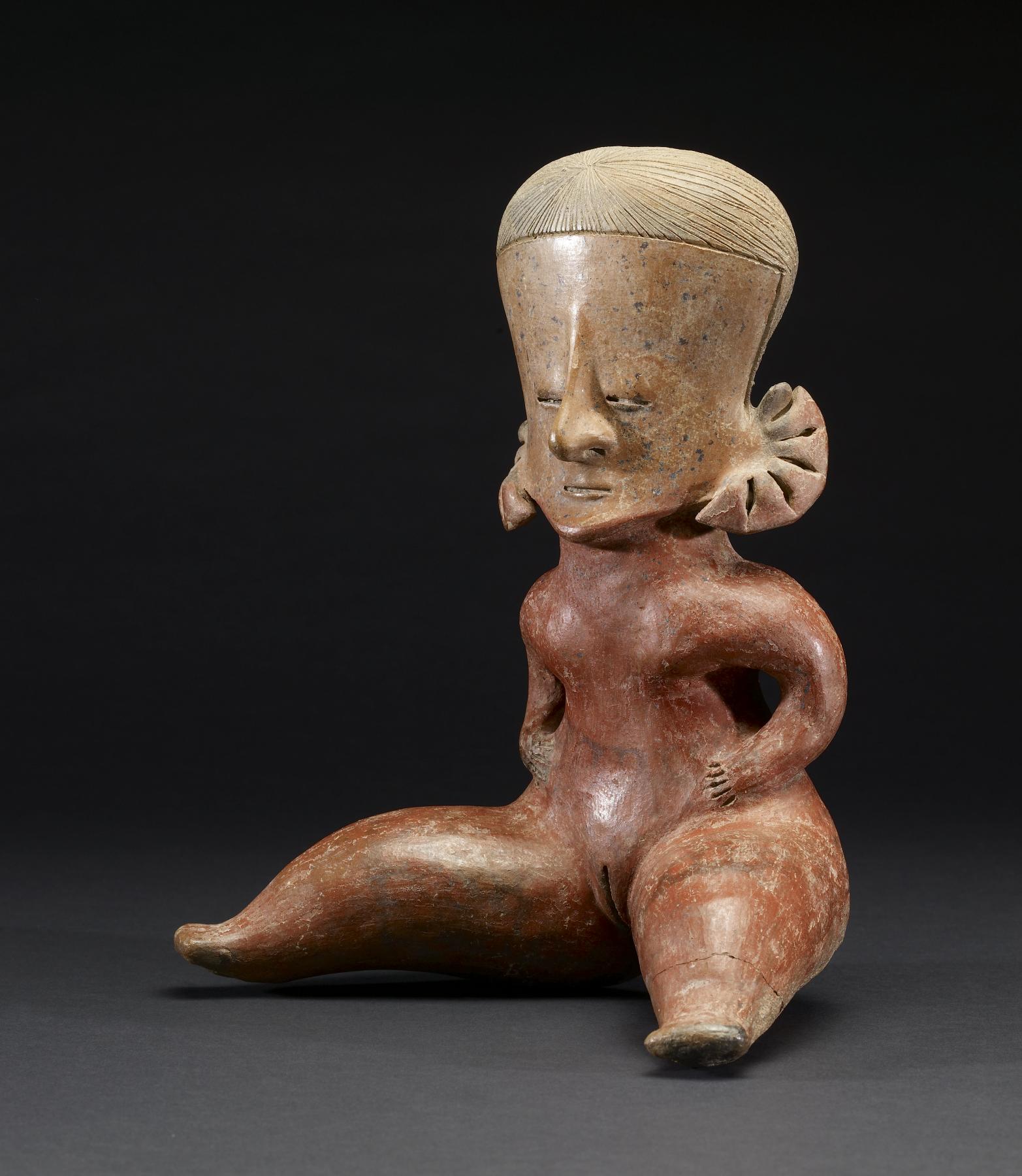 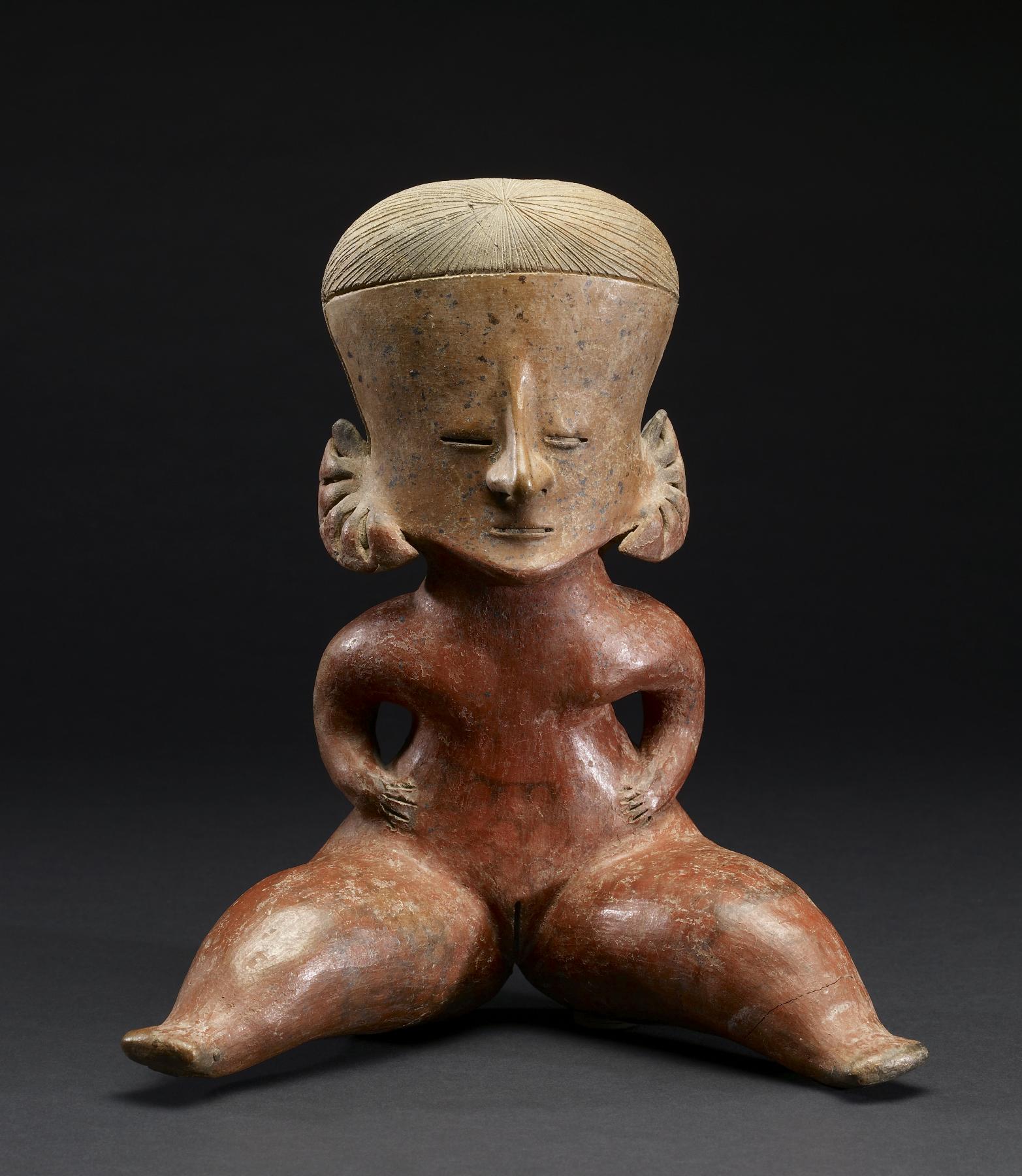 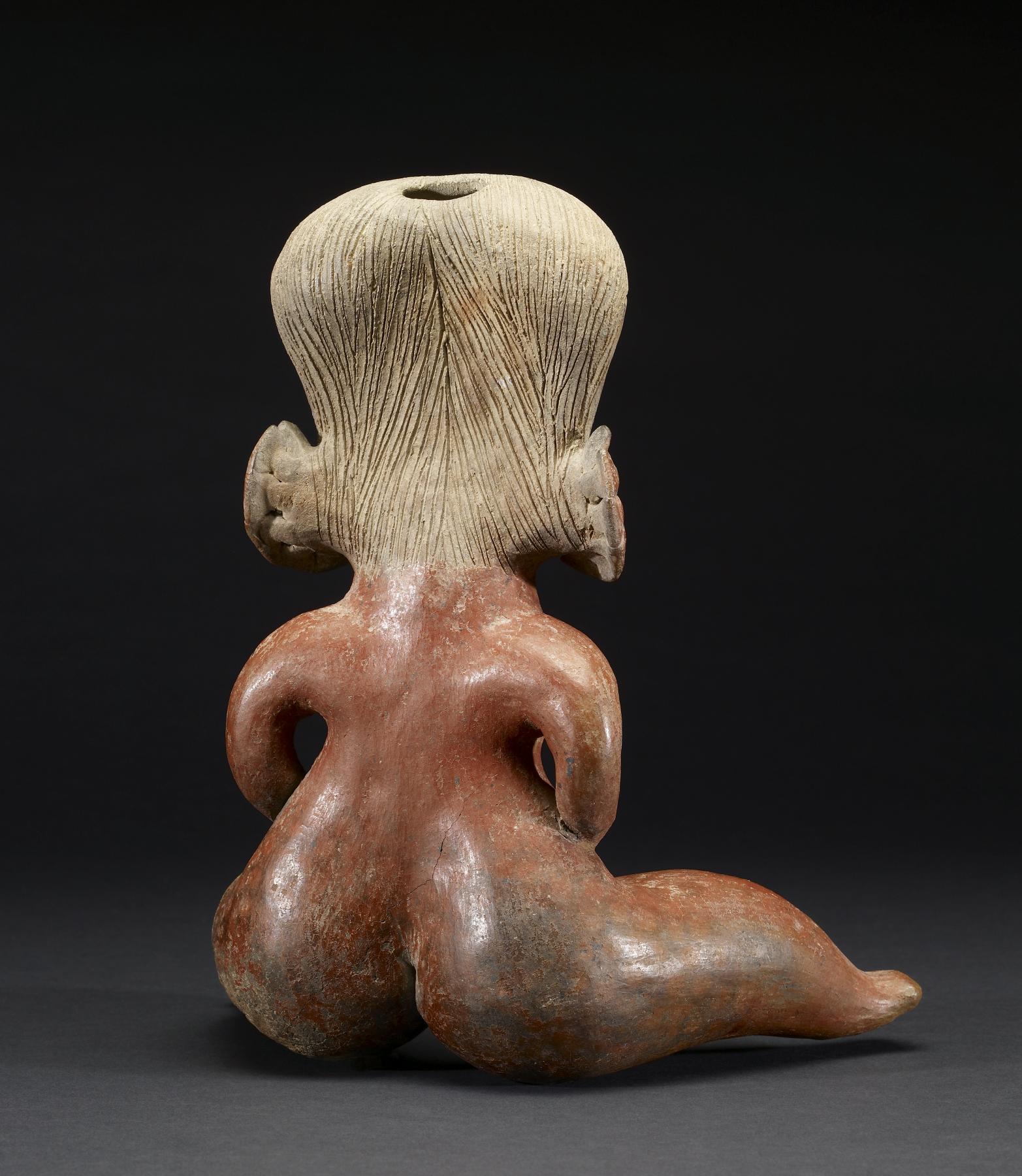 This exceptional exploration of the human form has a number of characteristics that underscore the fact that ancient artistic styles throughout West Mexico do not conform to modern political boundaries despite our use of Mexican states to name the region's ancient cultures. The facial features and figural abstraction attest to connections between the San Sebastián Red style of Jalisco and the Lagunillas pottery sculptures of adjacent Nayarit. The female figure's facial serenity matches that of the man (2009.20.32), although the focus is not her face but rather her voluptuous body. Small, curved arms and rounded legs with delicate feet create an undulating form of lyrical beauty. Sexual maturity is the implicit narrative of this sculpture, implied by the open position of the legs, the hands framing the figure's pelvic area, the articulation of her genitalia, and the use of negative-resist decoration on her abdomen and thighs to draw attention to her reproductive gift. The ample thighs and voluptuous buttocks emphasize the theme of reproductive health and vitality.