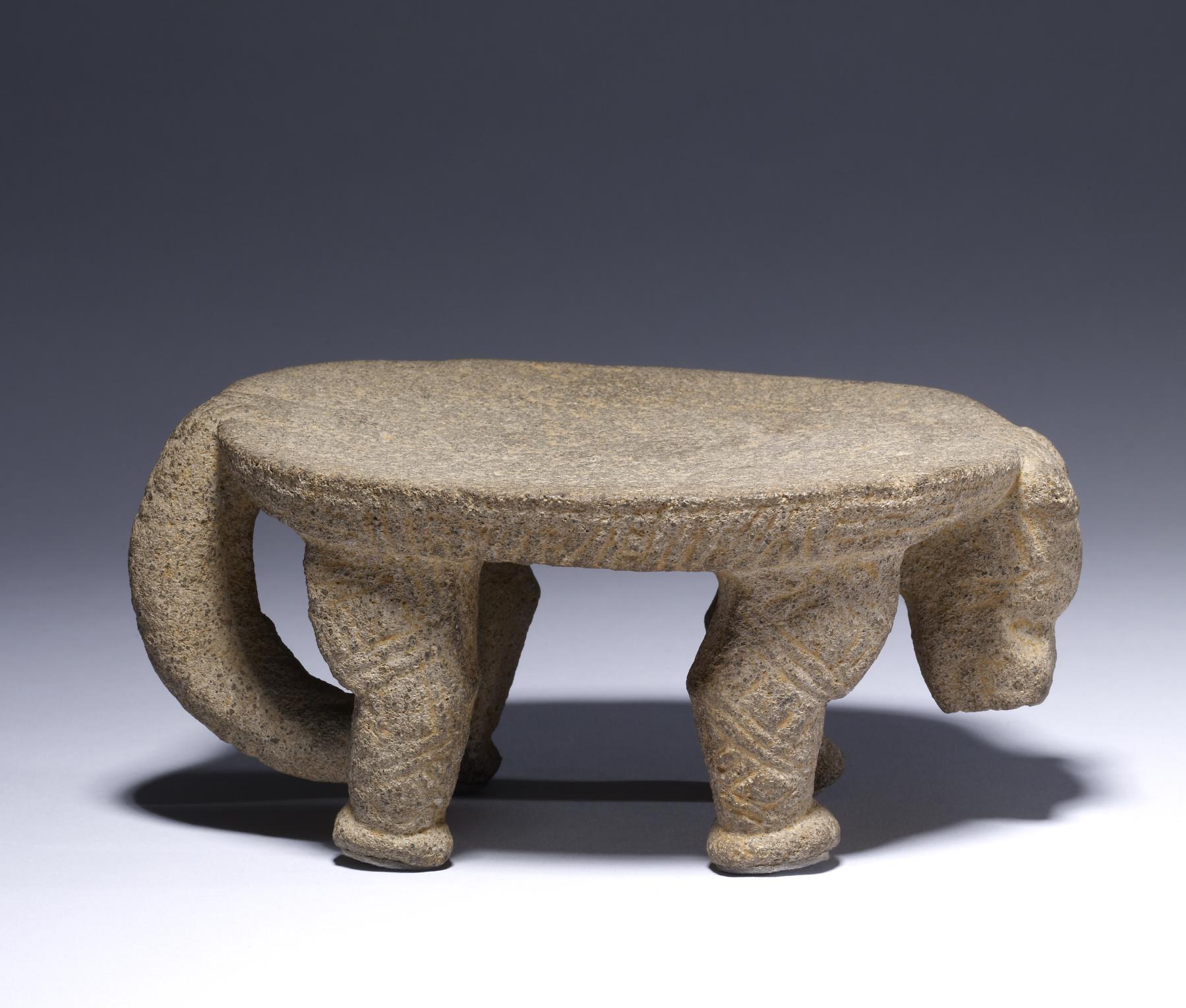 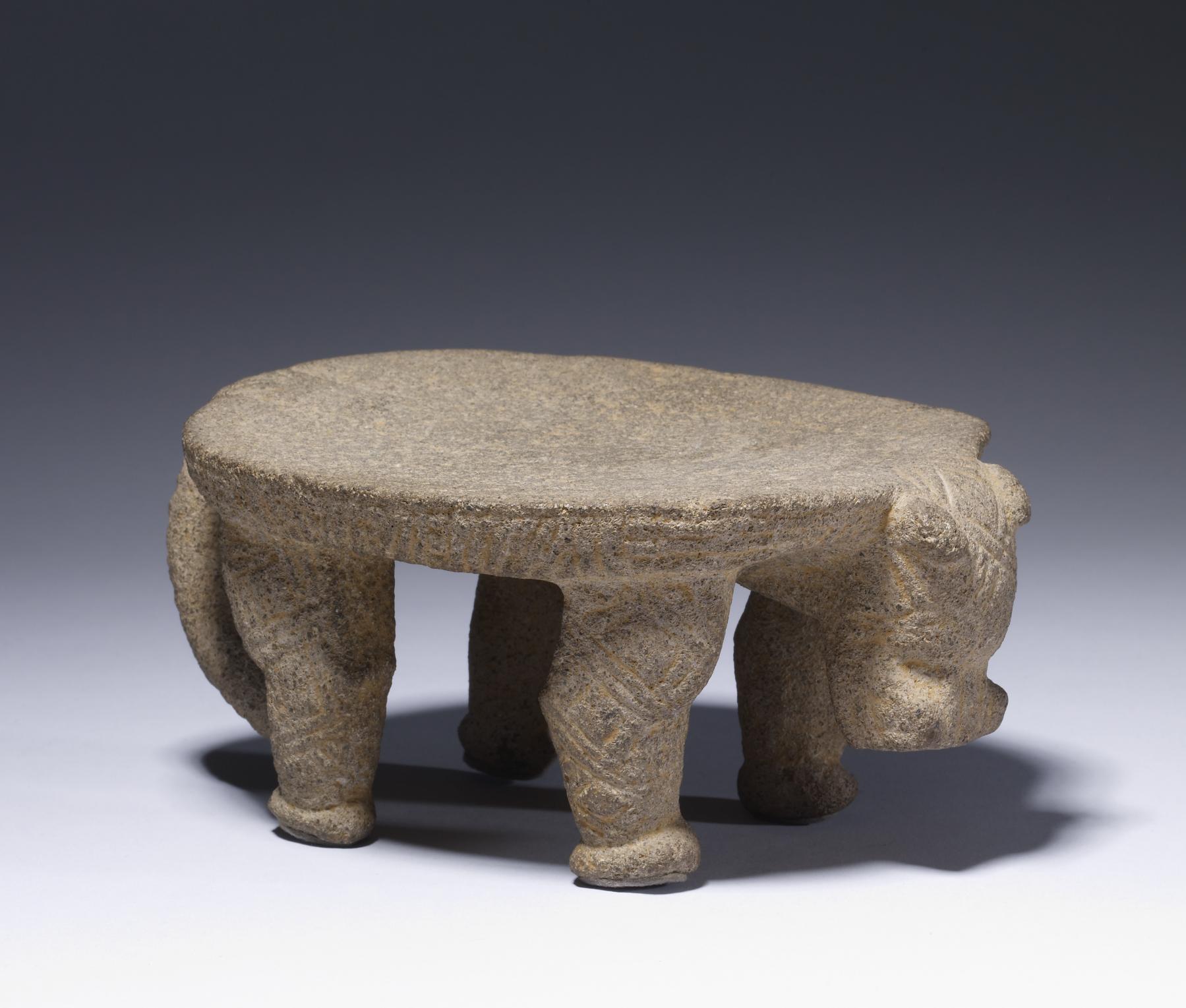 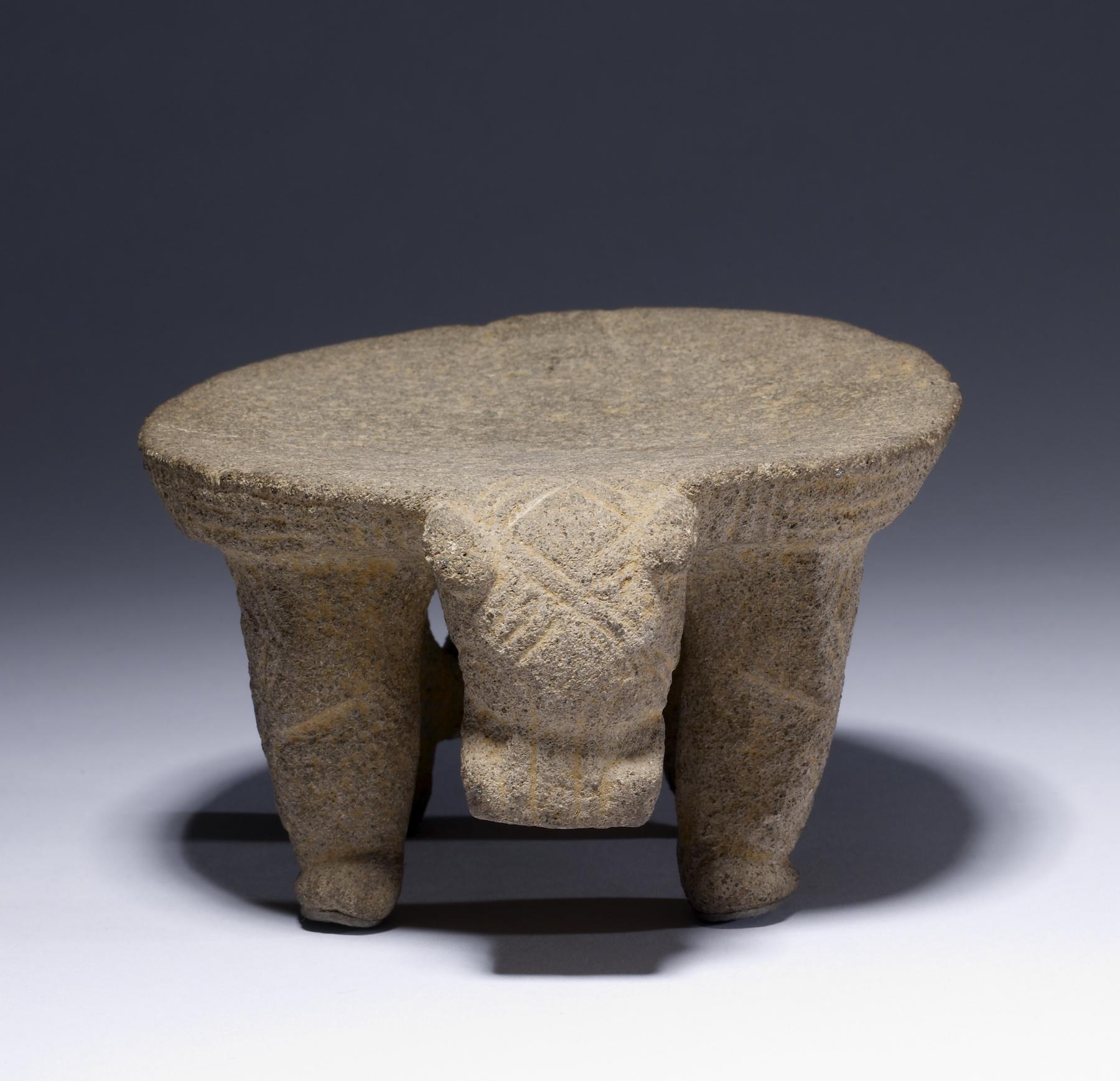 In 1502, the Spanish observed monolithic carved "boards" being used as funeral biers, their animal imagery identified as clan symbols. Other early accounts mention the use of similar but smaller "tables" to grind tobacco and other hallucinogenic materials used during shamanic religious rituals. Spanish missionaries destroyed many of these stone artworks because of their association with "pagan" rites. Equally unfortunate is the lack of descriptions by the early chroniclers of indigenous religious beliefs and myths as well as the dramatic population decline due to European diseases to which the native peoples had no natural immunity. As a result, little has survived to illuminate the religious and social beliefs of the societies of ancient Costa Rica. The paucity of data severely hinders our ability to interpret the meanings of the imagery in all media including these carved "grinding stones" which seemingly were key objects of ritual use throughout the region. This small metate, or grinding stone, is carved in the form of a feline, its geometric designs recalling a jaguar's patterning while simultaneously making reference to decorated cloth. As such, this rendering can be interpreted as the portrayal of a shaman in his animal spirit form. The predominant hunter in the American forest, the jaguar is a foe to all living beings. Its ability to traverse earth's three main environments-from climbing trees to swimming through deep water to living in caves-and its seemingly magical capacity to hunt in the darkness of night make the jaguar a formidable spirit companion.