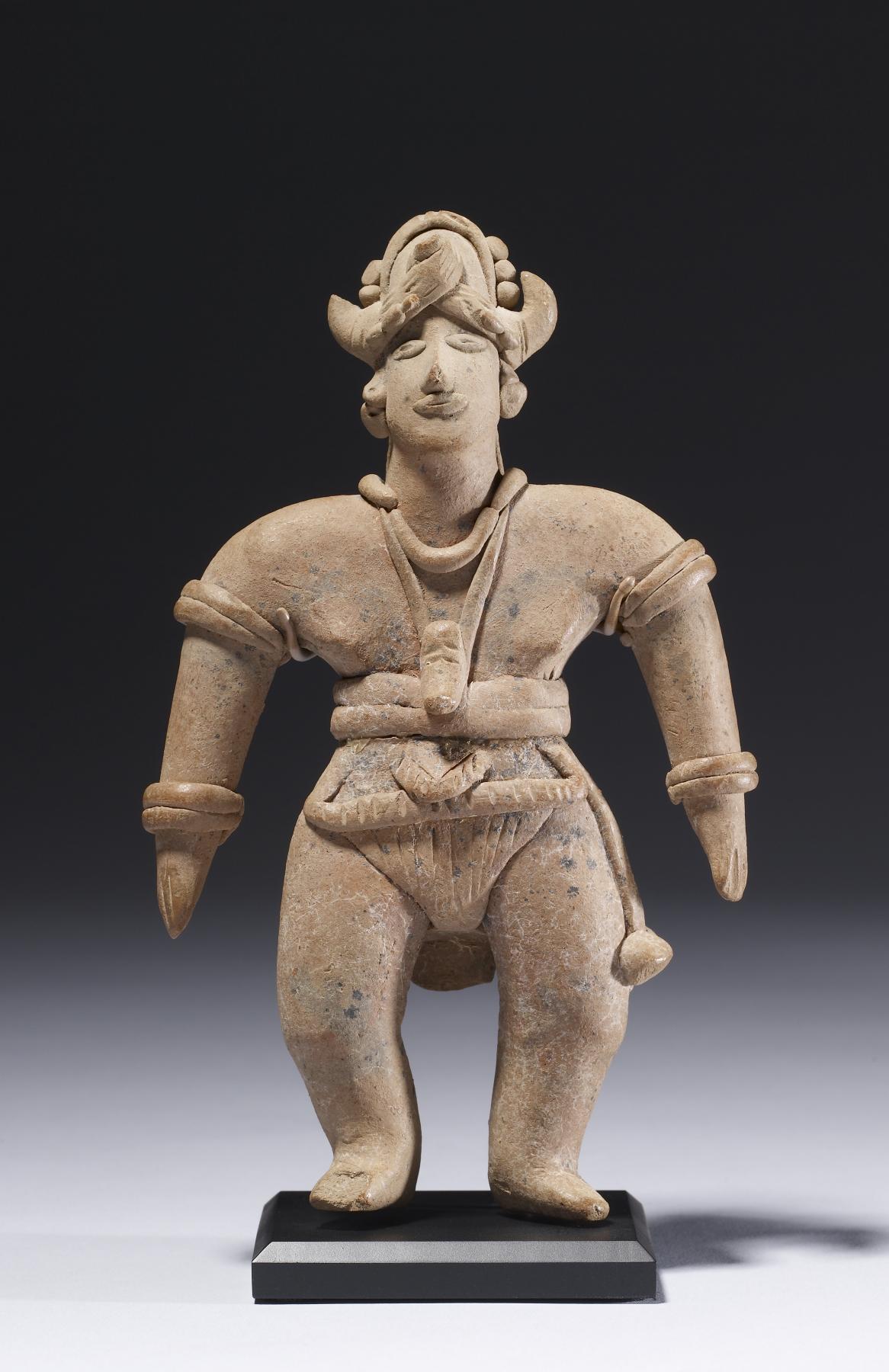 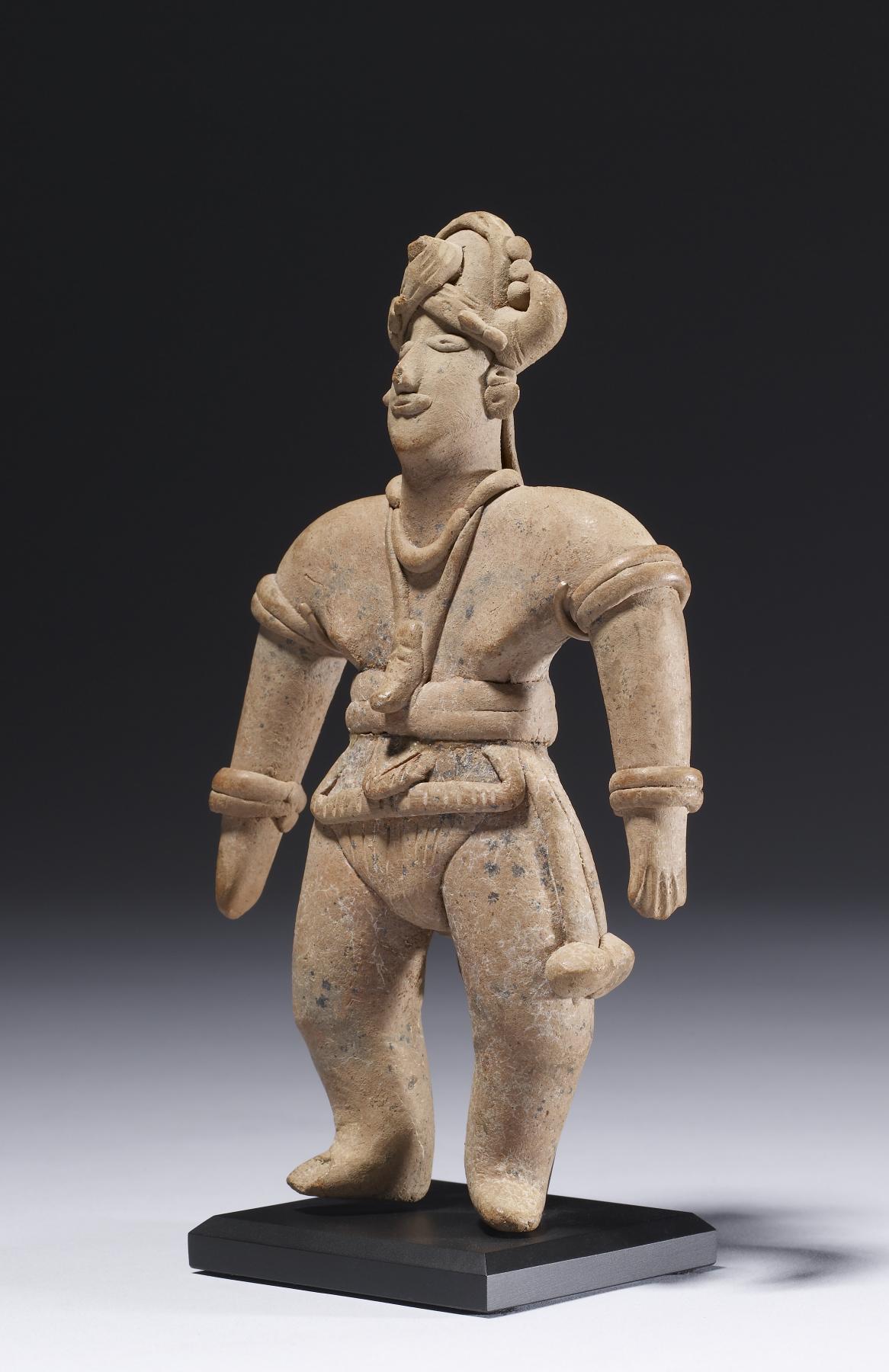 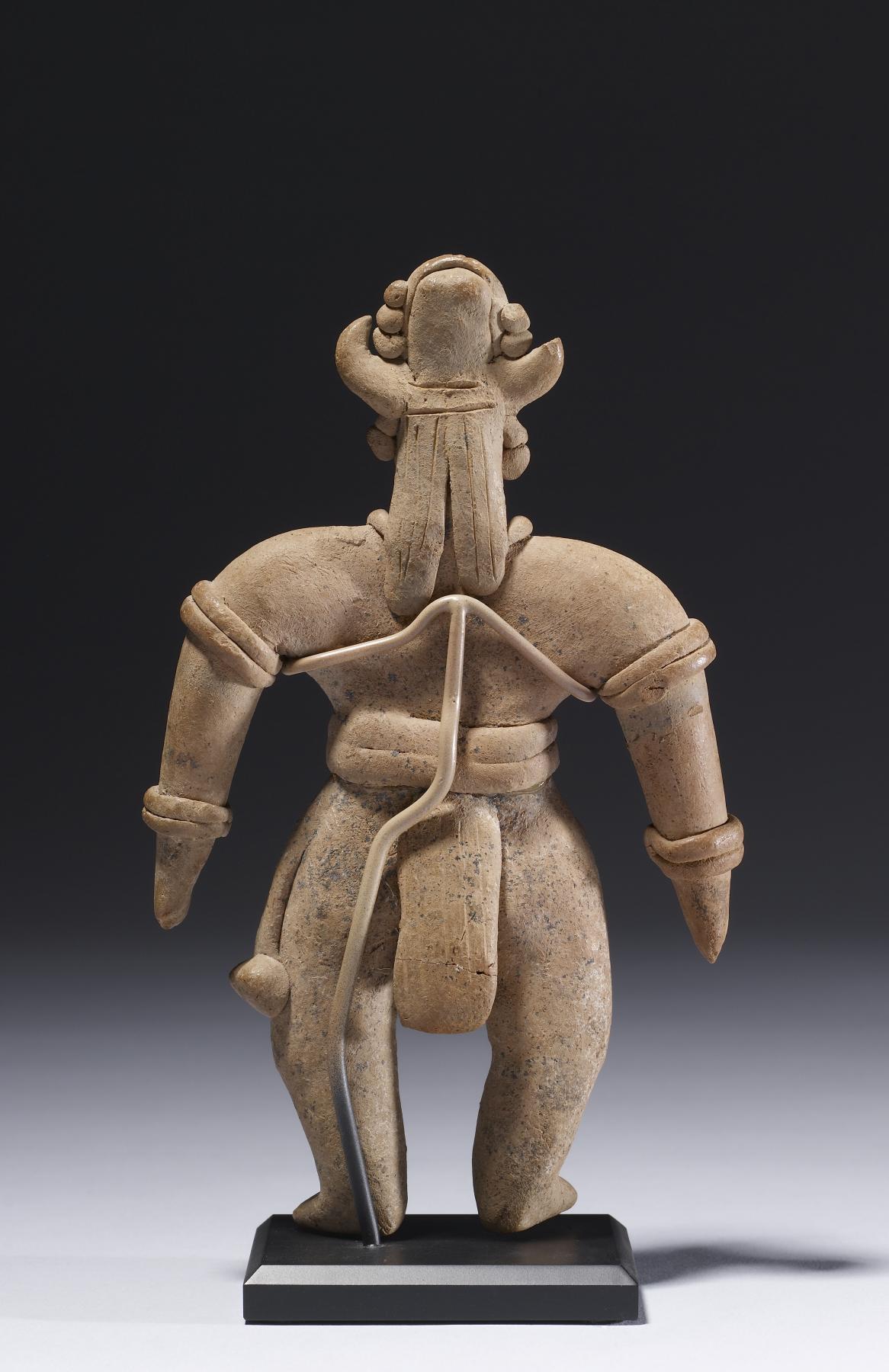 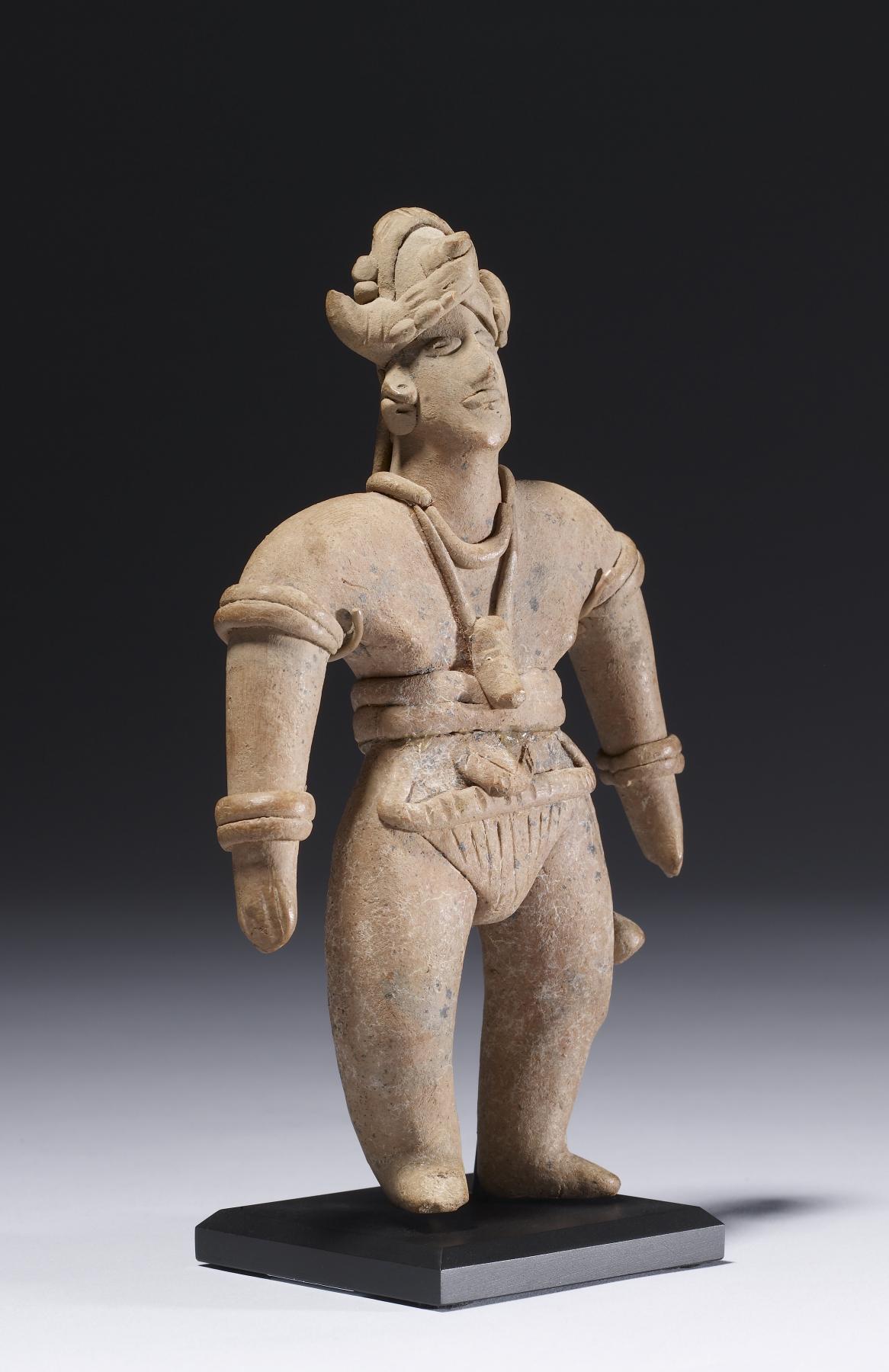 The Mesoamerican ballgame was part of a ceremonial complex that included dance, music, and drama, and often was associated with warfare and solemn rites of cosmic renewal. Its ceremonial components-from parades to ritual dance performances to sacrificial rites-constituted a potent collective activity that reinforced social cohesion. Given the importance of these ceremonies, it is not surprising that Mesoamerican art is filled with portrayals of ballplayers as performers. Whether the Tuxcacuesco-Ortices style figurine depicts a ballplayer is uncertain, although the wide belt is characteristic of such portrayals. This one may represent a female, suggested by the slightly enlarged breasts, although gender is often ambiguous in Tuxcacuesco- Ortices figurines. The figure's loin covering resembles the male loincloth but also recalls the bound-grass covering worn by females. This figurine is further notable for the hornlike protuberance on the forehead, although it remains uncertain whether it represents a shaman's horn, an emblem of power, or some other headdress element. 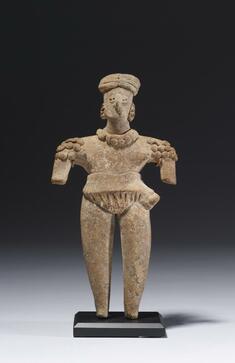 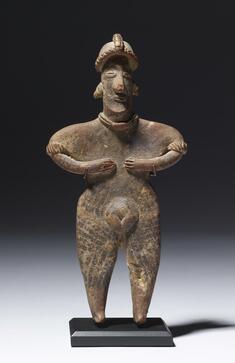 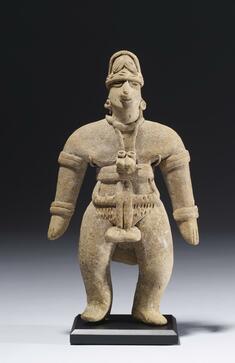