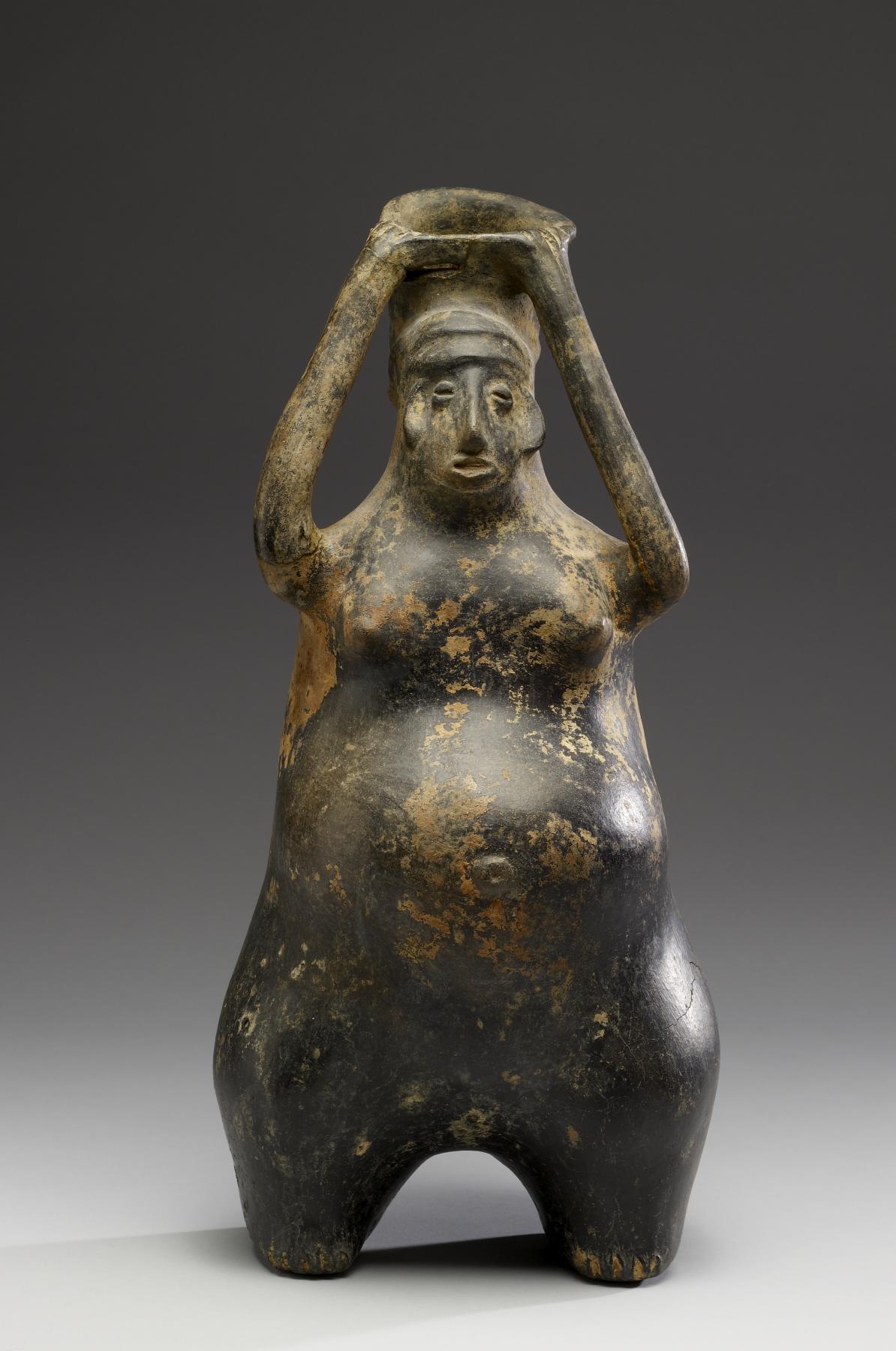 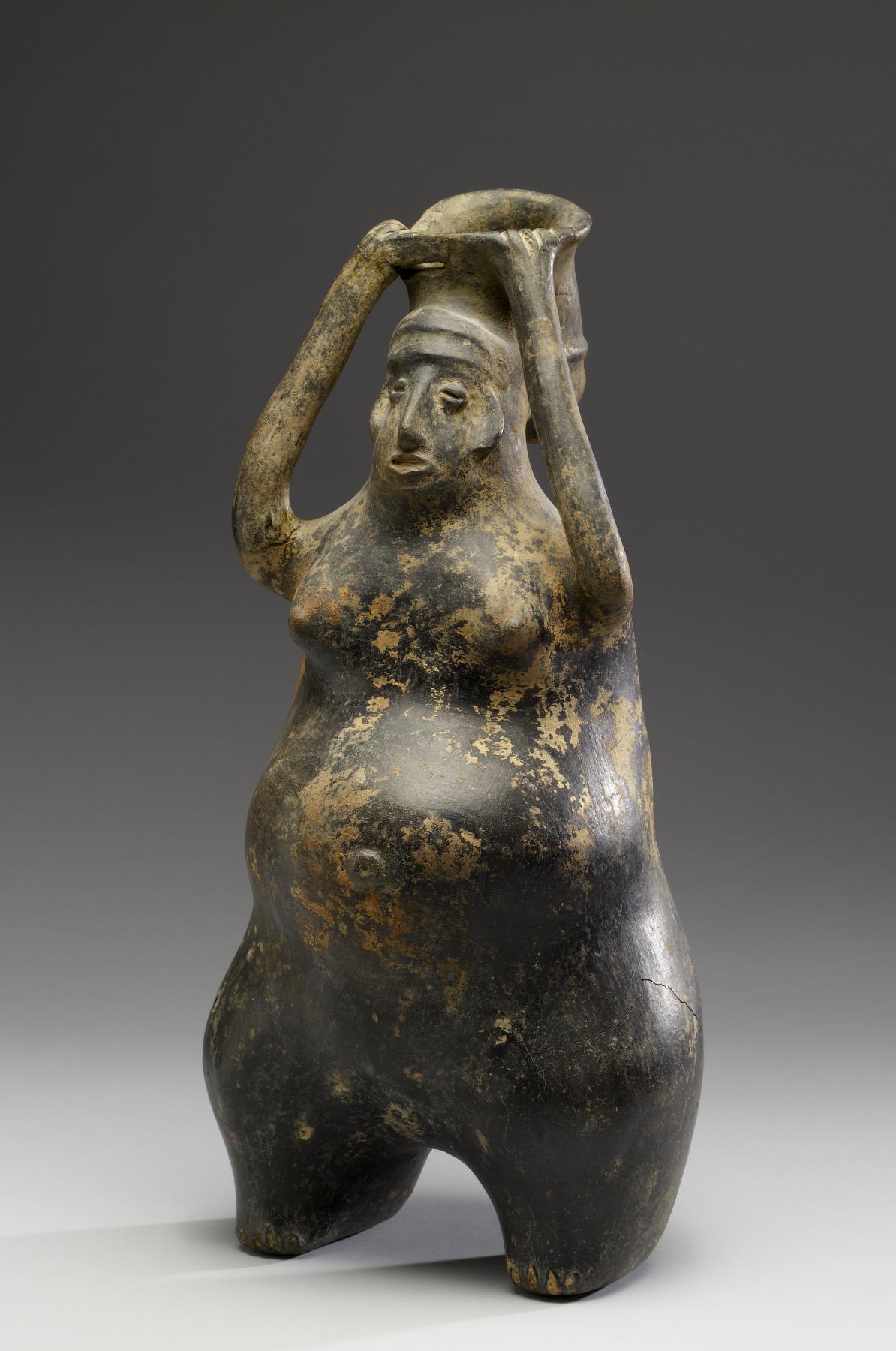 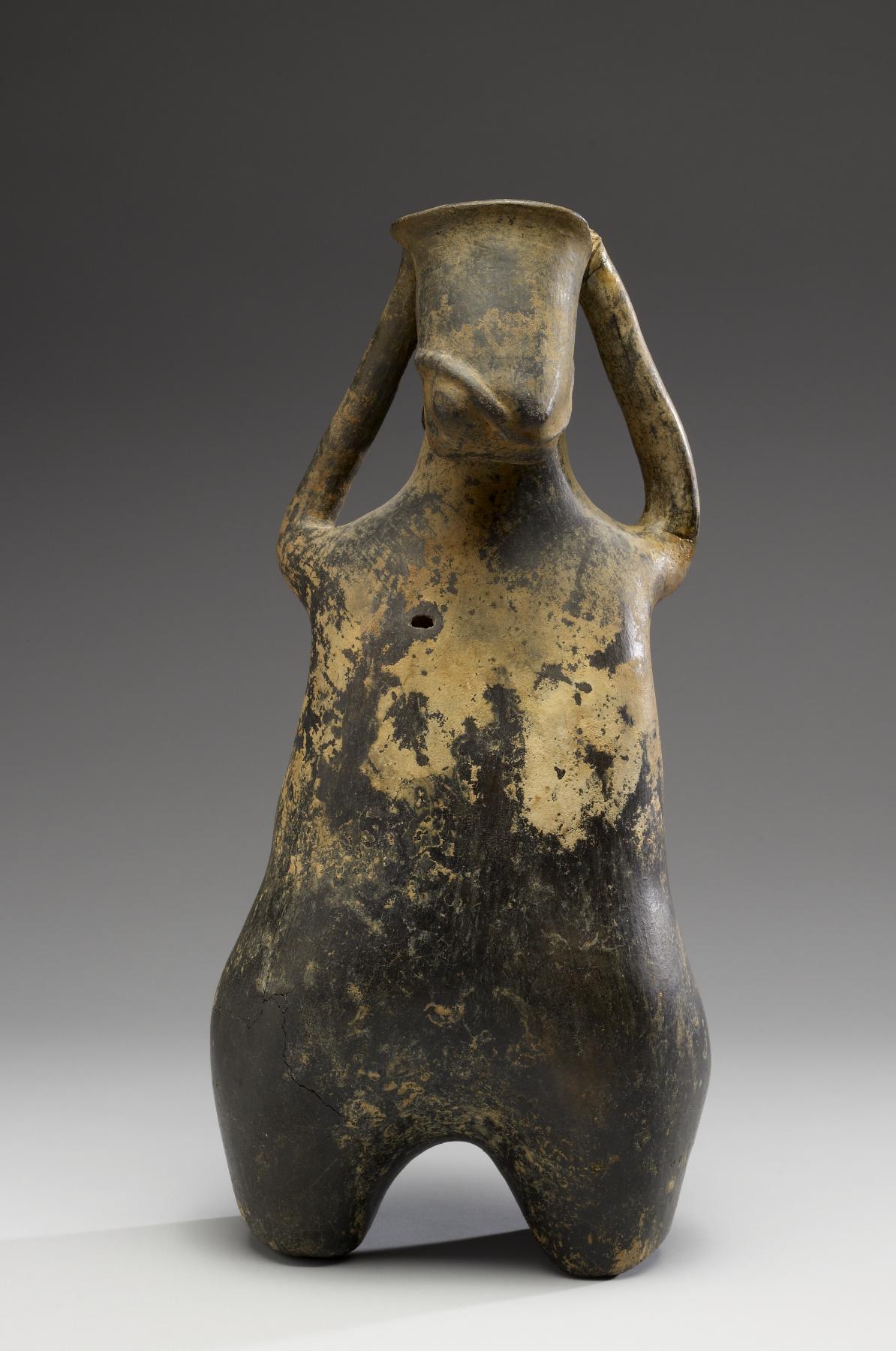 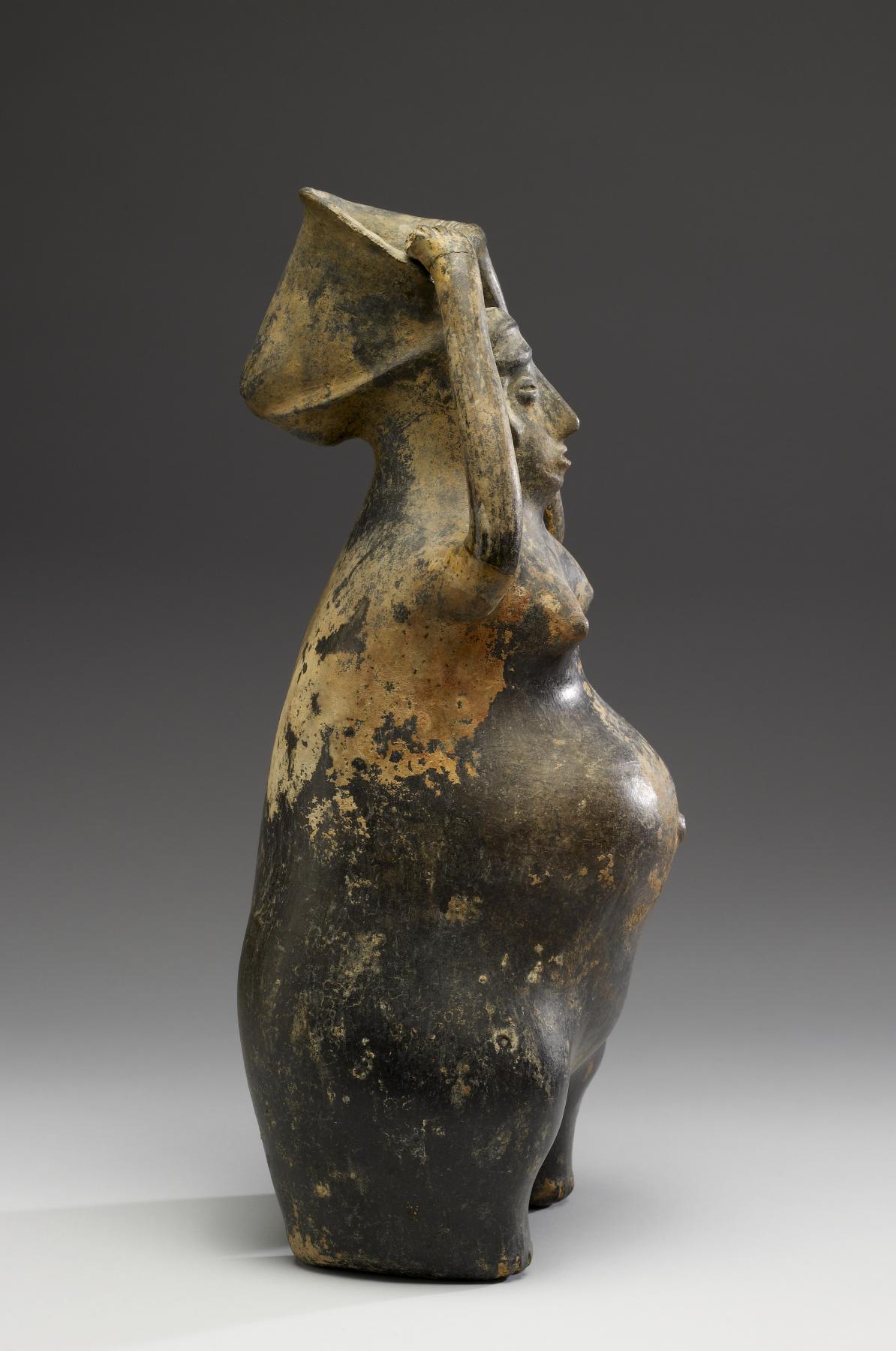 The substantial legs and long, ropelike arms are characteristics of artistic styles of southern Nayarit. Yet the proportions of the head and the open basket carried on the figure's head follow neighboring Jalisco traditions. The woman grasps the rim of a four-footed basket that is secured to her head by a tumpline enlaced around its base. When viewed from the front, however, the lady appears to grab the edge of the vessel, that is, her own body. This is a wonderful dual-reference artwork: we are to understand the piece as a sculptural rendering of a woman carrying an urn-shaped basket on her head whereas her figural position accentuates identity of the object as a vessel. The woman is depicted nude and devoid of adornment. Such figural simplicity highlights the tiered curvature of the jar-wide at the bottom and gracefully tapering inward as it rises into a classic Mesoamerican jar form. The woman's ropelike arms serve as an elegant visual directive focusing the eye upward to the vessel's orifice-that is, the basket behind her head. When viewed in profile, the lady's pregnant condition is obvious. The primary message imparted by this vessel-as-vignette is the visual articulation of a woman's revered role as provider and progenitor.