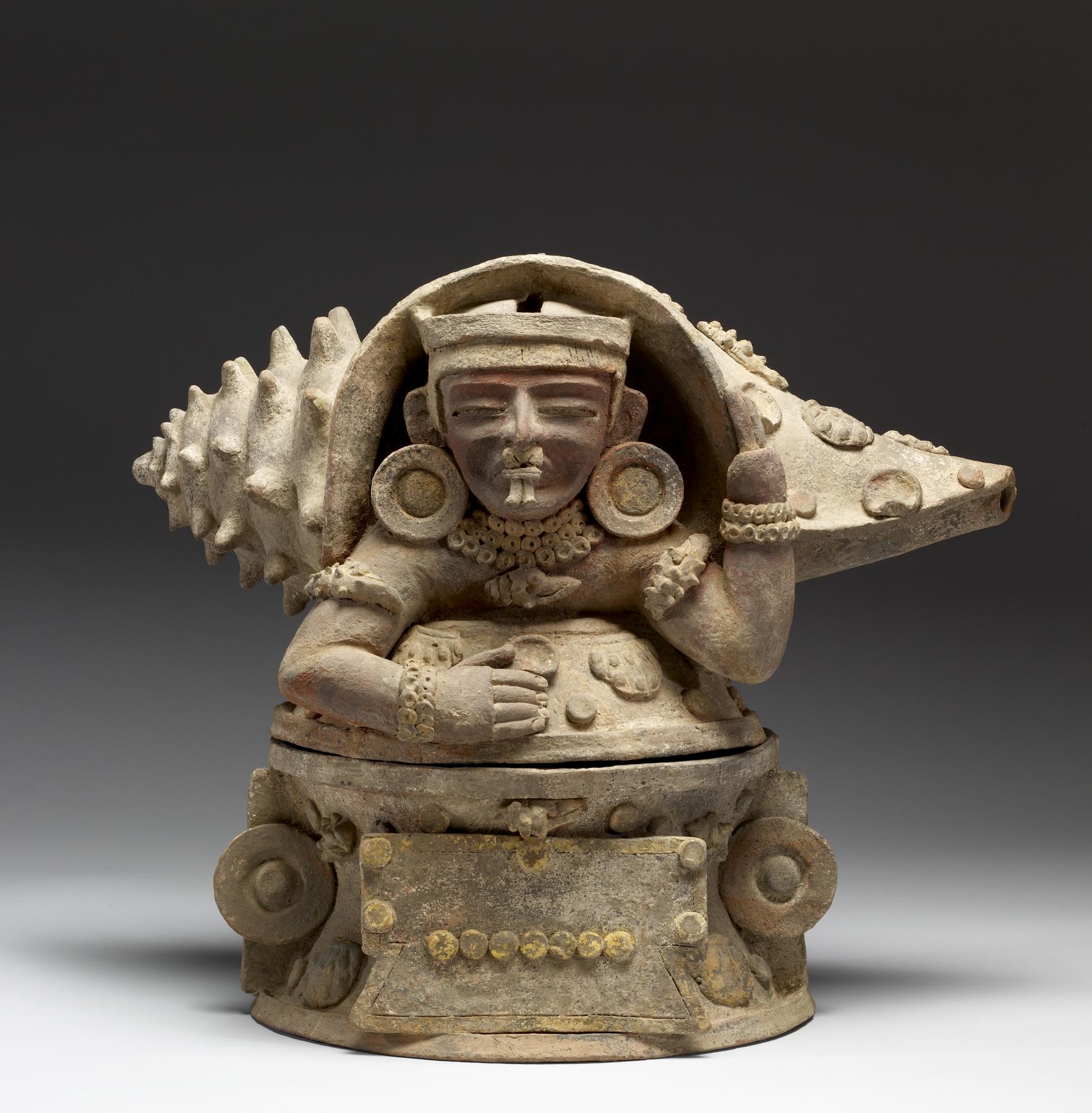 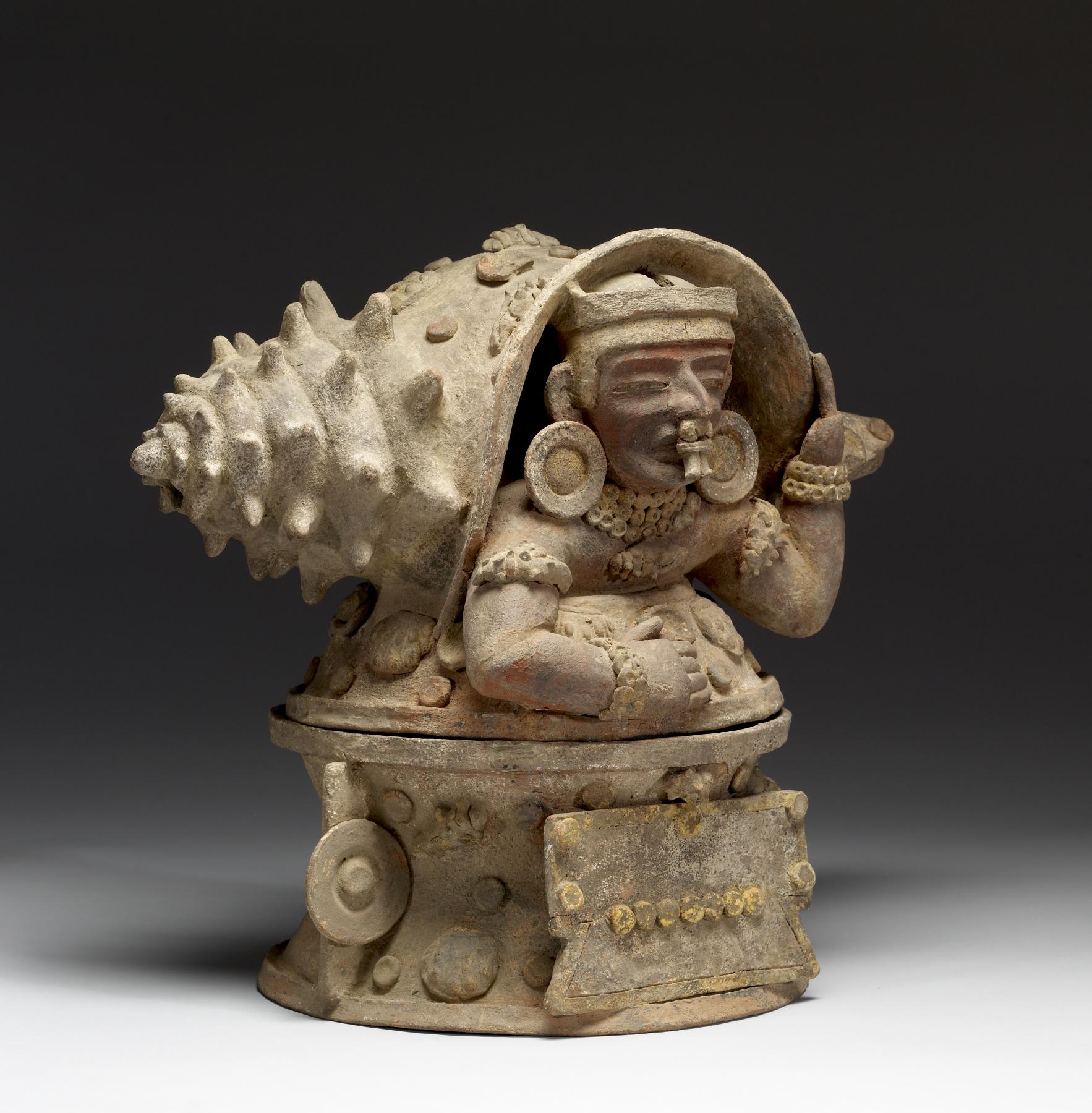 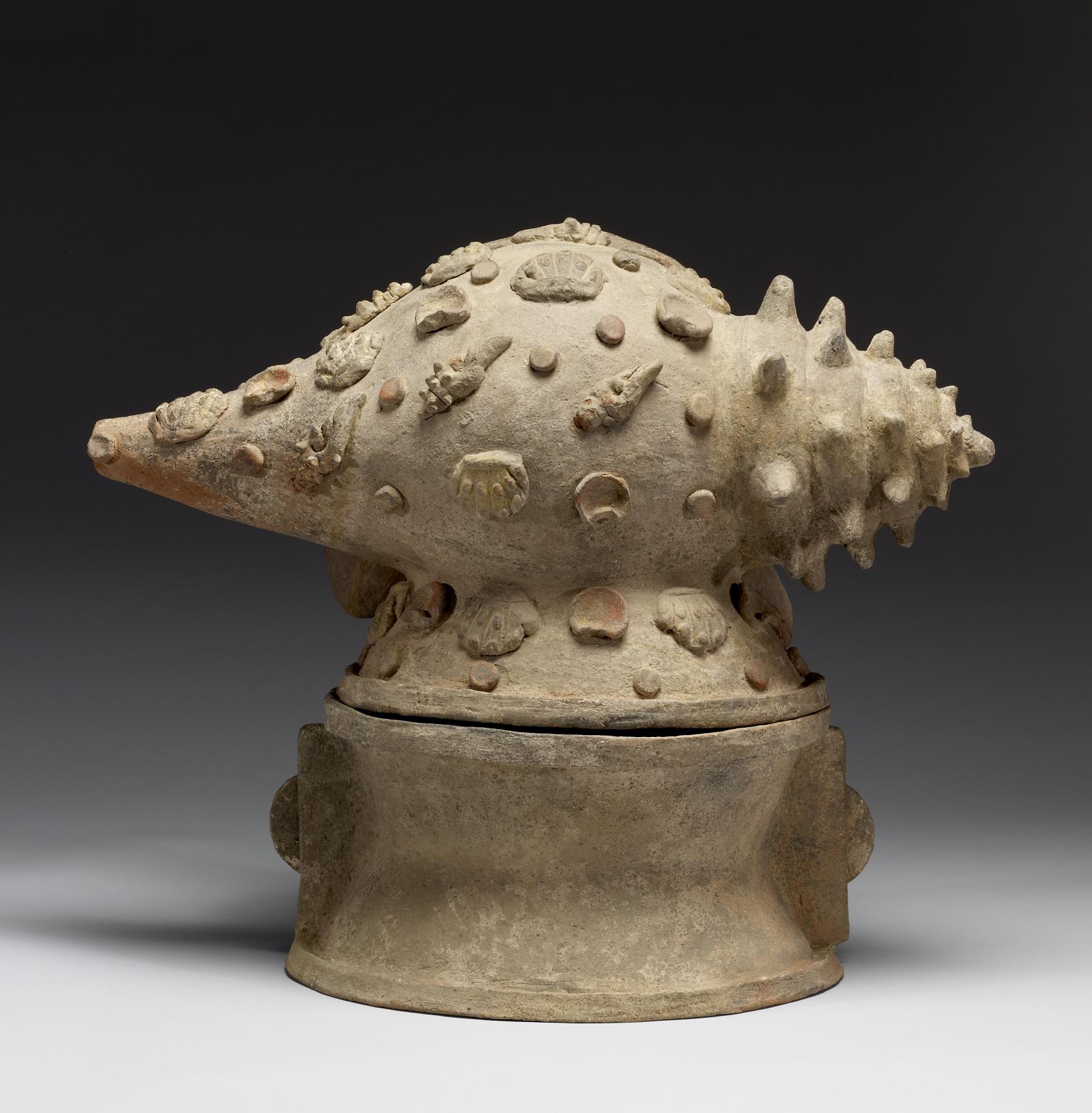 This elaborate incense burner unites a Teotihuacan ritual object with a Maya mythological narrative. It features a supernatural being, perhaps a deified ancestor, emerging from a large shell that symbolizes the entrance into the watery underworld. The figure grasps the edge of the shell with his left hand to aid his emergence into the human realm. He wears a three-strand necklace of round beads; a smaller version of the shell from which he rises dangles on his chest. His upper arms, too, are adorned with one shell each, and double strands of small beads decorate each wrist. The yellow paint of his jewelry may indicate that all were fashioned from shell. The narrative lid sits atop a base embellished with the trapezoidal nose adornment typical of the Teotihuacan elite, and large earflares are attached to each flange at the base's sides. Together these imply an adorned head, perhaps functioning as a personified representation of the earth. The base held the burning coals and incense, the smoke rising into the lid and issuing from large holes at either end of the shell. A thermoluminescence (TL) date analysis of three samples from this incense burner reveals it has been fired within the last 100 years. This could be the result of refiring the object to mask restoration work or it could indicate a piece made recently. 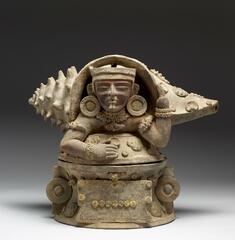 Base for Incense Burner