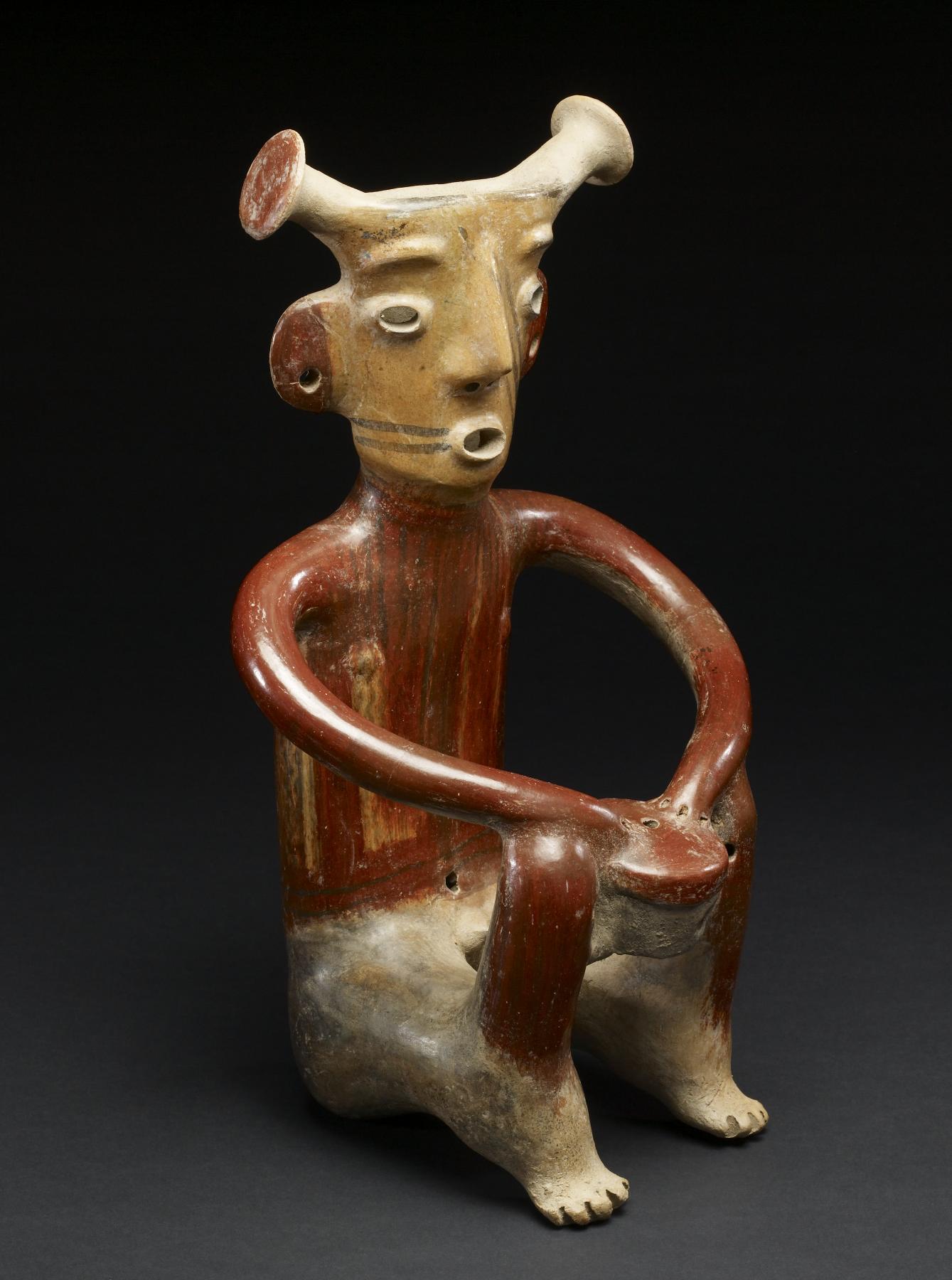 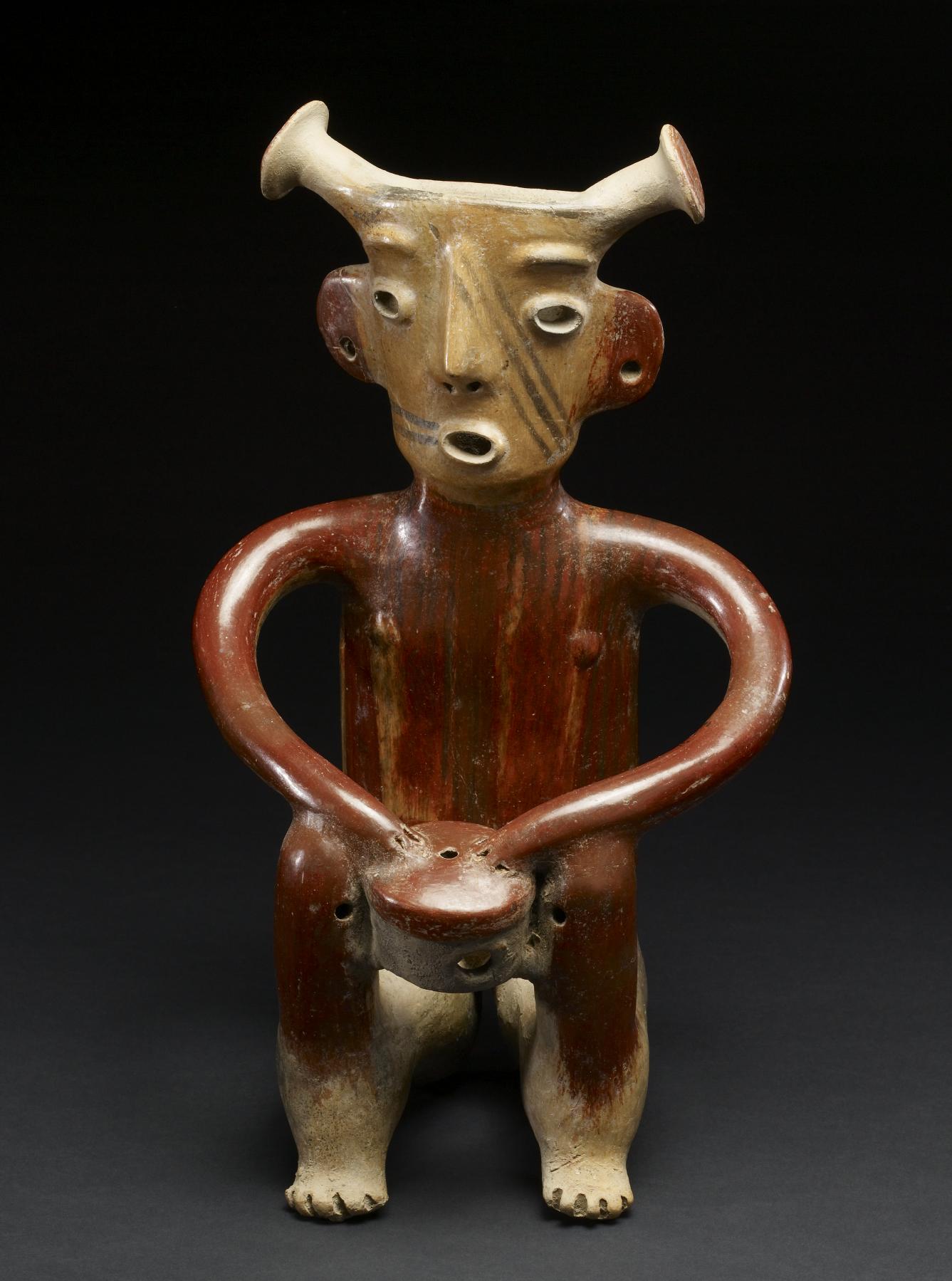 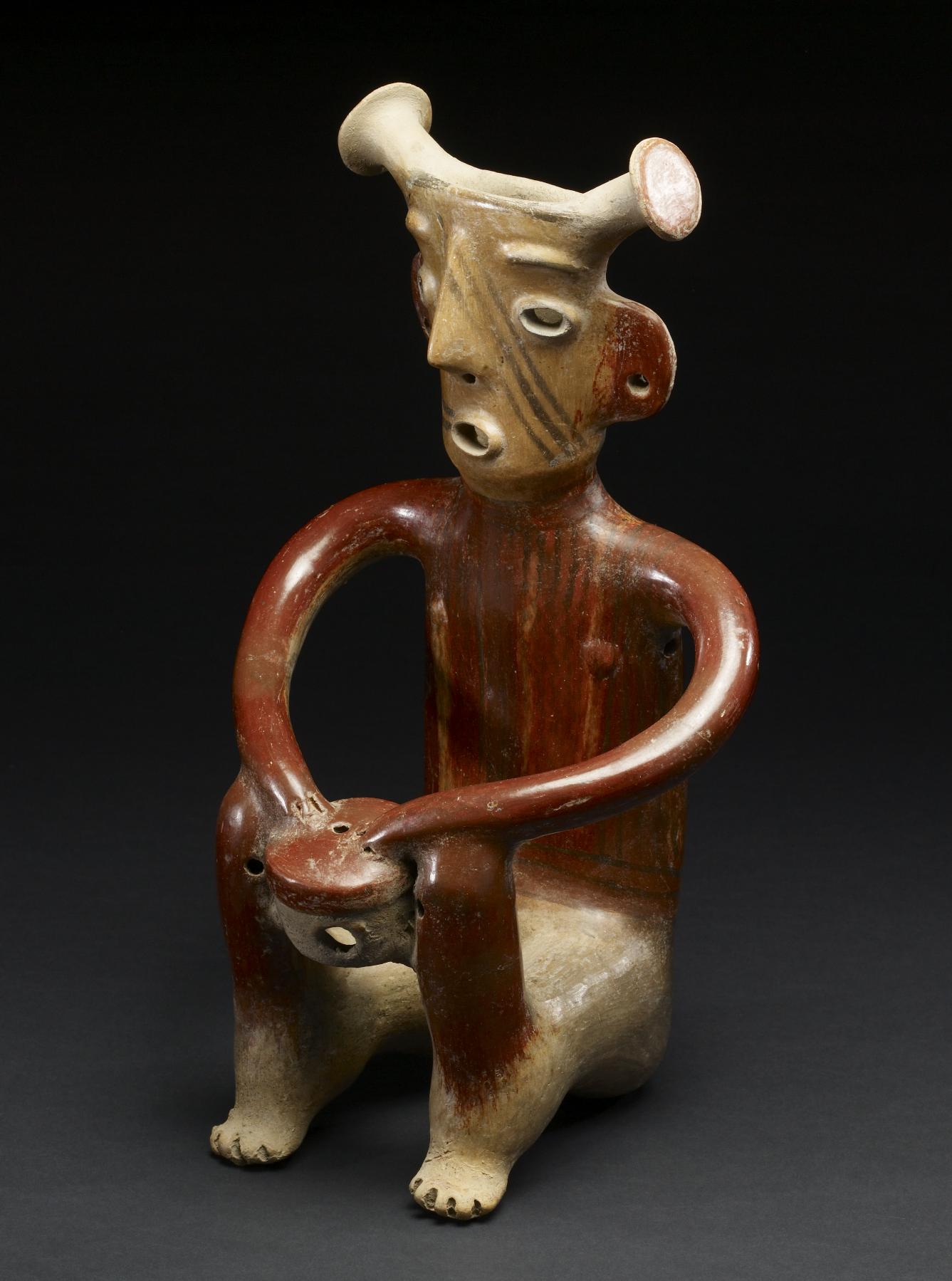 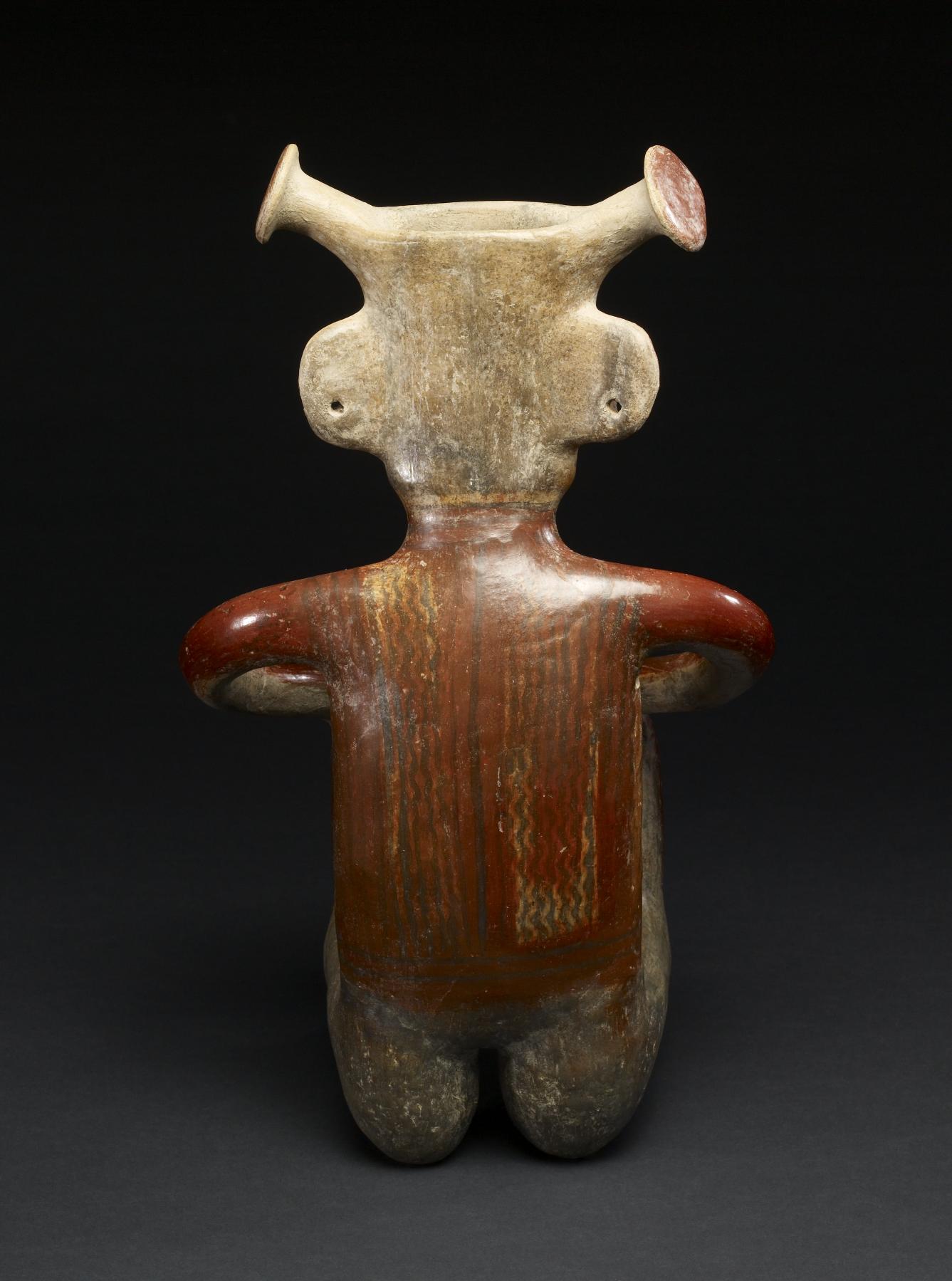 The distinctive Zacatecas-style figurine tradition was created in a relatively small region along the Jalisco-Zacatecas border. Figures in the style primarily represent seated males, especially persons of authority and drummers-singers, as in this example. Seated women with hands resting on the abdomen also are known, likely related to the theme of sexual maturity found among other ancient art styles throughout West Mexico. This sculpture is a fine example of Zacatecas-style figurines, notable for their expert modeling and painted decoration. Here a performer plays a single-headed drum held between his knees and sings or chants in accompaniment (note his open mouth and pursed lips). The rich overlay of colors and dramatic design elements reveals the artist's mastery of the challenging medium of slip paint. The man's face is highlighted by the use of a cream-hued slip and dynamic black lines representing face painting. His ankles and feet are differentiated by the lack of any decoration. The figure's protruding, red-painted ears, pierced for earrings, accentuate his oval eyes and the enigmatic "horns" atop his head. Such hornlike appendages are characteristic of the Zacatecas figural style; their significance remains a matter of speculation but may distinguish shamanic practitioners.