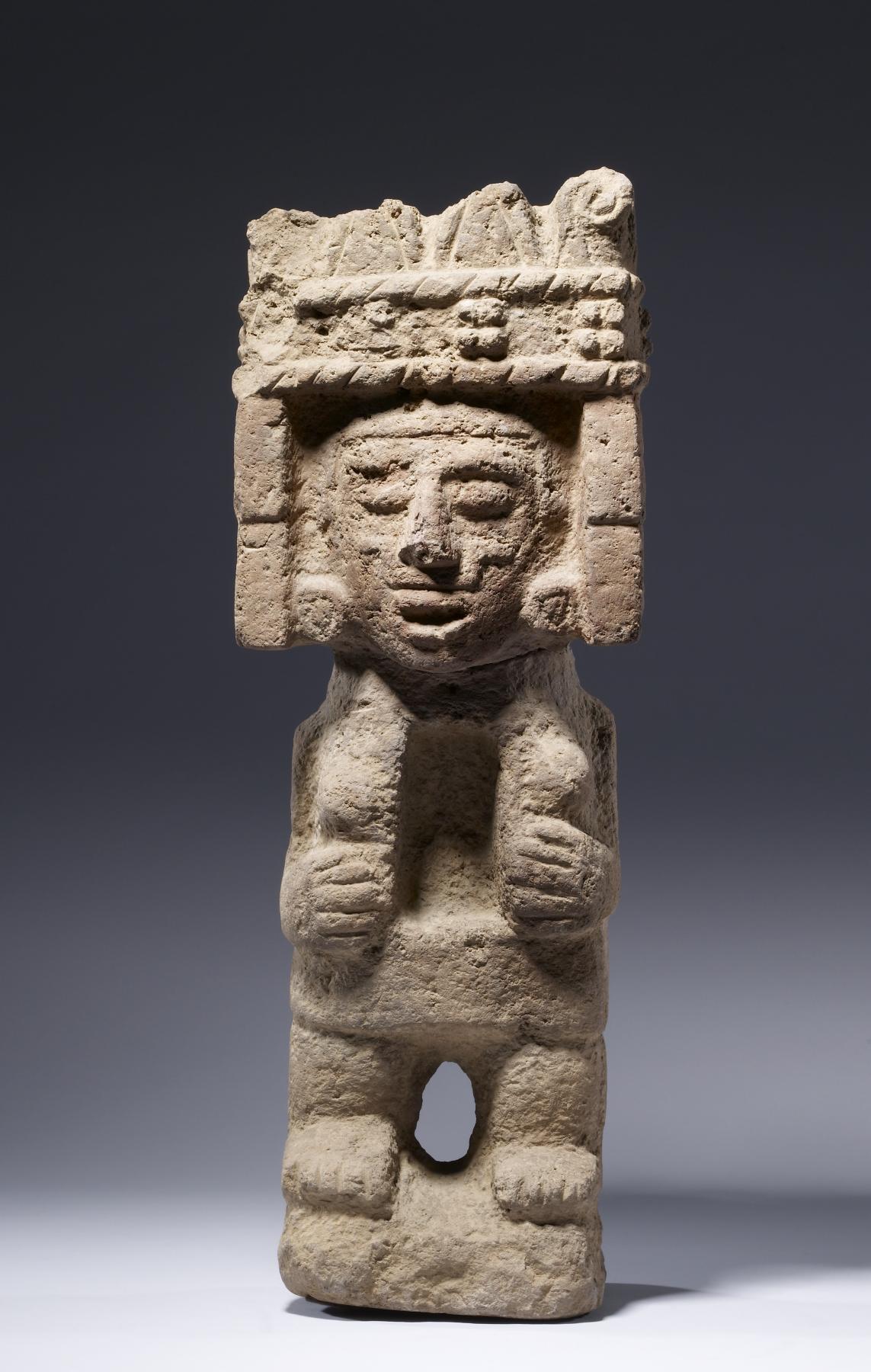 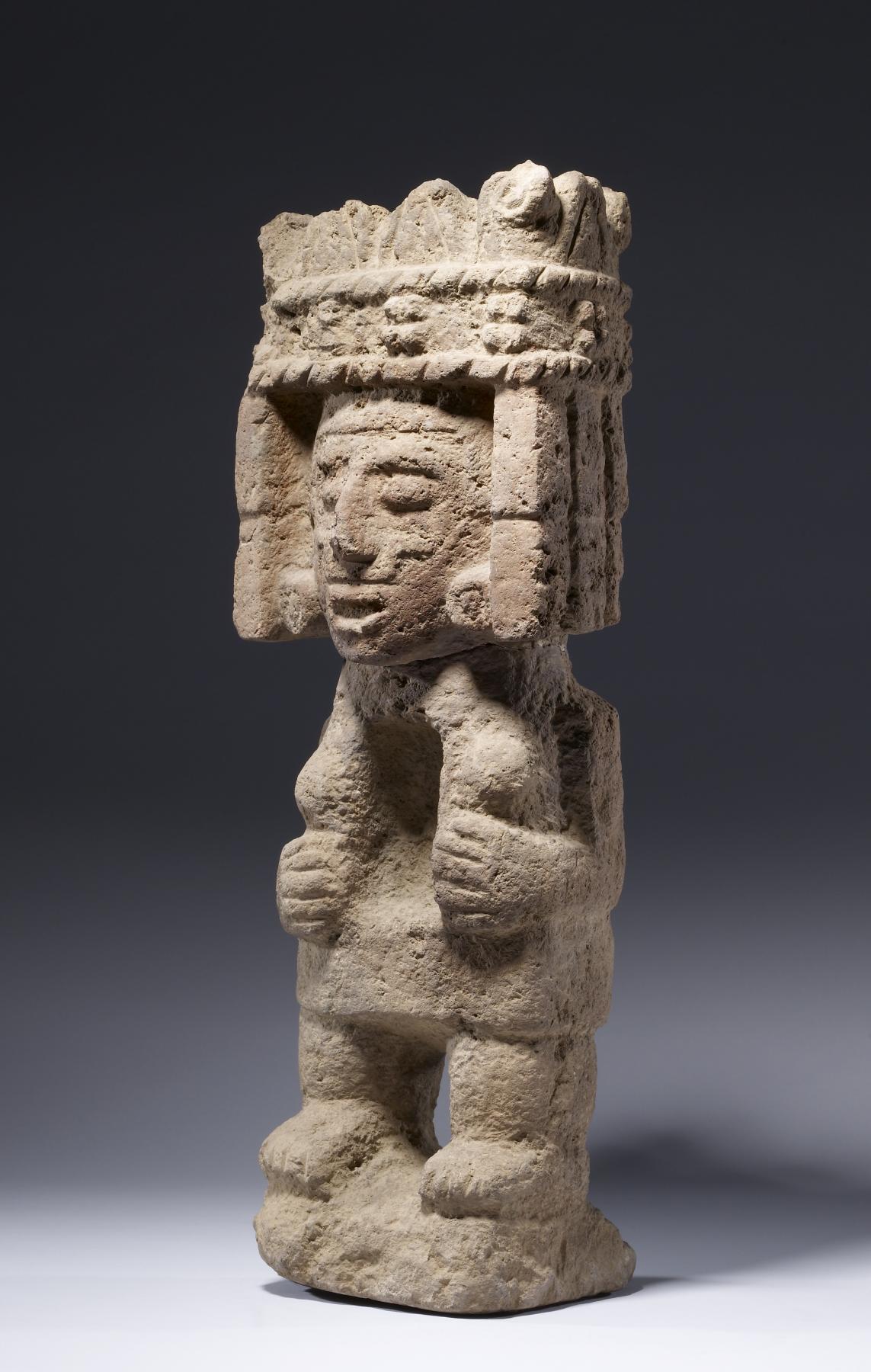 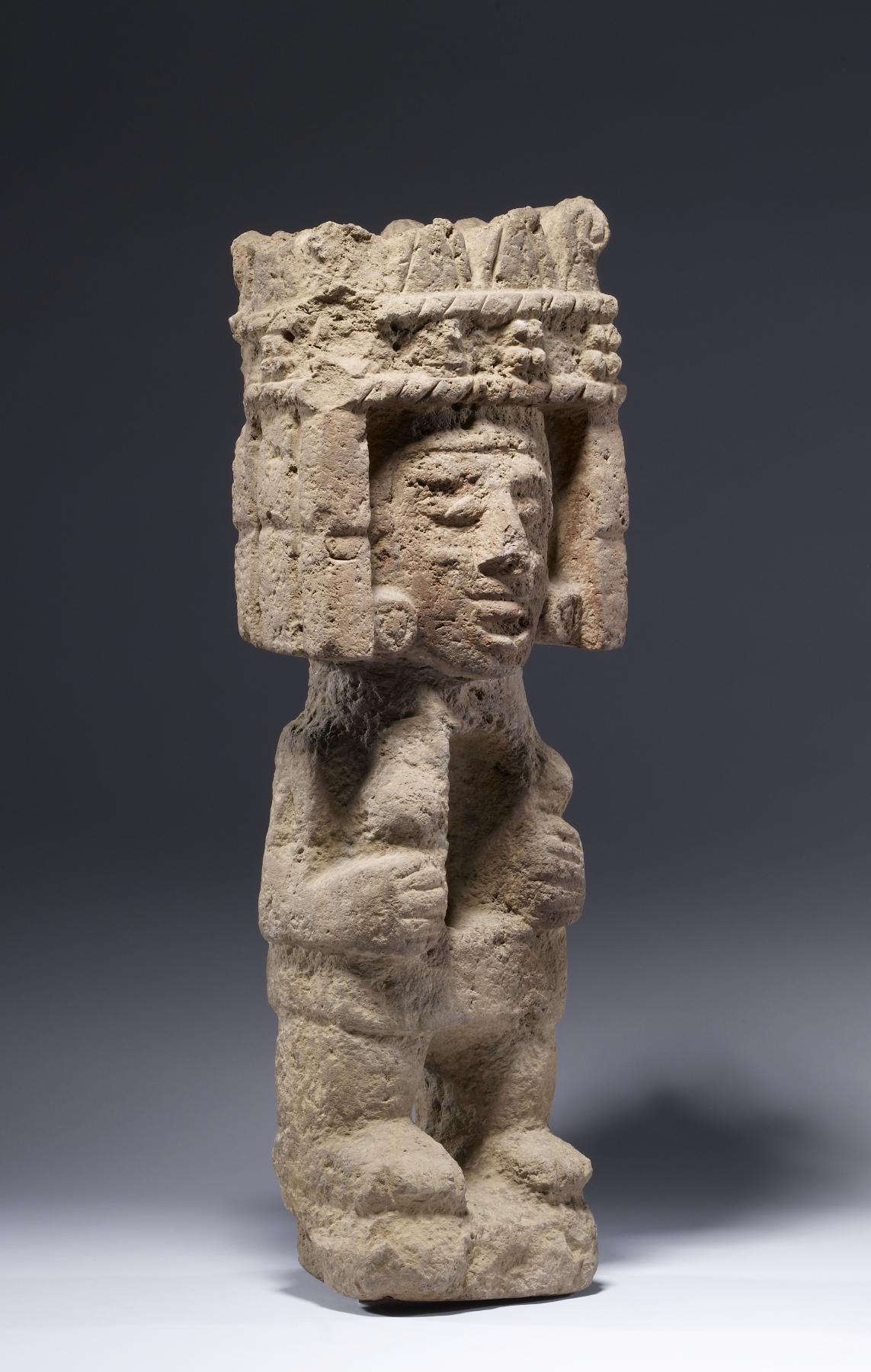 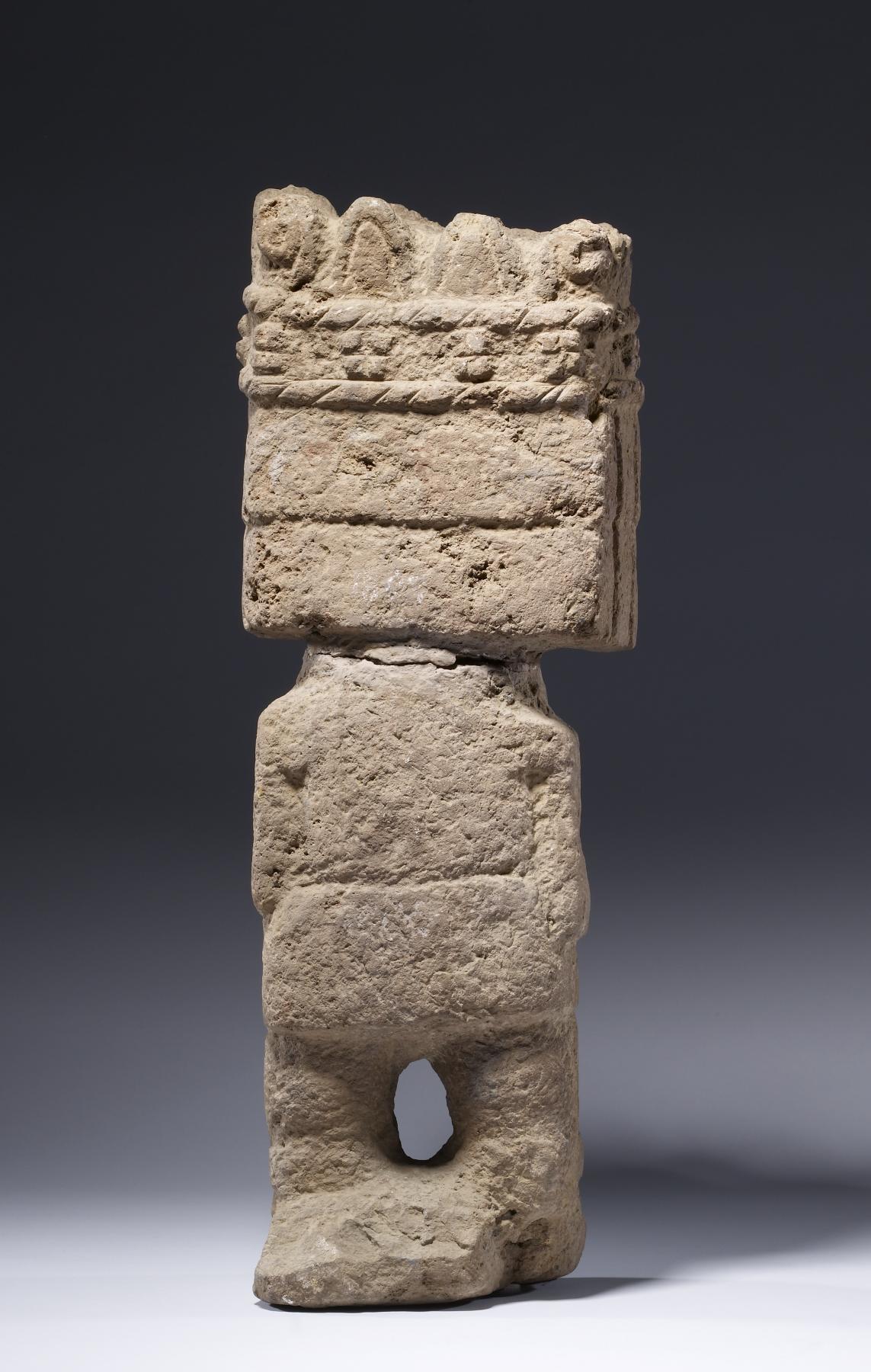 Made from rough volcanic stone, this statue is simply sculpted, with a deliberately placed rectangular cavity in its chest. The Aztec people, or the Mexica as they called themselves, would insert a green stone in this space in a religious ritual. Jade was symbolic of water, plants, and fertility more generally. The Aztecs believed that when the precious stone was placed, the sculpture became the literal home of the goddess it portrayed.

For the Aztecs of Mexico, gods and goddesses took human form, but were distinguished from regular mortals by special clothing, headdresses, and jewelry -- finery imbued with sacredness. When a human put on the costume of a specific deity, or when a statue was carved with those ornaments and enlivened by jade, they were miraculously filled with that god's essence. The square headdress and nosering of this figure identify this figure as Chicomecoatl (Seven Serpent), a corn goddess. See a diagram here for a 16th-century image, from a manuscript known as the Codex Borbonicus, of a human embodier of Chicomecoatl dancing in a festival dedicated to her.