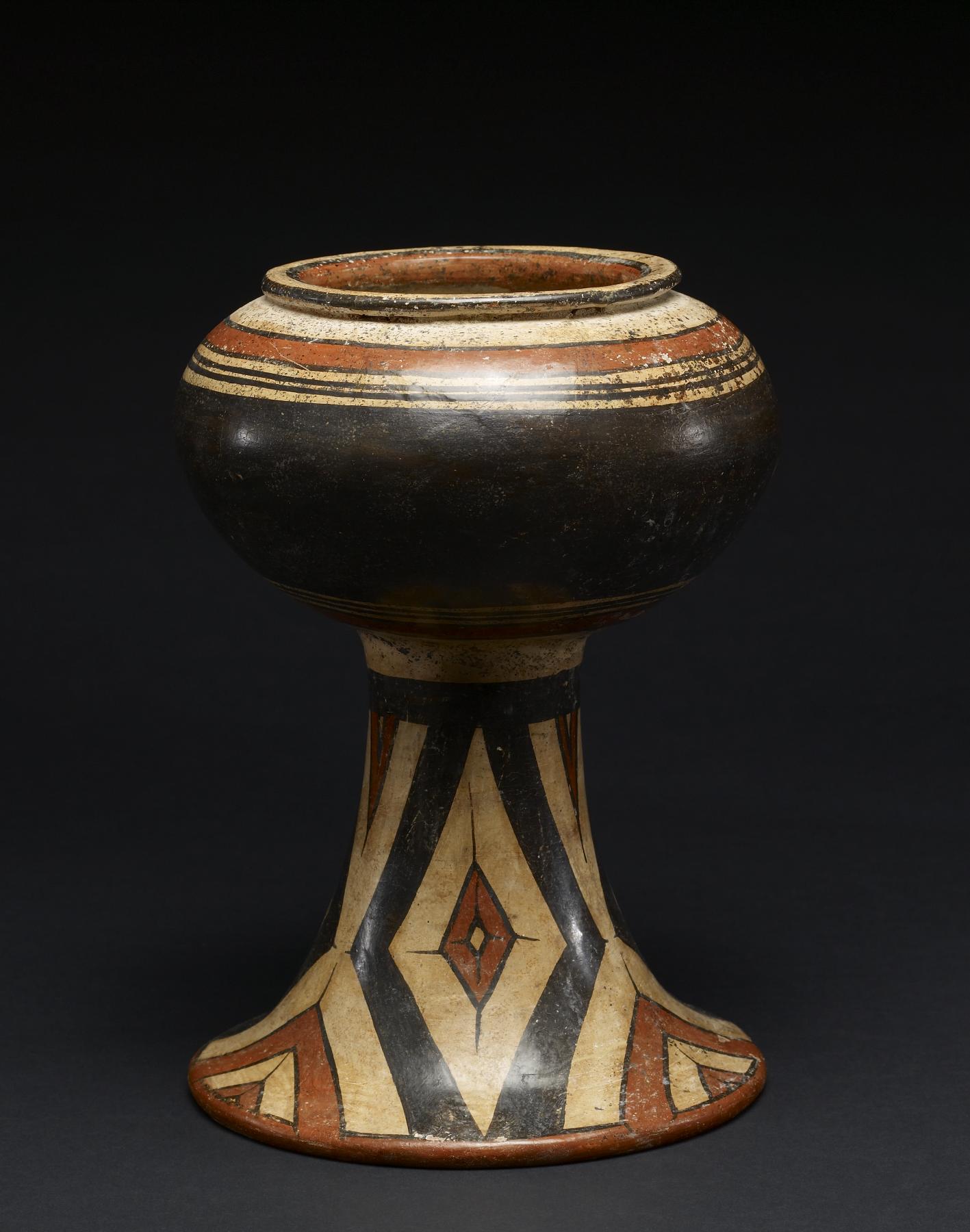 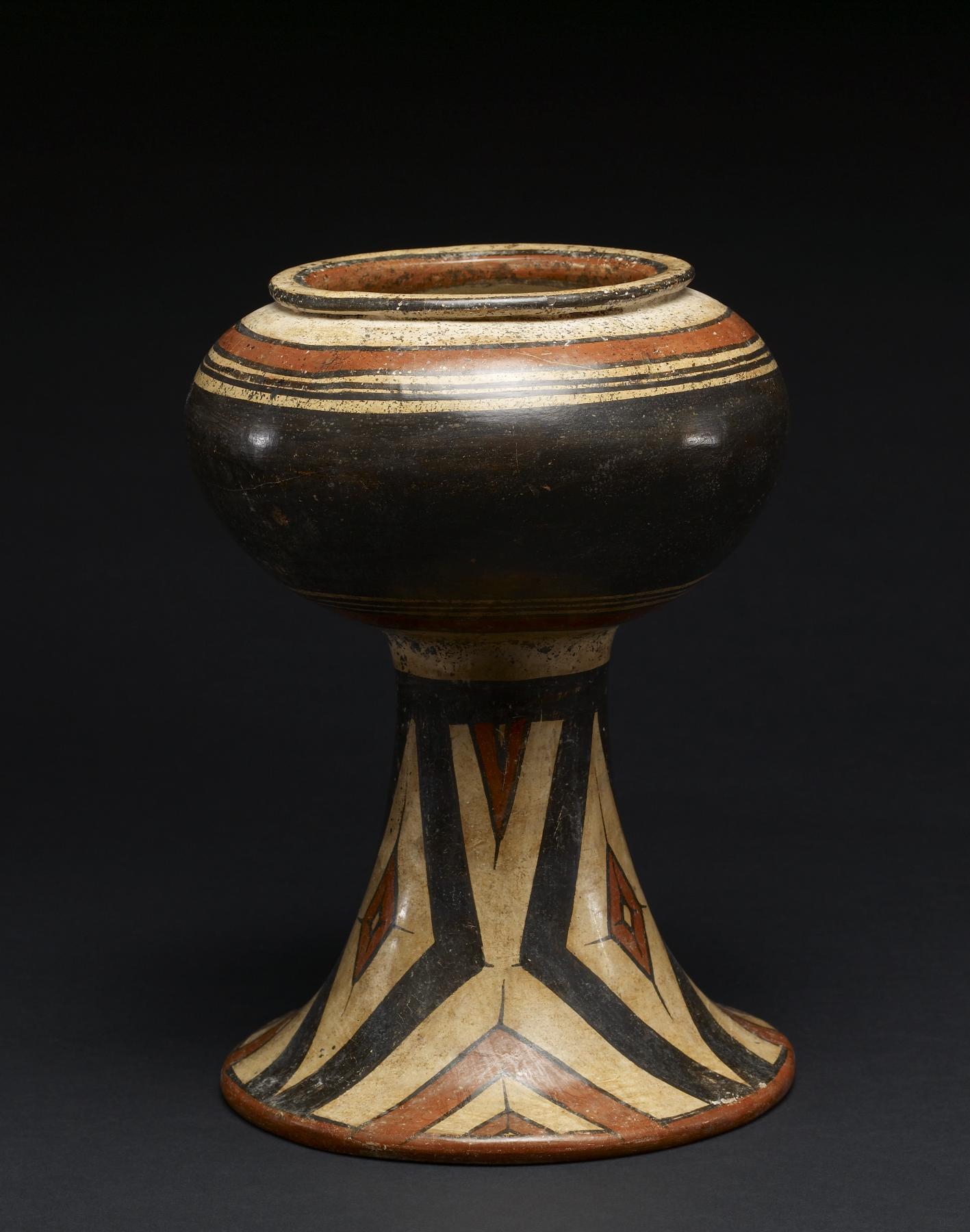 Geometric imagery often reference patterns seen in the natural world. The bowl’s design suggests the distinctive patterning of the boa constrictor, a powerful predator in the ancient Americas. The colors also have symbolic value: for many Panamanian cultures, red represents the earth and vitality, and black the forces of chaos. Here, the application of the two colors is well balanced, creating a harmonious visual effect that may refer to cosmic notions of equilibrium.