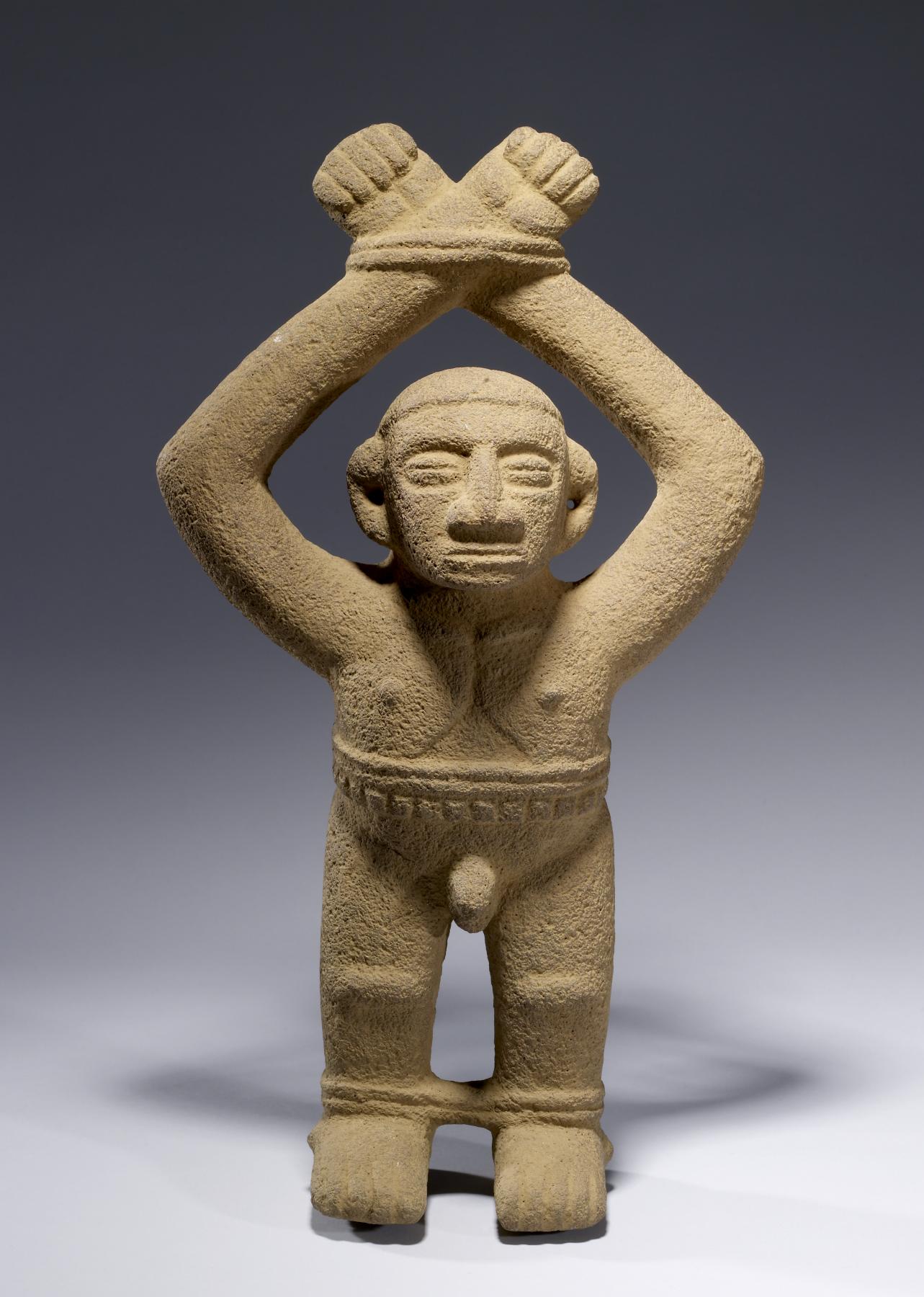 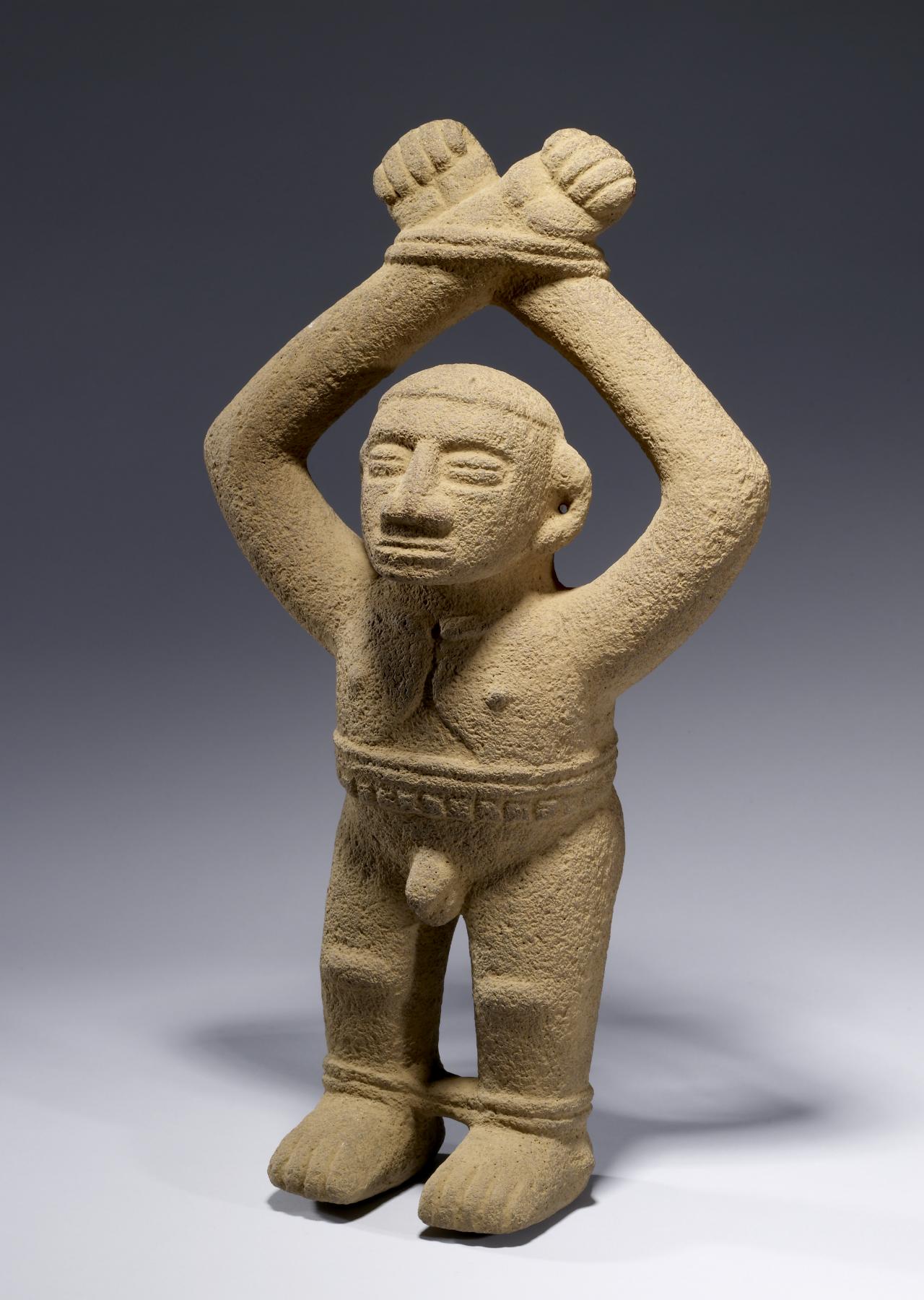 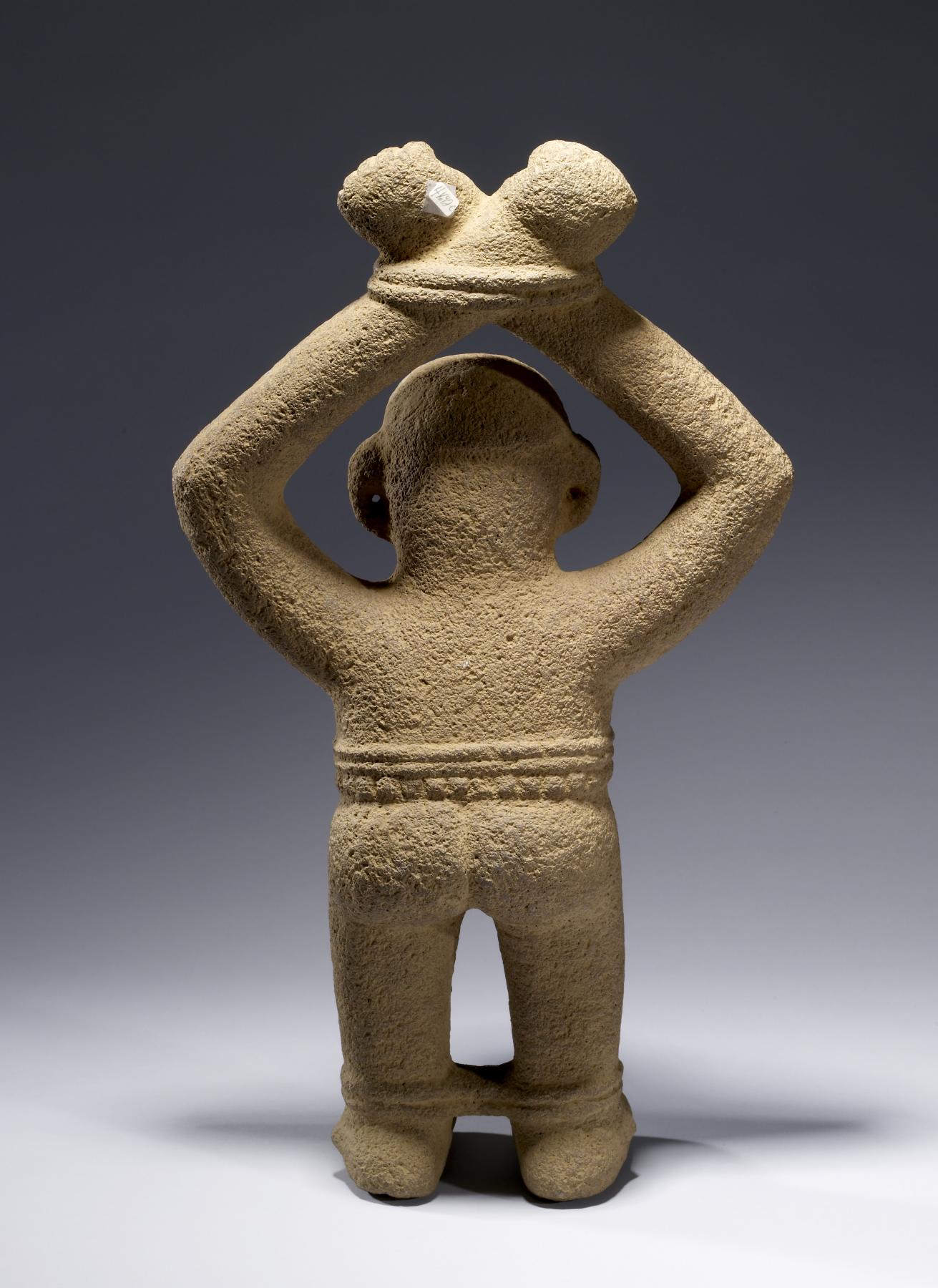 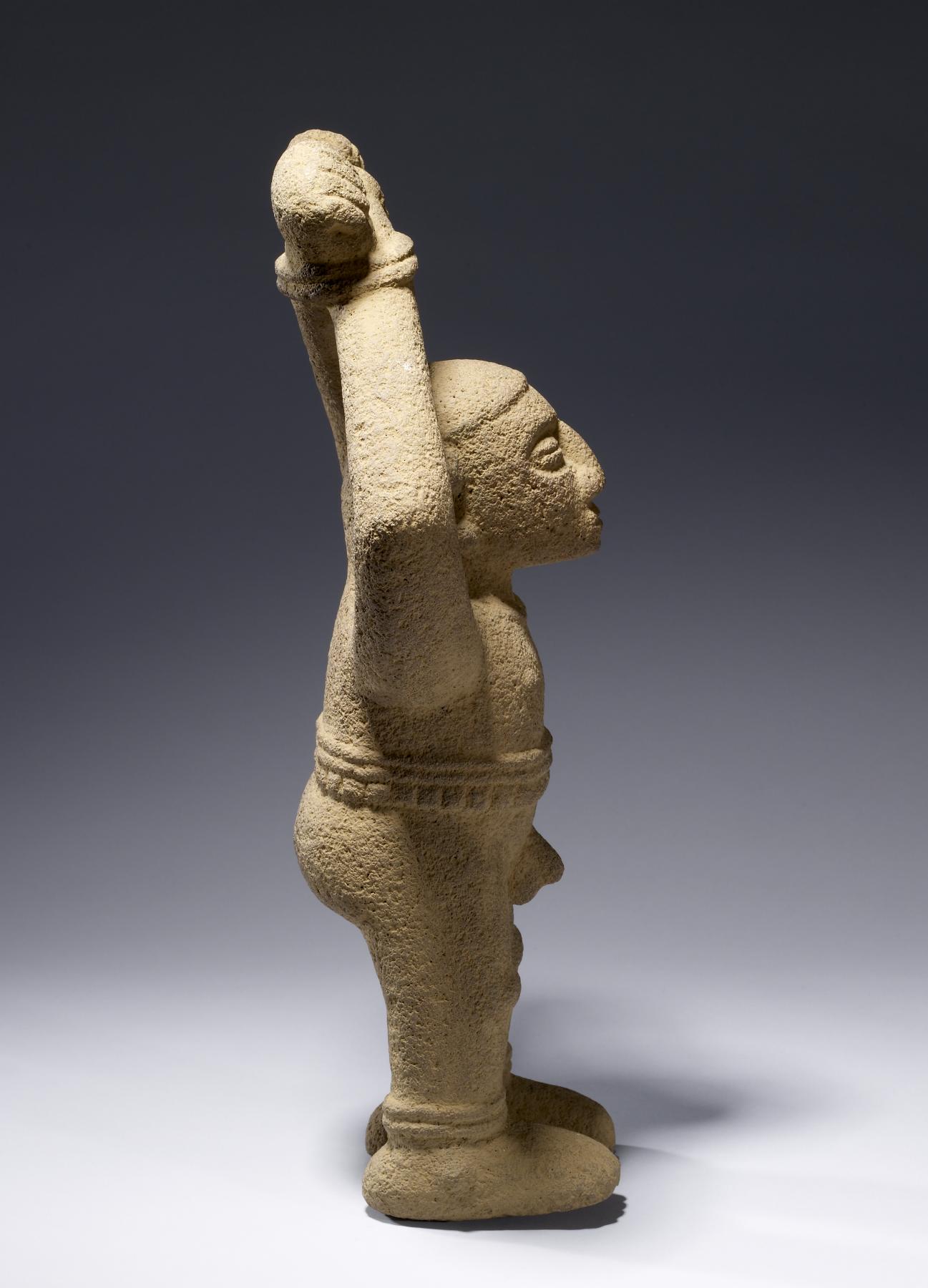 Warfare was a common means of territorial defense and expansion, the victors gaining land and resources and especially tribute in the form of goods (foodstuff s and crafted items) and human labor. The public display of bound captives proclaimed a community's hegemony and the prowess of the local chief, their communal dominance being preserved in the form of stone sculptures exhibited in plazas and around administrative/ceremonial buildings. The largest such sculptures are those of warriors, typically portrayed with raised weapon and carrying a trophy head. Smaller sculptures depict the vanquished such as this defeated warrior with bound arms above his head and ankles similarly secured. His midsection sports a belt-like wrapping adorned with shell or metal beads. The figure's pierced earlobes may have been garnished with ornaments, likely made of shell or metal.