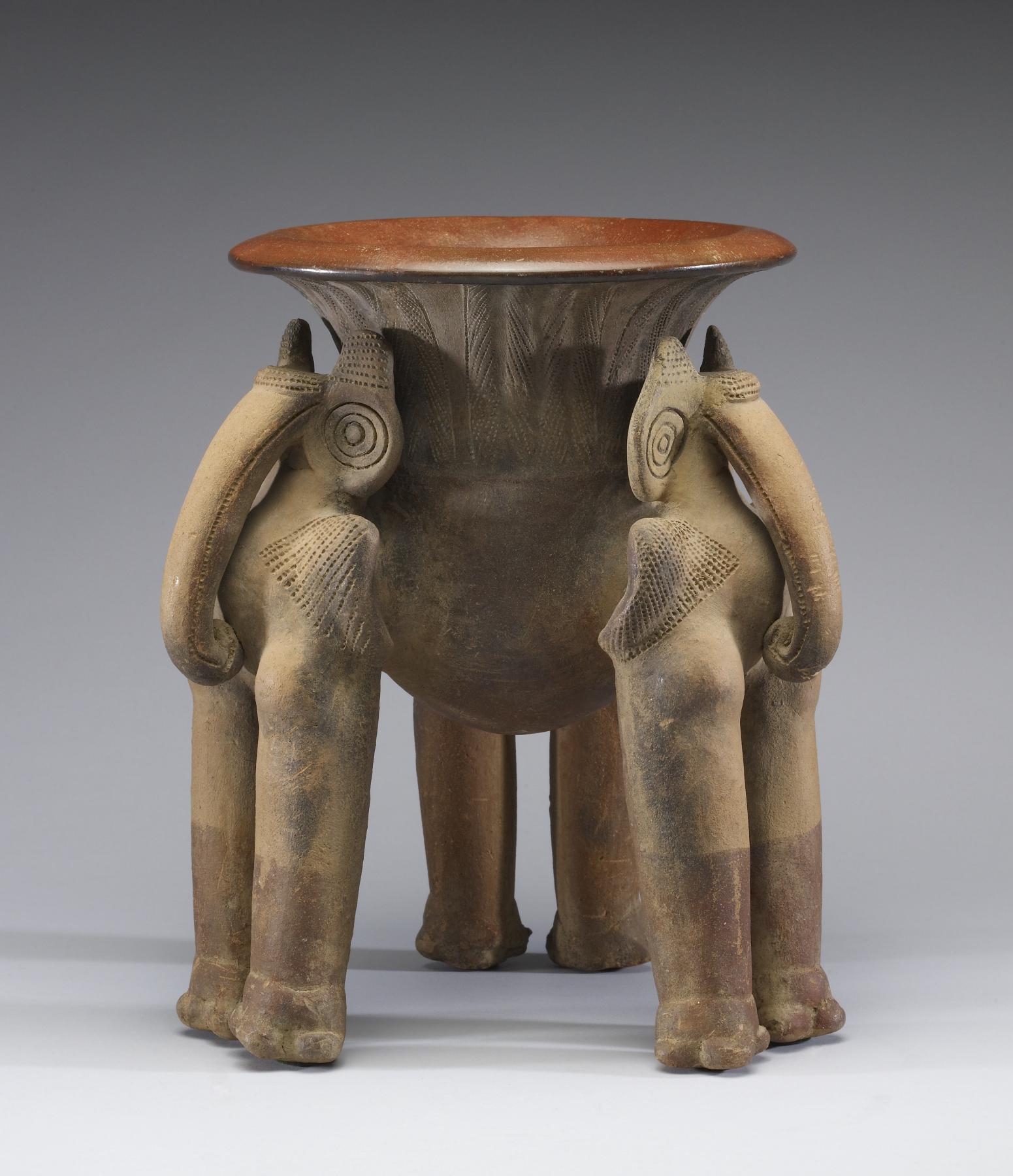 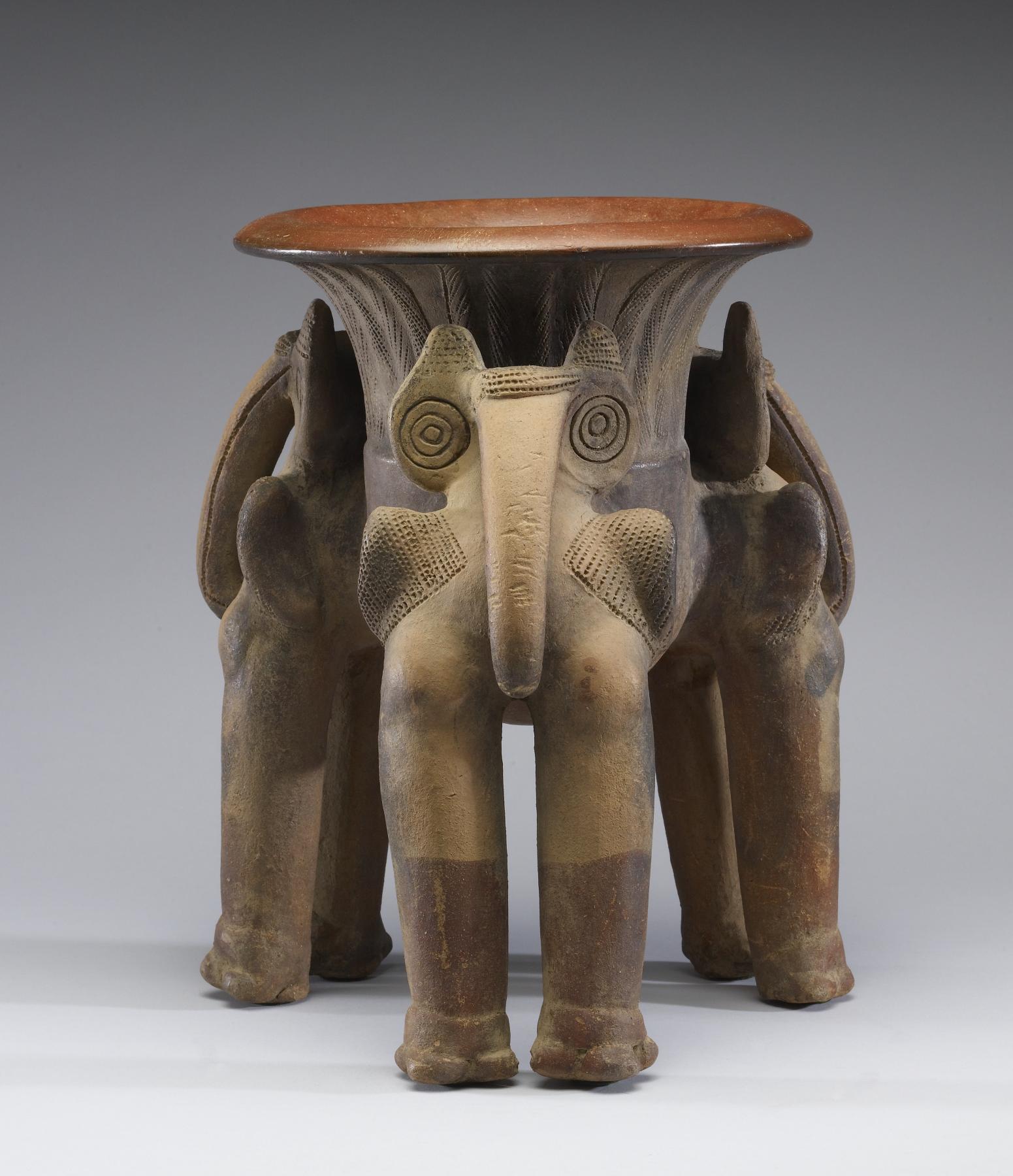 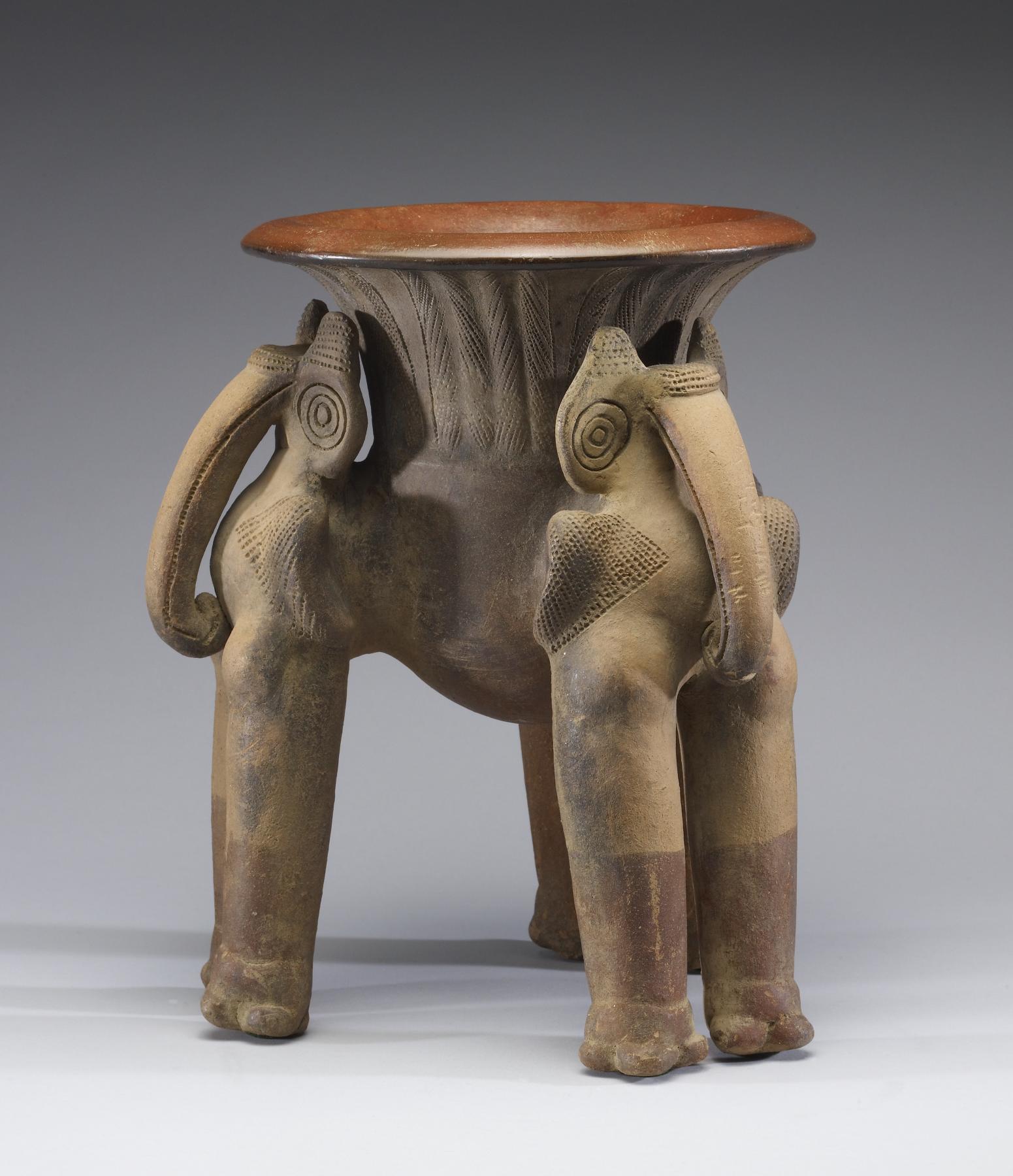 The Ticabán style of pottery from the Atlantic Watershed of east-central Costa Rica is characterized by modeling rather than painting to create pictorial forms. Throughout most of Costa Rica and southern Nicaragua during the first half of the first millennium CE, painted imagery was the dominant approach to ceramic embellishment. The best works in the Ticabán style combine a sensuous smoothness of the pottery surface with elegantly shaped vessels and dynamic zoomorphic supports and embellishments. Often these are made of solid clay; the vessels not exploding during the firing process indicates the high degree of technical skill of the region's ancient ceramicists. This dish's tall supports are modeled in the form of a human-owl composite being, perhaps a shamanic entity. The artist harmonized dynamic modeling and delicate punctated areas with the supplely smoothed surface that dominates the vessel. Sparse use of paint accentuates the zoomorphic shapes of the supports. The graceful flare of the vessel's rim adroitly balances the visual heaviness of the substantial zoomorphic supports.