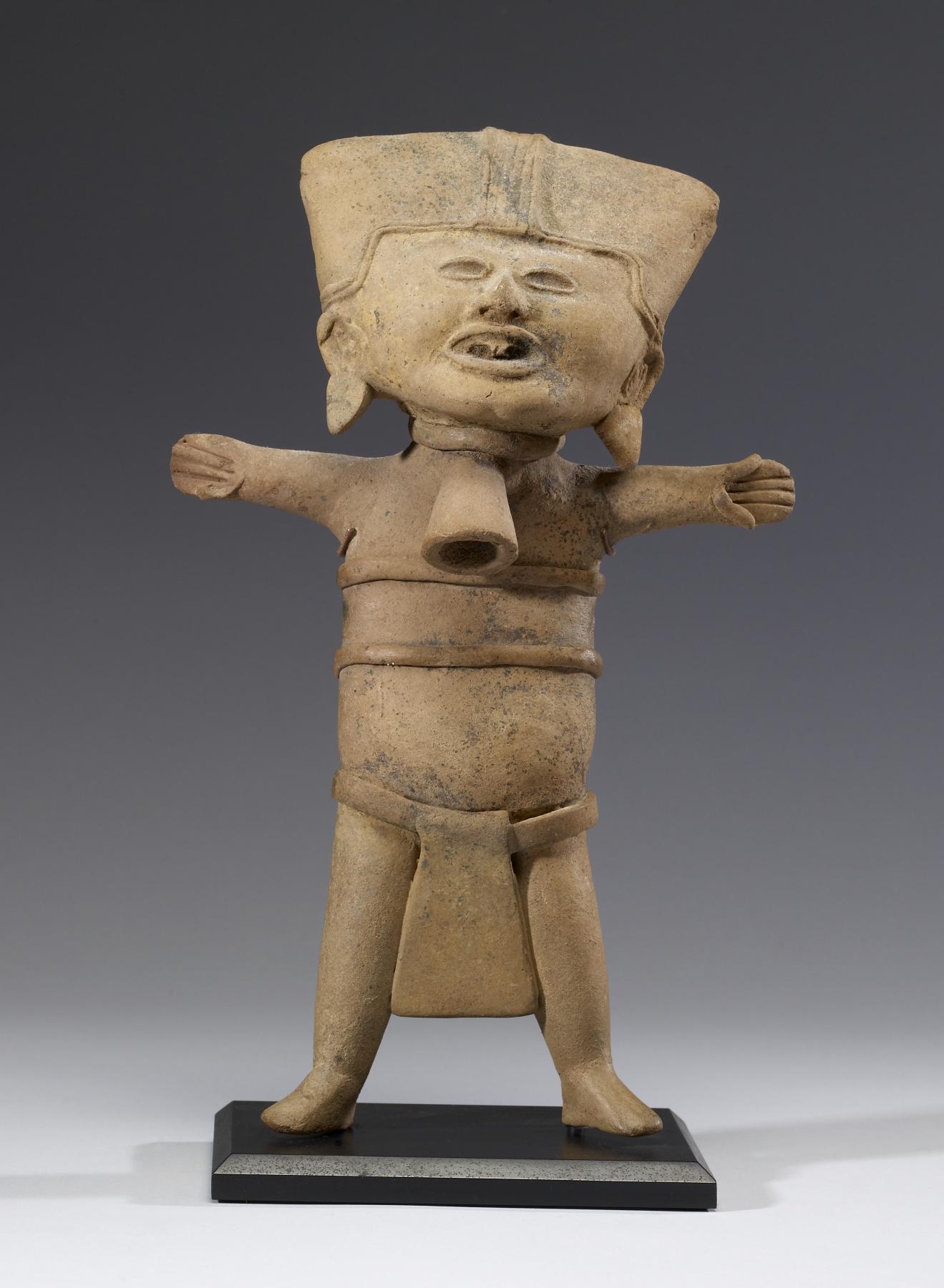 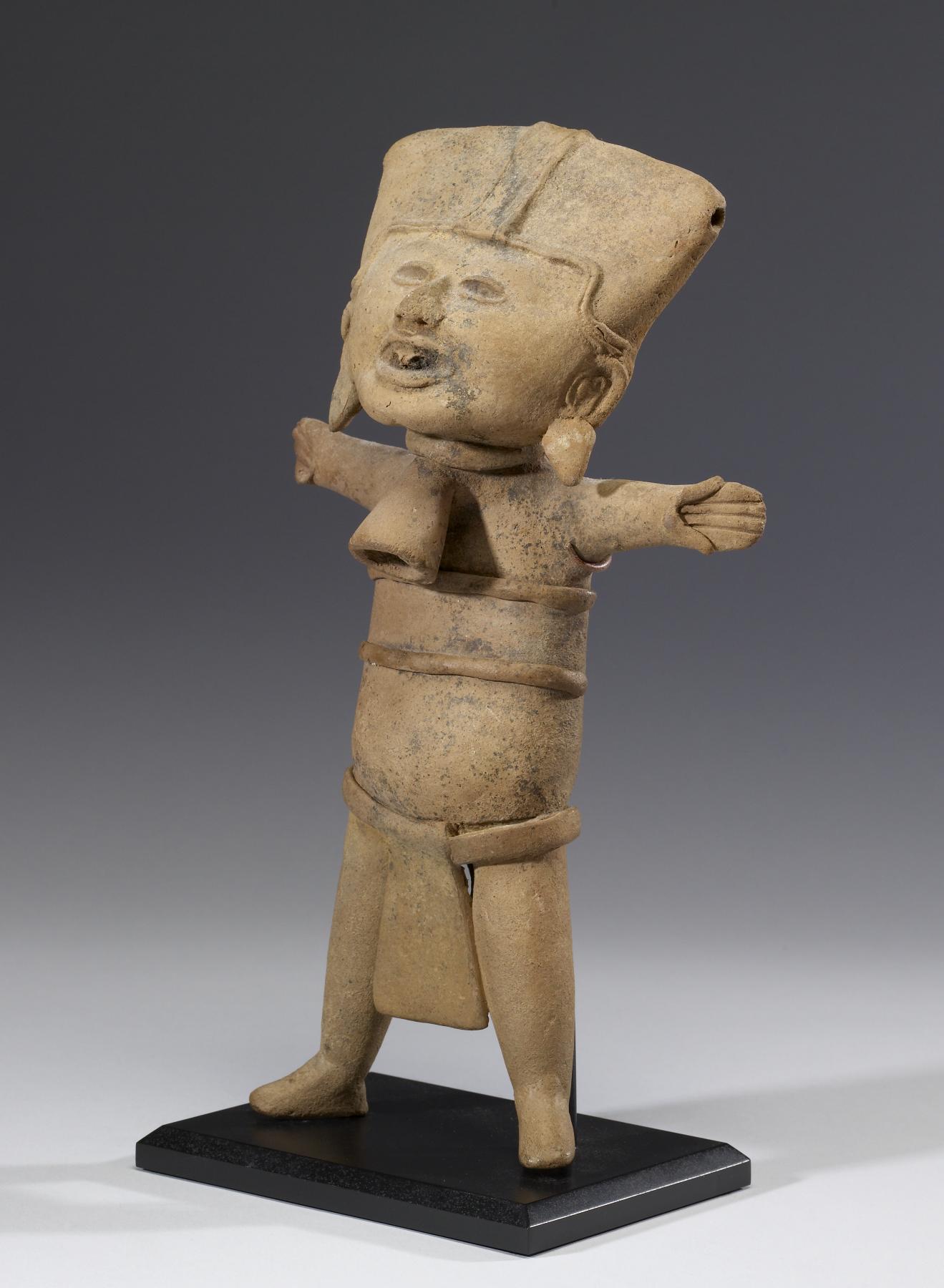 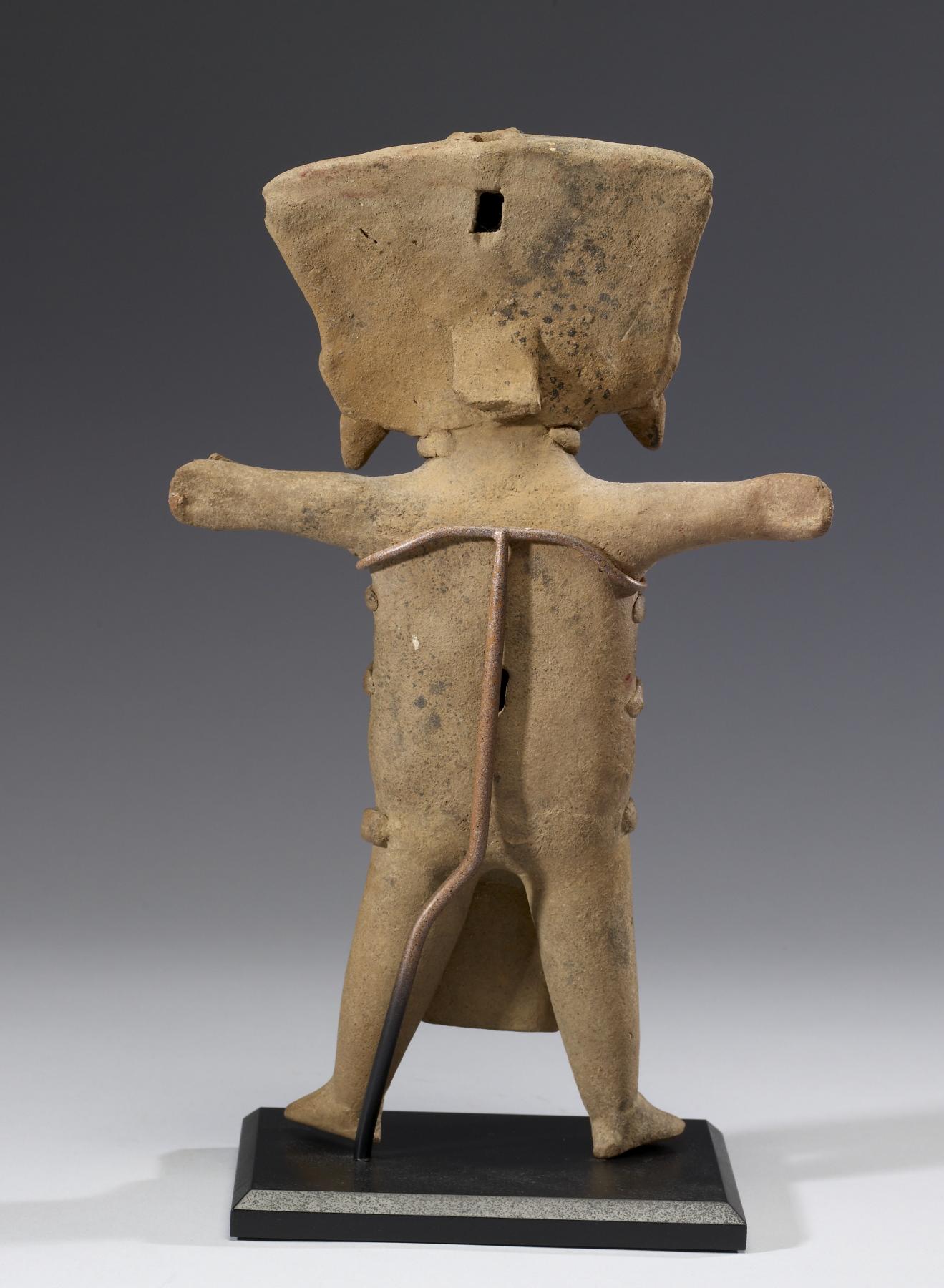 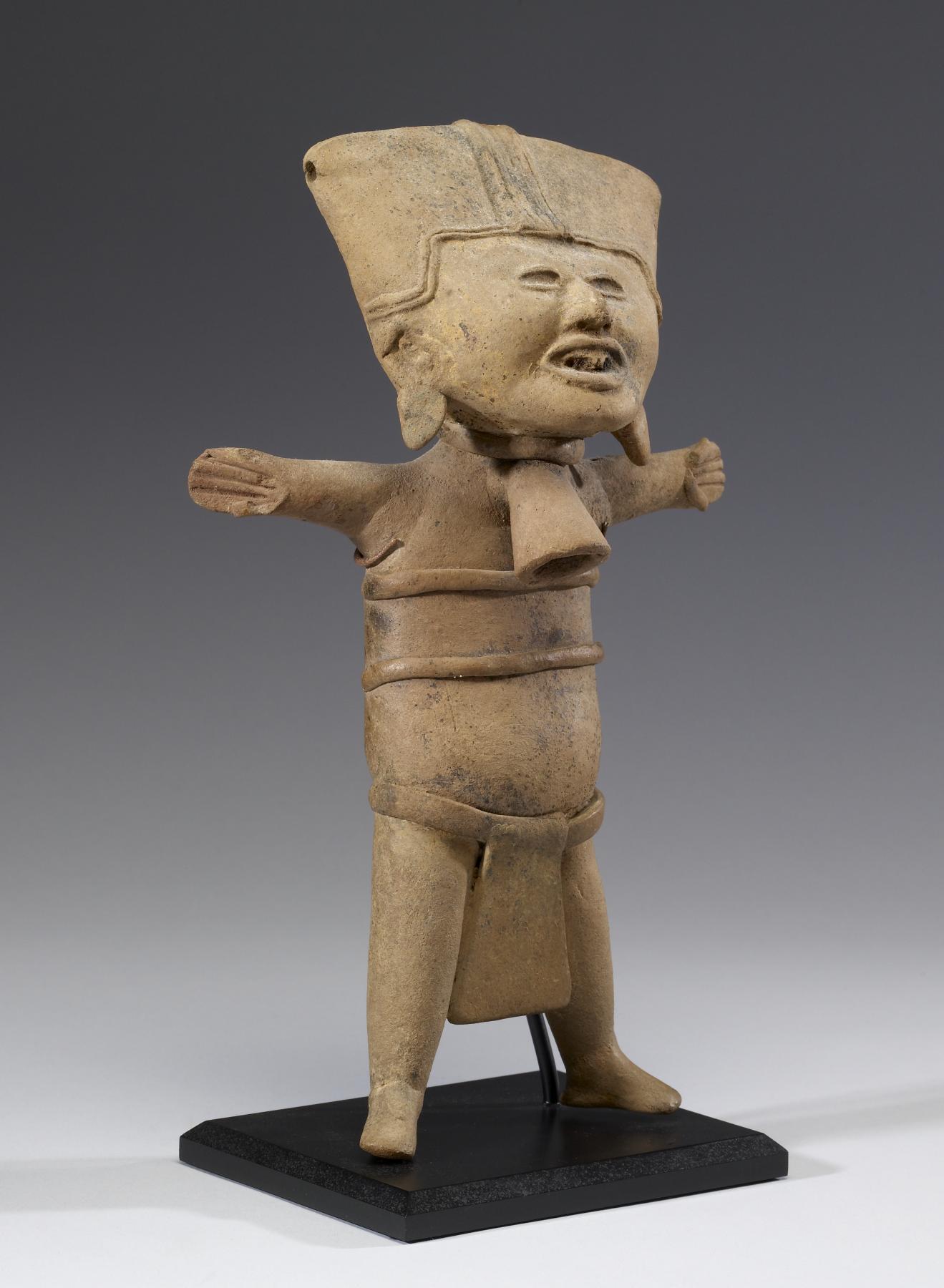 Sound has always been a crucial component of public events-whether solemn religious ceremonies, persuasive political activities, or celebratory enjoyment. Sound highlights and gives sensory shape to the event. Throughout the ancient Americas, sound was considered an intermediary between ritual events on earth and the gods in whose honor many rites were held. Thus Mesoamerican peoples created a variety of wind instruments (aerophones), such as whistles, flutes and ocarinas, rasps and rattles (idiophones), and drums (membranophones) made of animal skins stretched over wood or ceramic forms. The music of modern indigenous American cultures echoes its ancient forms, although much has been lost. These instruments, which carried a variety of allegorical meanings and associations, emphasize the social importance and highly developed aesthetics of these now-silent musical scores. This effigy is more than a figure-it also is an ocarina, the vessel flute's mouthpiece pierced at the top center of the head. Combining a mold-made head and appliquéd accouterments of dress and adornment, the figural portrayal is typical of the Remojades style of so-called Remojades Smiling Figures, named for the archaeological site of Remojades that sits at the northern edge of the Jamapa River system just south of the modern port city of Veracruz. Remojades- style figures typically wear a loincloth with long tie-ends and a single or multiple bands around the upper chest. This figure's characteristic pendant is particularly large, the central diadem likely representing a cut Oliva shell fashioned into a bell. His hair is indicated by a simple portrayal of a short haircut, although the central, raised band suggests the alternative identification of close-fitting head gear. The figure's outstretched arms and hands, with thumbs pointing downward, and the wide stance aptly convey the movement of a dancer.