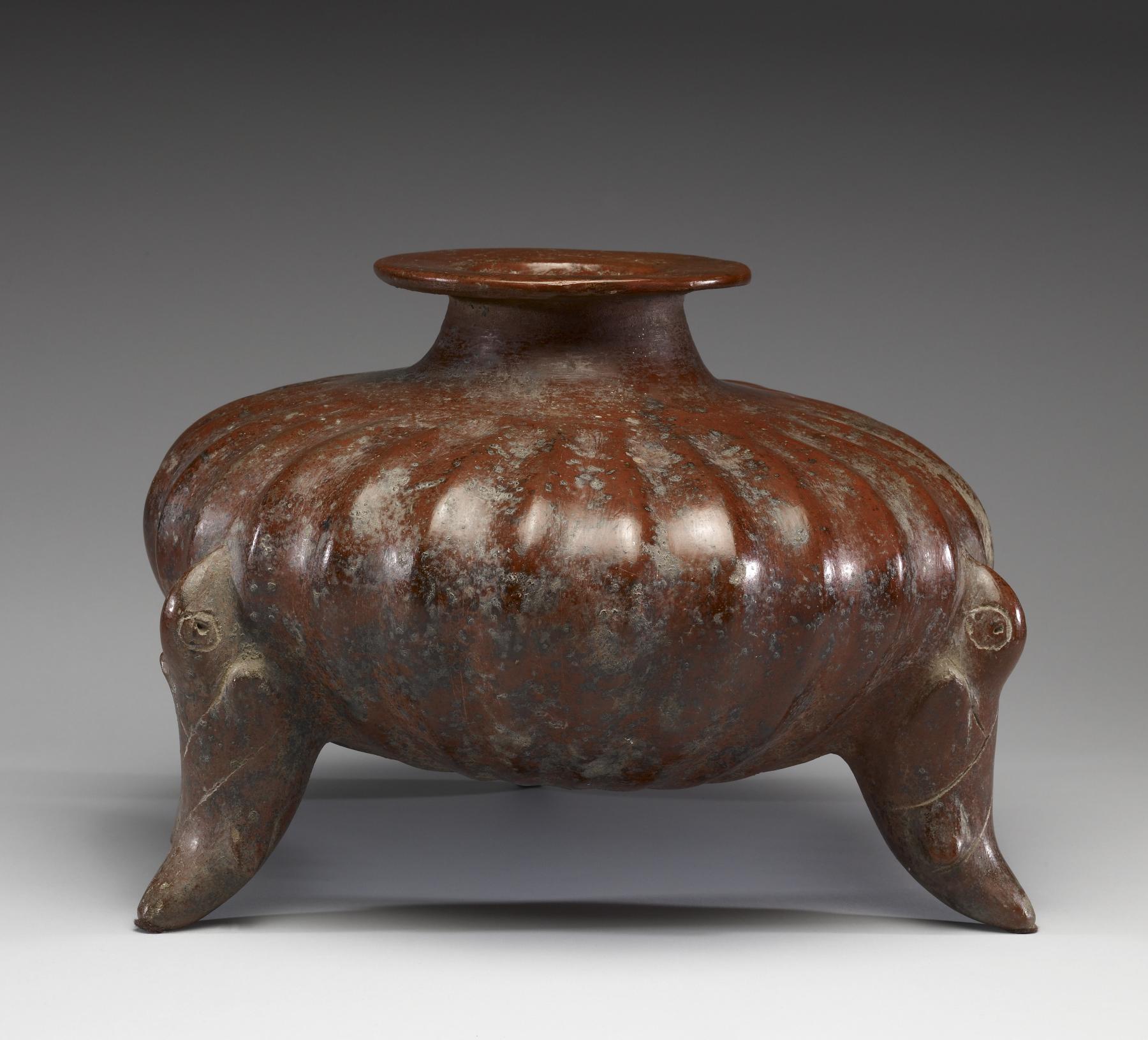 This jar, made of highly polished red earthenware, was likely a grave offering placed in a tomb in West Mexico. Many such vessels were made, with fluted sides possibly representing calabash fruits. More broadly, they represent the agricultural plenty which would have been needed for the underworld. The meaning of the parrot-shaped supports for the jar is unclear, but may refer to a myth from the region which has been lost over time, or simply to parrots’ enjoyment of juicy calabashes.