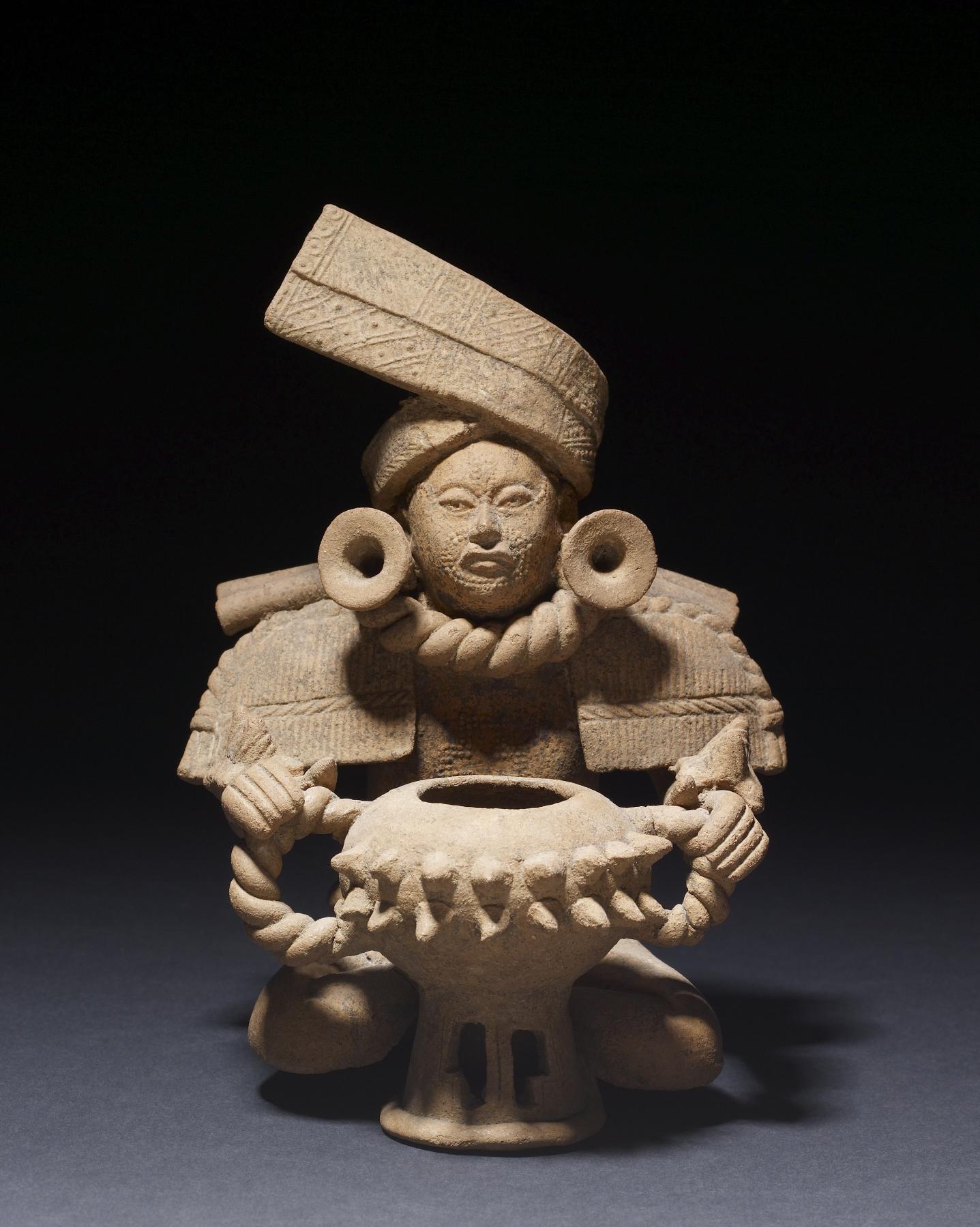 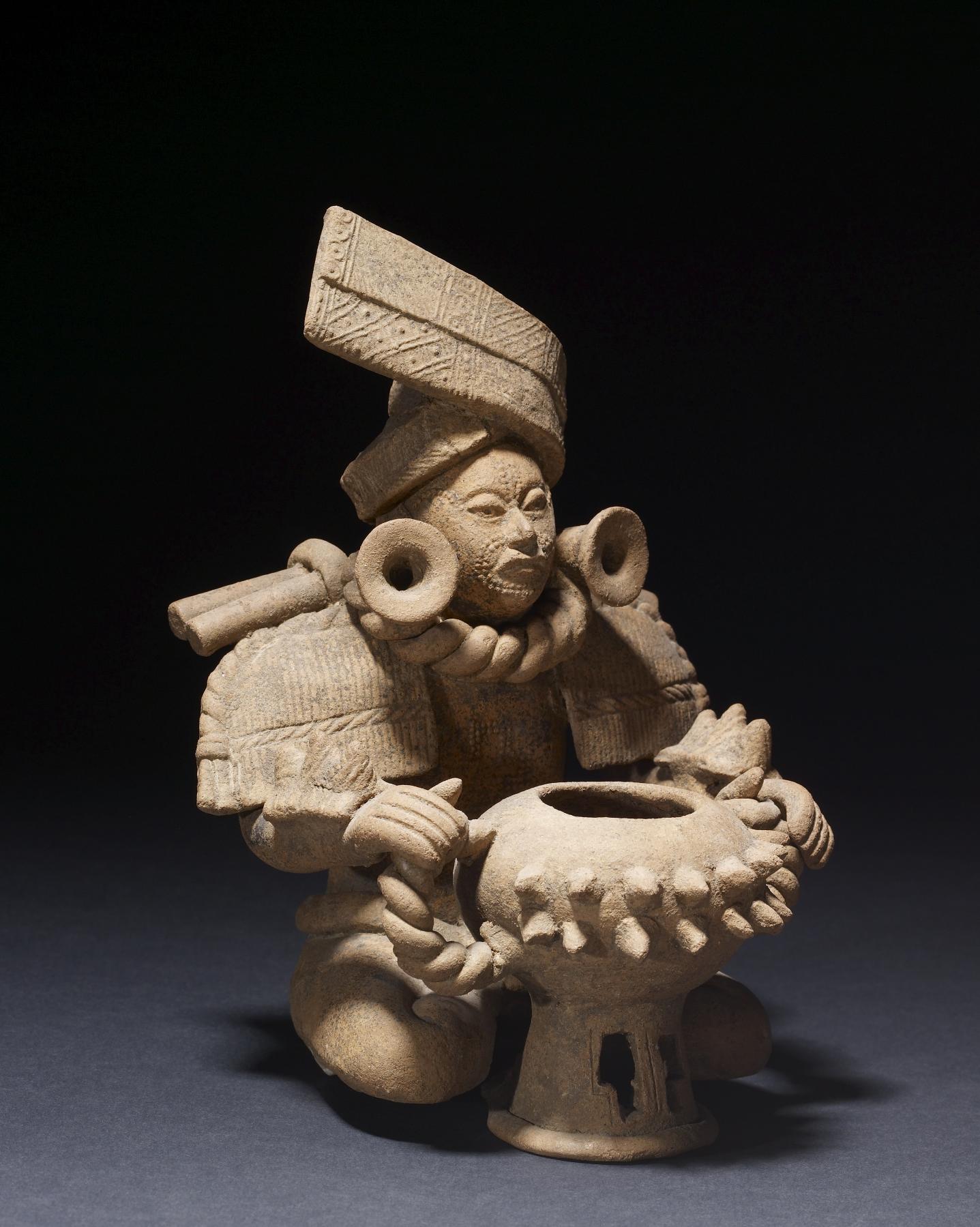 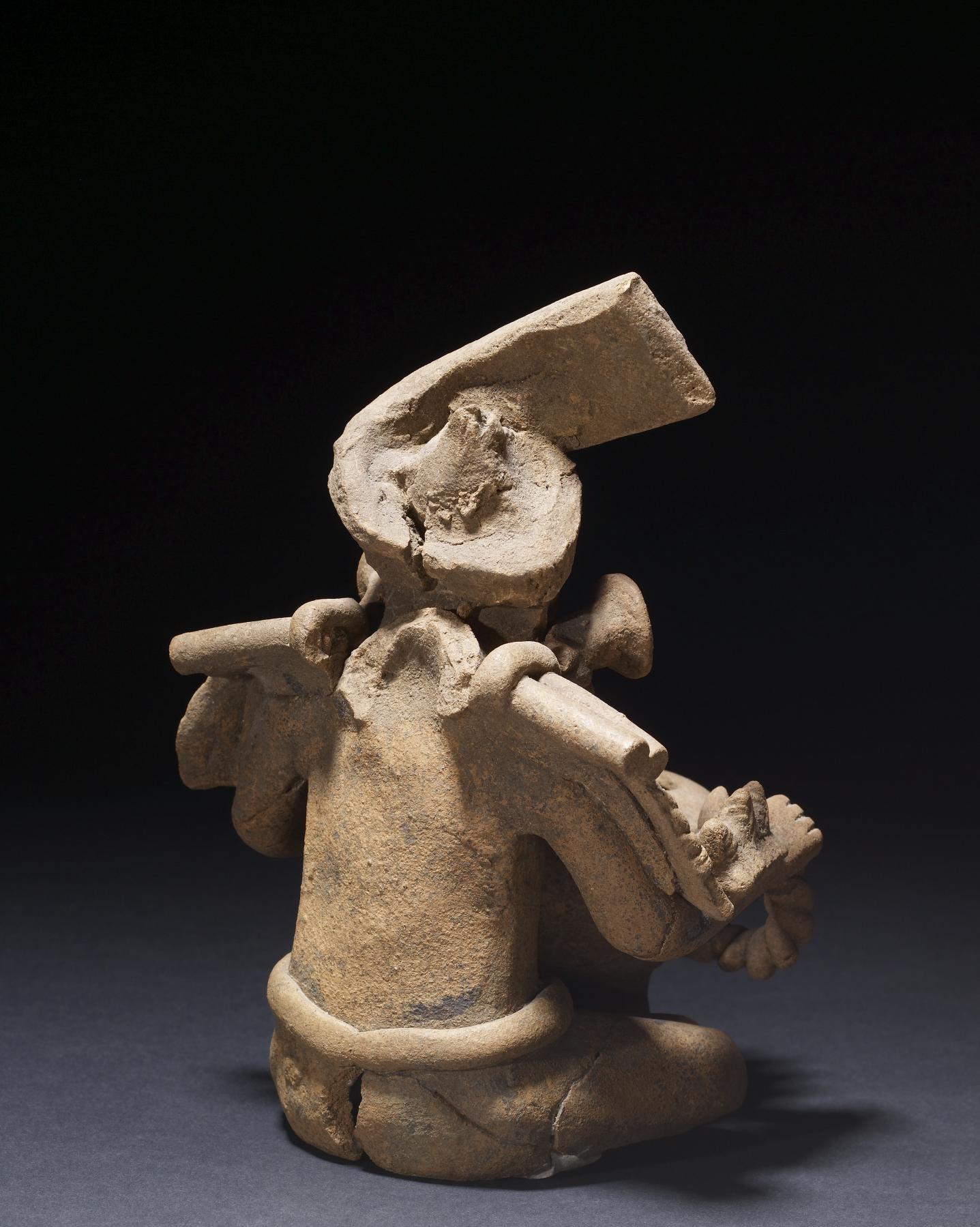 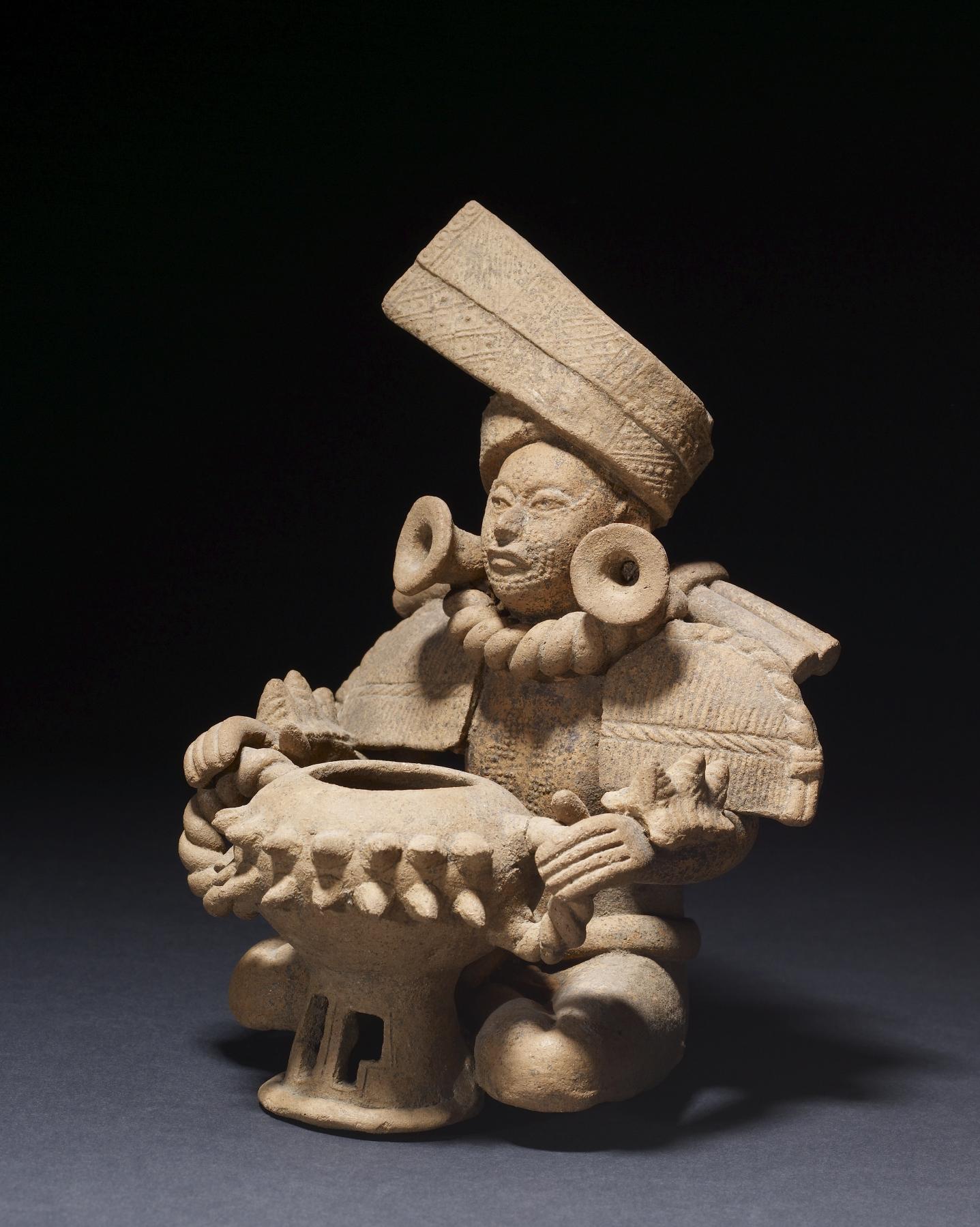 The vibrant naturalism of this exceptionally fine ceramic sculpture belies its ritual meaning. The seated man looks forward and slightly to the right, his concentrated gaze underscoring his dignity and the seriousness of the moment. He lightly grasps a large incense burner by its coiled handles, seemingly ready to transport the container of burning coals and incense. This sculpture is especially intriguing for its detailed rendering of elements of costume and textile patterns. The figure sports a doubled head wrap of highly decorated cloth, its raised motifs likely depicting brocade or embroidery. Both decorative techniques are typical of fine native dress throughout present-day Veracruz. The figure's upper torso is covered by a short cape that may be made of striped material or strips of cloth sewn together. Large ropes of twisted fiber adorn his shoulders, and a larger rope encircles his neck. This latter accouterment may identify the figure as a captive nobleman destined for sacrifice. His exceptionally large earflares indicate high status, and intentional scarification beautifies his face and chest. The naturalistic details of this figure and his dress, as well the nobleman's intense countenance, give this small-scale figurine a monumental presence.