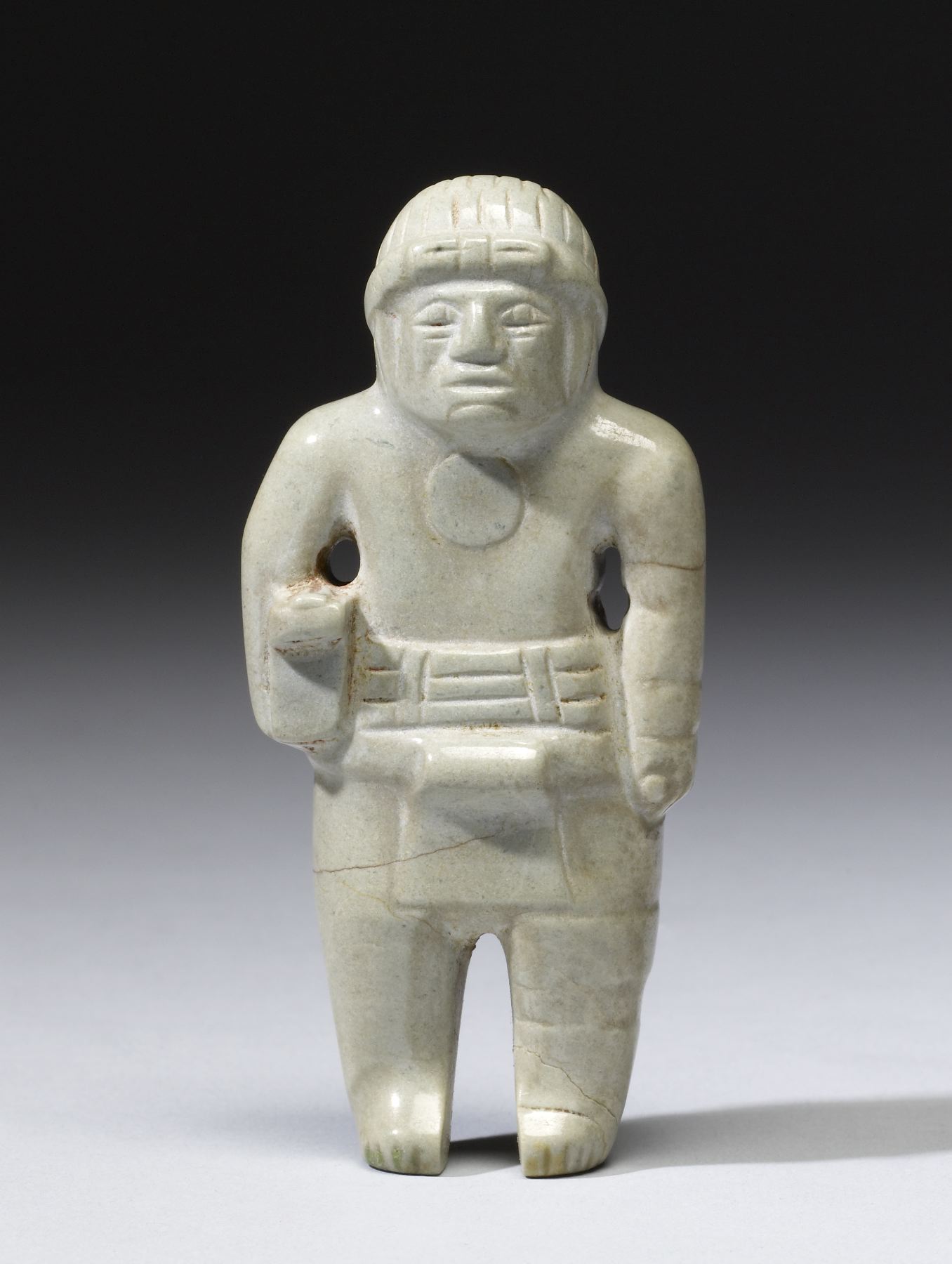 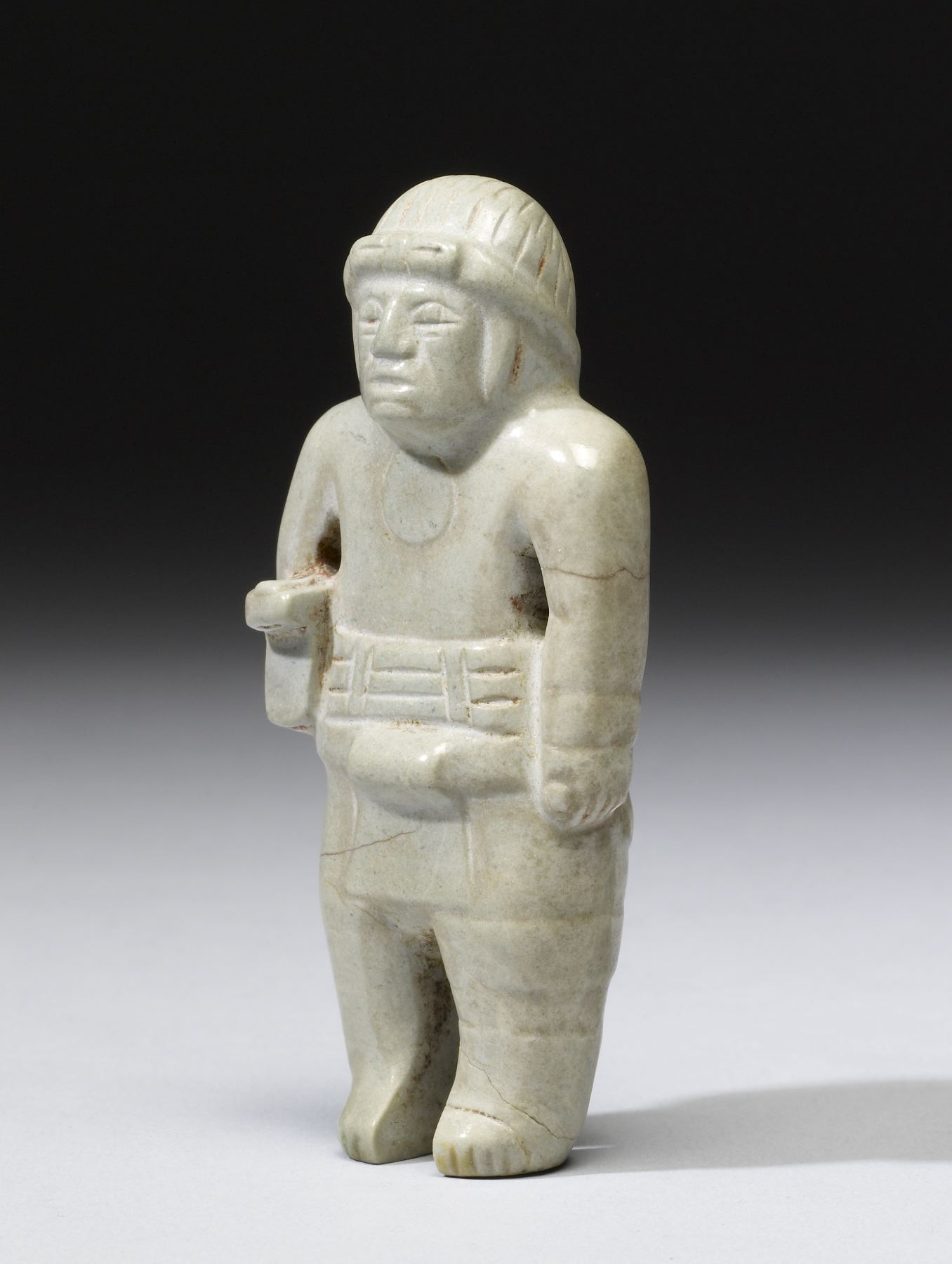 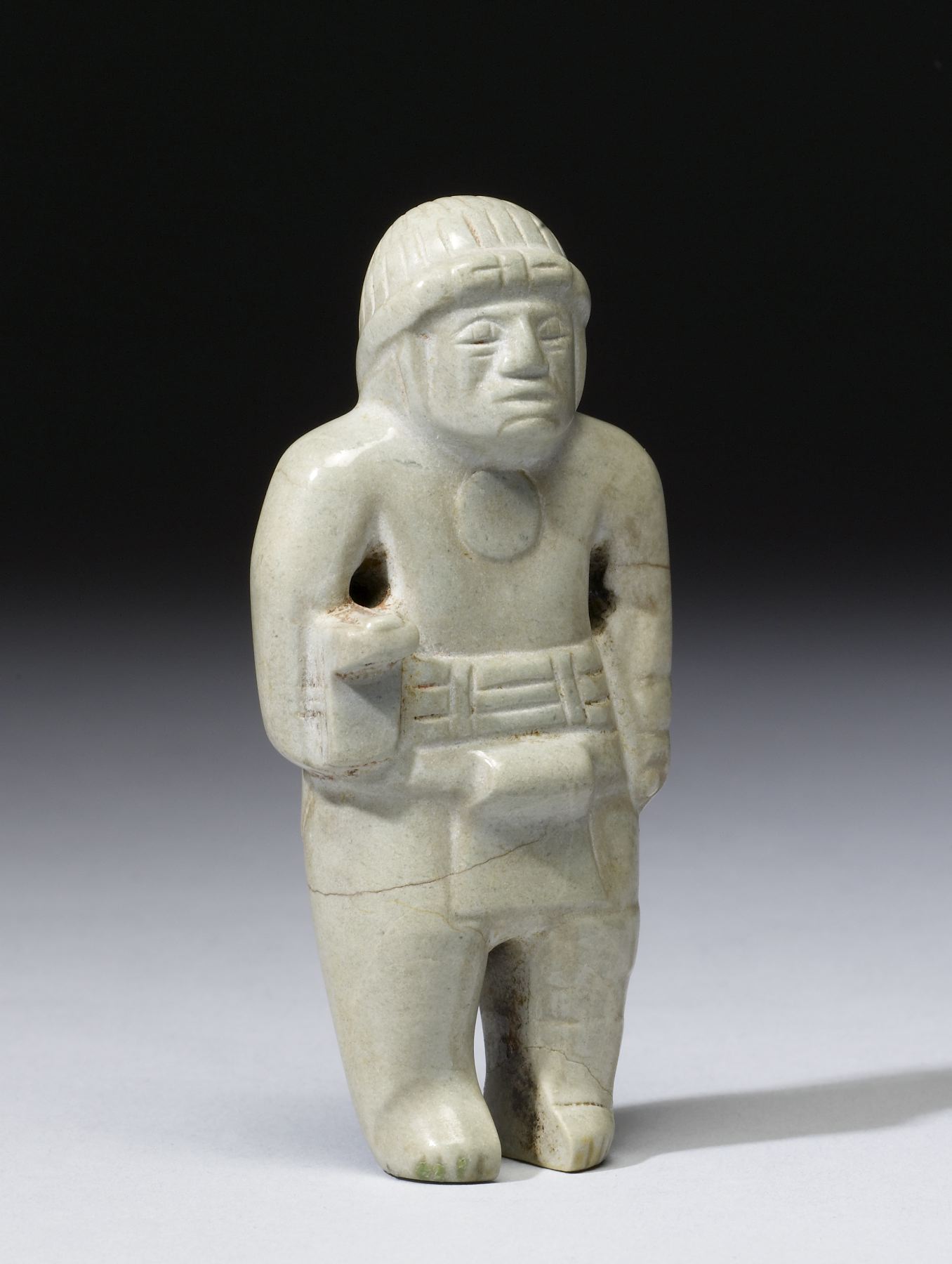 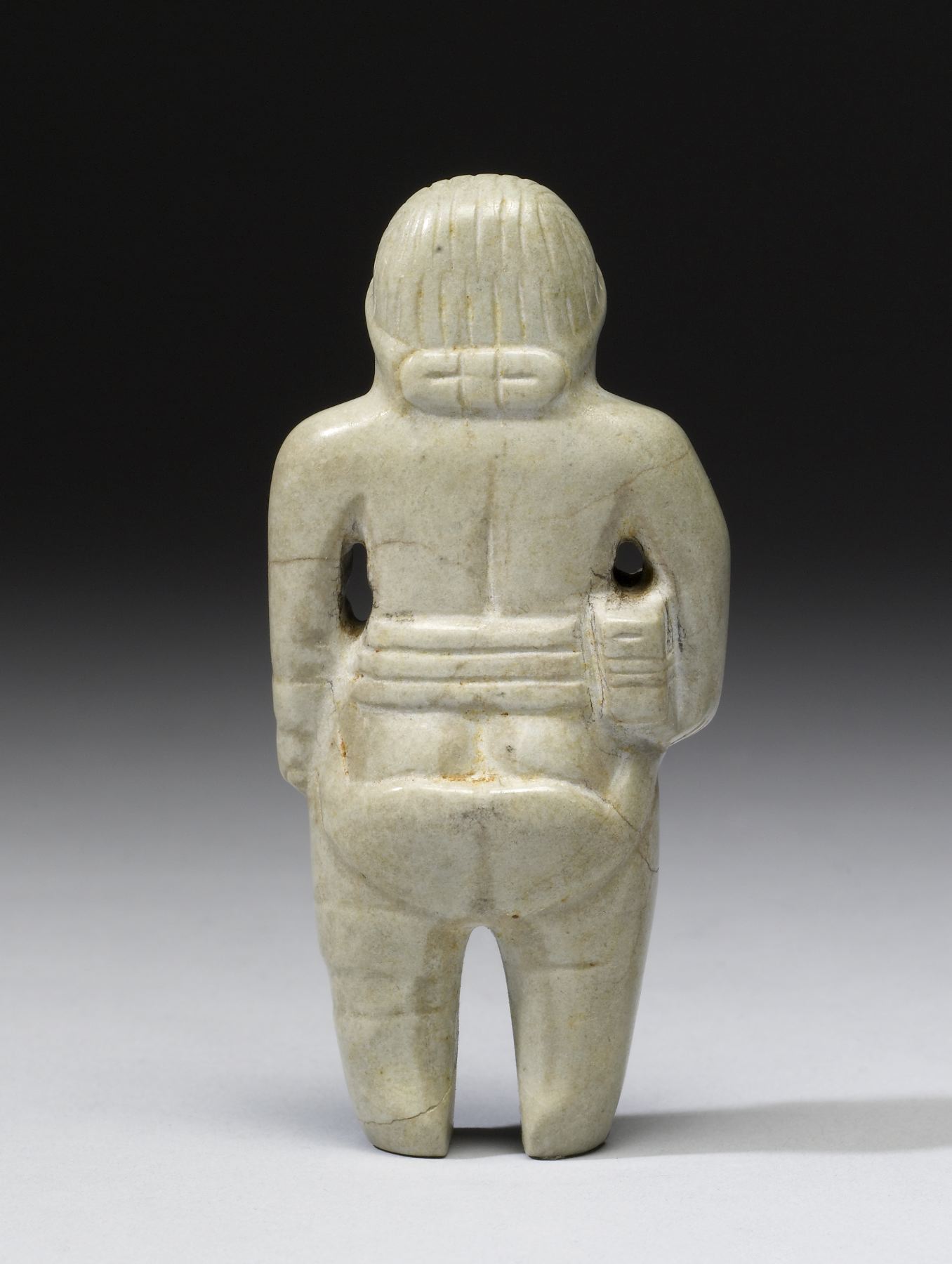 The identification of this figure as a ballplayer rests on the characteristically wide belt, or "yoke," around his waist. He carries a rectangular item in his left arm, and his right hand clutches a cylindrical object, perhaps a ball-striking implement used in some versions of the game. Underneath the yoke, the player wears a loincloth and hip wrap, which falls below his buttocks. His head is tied with a wide knotted strap, and his large disk pendant resembles the divining mirror seen on other Olmec-style figurines.

The Mesoamerican ballgame was a multifaceted event. It was played as sport, and among the sixteenth-century Aztecs, there was much betting and revelry. The game also was a ritualized reflection of cosmic forces, a ceremonial petition for fertility, and a rite during which the supernatural realm was made manifest. The ballgame has very ancient origins in Mesoamerica; the earliest known ballcourt, dating to about 1400 BCE, was found at Paso de la Amada in Chiapas, Mexico.