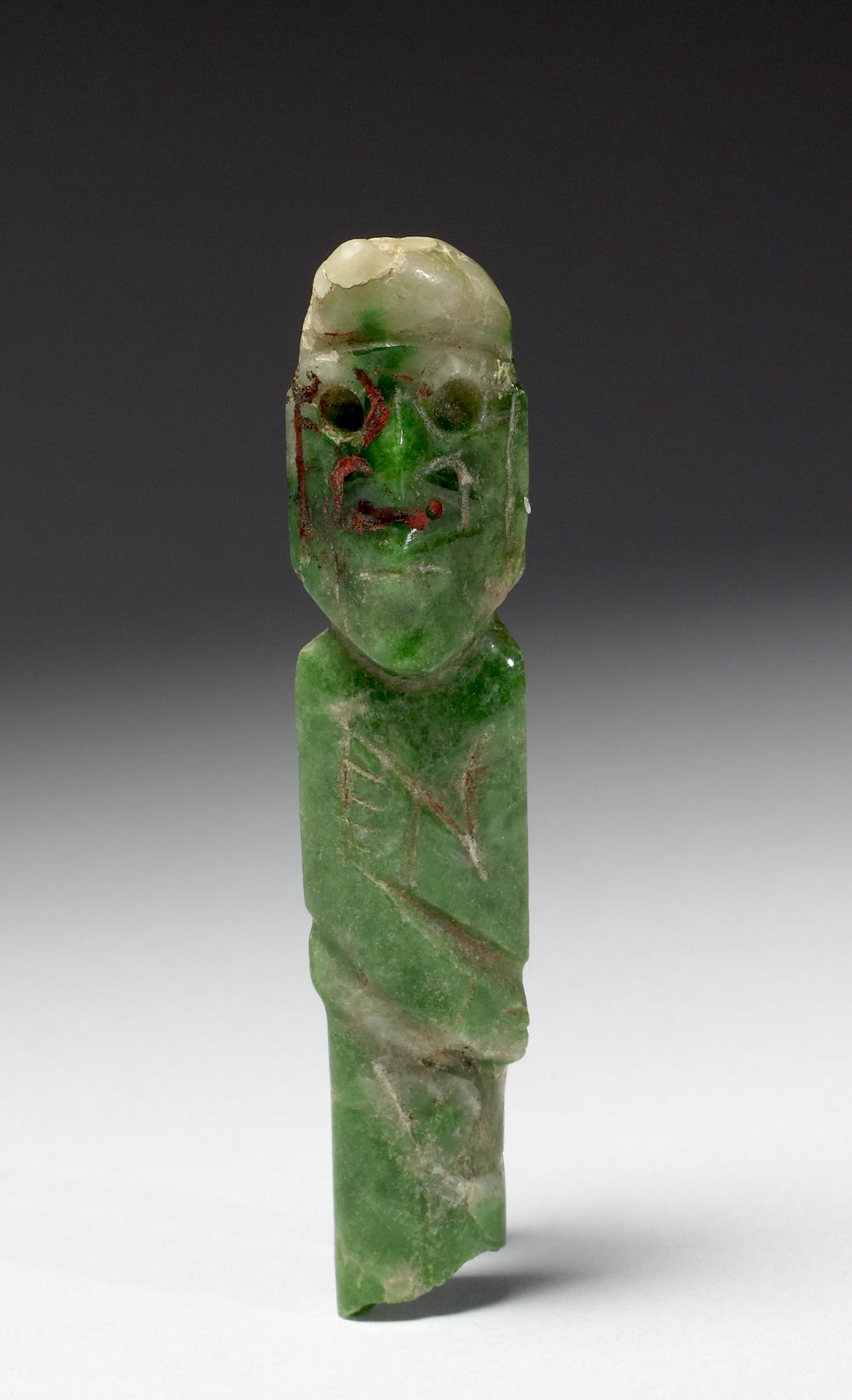 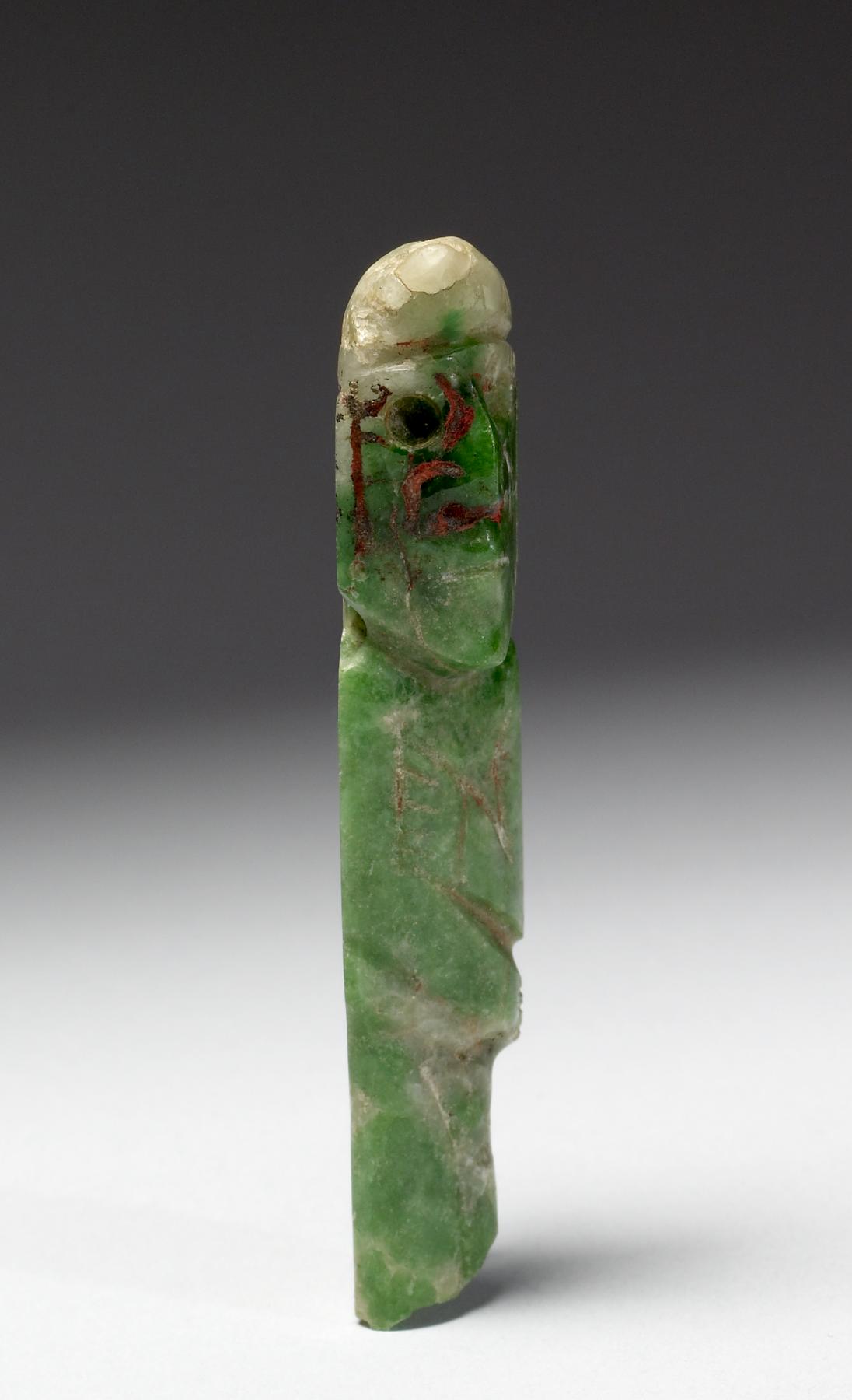 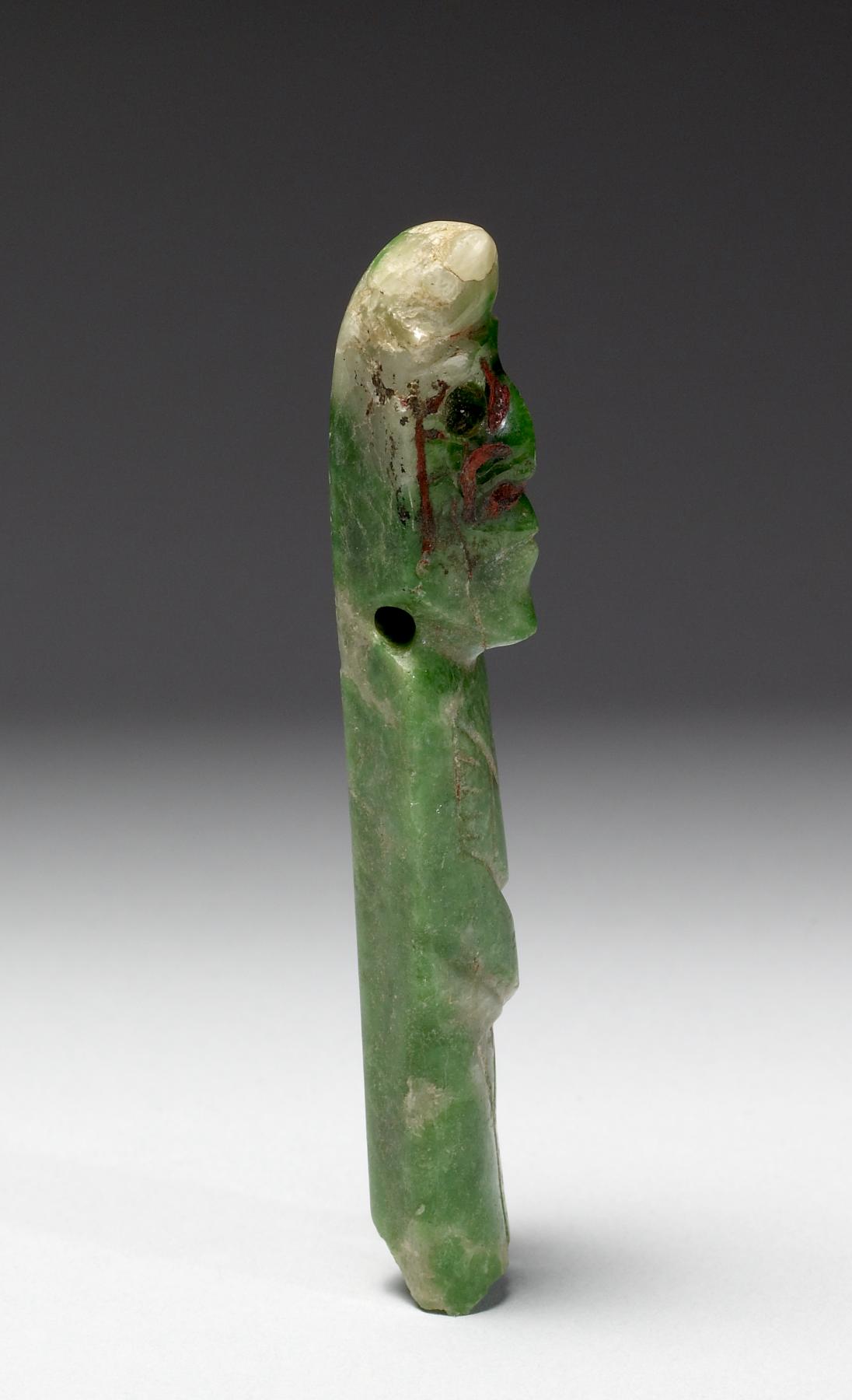 Jadeite is a dense alumina silicate of the pyroxene mineral family. The preferred stone for denoting status and sacredness throughout Mesoamerica, its value was based on its relative scarcity, the polished stone's bright, shiny surface , its translucent colors (ranging from light green to a rich blue-green), and the challenge of carving the stone due to the stone's hardness. In addition to the impressive visual qualities and scarcity, jadeite was symbolically linked to the miracle of the earth's fecundity, the maize god, and the life-giving promise of green plants and blue-green water. Together, these attributes made jadeite the most valuable of all materials to adorn the nobility and the gods. The Maya also fashioned adornments from similar green-colored stones whose visual properties resemble those of jadeite. It is difficult to discern the correct geological identification of these adornments without technical analyses.
The nearly full-figural, elongated pendant is an unusual shape and type of portrayal for Classic Maya jadeite jewelry. It is further distinguished by the intense green color of the stone; the eye sockets may originally have held inlays of shell, iron pyrite or some other material to depict pupils.