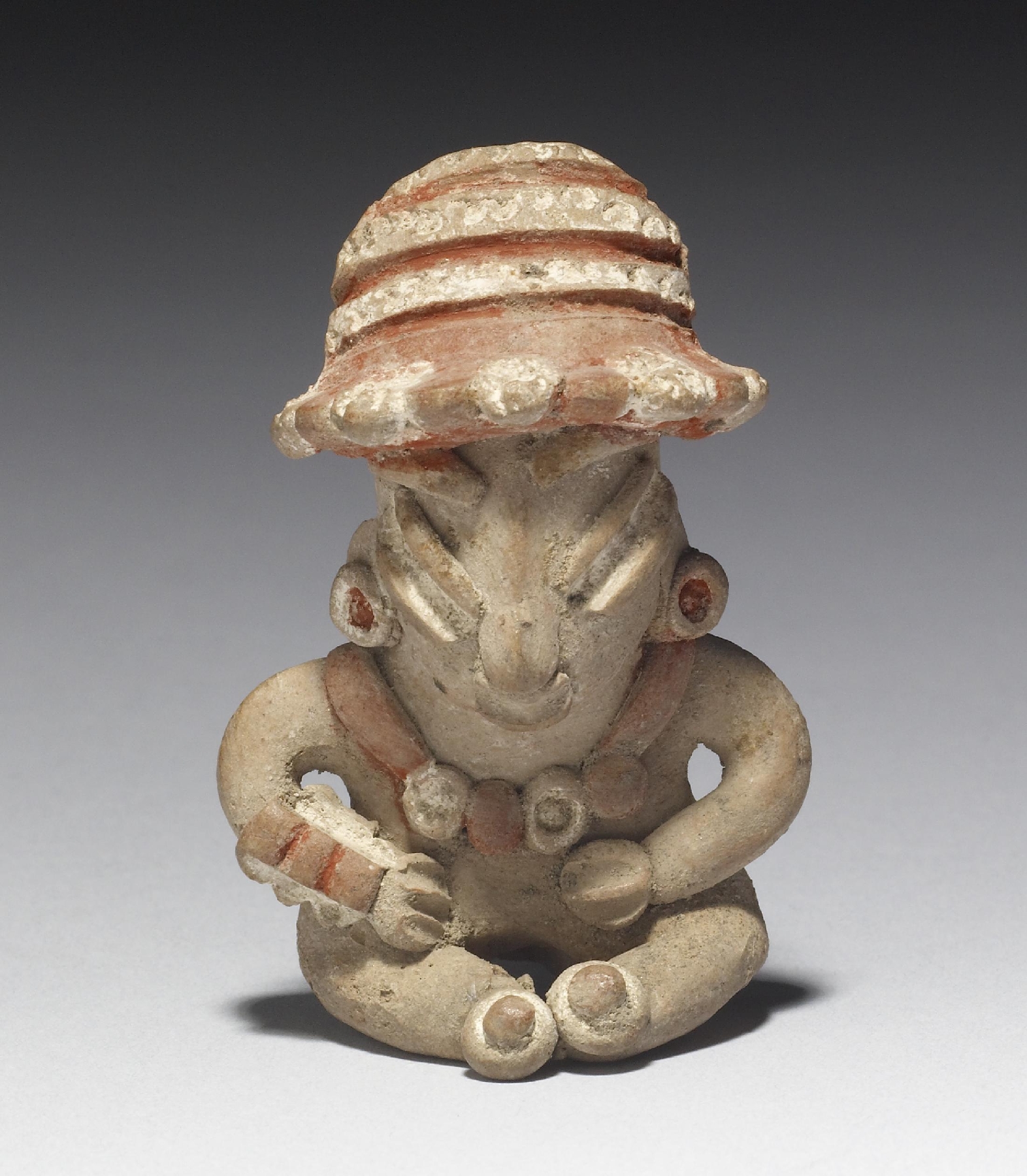 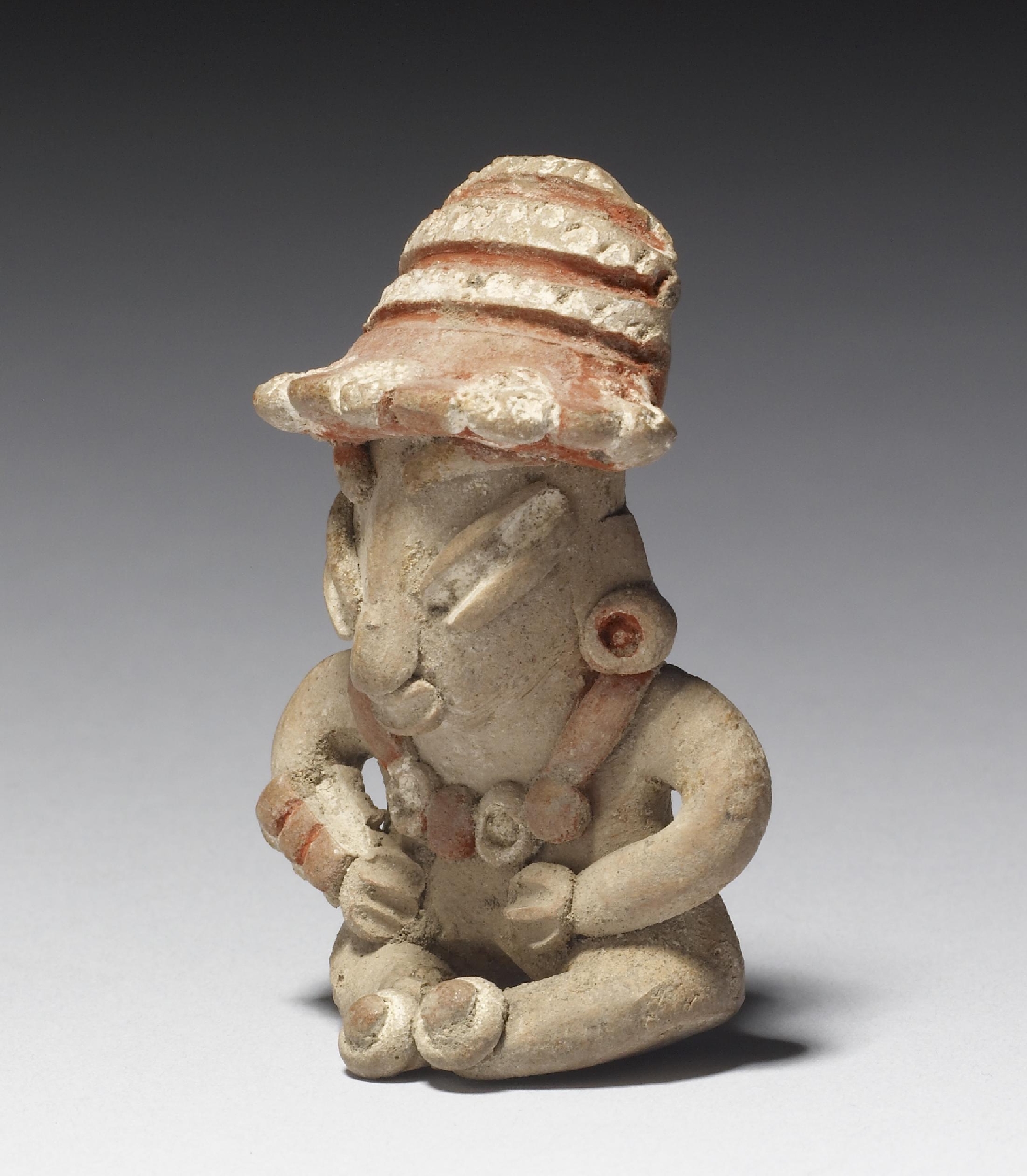 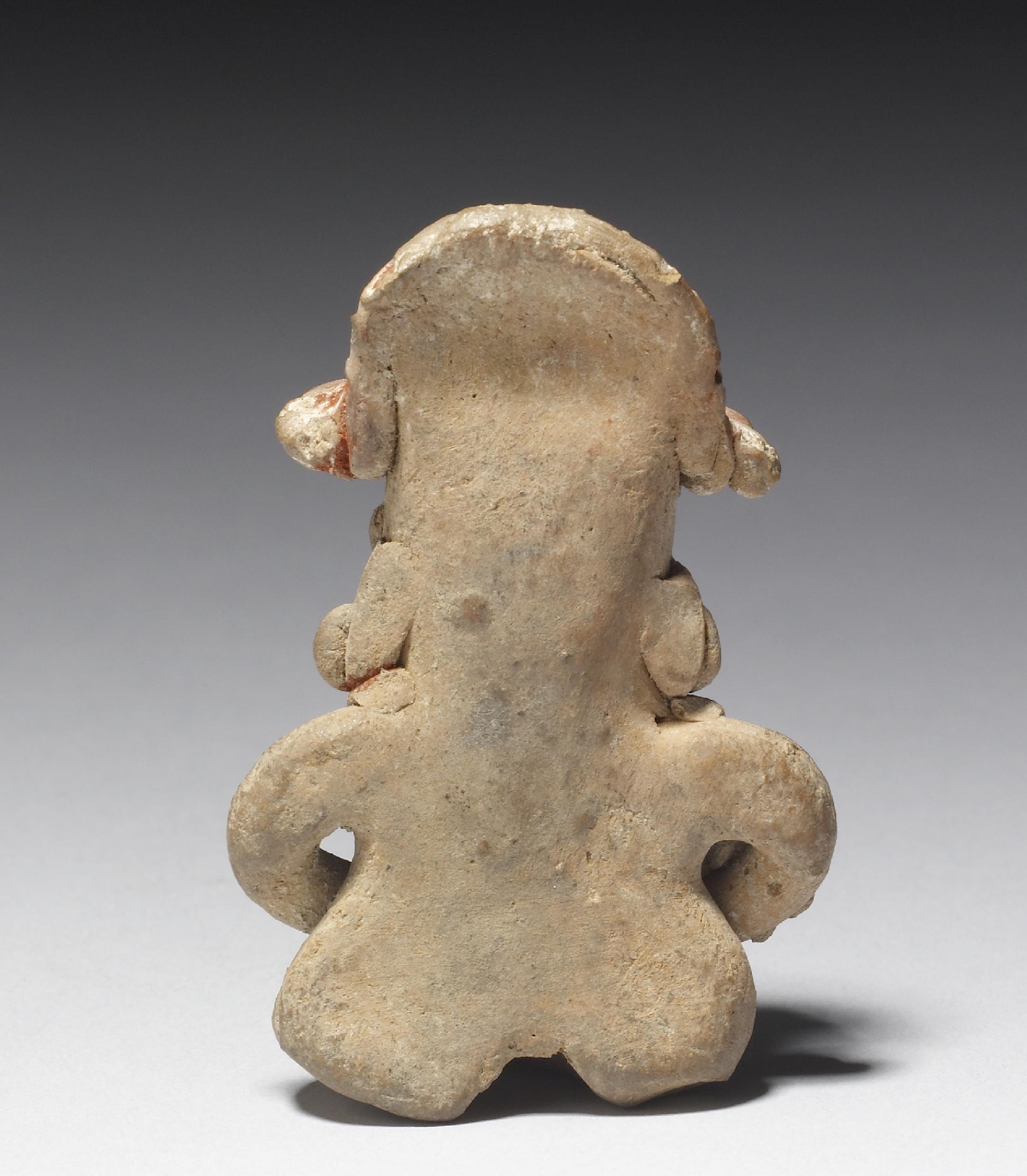 Famous for their diminutive size and fine details, Chupícuaro figurines emphasize rounded body contours and triangular faces accented by elongated, slanted eyes. Often the artists contrast the smoothness of skin with striations indicating hair, garnishing the coiffures with red pigment. Many figurines sport elaborate necklaces and ear ornaments; woven bands or hats sometimes adorn their heads. The seated figure may represent a player of the Mesoamerican ballgame, suggested by the wide band protecting his right forearm and the rounded-top hat. Chupícuaro figurines' functions are not well understood. They typically are found in burials, common domestic contexts, and nonarchitectural settings such as agricultural fields. A theme of fertility is implied by the majority depicting women, often with realistically rendered genitalia and generously rounded abdomens. Regardless of their ancient function, the figurines constitute a detailed source of information concerning Chupícuaro body adornment and hairstyles, and their expressive delicacy implies an appreciation of fine craftsmanship.