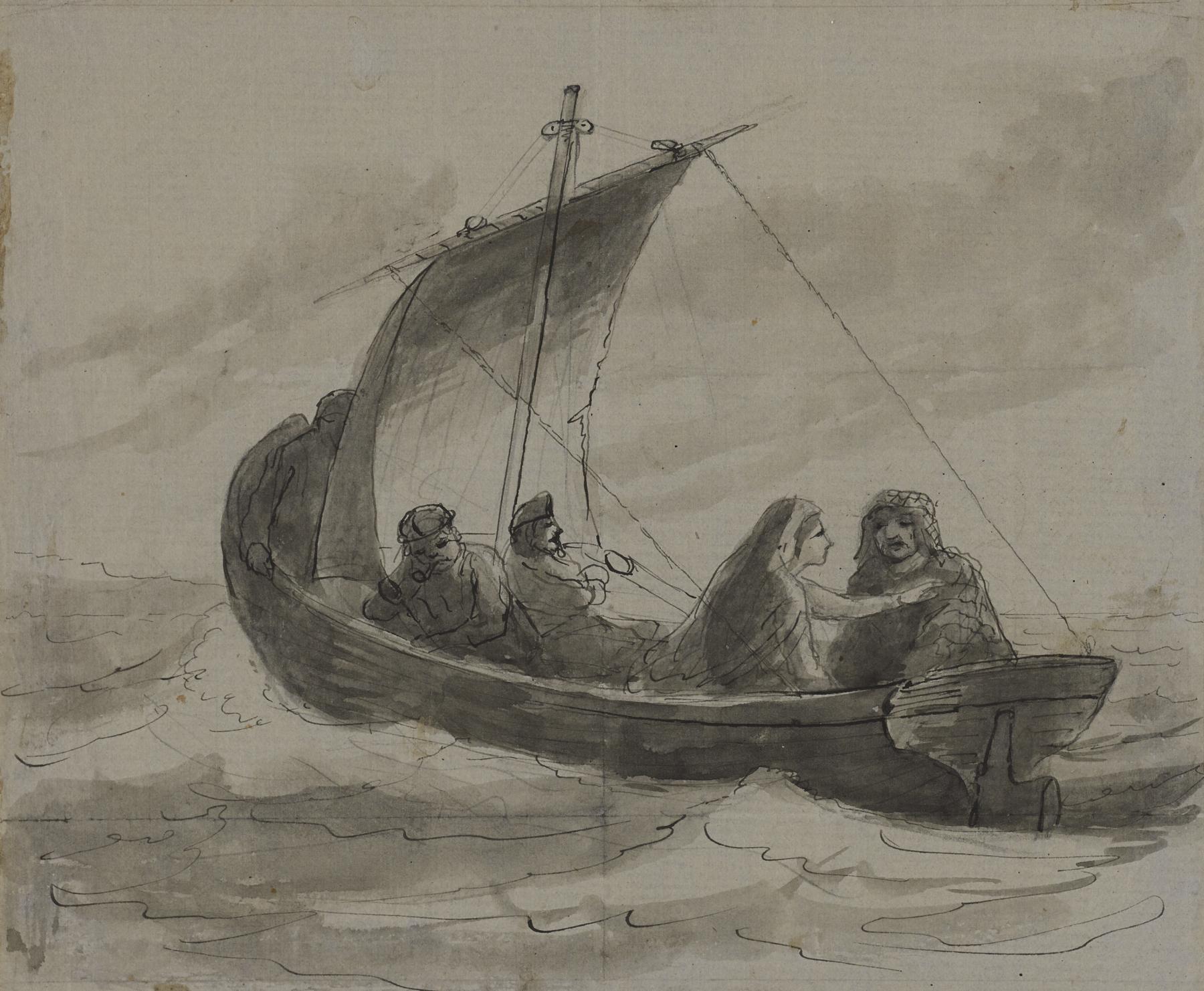 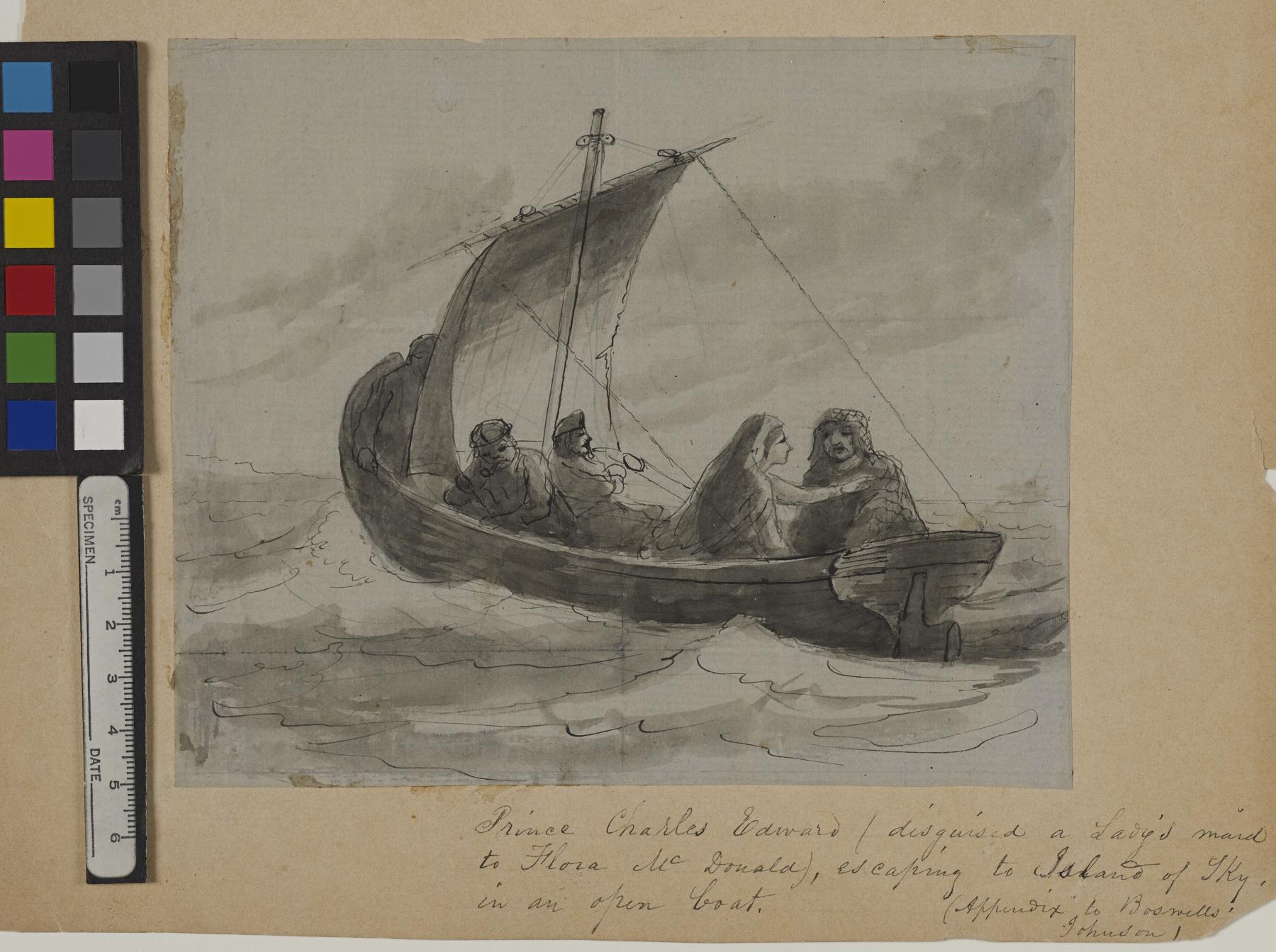 Miller illustrates the scene of Prince Charles Edward fleeing after his failed insurrection. As Prince Regent of the exiled house of Stuart, he tried to regain the British throne by uniting Highland clansman and invading England. After his final defeat in 1746, he was chased across Scotland for several months before ultimately escaping to France.

This scene depicts one of his evasions: Flora MacDonald disguises him as an Irish spinning maid named Betty Burke.

[Label] Beneath: Prince Charles Edward (disguised as a Lady's maid to Flora McDonald), escaping to Island of Sky, in an open boat. (Appendix to Boswell's Johnson)

Gift of The Lisanelly Foundation, 1968