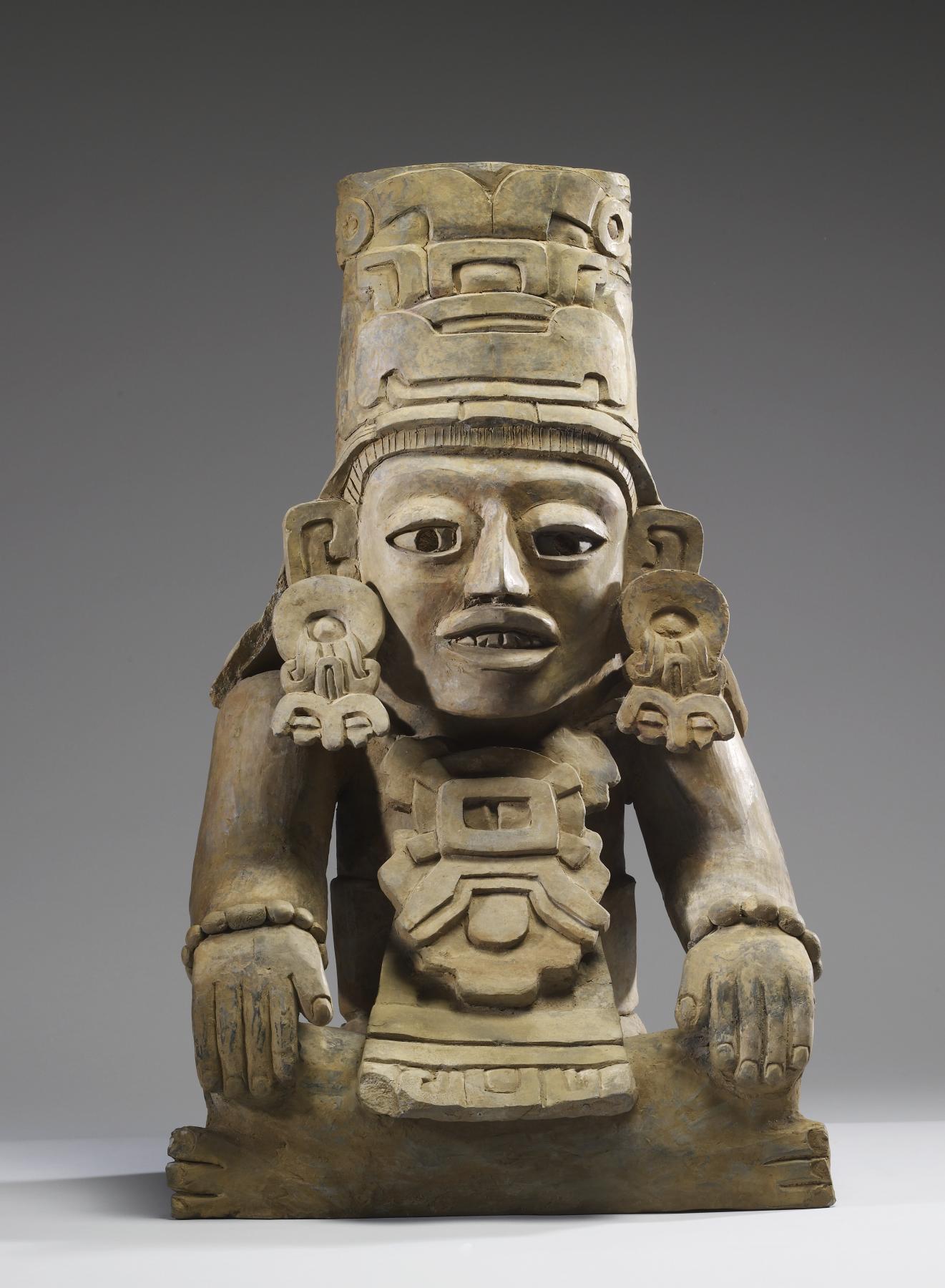 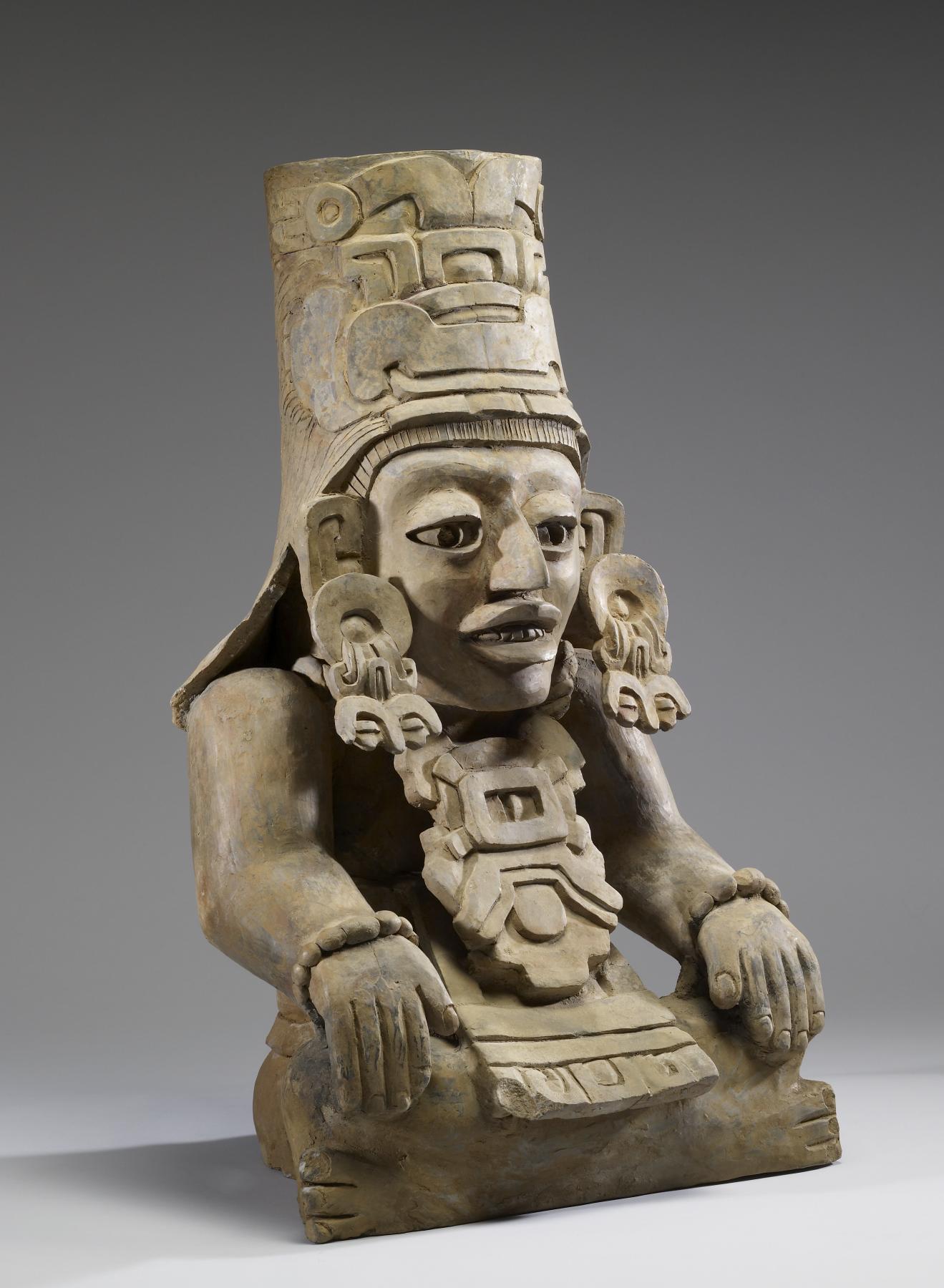 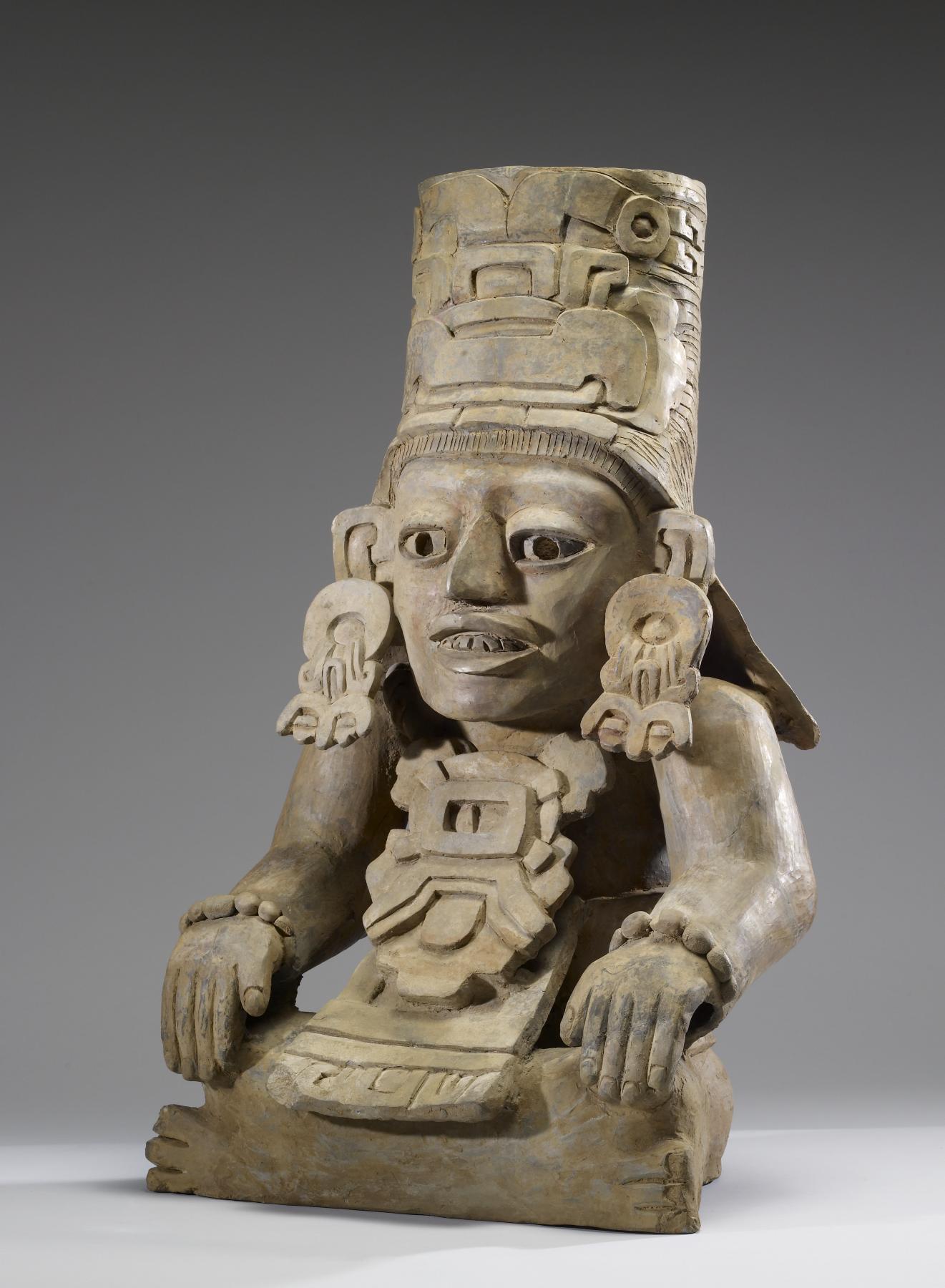 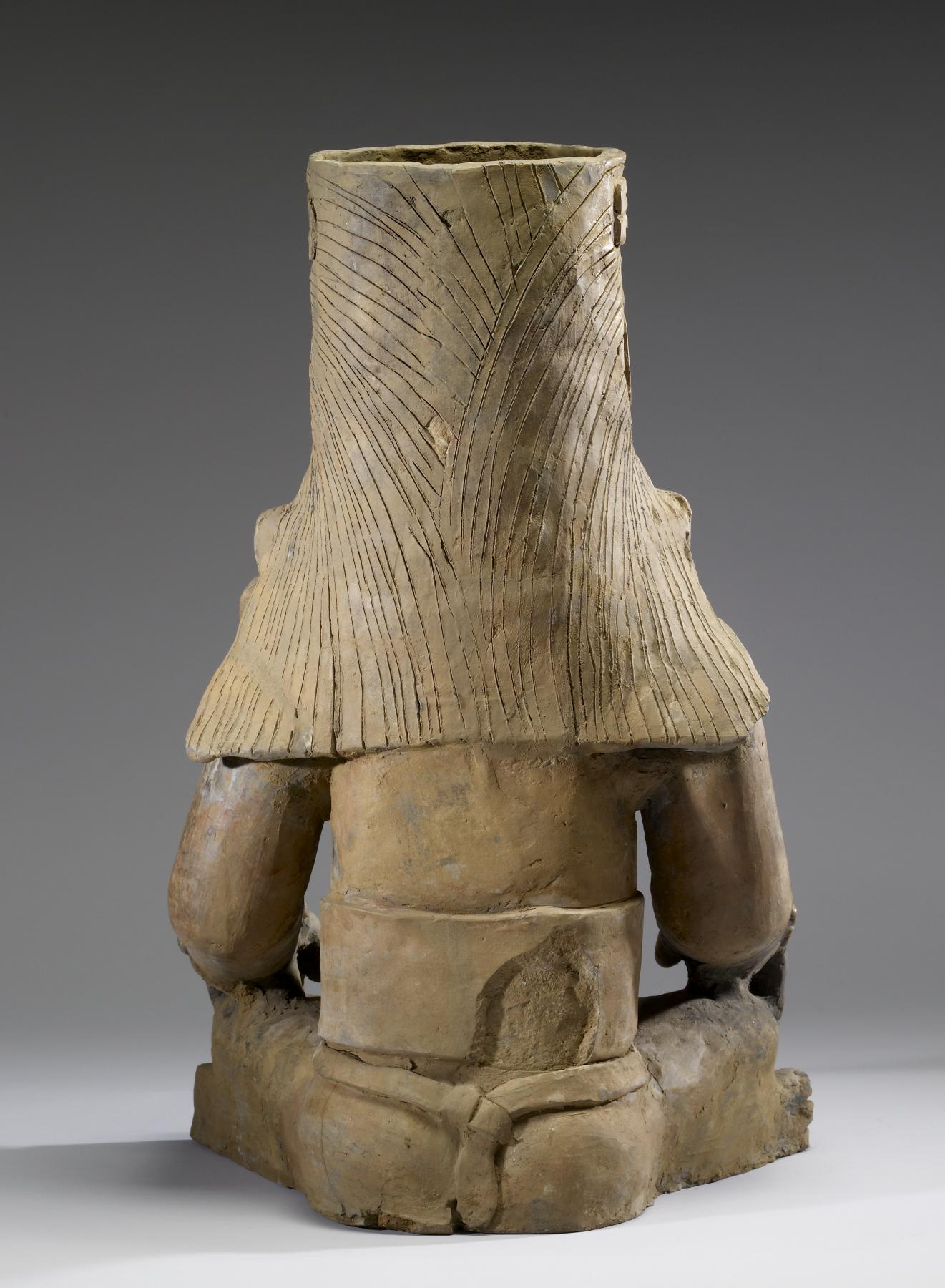 Large, figural urn effigies are unique to Zapotec sculptural traditions of the Late Preclassic and Classic periods. During Classic times, their forms and iconographic programs became institutionalized to such an extent that individual types can be identified and their symbolic meanings discerned. Most portray persons dressed as specific gods, especially the rain deity Cociyo and the maize god Pitao Cozobi. They are found in building caches, usually as single offerings, or more frequently in tombs, often accompanied by a number of smaller "attendant" figural urns. No evidence of smoke or carbon has been found inside the cylindrical containers at the figures' back, belying their interpretation as incense burners. In a few instances, the containers were found to hold obsidian blades, jadeite adornments, and the remains of organic materials, all of which likely represent offerings and ritual items from the moment of internment or perhaps later veneration rites conducted in the tomb. This commanding figure represents an impersonator of the maize god. The large size of the urn suggests that it was a tomb's main figure and, as such, may have symbolized a sacred ancestor of the tomb's occupant. His headdress features the hieroglyph Lape (drop, rain), which is the nineteenth day in the Zapotec calendar. Its iconographic origin is a bundle of maize leaves. The blending of maize god and rain imagery is mirrored in the figure's large, elaborate earflares, which allude to the rain god Cociyo. The trilobed element emerging from the earflares usually is found in the basal panels of other urns along with the image of an alligator. In all instances, the main figure is Cociyo. The ornate pendant covering the impersonator's chest is the maize god's pectoral glyph, which signifies the four-sided maize field. The presence of the maize god's chest ornament and the rain-maize headdress glyph unambiguously identifies the deity impersonated by this figure as the maize god and not Cociyo