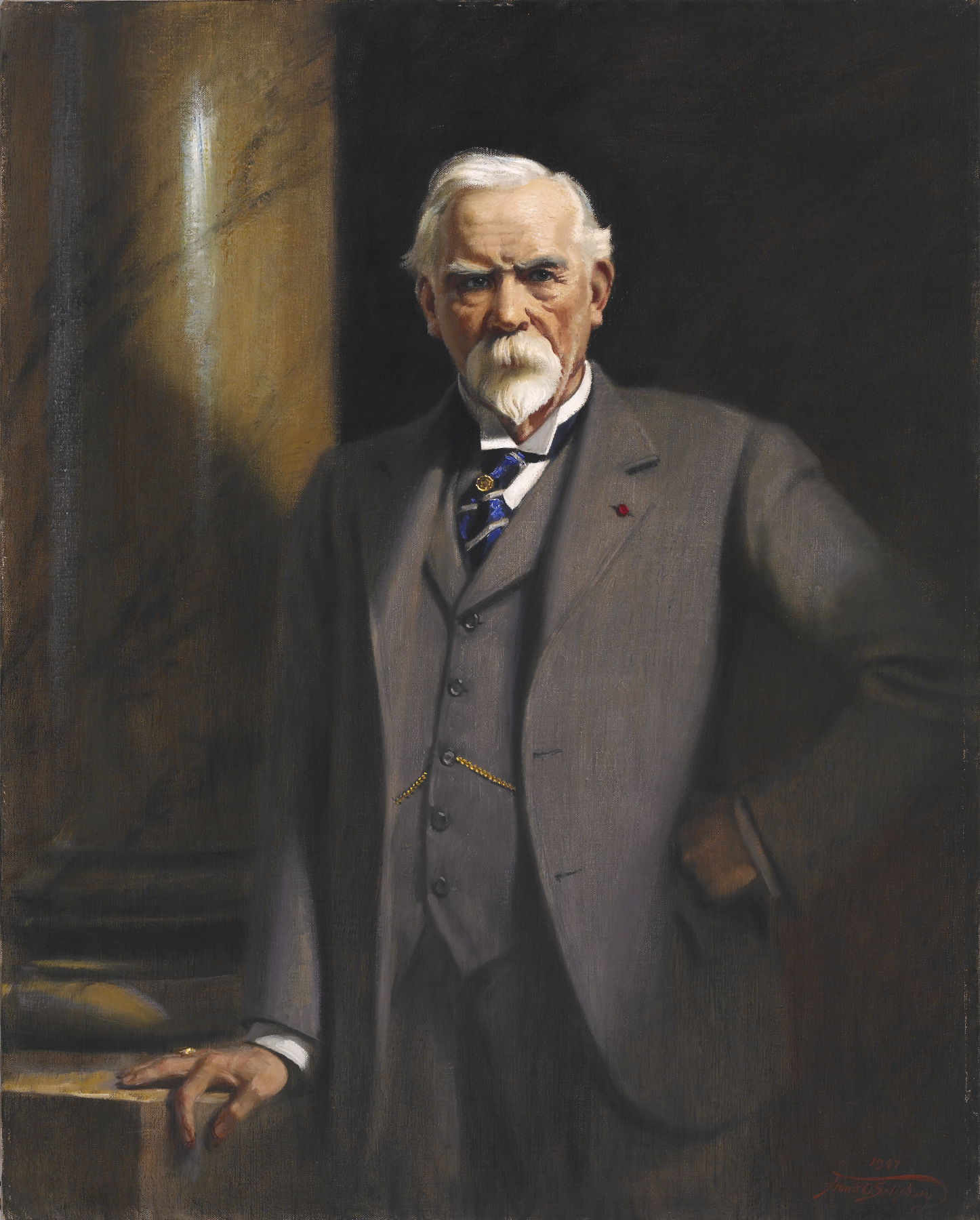 This portrait of Henry Walters (1848–1931), the founder of the Walters Art Museum, is full of vivid character. However, the artist did not paint the portrait from life. It was, in fact, commissioned 16 years after Henry's death by three of his nieces and his stepdaughter together with the museum. The painting was composed from photographs by the leading portrait painter Frank O. Salisbury. Salisbury also painted portraits of several other leading American philanthropists and art collectors, including Andrew Mellon, who funded and gave his art collection to the National Gallery of Art in Washington, D.C., J. P. Morgan Sr., whose collection would later become the Morgan Library & Museum in New York City, and John D. Rockefeller Jr., an important patron of the Metropolitan Museum of Art. The portrait shows Henry wearing several accessories that now belong to the museum. Each of them sheds light on his friendships and interests, contributing to the painting's evocation of a particular individual.