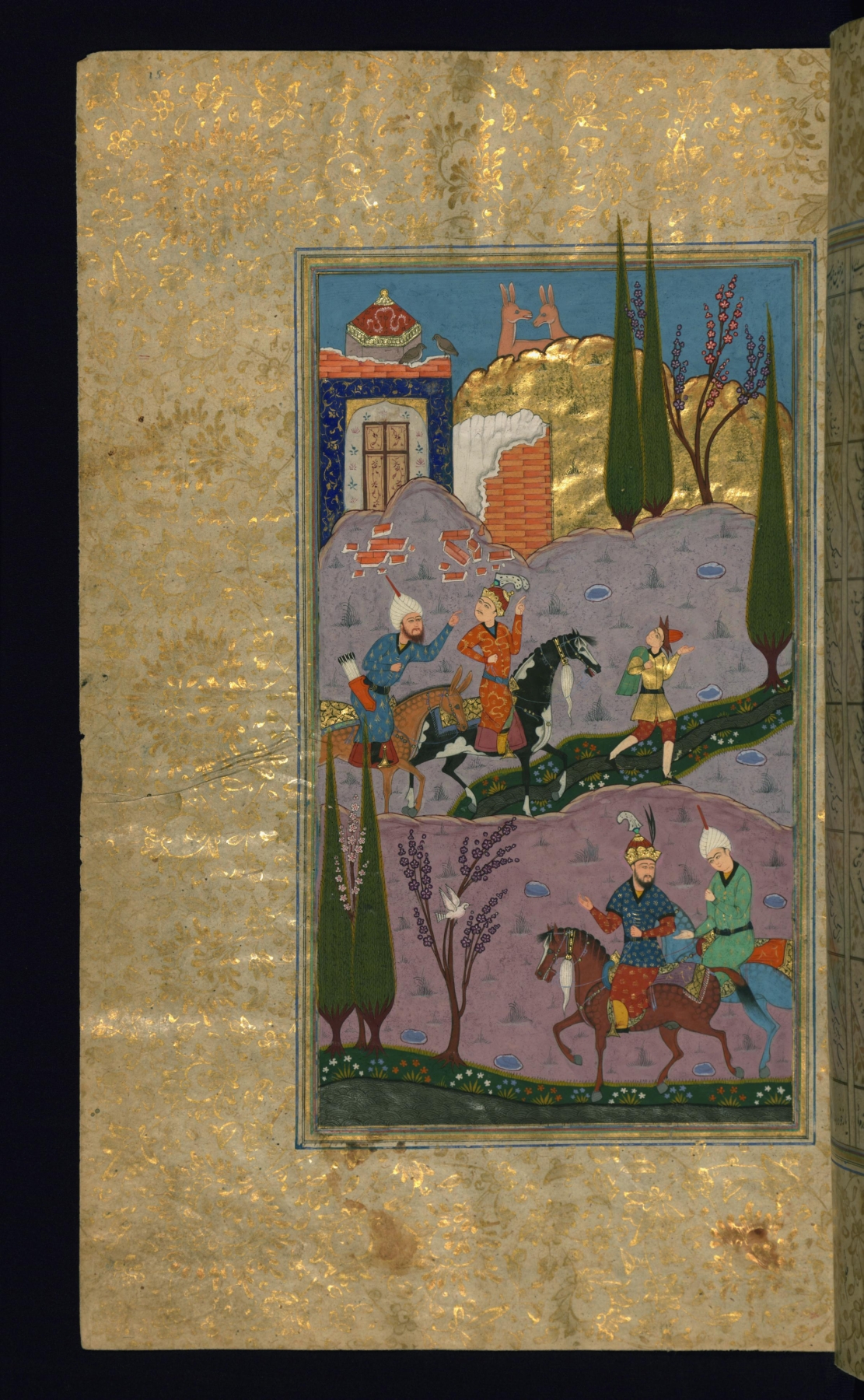 Nushirvan and his Prime Minster Dastur

This folio from Walters manuscript W.607 contains an illustration. Riding through a ruined village, the Sasanian Nushirvan and his prime minster Dastur see two owls talking.