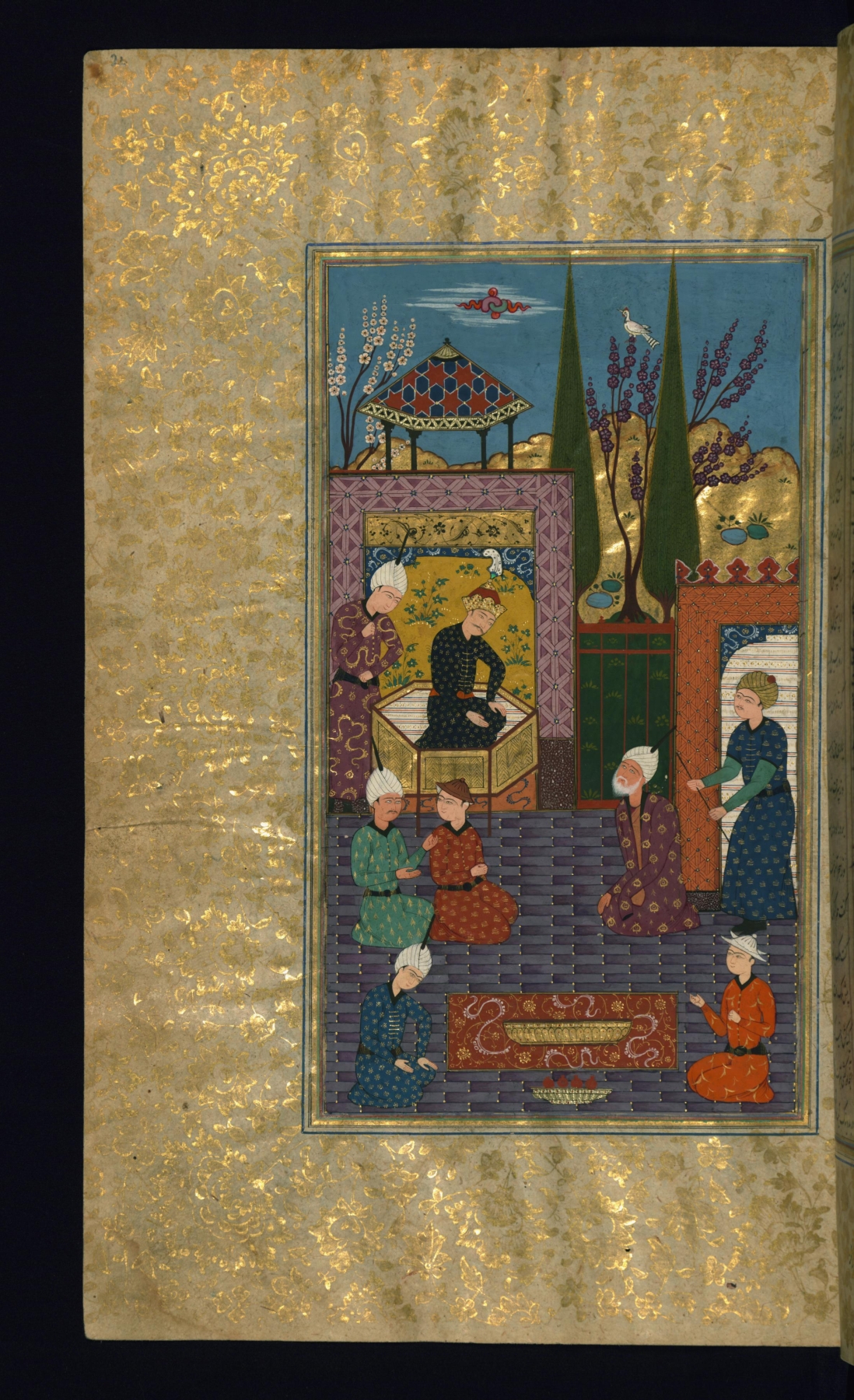 An Old Man Brought Before a Tyrant

In this folio from Walters manuscript W.607, an old man is brought before a tyrant.