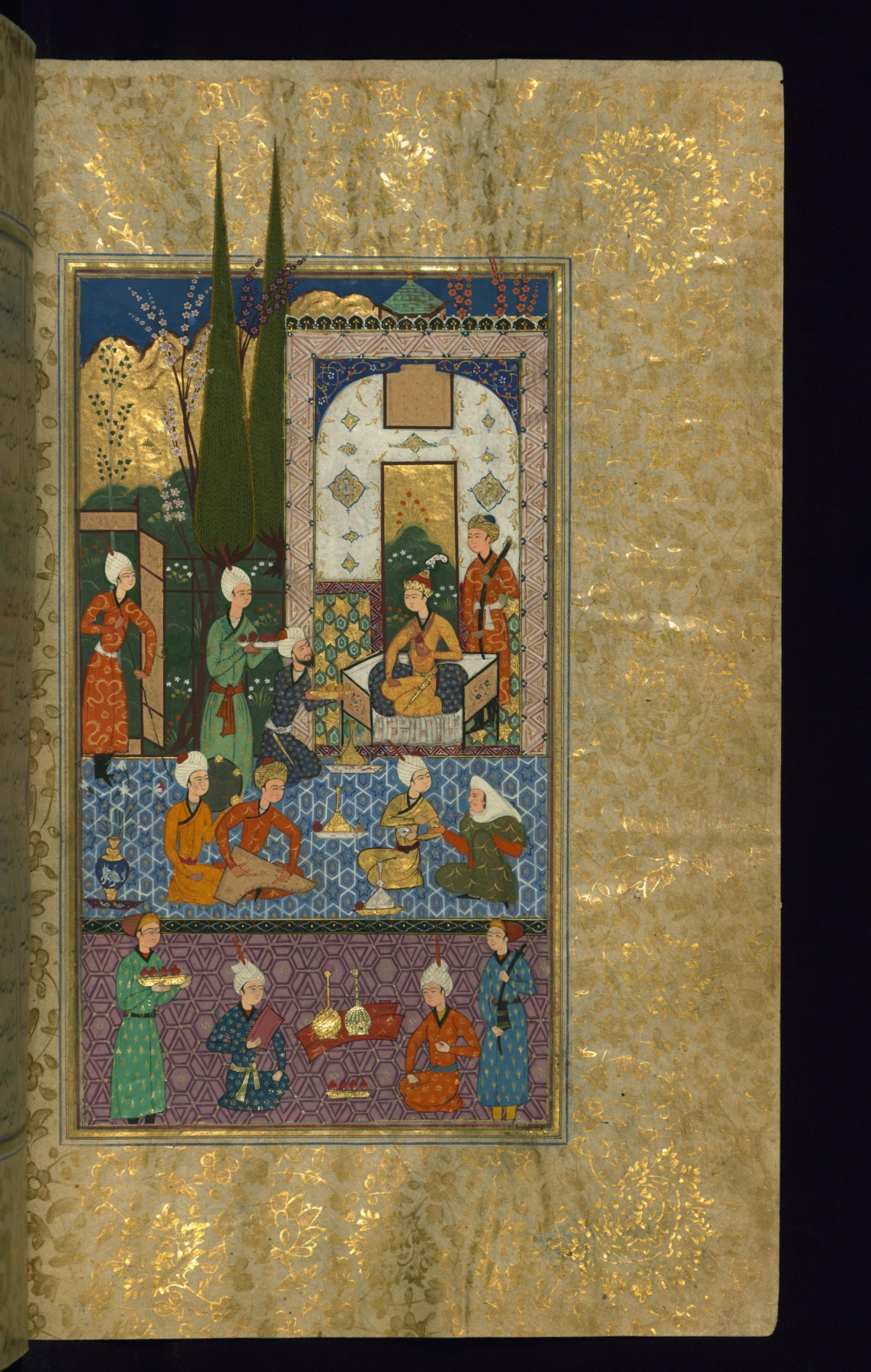 An Old Woman Speaking with a Confidant of King Jamshid

At a court gathering depicted on this folio from Walters manuscript W.607, an old woman speaks with a confidant of King Jamshid.