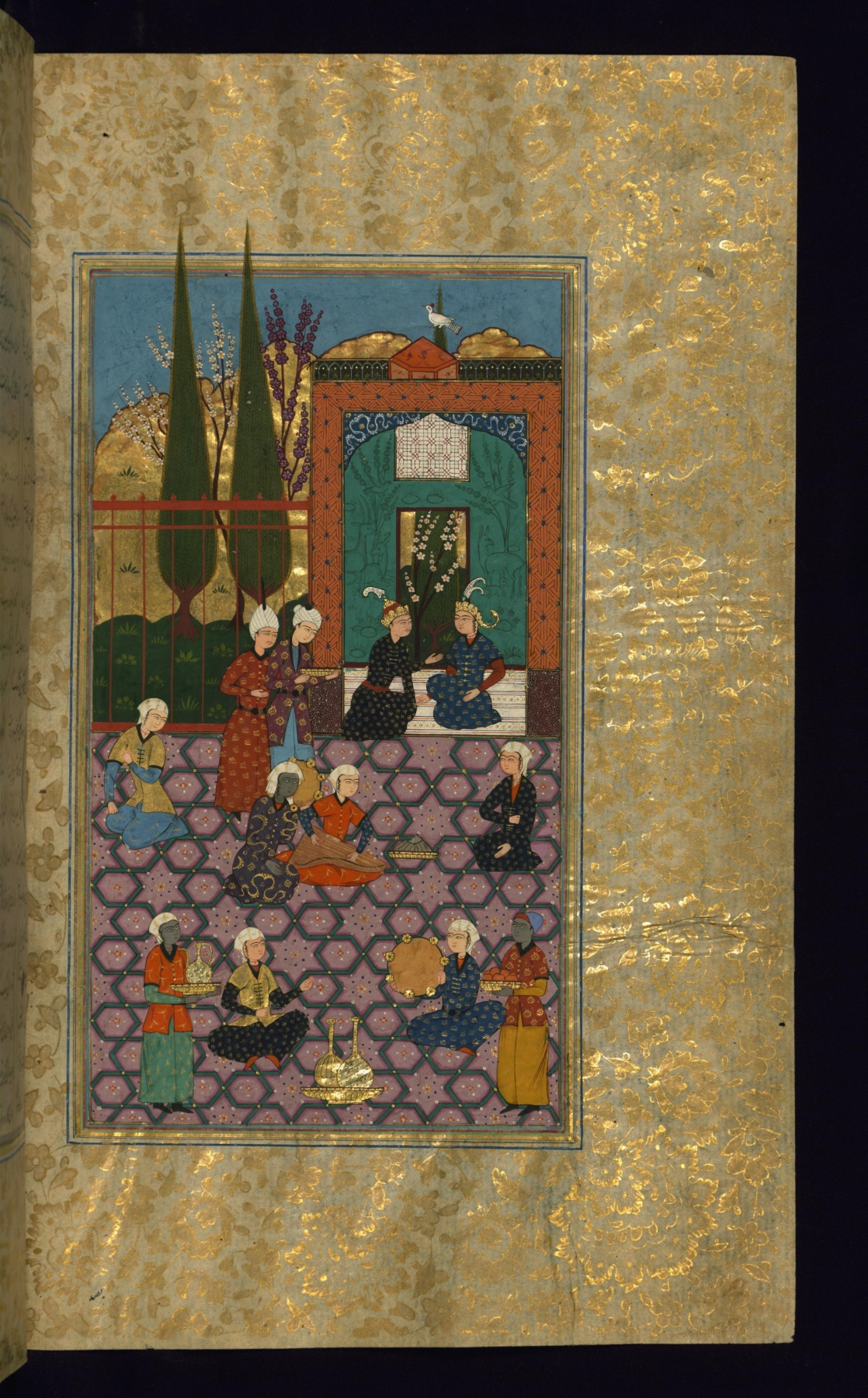 In this folio from Walters manuscript W.607, Shahpur is shown before the Armenian princess Shirin at a court gathering.