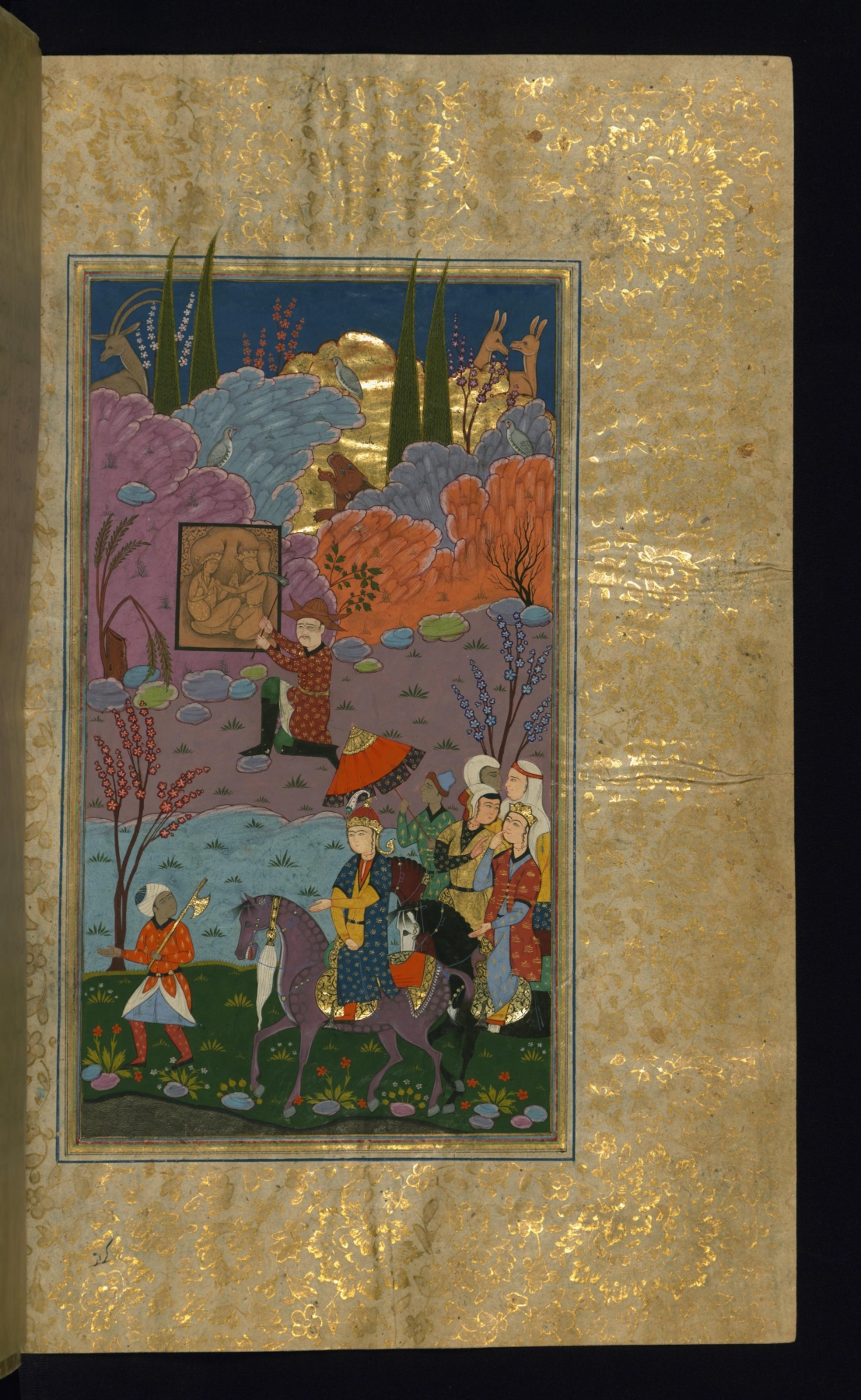 Farhad Carves an Image of Shirin in Rock

In this folio from Walters manuscript W.607, Farhad carves an image of Shirin in rock.