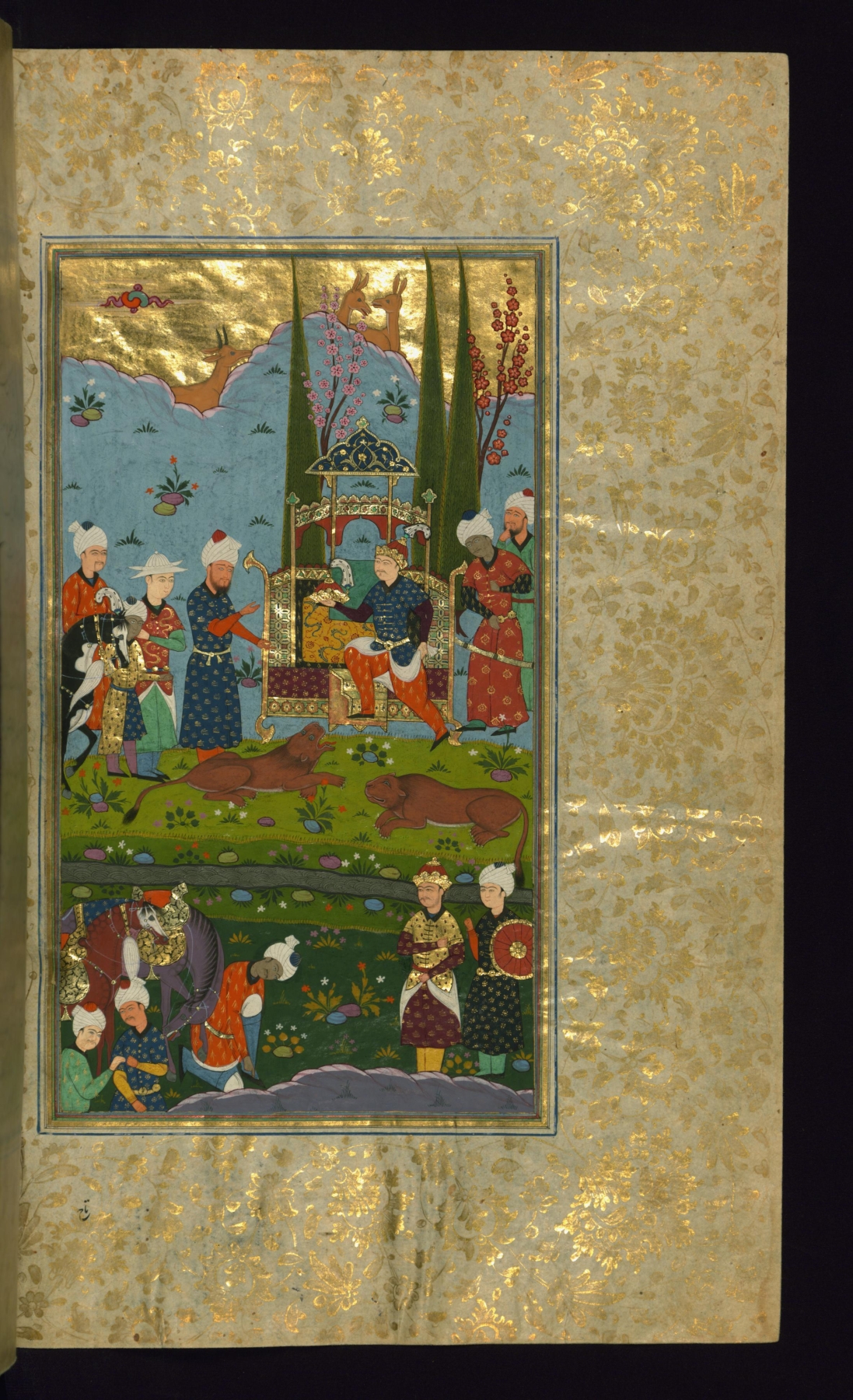 Bahram Gur Seizes the Crown After Having Killed Two Lions

In this folio from Walters manuscript W.607, Bahram Gur seizes the crown after having killed two lions.