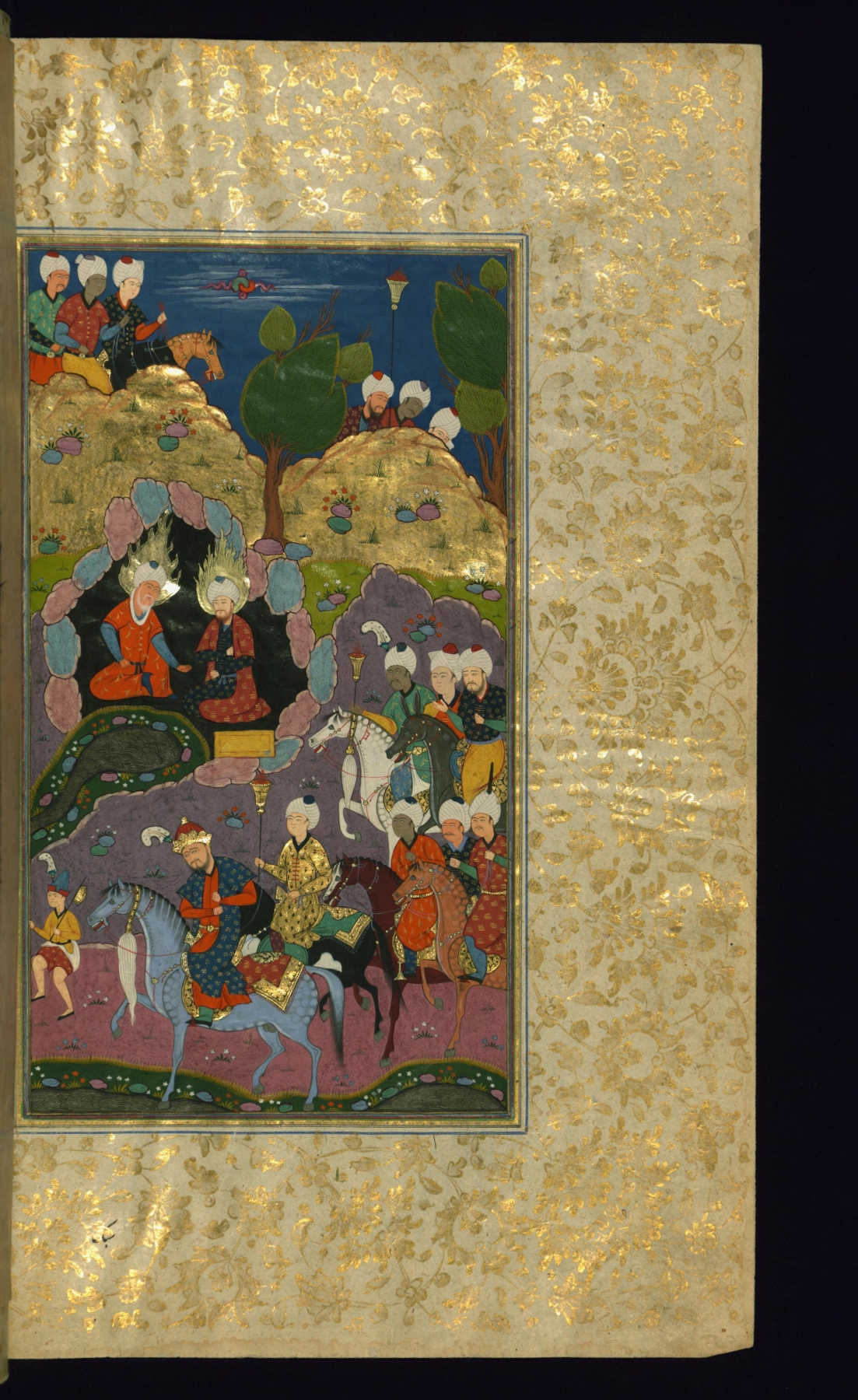 On this folio from Walters manuscript W.607, Alexander the Great (Iskandar) searches for the fountain of life and passes by a cave, before which sit the prophets Khidr and Ilyas.