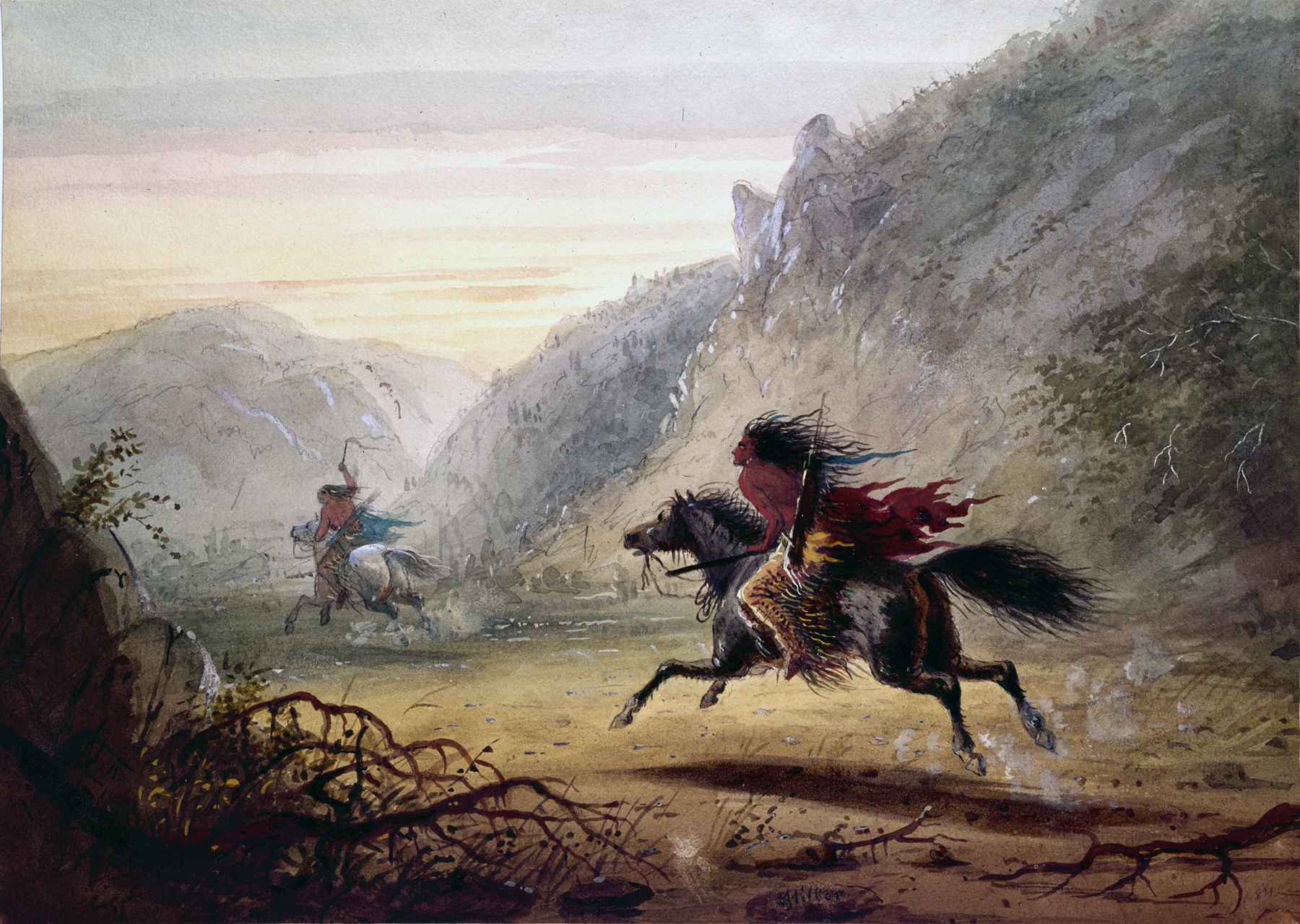 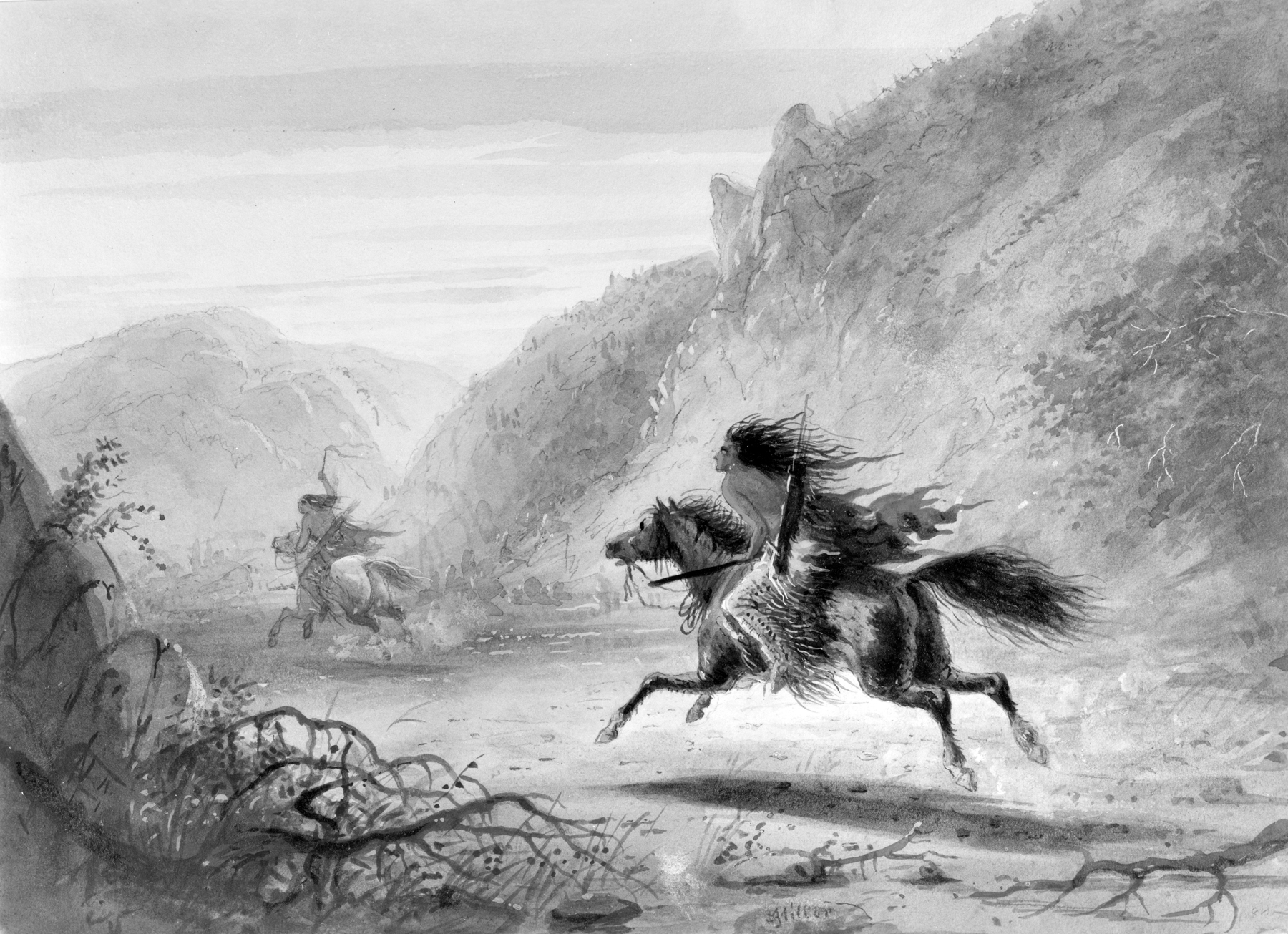 "The avenger is behind and no house of refuge for the offender. The disgrace to the poor devil in advance is not the act of stealing; his misfortune is in having been detected. The Snakes and Crows being in close proximity, near the Rocky Mountains, are in frequent collision, and of course do each other as much harm as possible." A.J. Miller, extracted from "The West of Alfred Jacob Miller" (1837).