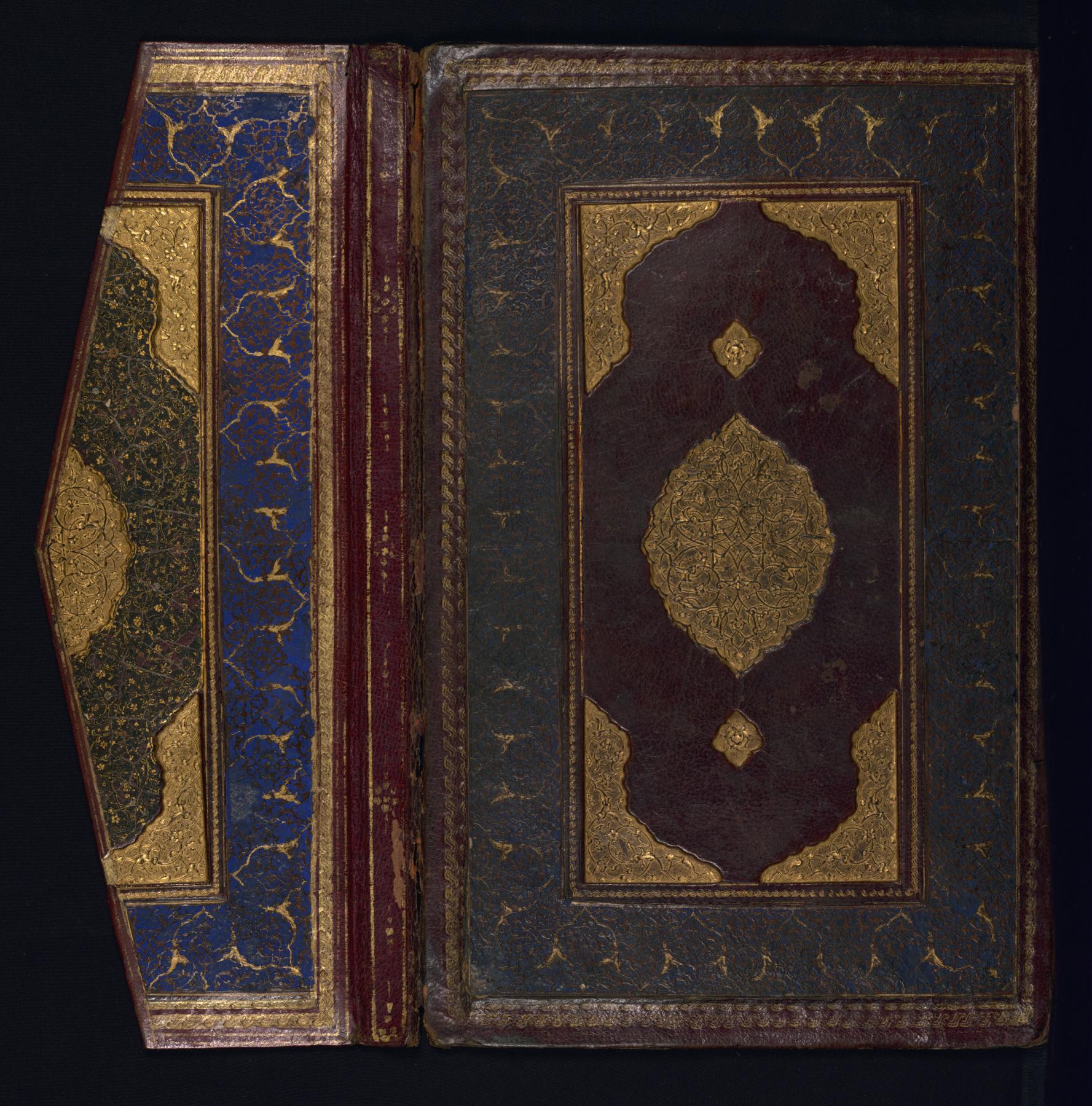 Walters manuscript W.618 is an illuminated and illustrated Safavid copy of the collected works (Kulliyat) of Sa'di (died 691 AH/AD 1292). It was written by 'Abd Allah ibn Shaykh Murshid al-Katib in the 10th century AH/AD 16th. The manuscript opens with an illuminated medallion (fol. 2a), followed by a double-page illustrated frontispeice (fols. 2b-3a) and a double-page illuminated frontispiece (fols. 3b-4a). The text is illustrated with 7 additional paintings (fols. 18a, 31b, 49b, 70b, 88a, 101a, and 106b). The brown leather binding is incorrectly bound with the flap appearing on the right side instead of the left. 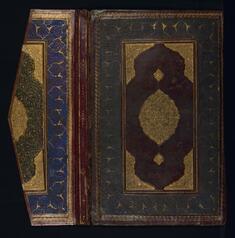 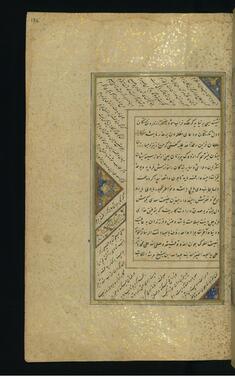 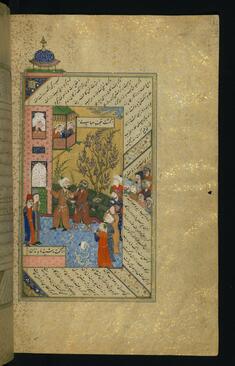 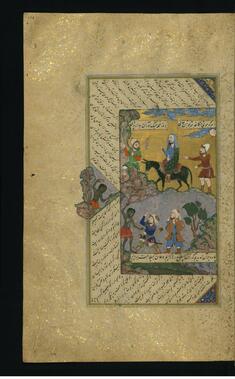 A King Finds a Judge Inebriated 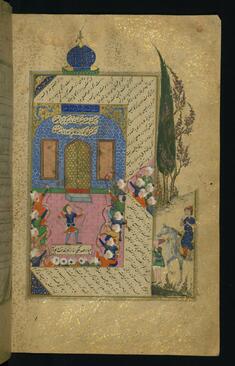 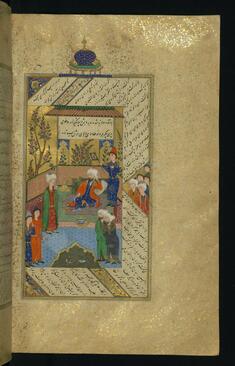 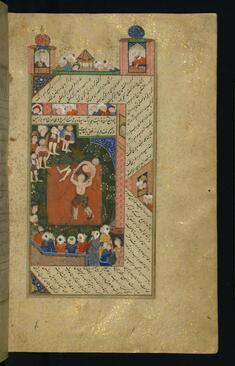 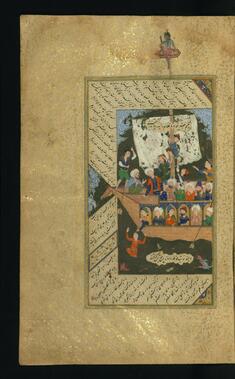 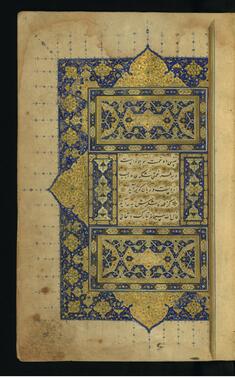 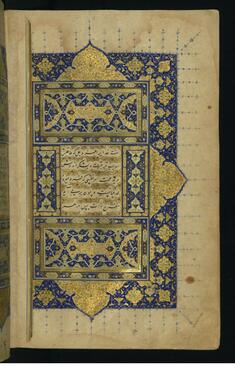 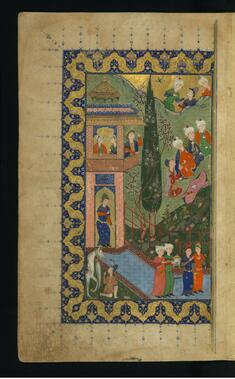 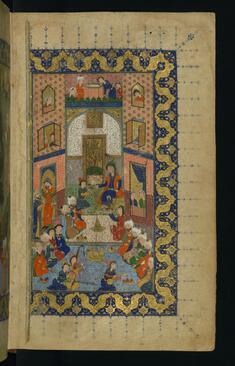 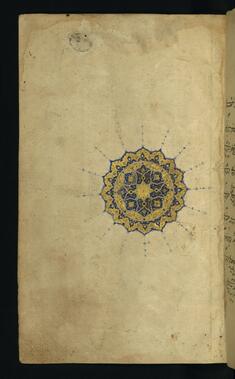