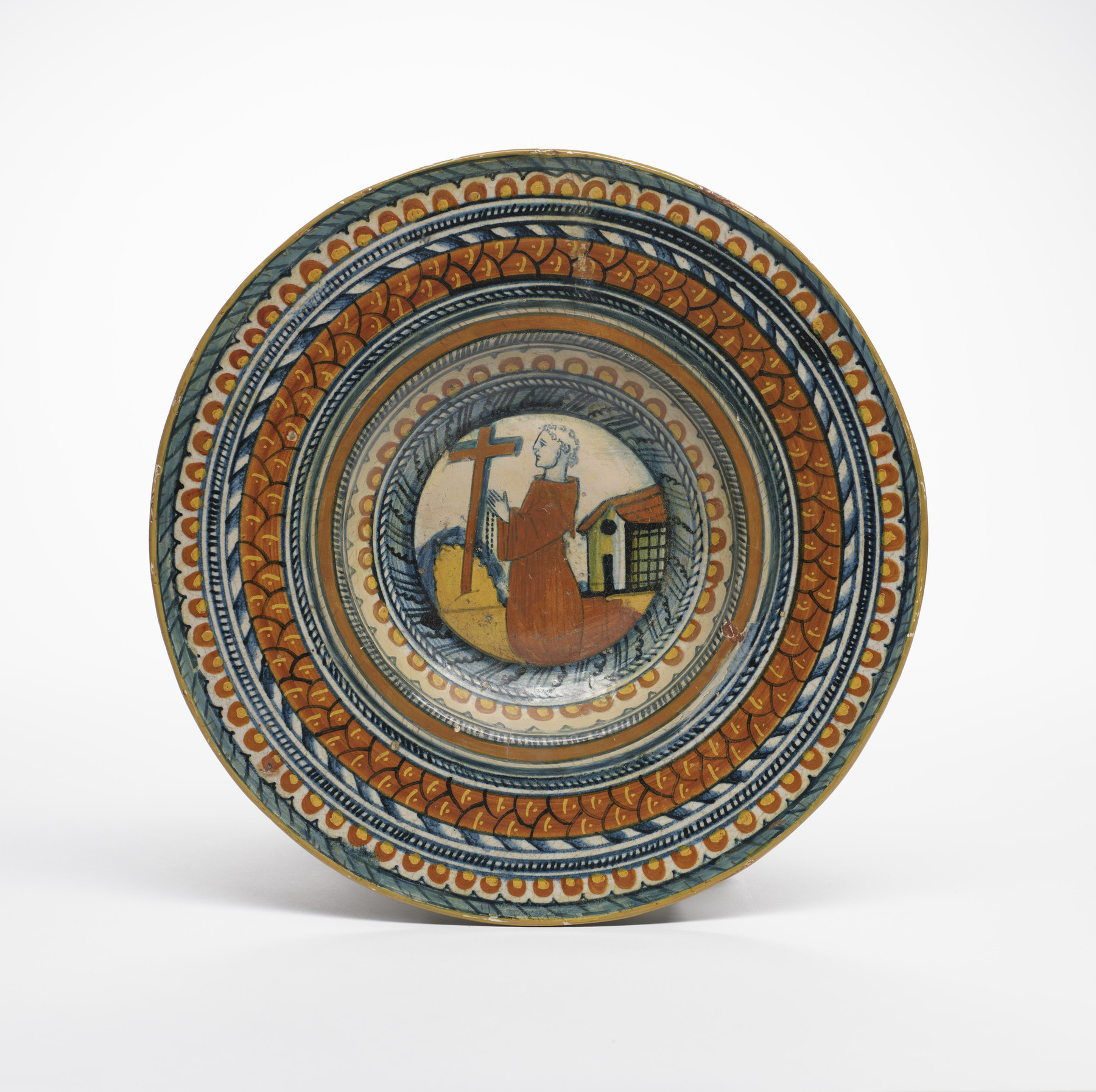 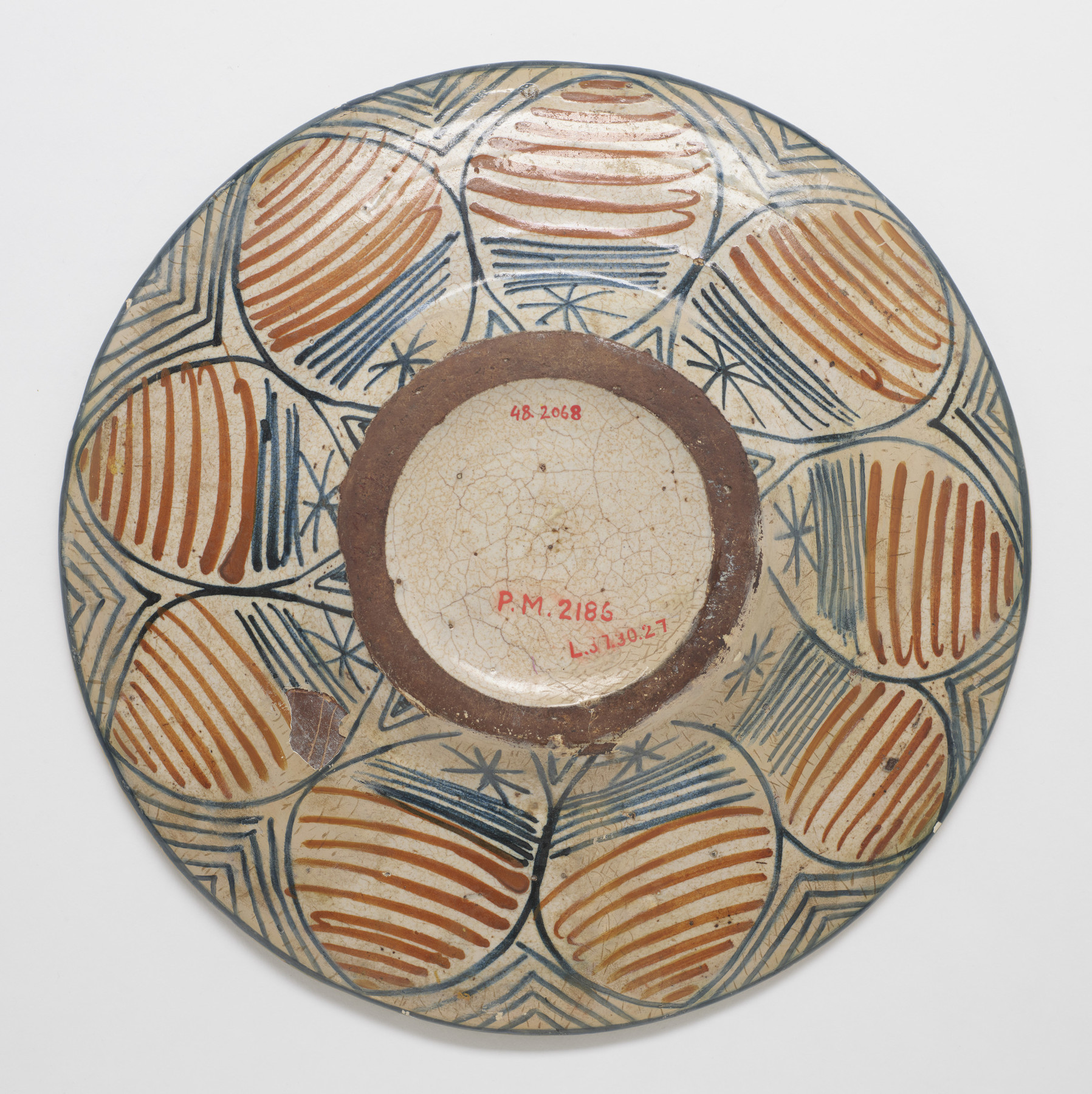 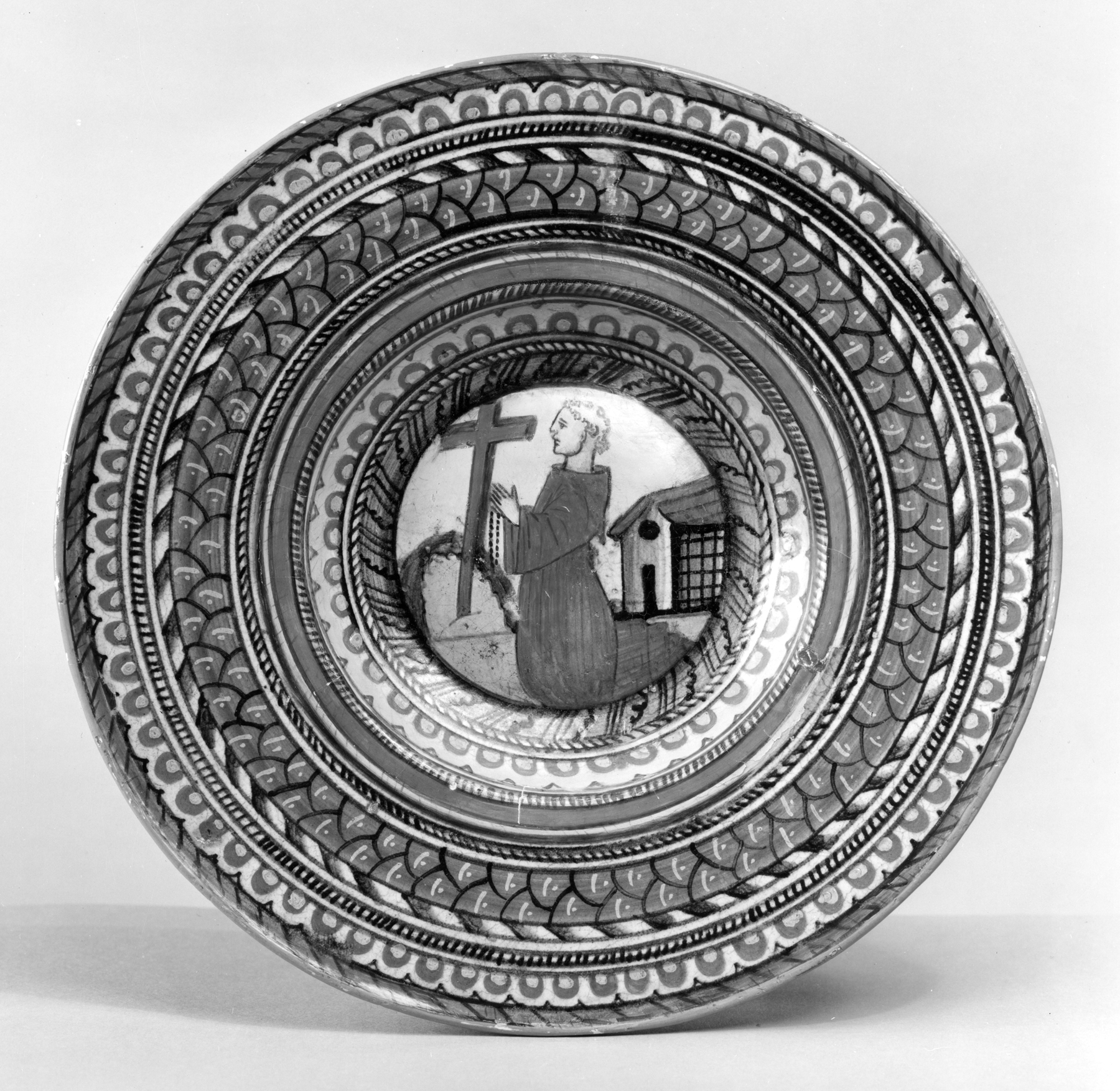 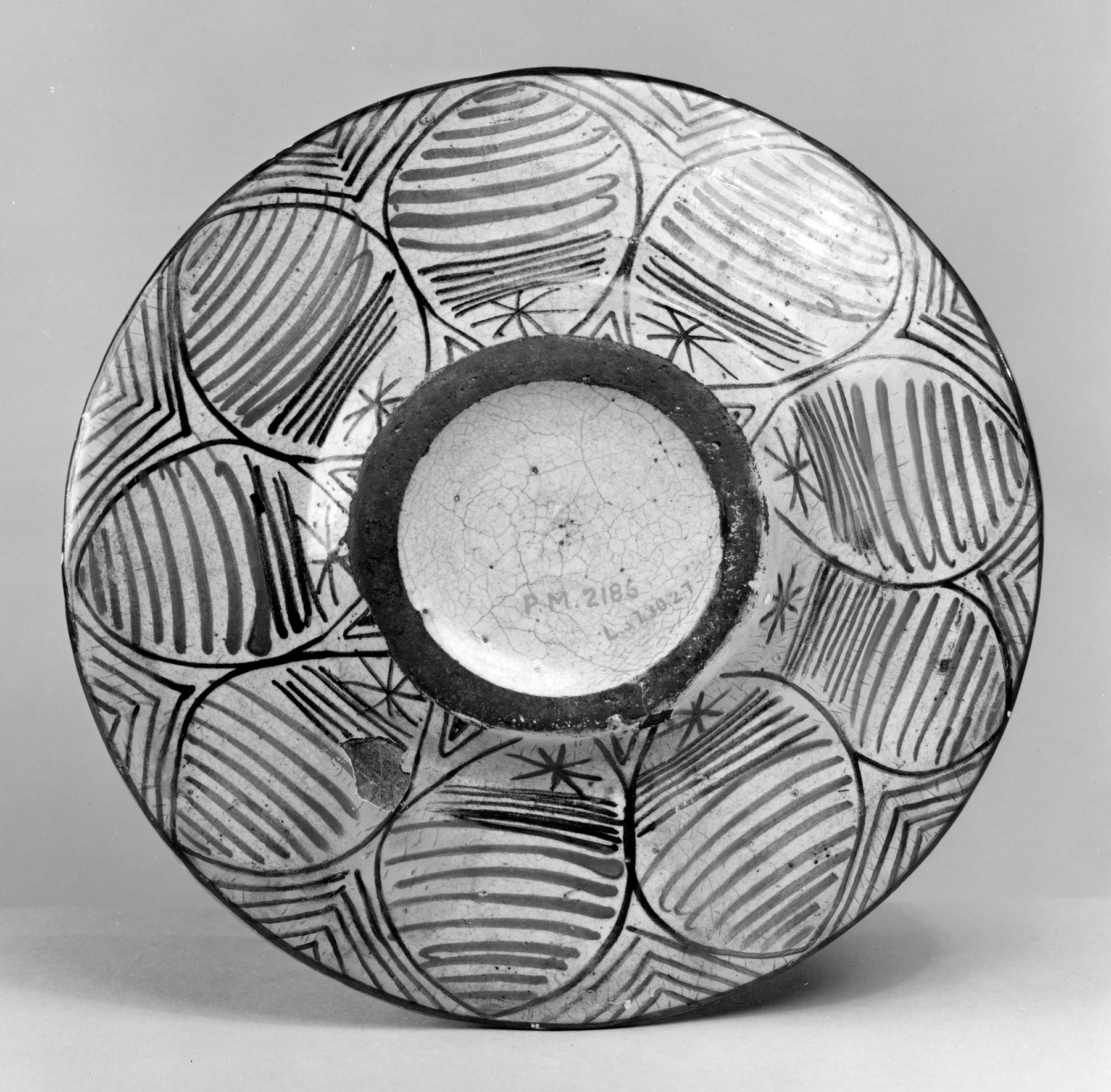 Plates depicting saints, such as this one which portrays Saint Francis, were widely available and relatively inexpensive objects during the Renaissance. In the sunken center of this plate, Saint Francis is shown kneeling to the left before a large cross with a rosary in his hands. On the right is a small building. The central medallion is surrounded by concentric ornamental bands with different designs, typical of wares produced in maiolica workshops from early sixteenth-century Deruta. On the reverse, a plain center is surrounded by sketchy blue and ochre foliage, and each leaf is decorated with parallel lines. The plate is painted in blue, green, ochre, and yellow, with a few touches of black or very dark blue. To see other maiolica wares that include images of saints, see 48.1501, 48.1502, and 48.1504; for more information on “maiolica,” see 48.1336.