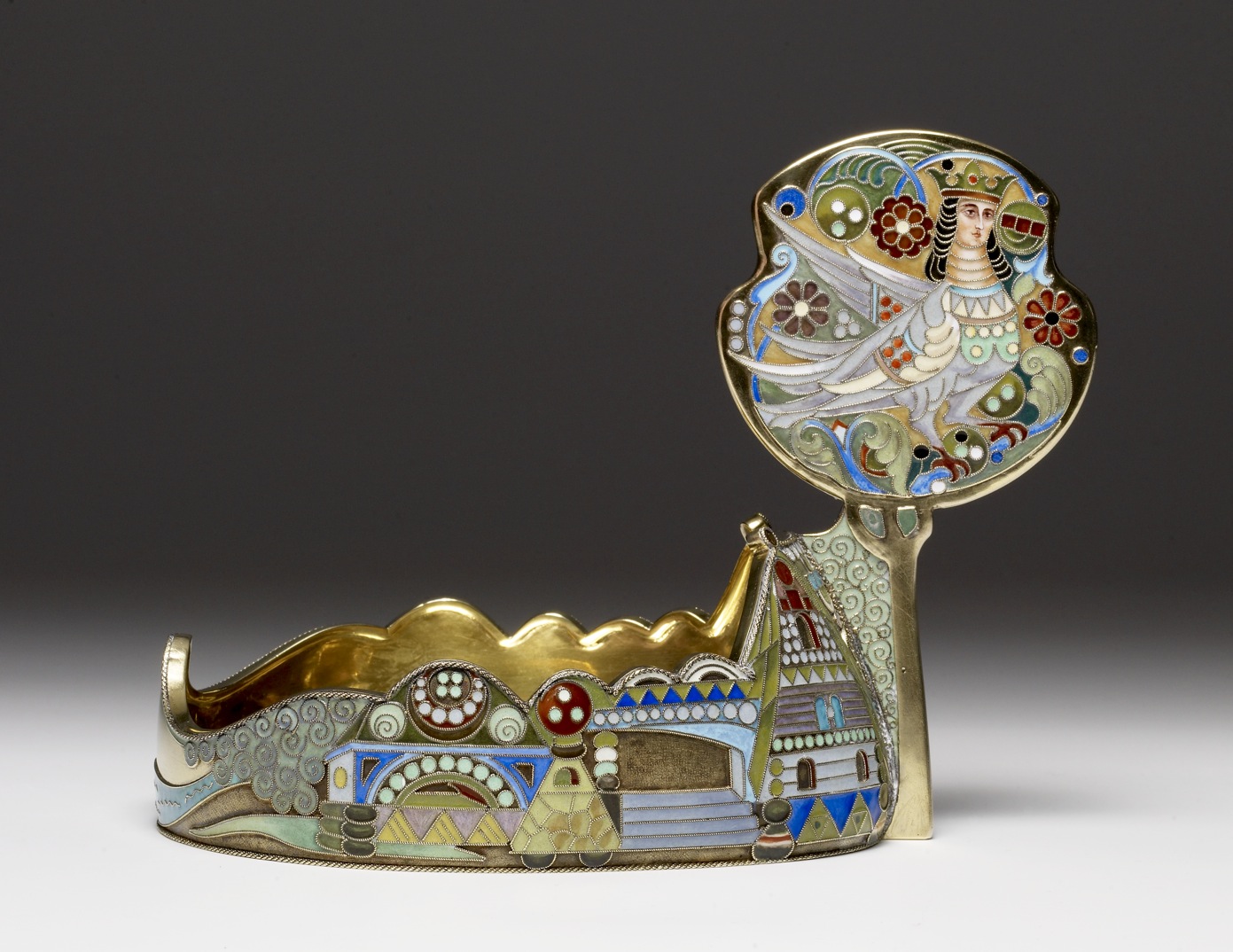 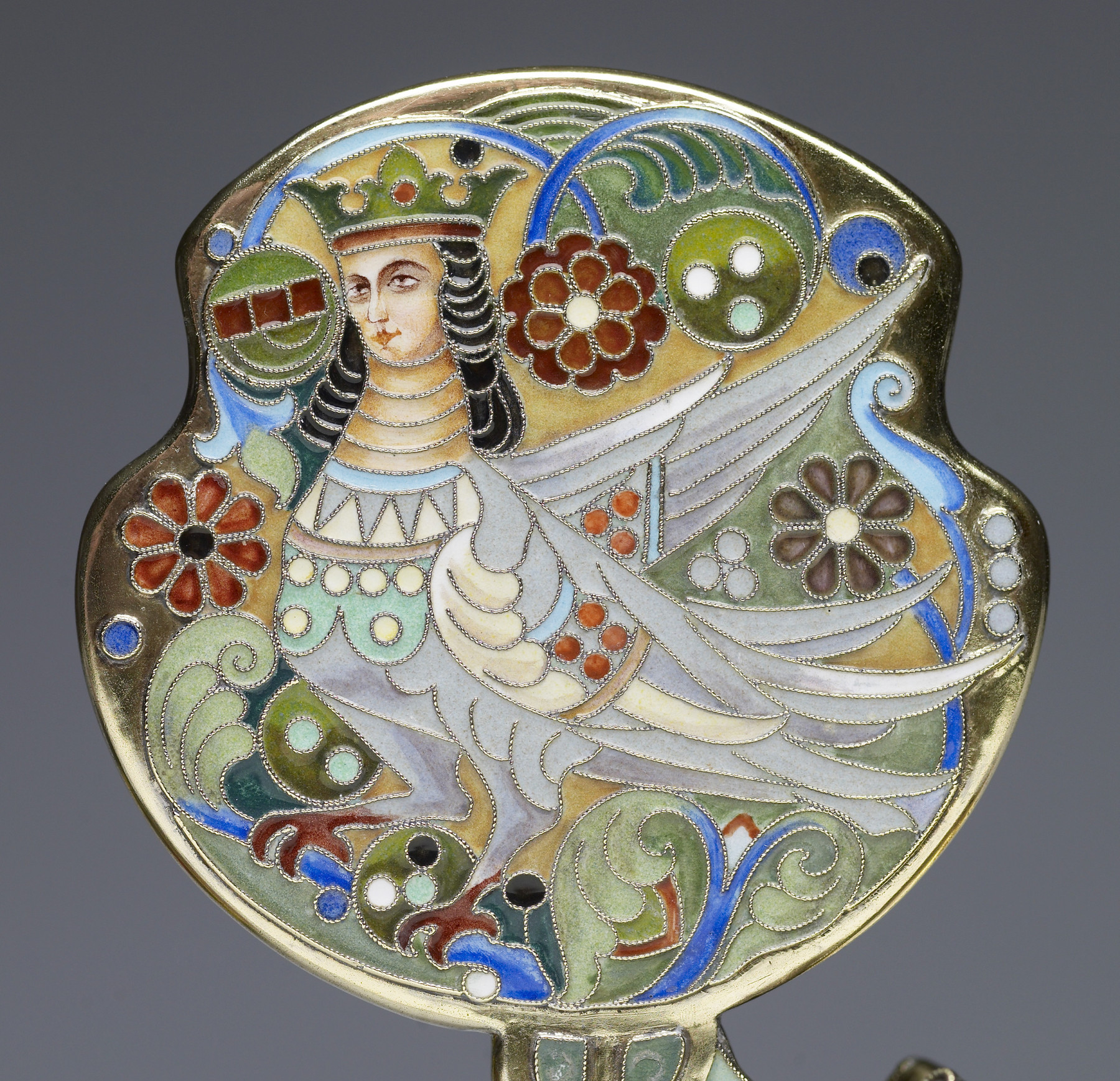 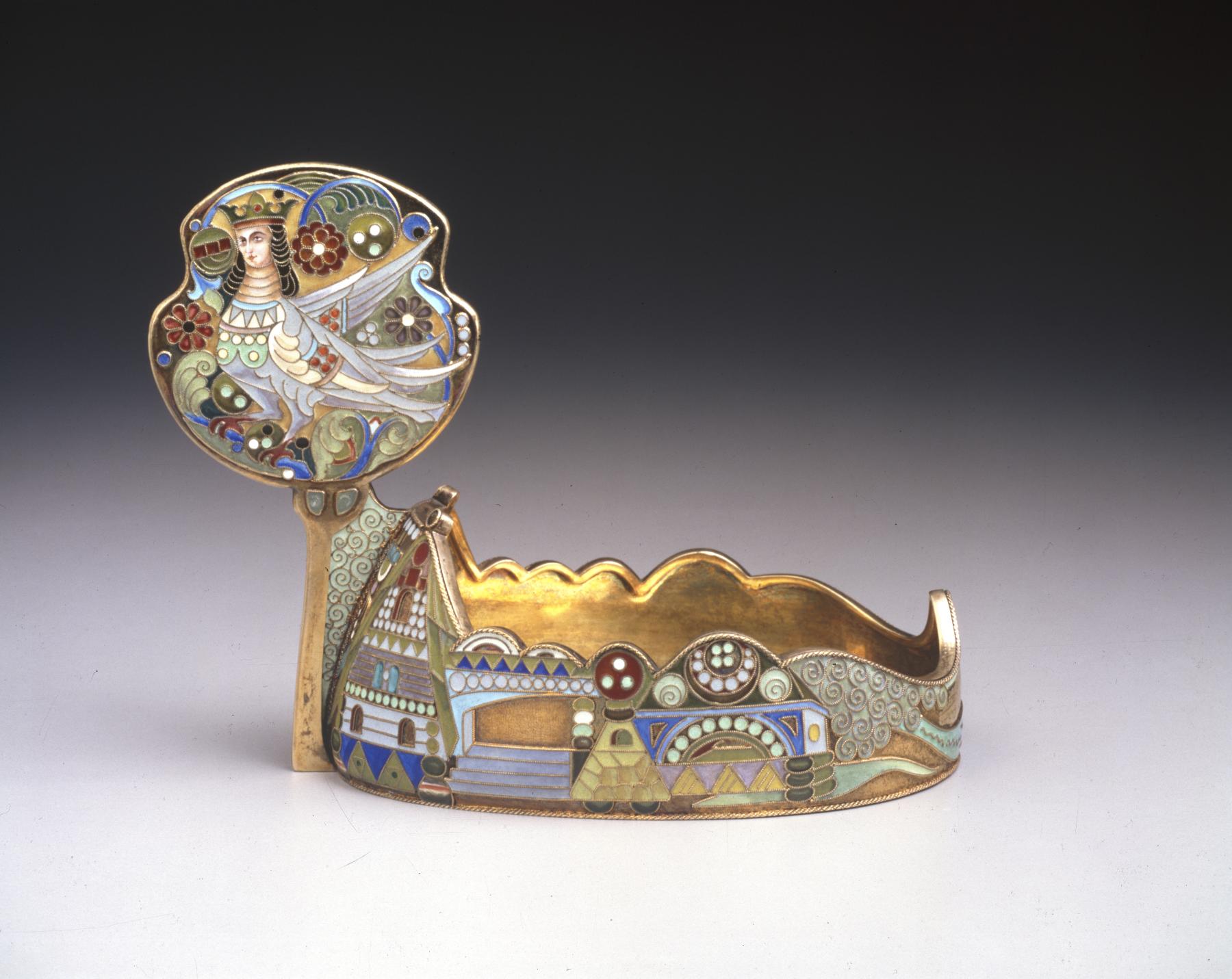 Khlebnikov has whimsically interpreted the Russian folk tale of the Invisible City of Kitezh. Legend has it that the city submerged itself in a lake to avoid capture by the Mongols during the 13th century. Old Believers, in particular, members of the schismatic group which broke with the Russian Church in 1666, claimed that the site was Lake Svetloyar, near Nizhni Novgorod. As late as 1903, worshippers still gathered on its shore to sing ancient chants.

Discernible on the bowl, in violet, blue, brown, and red enamel, is a teremok, the tall residence in which women were sequestered in an upper level during the 16th and 17th centuries. It is connected by a gallery to another building. Filigree spirals over a pale green surface indicate the enveloping waters. Dominating the handle is a Sirin perched on a flowering tree. These mythical creatures, with the head and breasts of a woman and the body of a bird, were found as early as the 9th century on Kievan enameled pendants known as kolty. As in this instance, they were depicted wearing crowns.

Nikolai Rimskii-Kossakov's opera, "The Legend of the Invisible City of Kitezh and the Maiden Feroniya," first presented in 1909, attests to the popularity of the legend in the early 20th century.