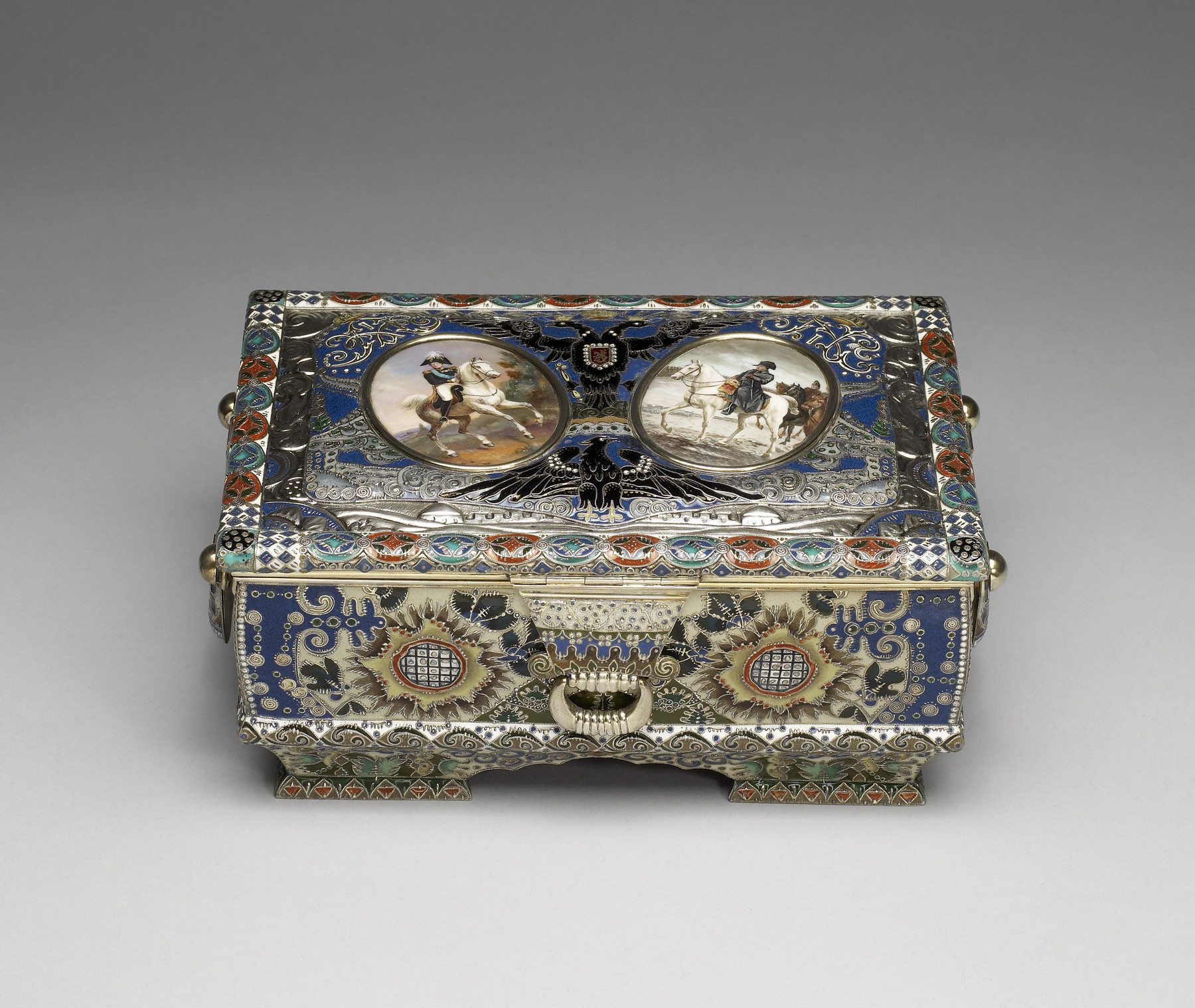 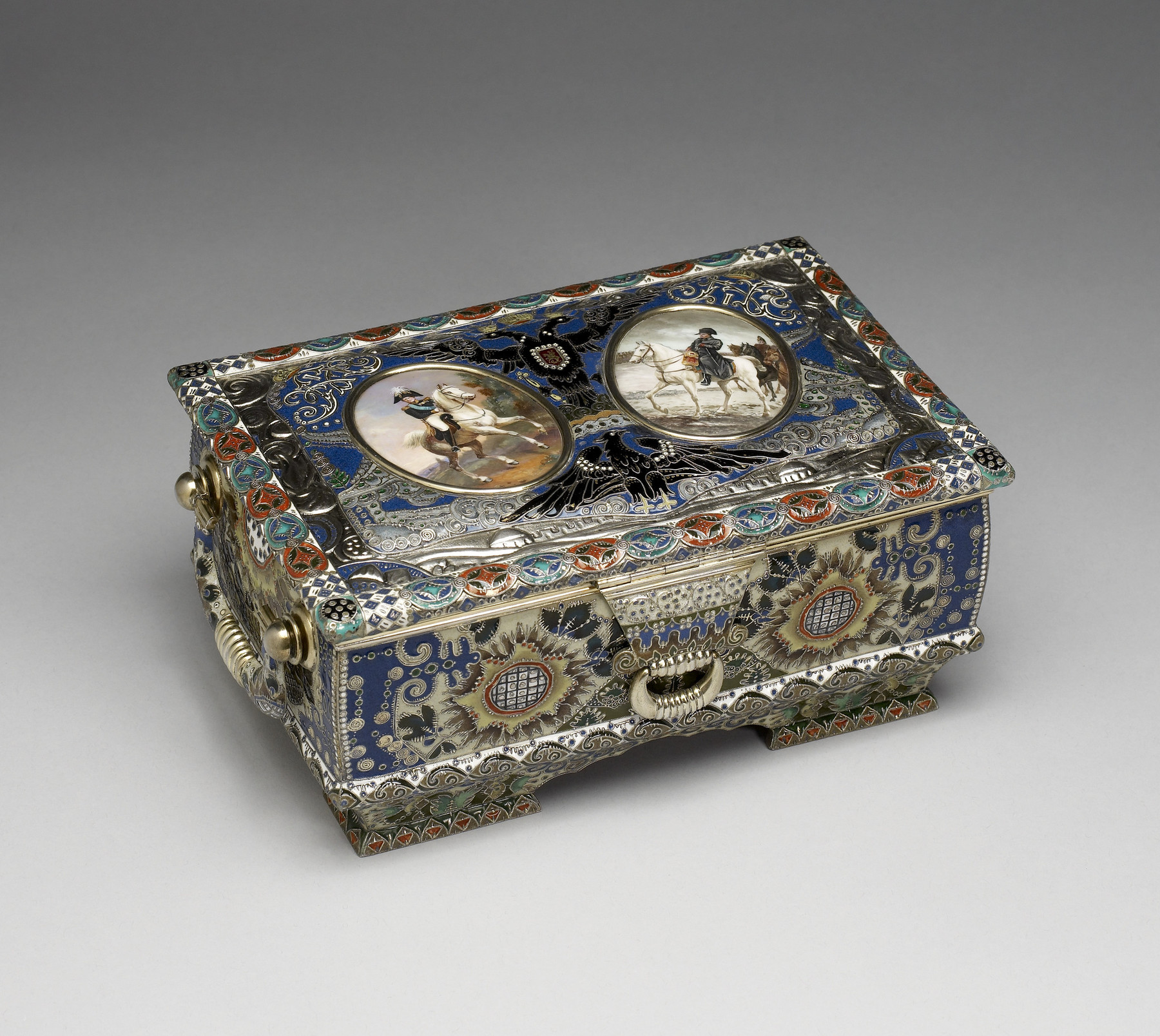 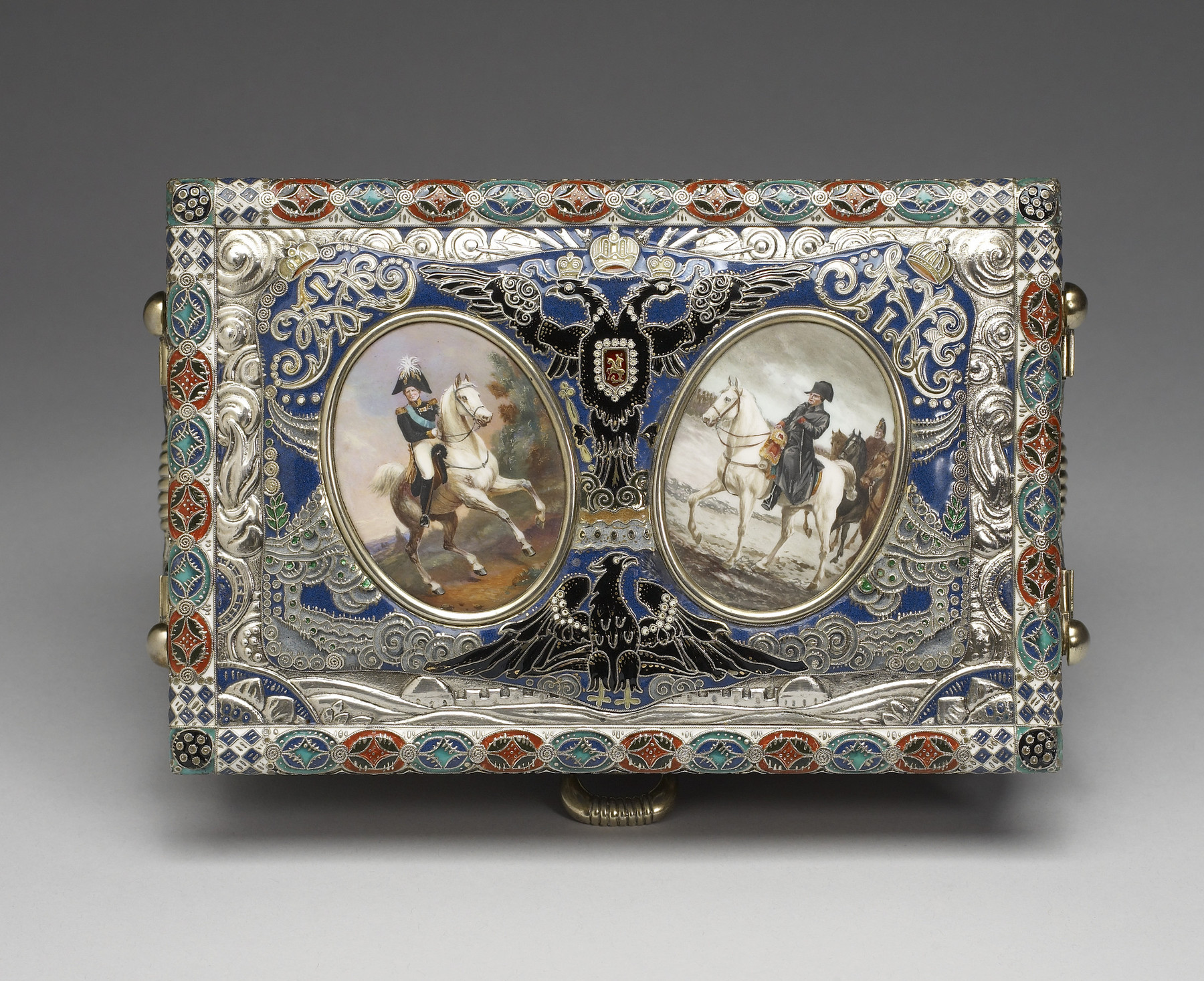 This box commemorates the hundredth anniversary of Napoleon's invasion of Russia, in particular, the Battle of Borodino (September 7, 1812), in which although the Russians were defeated, the French suffered unsustainable losses. One of the oval medallions on the lid replicates, in reverse, the equestrian portrait of Tsar Alexander I (1837) by Franz Kruger (German: 1797-1857), now in the Military Gallery in the Winter Palace. The other shows a detail, also reversed, of J.L.E. Meissonier's The Campaign of France (1864), popularly known as Retreat from Moscow, in the Louvre Museum, Paris. Above the ovals, in the corners, appear the ciphers of both emperors. Between the medallions, there are two eagles in black against a blue ground, Russia's double-headed emblem and Napoleon's single-headed imperial emblem. The enameled panel of the lid is against a surface in repoussé silver showing on its borders the Kremlin's burning walls with smoke rising up the sides of the box.

On the sides faces of the box, there are two large blossoms in muted yellow with checkerboard patterns in white with gilt dots and blue lines in their centers. Anne Odom suggested that these and the other floral and vine decoration in the painted filigree enamel may have been partly inspired by the tiled decoration on the dormers on the façade of the Pertzov House (1906-1910) in Moscow, a work by Sergei Maliutin (1859-1937), who had been at Princess Tenisheva's estate, Talashkino, in Smolensk in the 1890s.