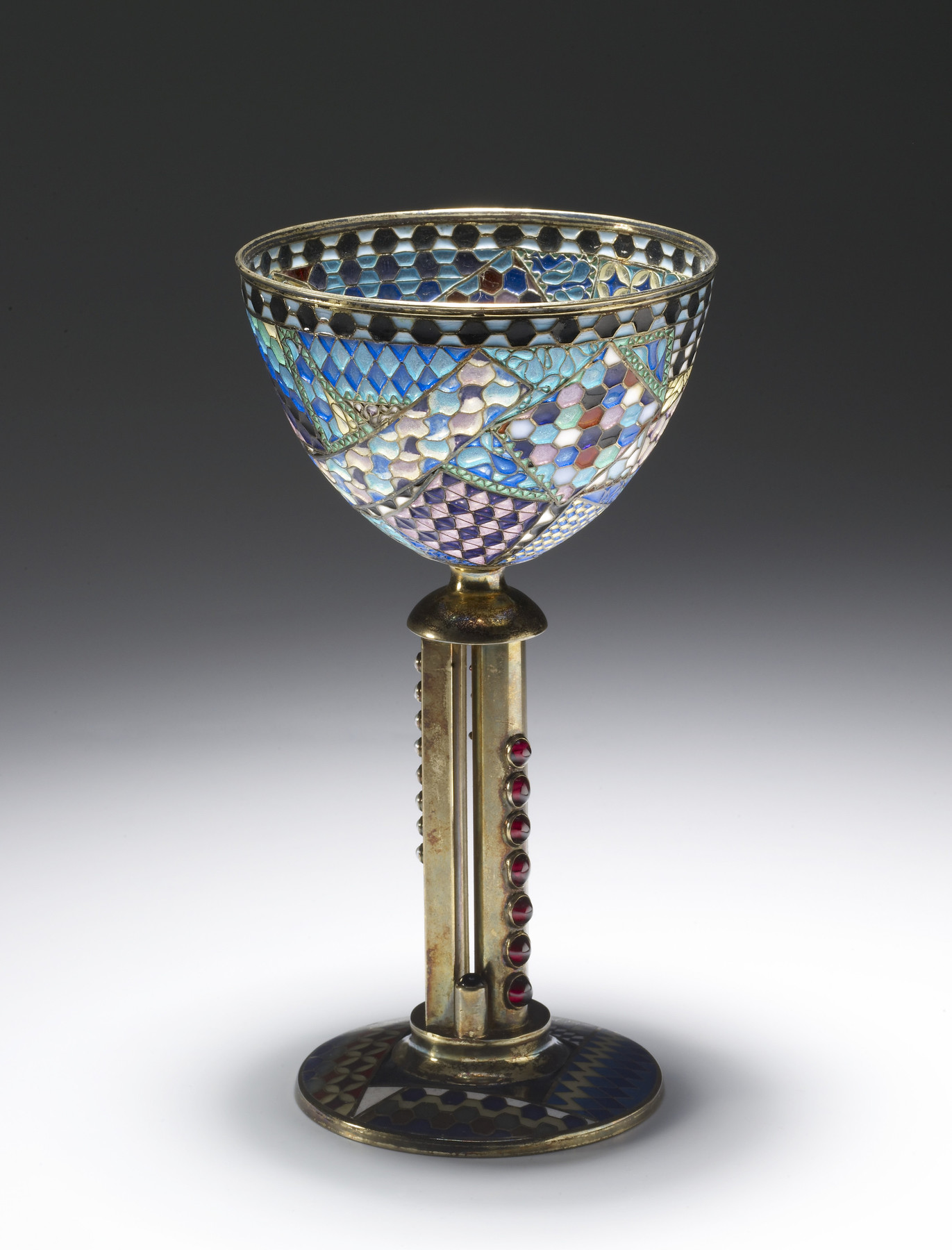 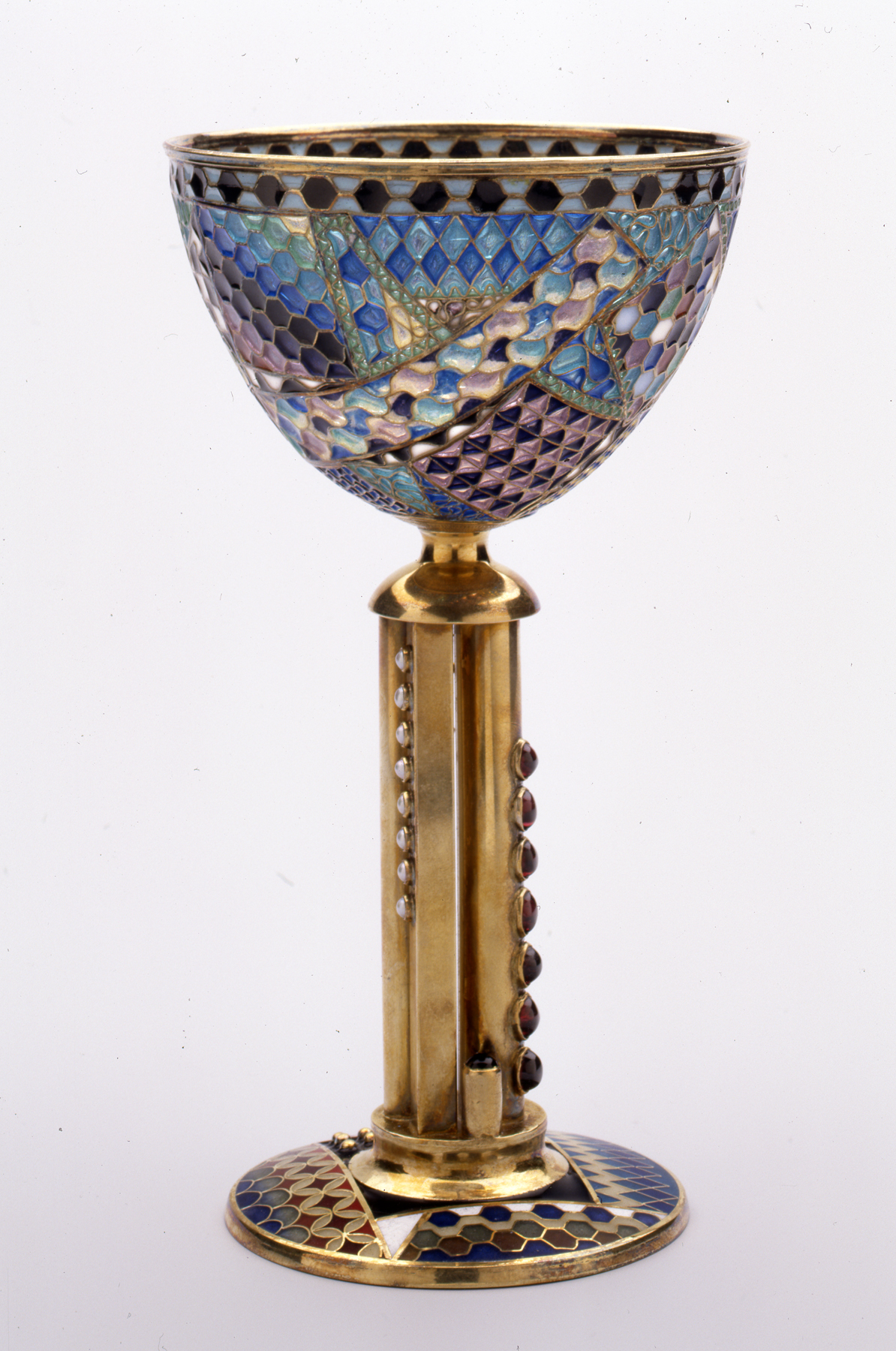 Vareri Timofeev was born in 1941 in Riga, Latvia, and moved to Moscow at the age of twenty-six. He initially worked in jewelry, but decided to specialize in enamels in a larger format. While still residing in Moscow, he acquired an international reputation for his work. Among his particular interests are the techniques and traditions of Russian enamellists prior to 1917. He tried to replicate their achievements, but soon decided to adapt their methods to a contemporary style. As early as 1991, he was exhibiting in the United States where he immigrated in 1996. Timofeev currently resides in East Stroudsburg, Pennsylvania.

The plique-à-jour bowl consists entirely of arrangements of squares, rectangles, and triangles. Within these geometric shapes are various multi-colored patterns of plique-à-jour enamel.

Cylindrical and rectangular rods of silver gilt decorated with rows of cabochon amethysts and half-pearls constitute the stem.

The foot is executed with zigzag and geometric patterns in champlevé enamel. A counter enamel in en plein enamel over a guilloché ground covers the base except for a gilded circle in the centre adorned with a cabochon amethyst.