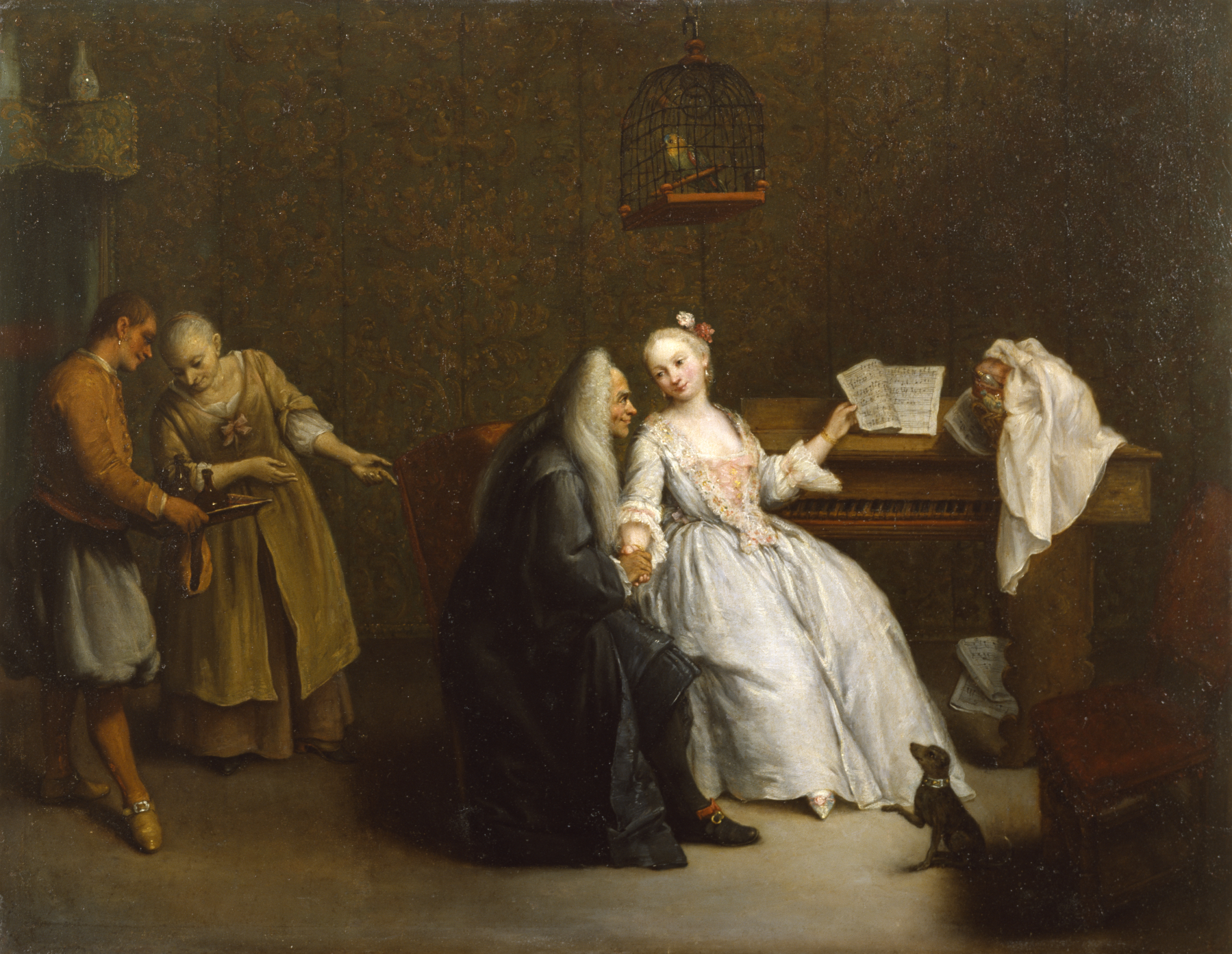 Longhi was a successful painter of upper-class life in Venice, and he specialized in stylish interiors. His scenes of the amusements of the wealthy often possess a touch of humor, sometimes mirroring the satires so popular in Venetian theater of the time. In this scene, an elderly music teacher takes advantage of the interruption caused by servants to squeeze the hand of his young pupil in front of the pianoforte. The little dog, a traditional symbol of faithfulness, with its raised paw, mirrors his gesture, almost as a parody of the old man's furtive expression of desire.