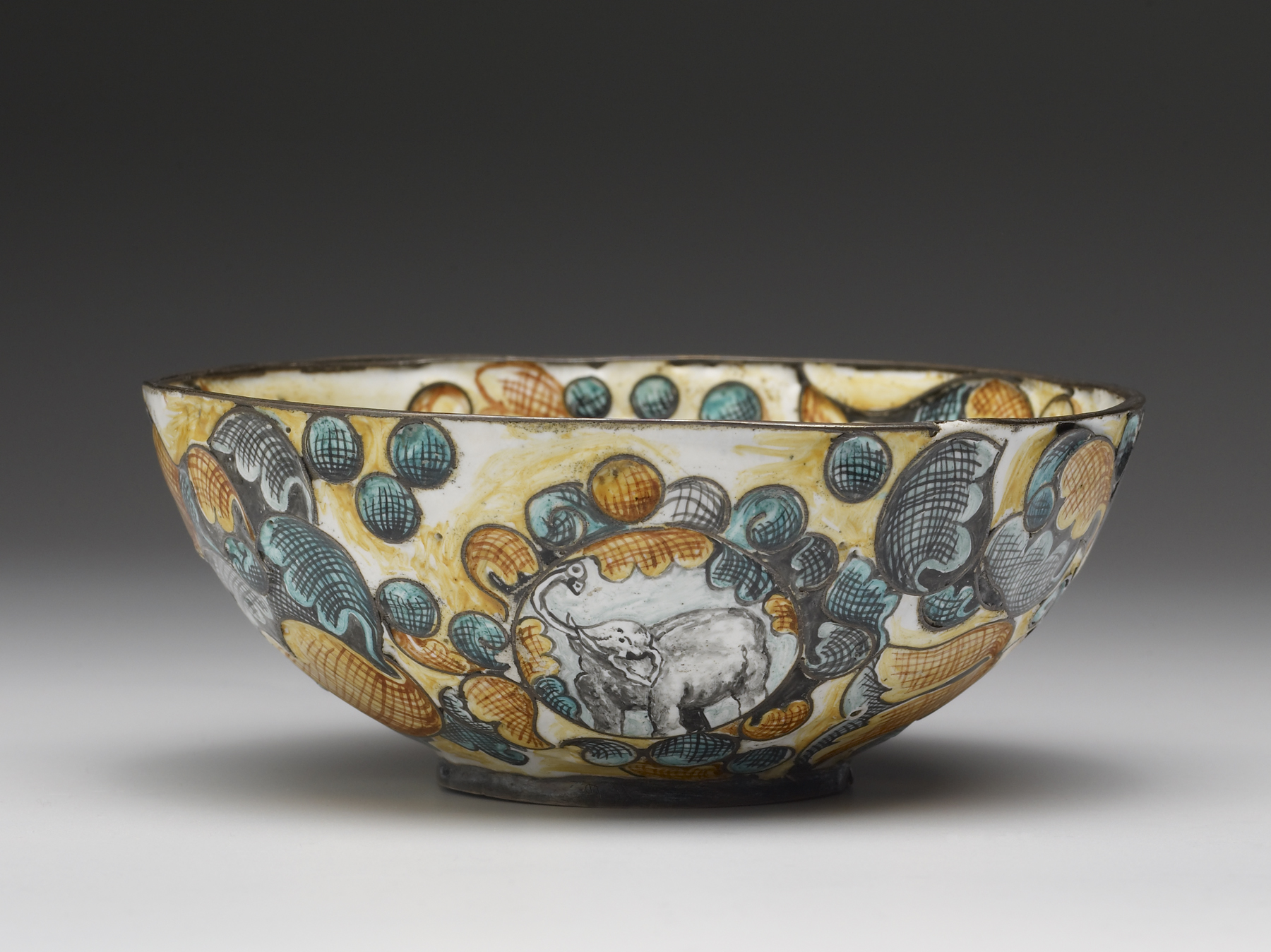 In decoration, this bowl resembles those produced in late 17th-century Usolsk. Painted over a creamy white enameled ground are the various animals and large tulip-like blossoms associated with these early wares. Cross-hatched lines have been used to simulate modeling. An owl within a roundel appears in the center of the bowl's interior. Lining the walls there are three other roundels within which are another owl, a nondescript bird, and a swan. The similarly decorated exterior shows circles containing an elephant and a striped equine creature. Very fine filigree appears to have been used to outline the imagery, but it has become so abraded or polished that the twisting of the wire is obscured. This use of the wire is limited and as a result, the colors have bled into the creamy white background color. Both the base and the top are rimmed in silver.

As noted by the collector Jean Riddell, the bowl is somewhat less sophisticated in style and execution than the enamels usually associated with Solvychegodsk leading Russian curators from the Hermitage Museum to suggest that it was a provincial piece produced possibly in Vyatka (Kirov), a city 340 kilometers to the south of Solvychegodsk.