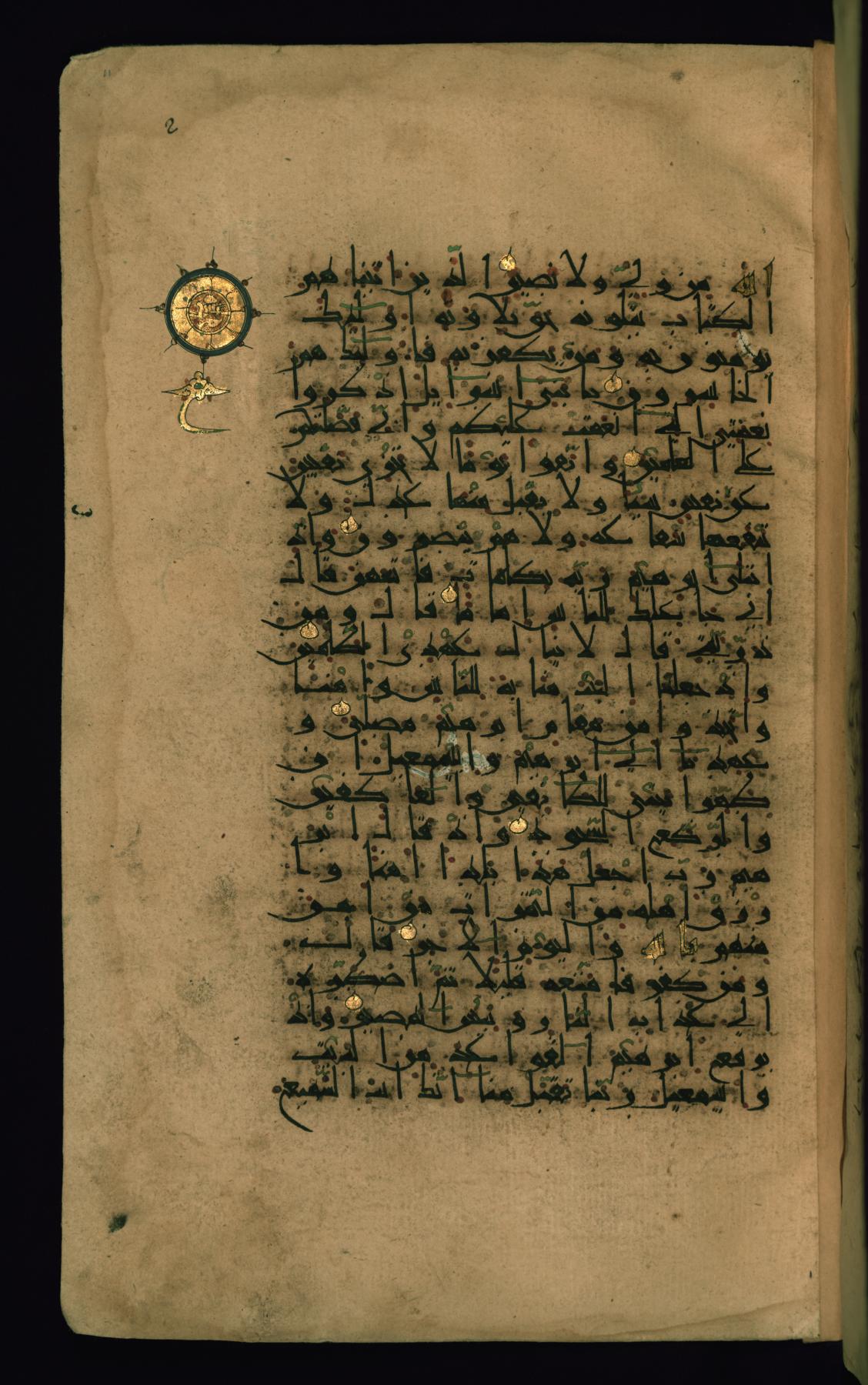 Iranian (Artist)
ink and pigments on laid paper with chain lines that appear to be grouped in twos
(Manuscripts and Rare Books, Islamic World , Islamic Manuscripts)

The text of this page from Walters manuscript W.557 is written in New Abbasid (Broken Cursive) style with red dots for vowels and orthoepic signs, such as tashdid and sukun, in green. The name of Allah is illuminated in gold, as it is throughout the manuscript; every 10th verse is indicated by an illuminated marginal medallion. 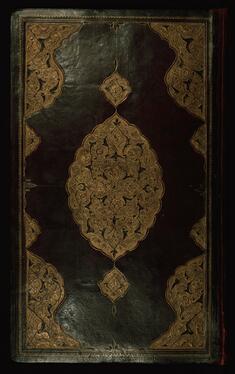