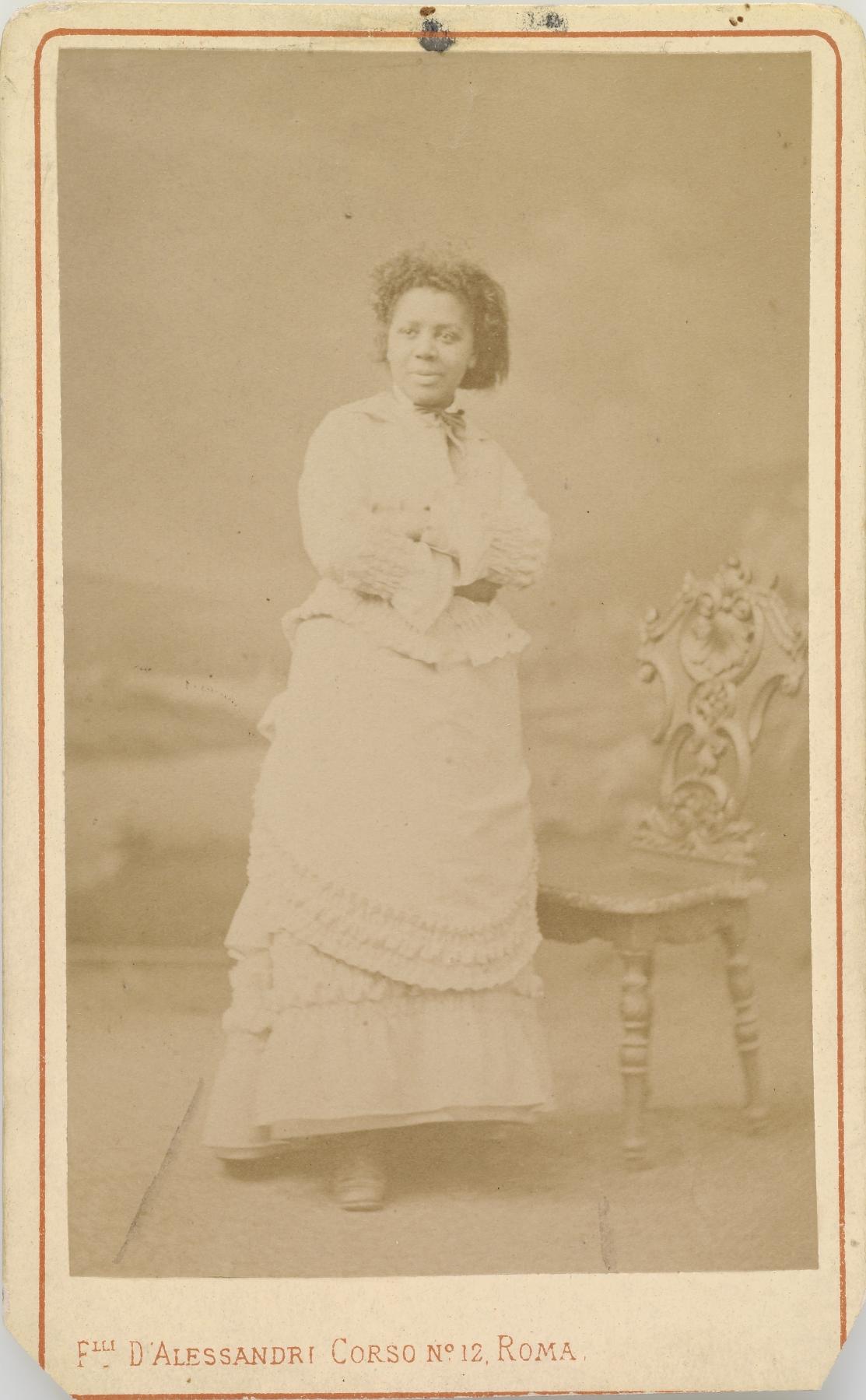 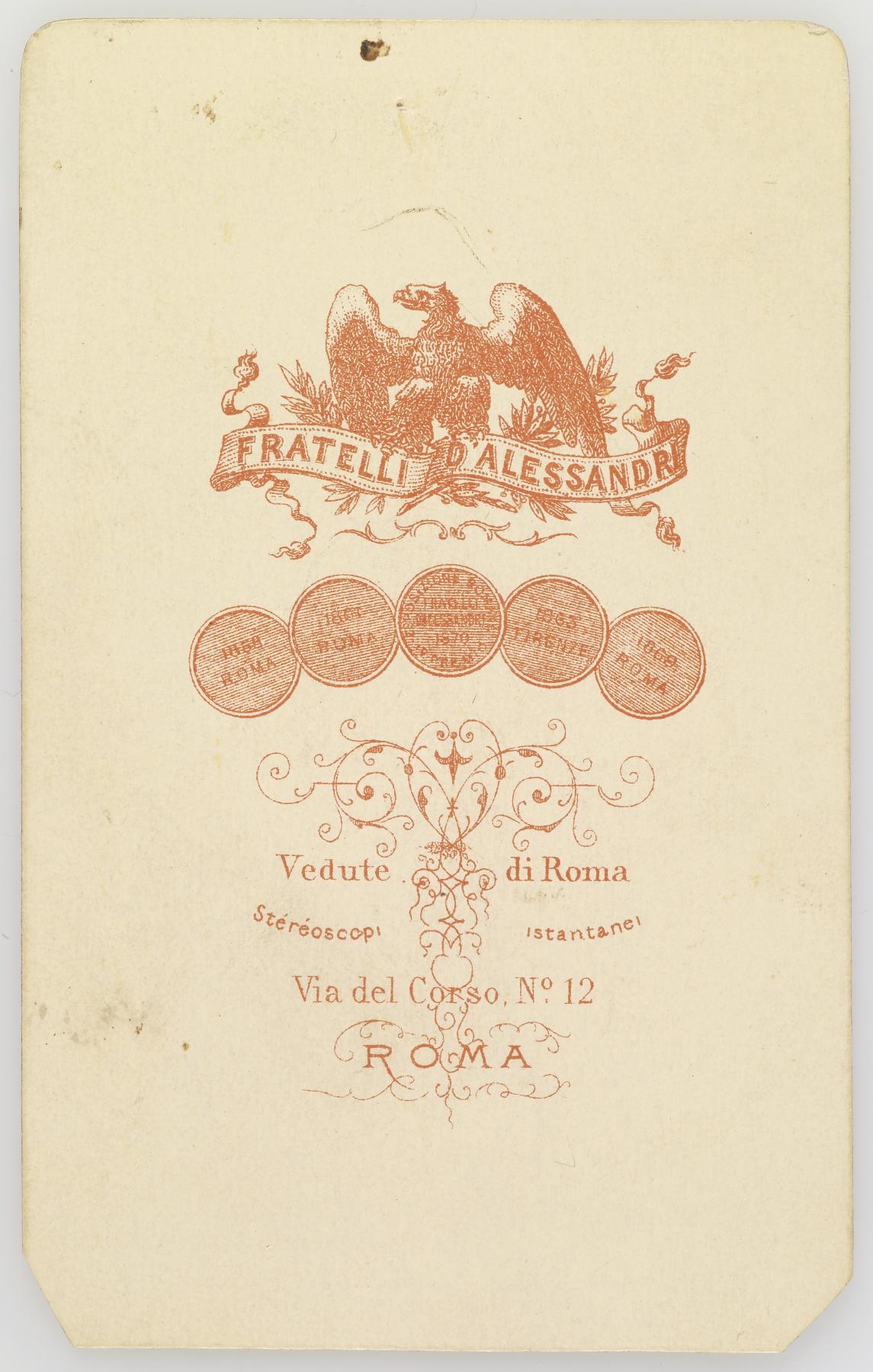 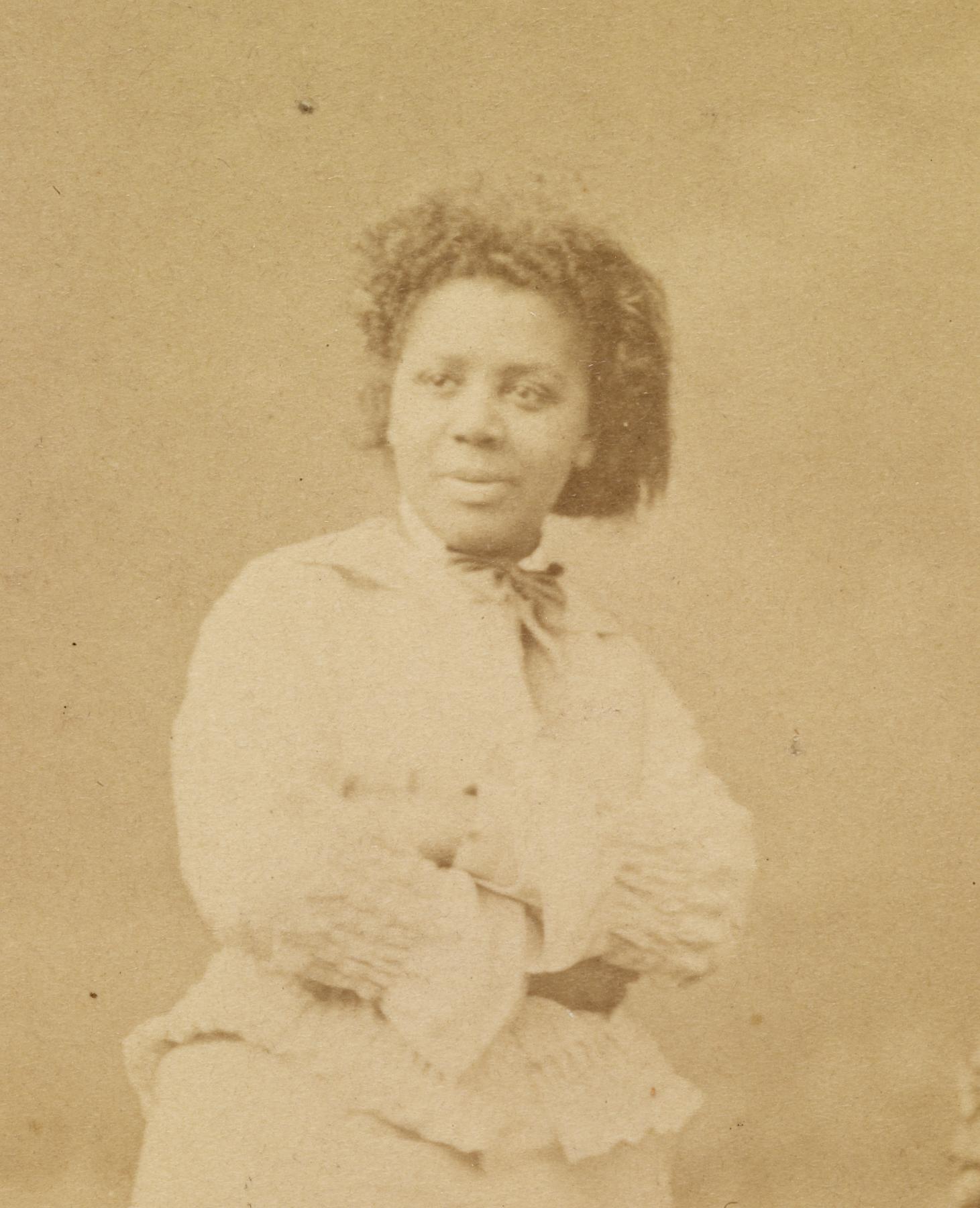 This carte de visite ("calling card" style photograph) is the only known photograph of the American sculptor, Edmonia Lewis, taken in Rome, where she had a studio. It probably dates from around 1874–76. Despite overwhelming odds, Edmonia Lewis found international success as a sculptor in Rome, settling among other American expatriate artists and actors, since in her words, “The land of liberty had no room for a colored sculptor.” A curiosity for many, the diminutive Lewis (she was barely over four feet tall) was the daughter of a Haitian father of African descent and a “full-blooded Chippewa” mother. Born in Greenbush, New York, she lived with her mother’s Chippewa relatives until her half-brother sent her to Oberlin College in 1859. Arriving in Rome in 1866, Edmonia Lewis occupied the former studio of the revered sculptor Antonia Canova (1757–1822), around the corner from the photography studio of Fratelli D’Alessandri on Via del Corso, No.12. This photograph was purchased locally at an antique store in Baltimore. Perhaps Lewis brought “calling cards” with her to Baltimore in 1883 when she came to install and unveil the bas-relief "Adoration of the Magi," commissioned for the Chapel of St. Mary the Virgin, Orchard Street, Baltimore.