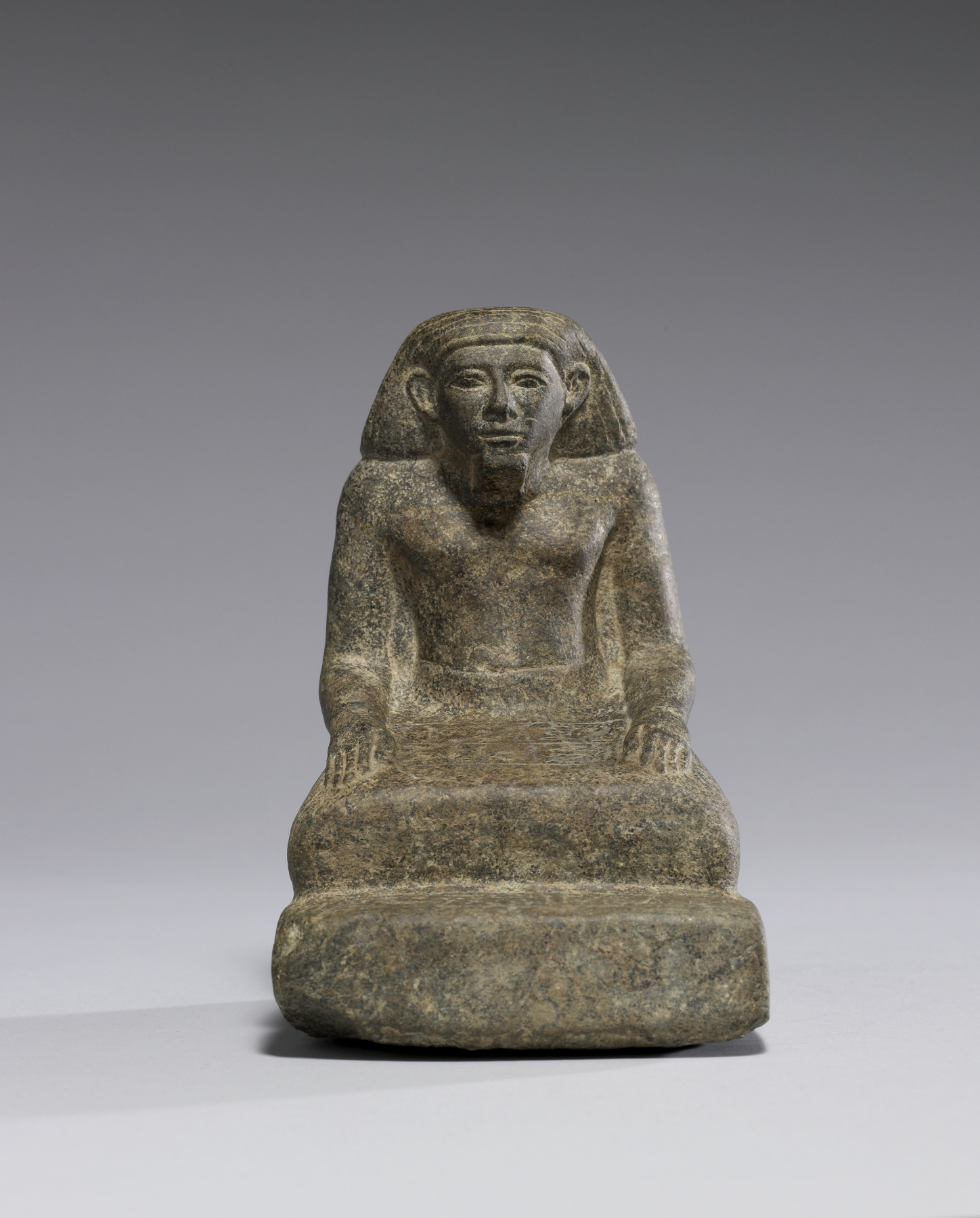 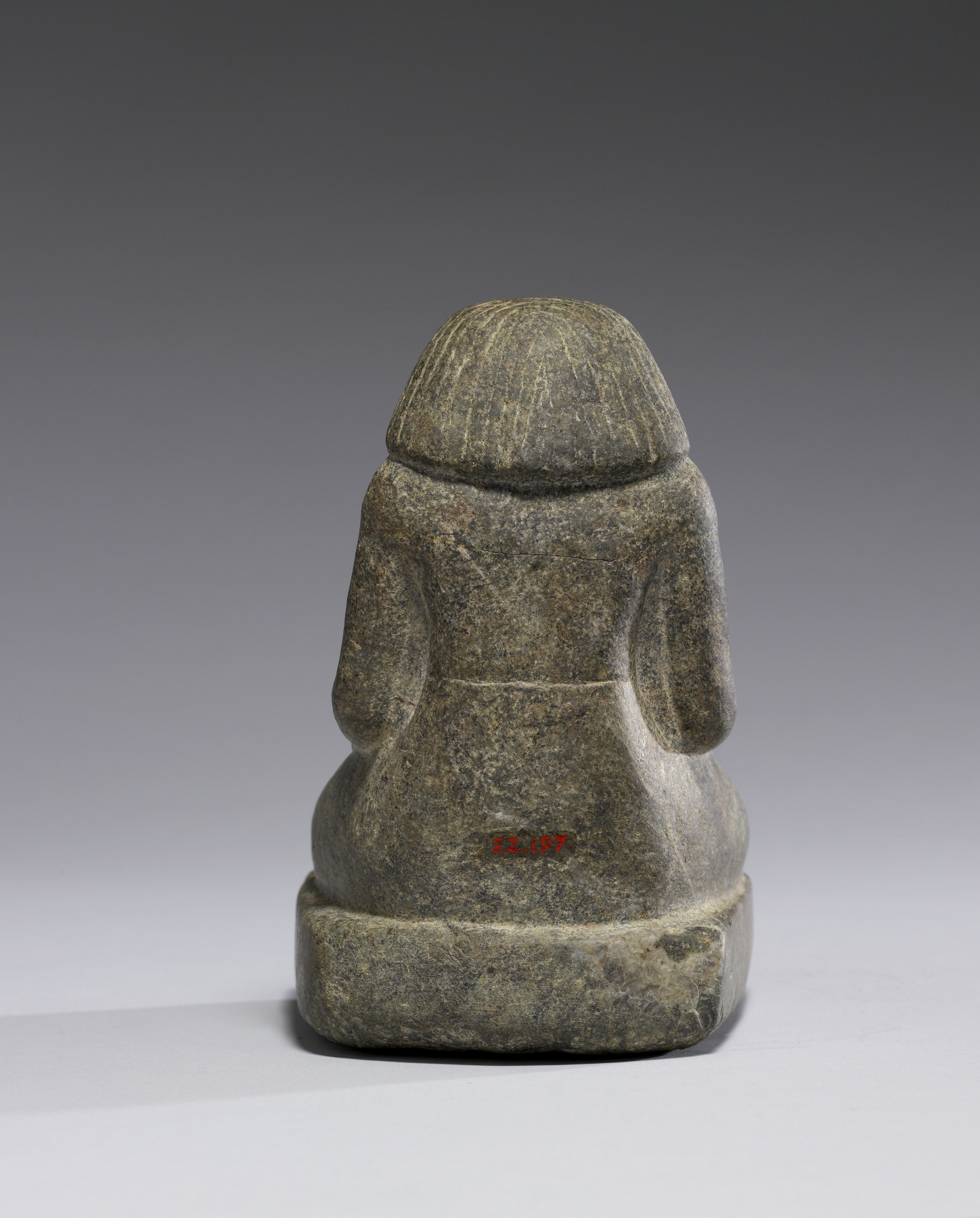 Intef Seated on the Ground

This statue shows its owner, Intef, seated cross-legged on the ground. He rests upon a small platform, wearing a kilt which covers his entire lower body including the feet. The hands are resting upon his thighs. The head is covered by a wig which is tucked behind the ears and hangs down behind the shoulders. The face is idealized, with schematically rendered ears. The brows are modeled, the eyes narrow. The mouth is curved in a slight smile, the philtrum is indicated. The man bears a small beard or goatee on his chin. The musculature of the body is summarily indicated.

The pose was first used during the Old Kingdom and regained popularity during the Middle Kingdom. An offering text is inscribed on the base, and a text on the lap records Intef's title and his mother's name.

[Translation] An offering which the king gives, Osiris, the great god, may (he) give an offering of bread, beer, oxen and fowl, all things to the Ka of the revered; [Translation] The steward Intef, made of Rens-ipt?, lady of reverence.