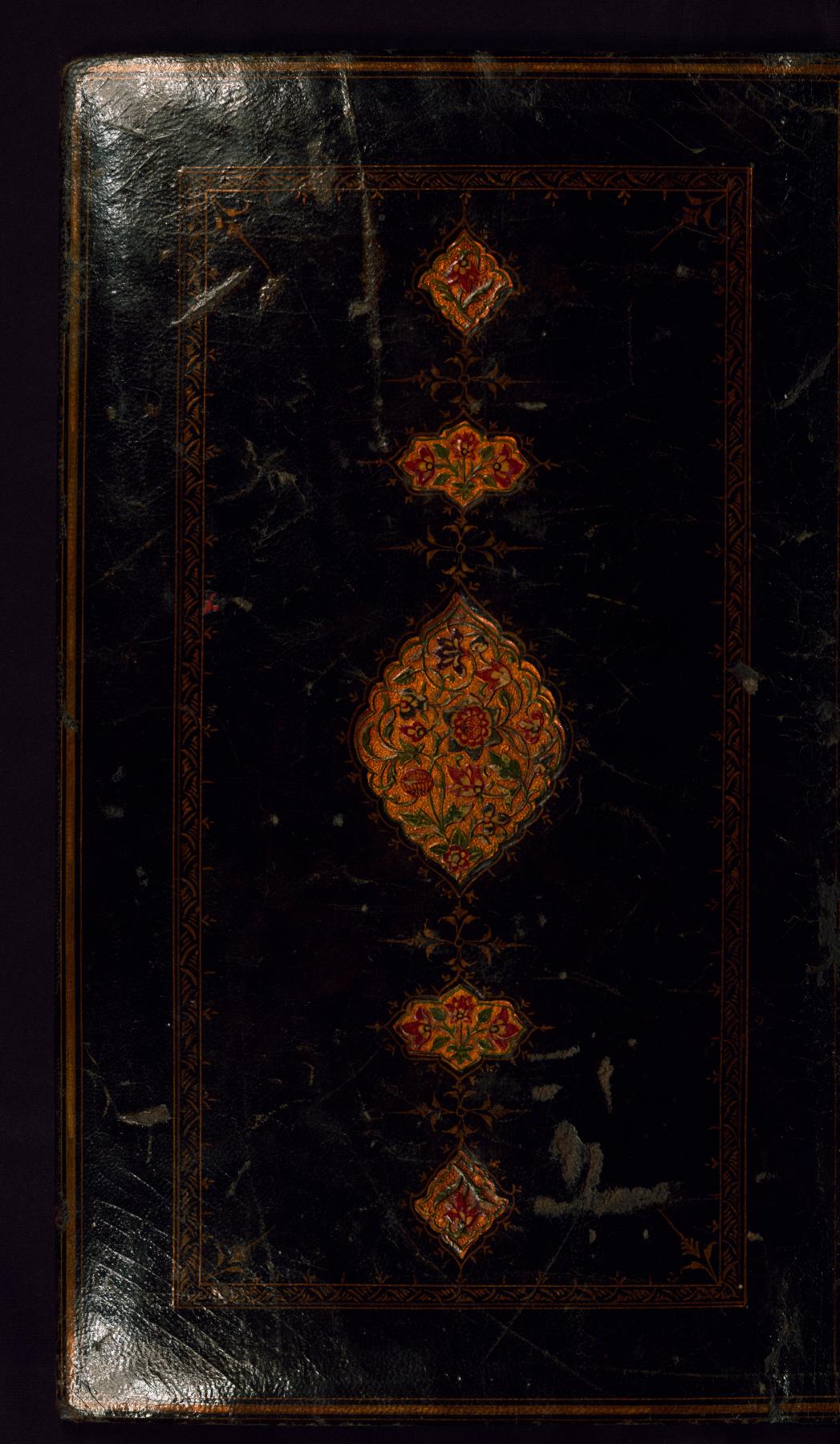 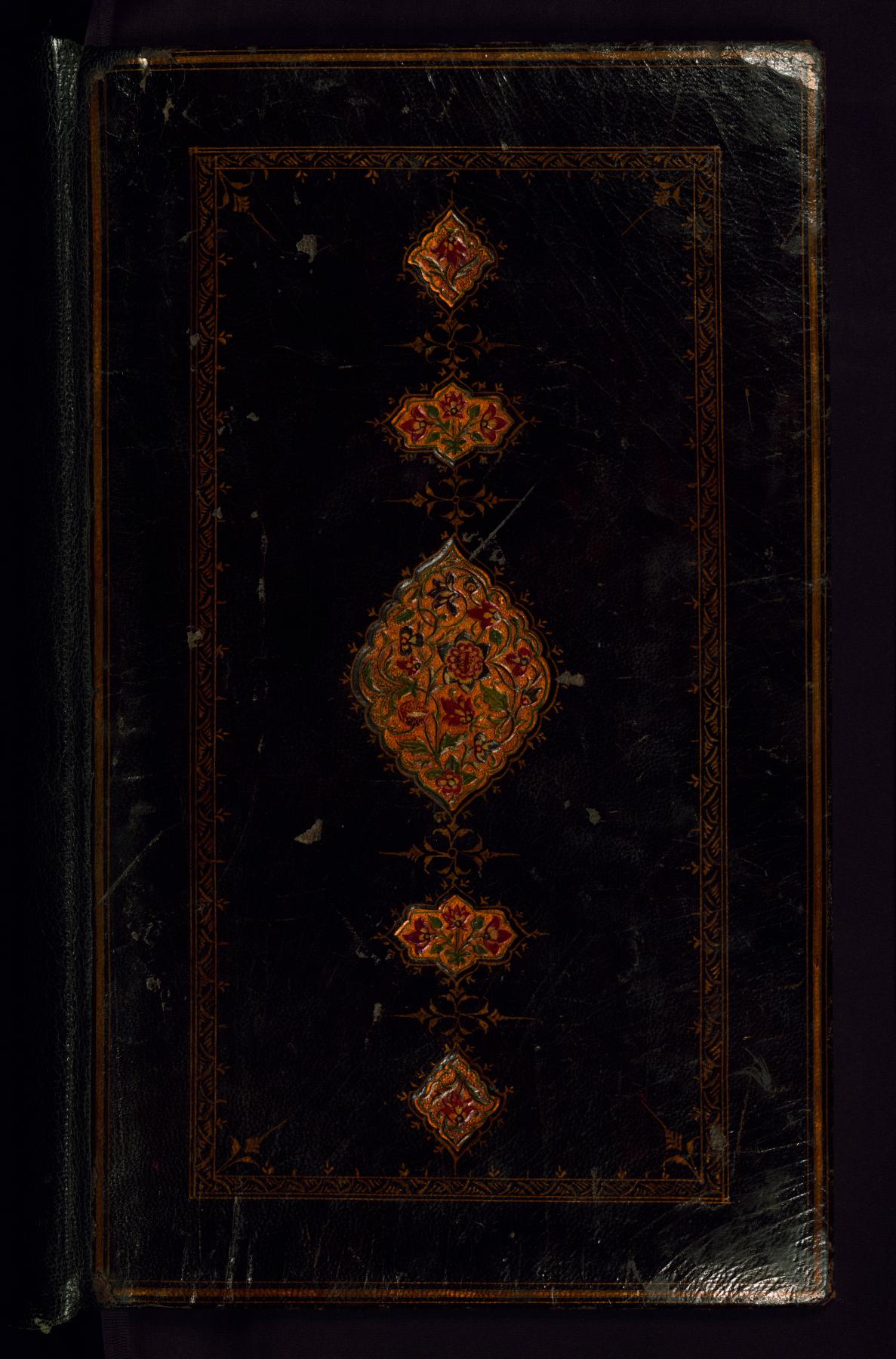 This black lacquer binding from Walters manuscript W.600 has lobed central ovals and pendants and is not contemporary with the manuscript. It probably dates to the 13th century AH/AD 19th. 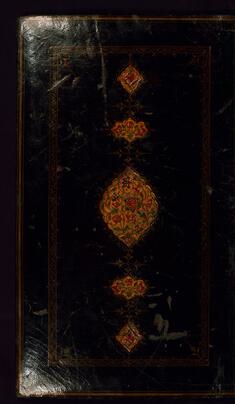