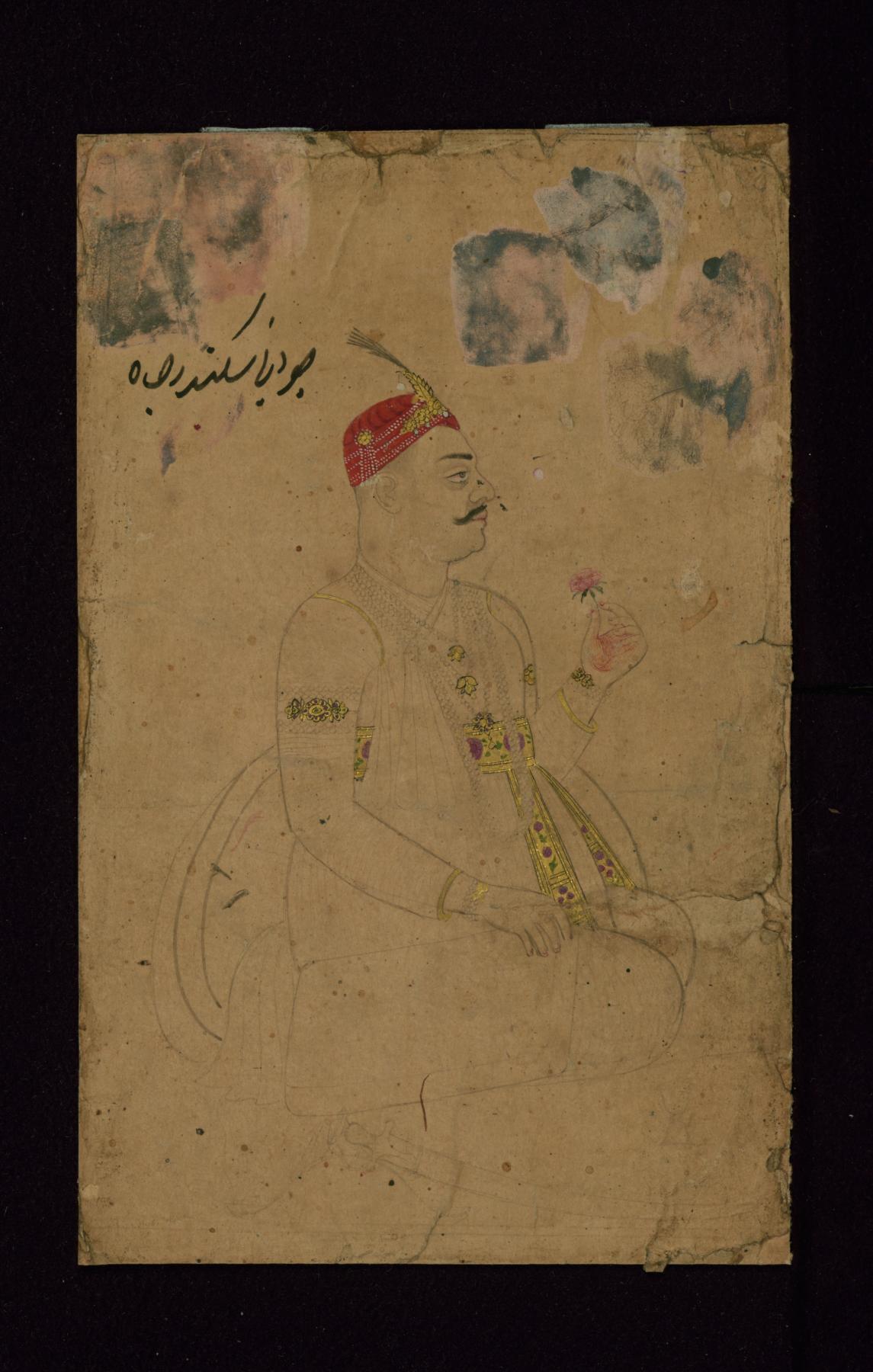 Seated Man with a Flower

This Indian drawing with opaque watercolor and illumination, Walters manuscript leaf W.709, depicts a man seated against a cushion holding a flower in his left hand. The work was executed in India during the 12th century AH/AD 18th. There is a Persian inscription reading, "a youth as ambitious as Iskandar (Alexander the Great)." 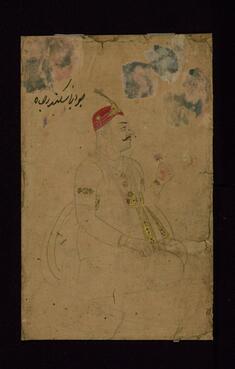 Single Leaf of a Seated Man with a Flower