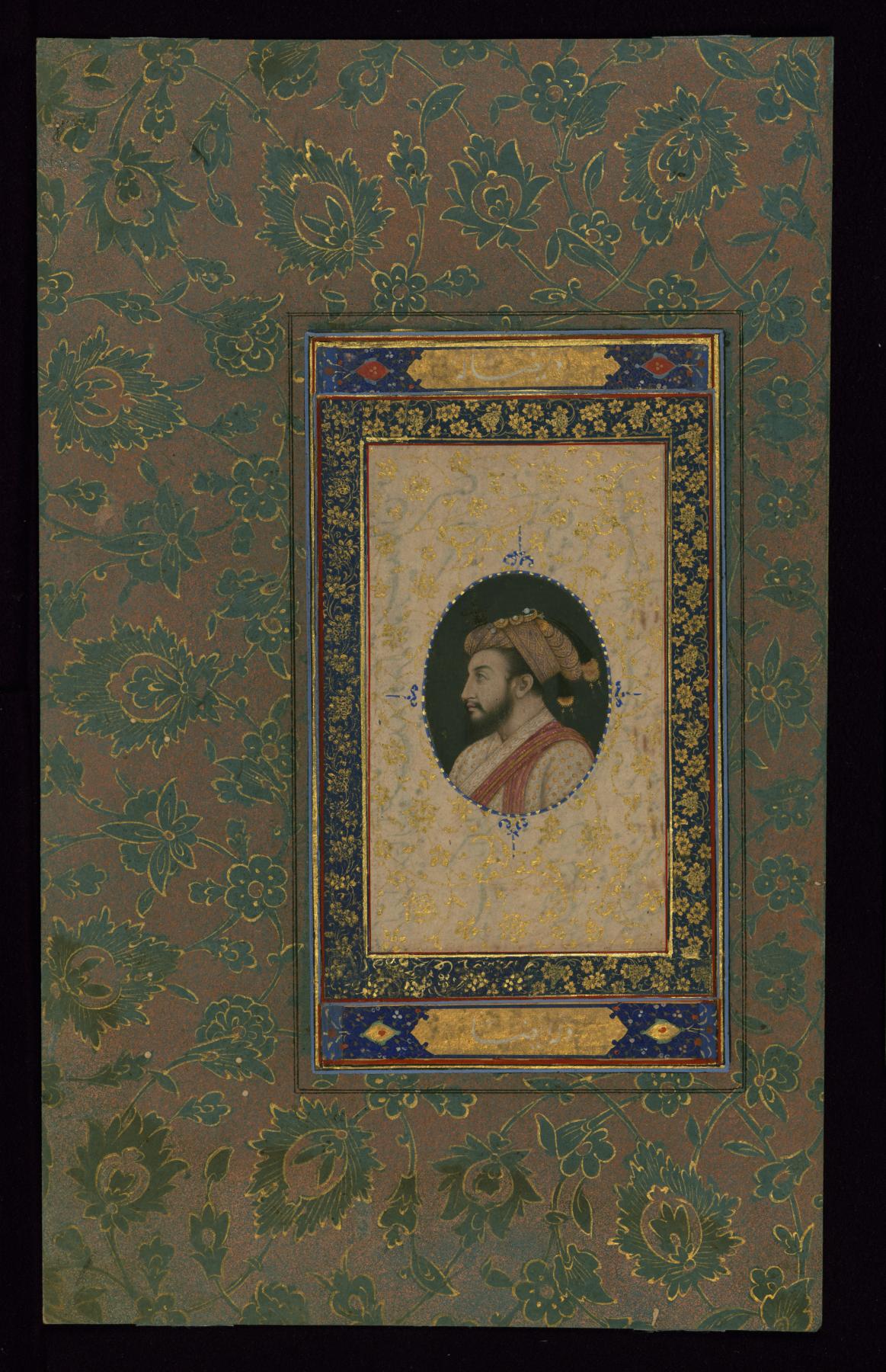 This Mughal portrait set in an oval medallion, Walters manuscript leaf W.703, dates to the late11th century AH/AD 17th and represents the Mughal Emperor Shah Jahan (died 1076 AH/AD 1666). The portrait is comparable to other depictions of the ruler, including Walters W.700, which is inscribed with Shah Jahan's name, Shah Jahan Holding a Turban Ornament in the Los Angeles County Museum of Art (M.78.6.15), and the relief portrait bust of Shah Jahan in alabaster housed in the Riksmuseum, Amsterdam (12249). 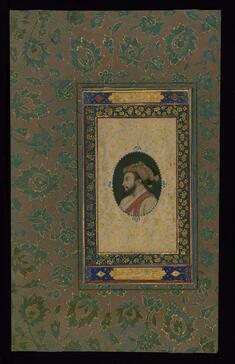