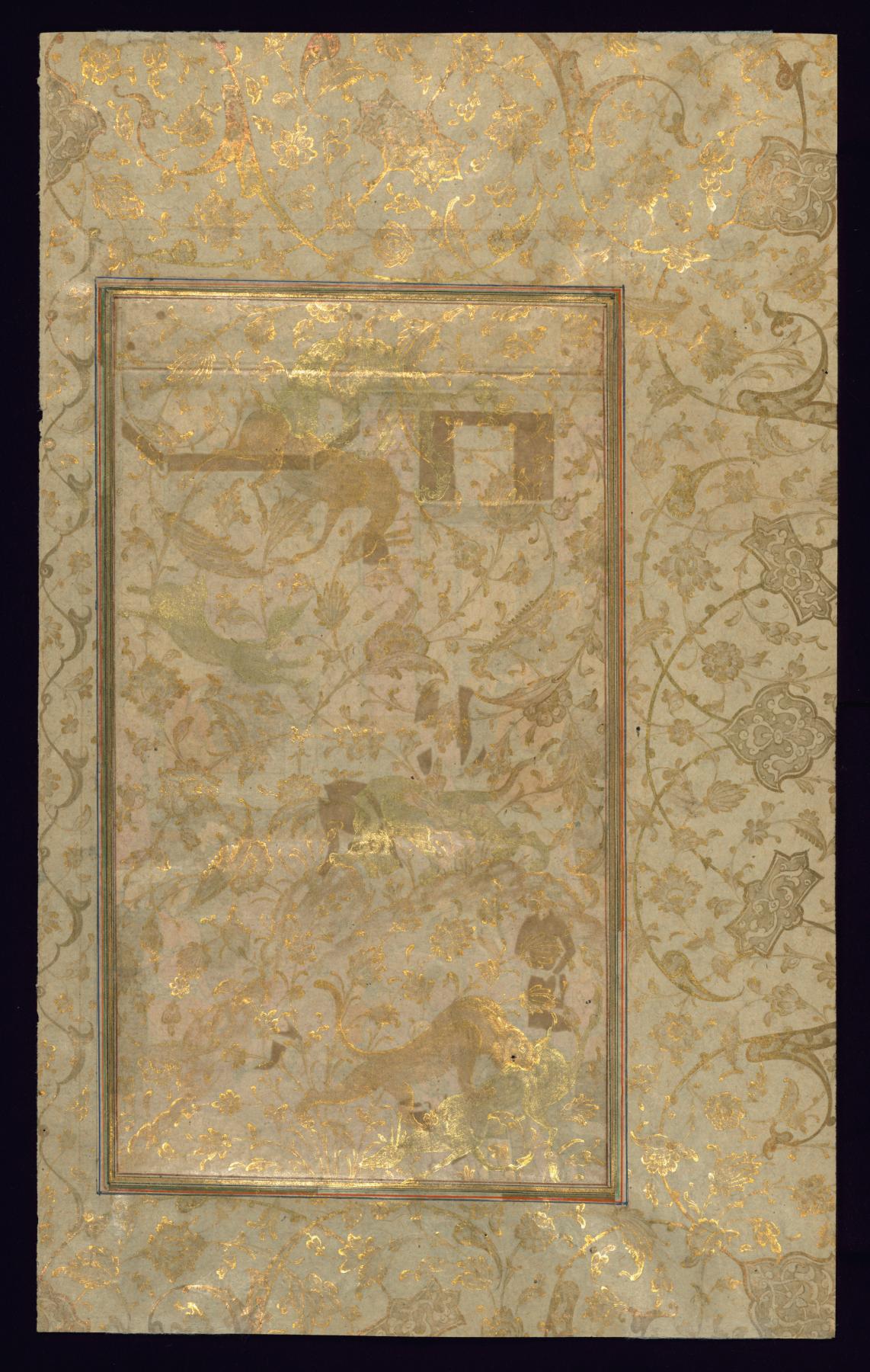 Youths Before a Ruler at his Court (Back)

This is the back of an illustration on Walters leaf W.688. The framing lines in green, orange, blue, and black suggest that this illuminated page was originally intended for illustration or text. 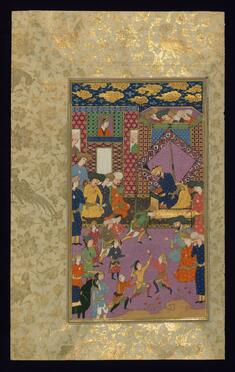 Single Leaf of Youths Before a Ruler at his Court