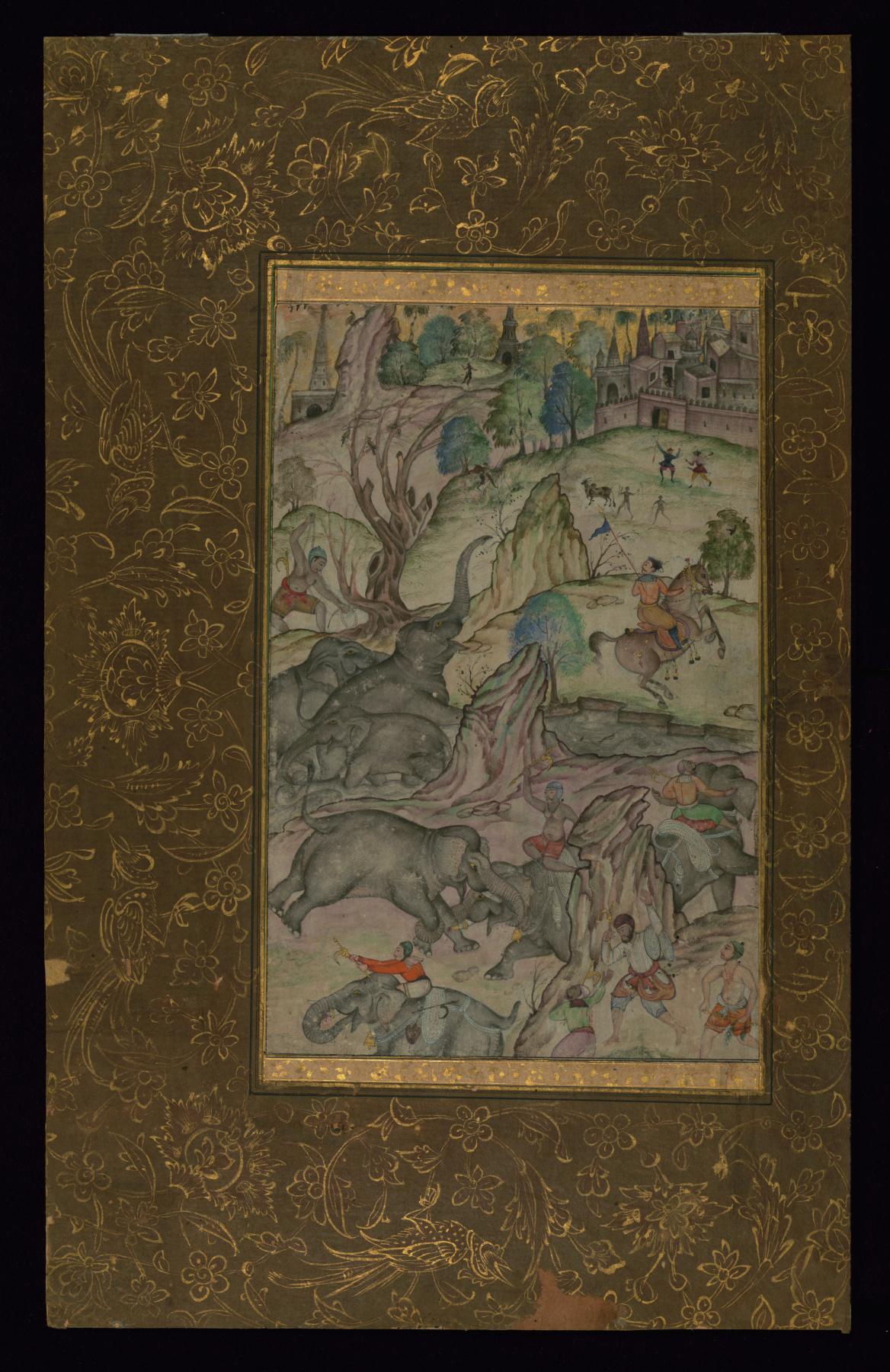 Elephants on a River Bank

This Mughal painting, Watlers W.685, dates to the late 10th century AH/AD 16th or the early 11th century AH/AD 17th. It depicts elephants on the bank of a river in a rocky landscape with a fortified city in the background. It appears that the wild elephants are being captured with a view to taming them. The figures in grisaille and the architectural vignettes in the background represent early contacts between Mughal India and Europe. The painting has a brown border with illuminated flora and fauna motifs. 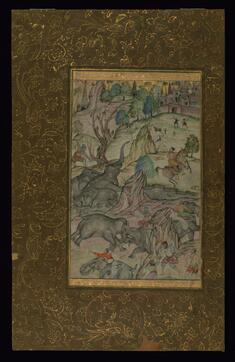 Single Leaf of Elephants on a River Bank