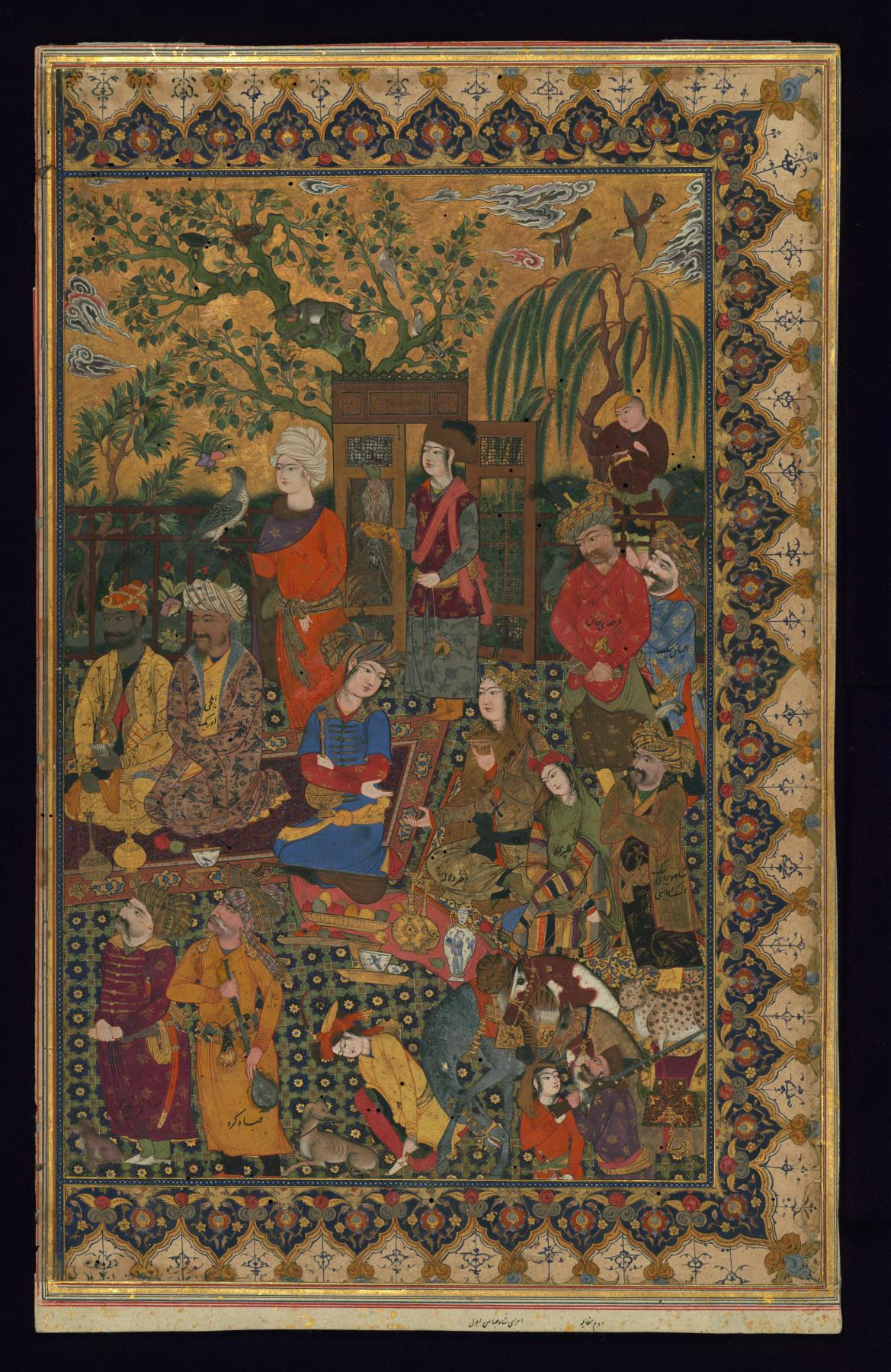 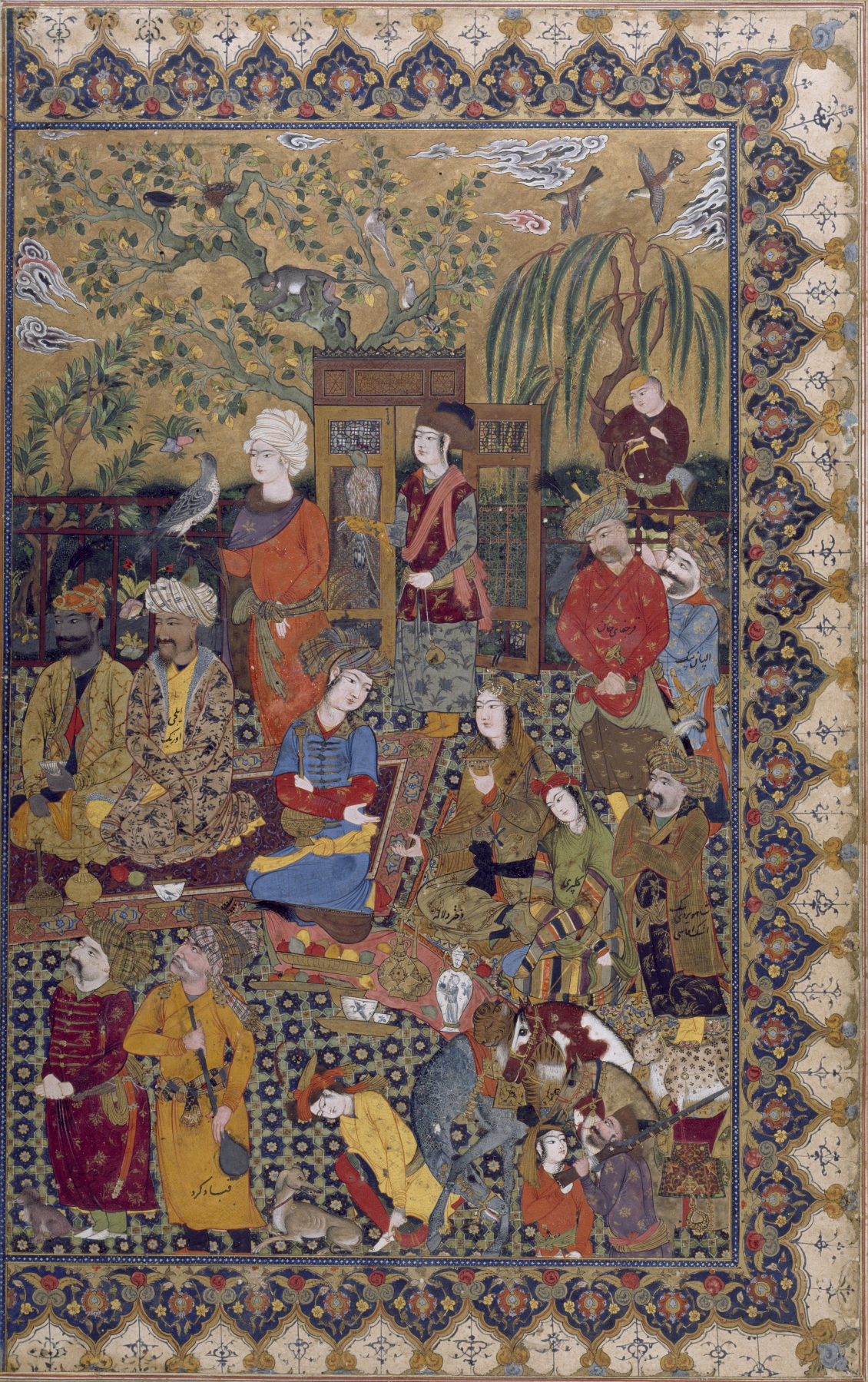 Courtiers of Shah 'Abbas I

This painting, Walters manuscript leaf W.691, depicts courtiers of the Safavid ruler Shah 'Abbas I (reigned 996 AH/AD 1588-1038 AH/AD 1629). It is the right side of a double-page composition, which most likely served as a frontispiece to a manuscript. Certain courtiers of Shah 'Abbas I are identified by name. In the far upper right two men stand wearing turbans with vertical extensions held at the center, who are identified as Alpan Bik (Beg) (in a blue robe) and Qarajaghay Khan (in a red robe). Their headdress is distinctive of high-ranking members of court during the early 11th century AH/AD 17th. Qarajaghay Khan, an Armenian of the royal household, held a number of political positions at court and was an important patron of the arts. Standing lower down on the right side is Shah Vardi Bik Ishik Aqasi (literally master of the threshold, or master of ceremonies) (in a gold and black robe). An Uzbek envoy (ilchi-yi Uzbak) (in a beige and blue patterned robe) is seated on the carpet. Falconers, grooms, and a musician (Qubad-i Kurd) standing beside a man identified as Mirza 'Umar (?) Shaykh (in a red and gold robe) are also shown. There are 2 seated female figures, identified as Gulpari and Dukhtardallalah. The latter seems to denote a woman who procures slave girls for the palace. This single leaf has been associated with Reception at the court of Shah`Abbas I, also housed at the Walters Art Museum (W.771, fol. 50a). However, it is unlikely that the two ever formed a double-page composition. 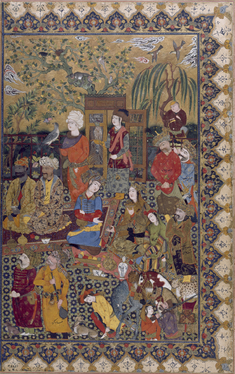 Single Leaf of Courtiers at a Reception of Shah `Abbas I