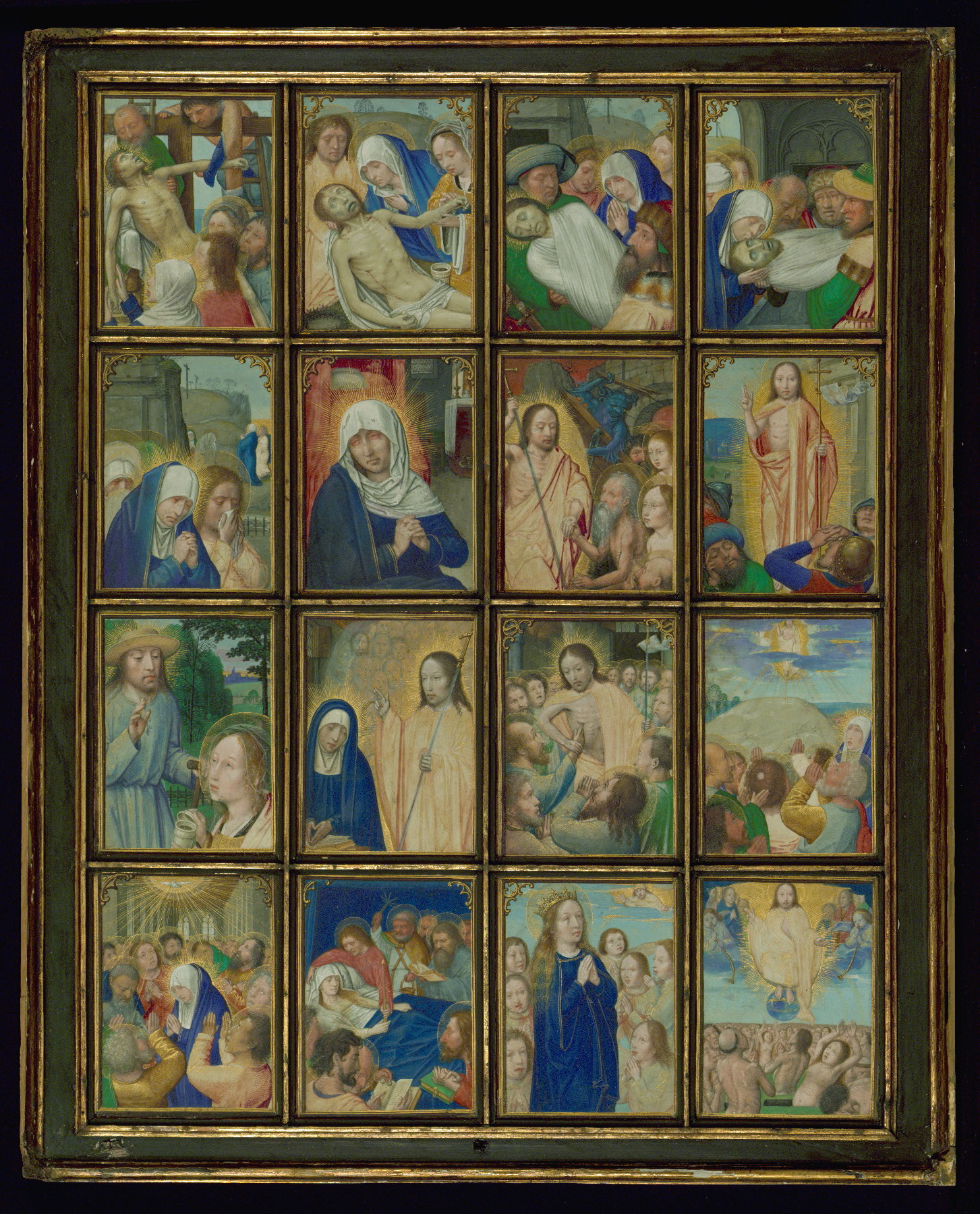 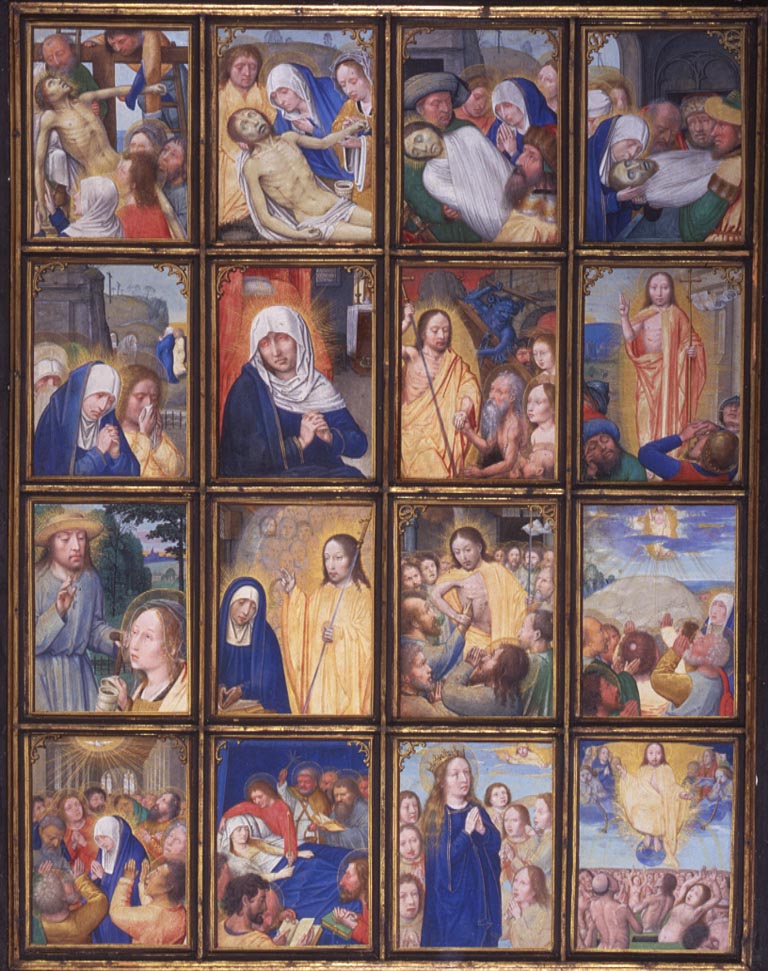 Panel from the Stein Quadriptych

The Stein Quadriptych was likely created in Bruges, and it has been attributed to Simon Bening and associates, ca. 1525-30. This collection of sixty-four miniatures depicting images of Christ's life is mounted in four panels, each in sets of sixteen miniatures per panel. The ensemble of miniatures was first cited in scholarly literature as the Stein Quadriptych because the earliest known owner of the collection was Charles Stein until 1886. The miniatures seem to have been dismantled at some point and then reassembled in four panels. No texts have been found on the backs of these miniatures by the Walters Conservation Department. However, because it was normal practice for illuminated folios to be inserted into South Netherlandish prayer books without accompanying text on the back, the lack of textual evidence does not rule out the possibility that these miniatures were once part of a prayer book. Based on formal visual analysis and the use of color, however, these 64 miniatures appear to have been meant to be viewed as an ensemble. The recitation of prayers from a book or from memory may have been intended while the suppliant viewed the visual program. 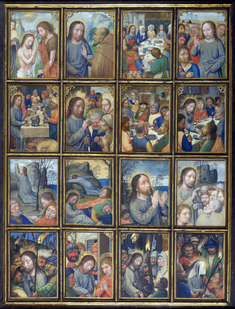