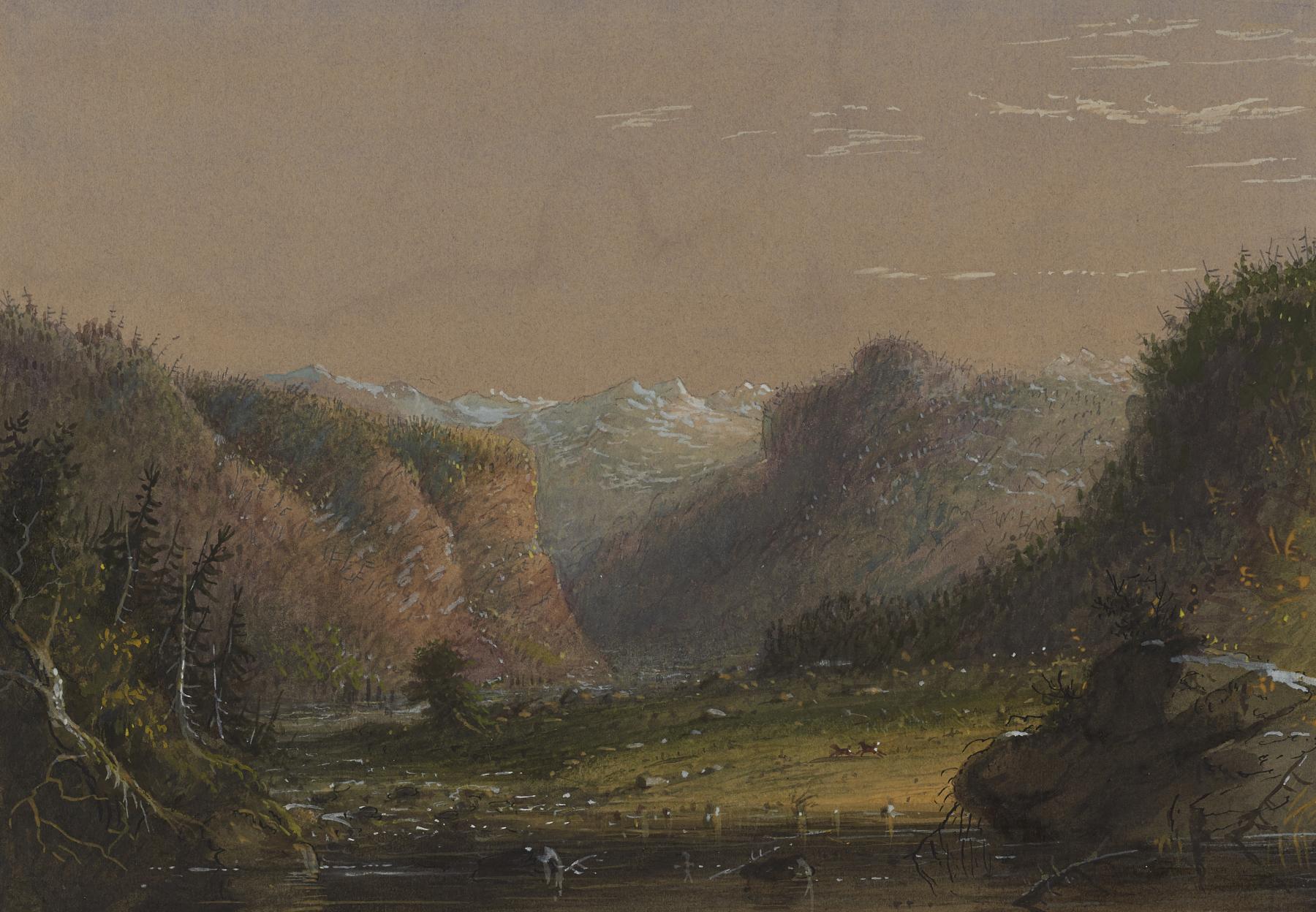 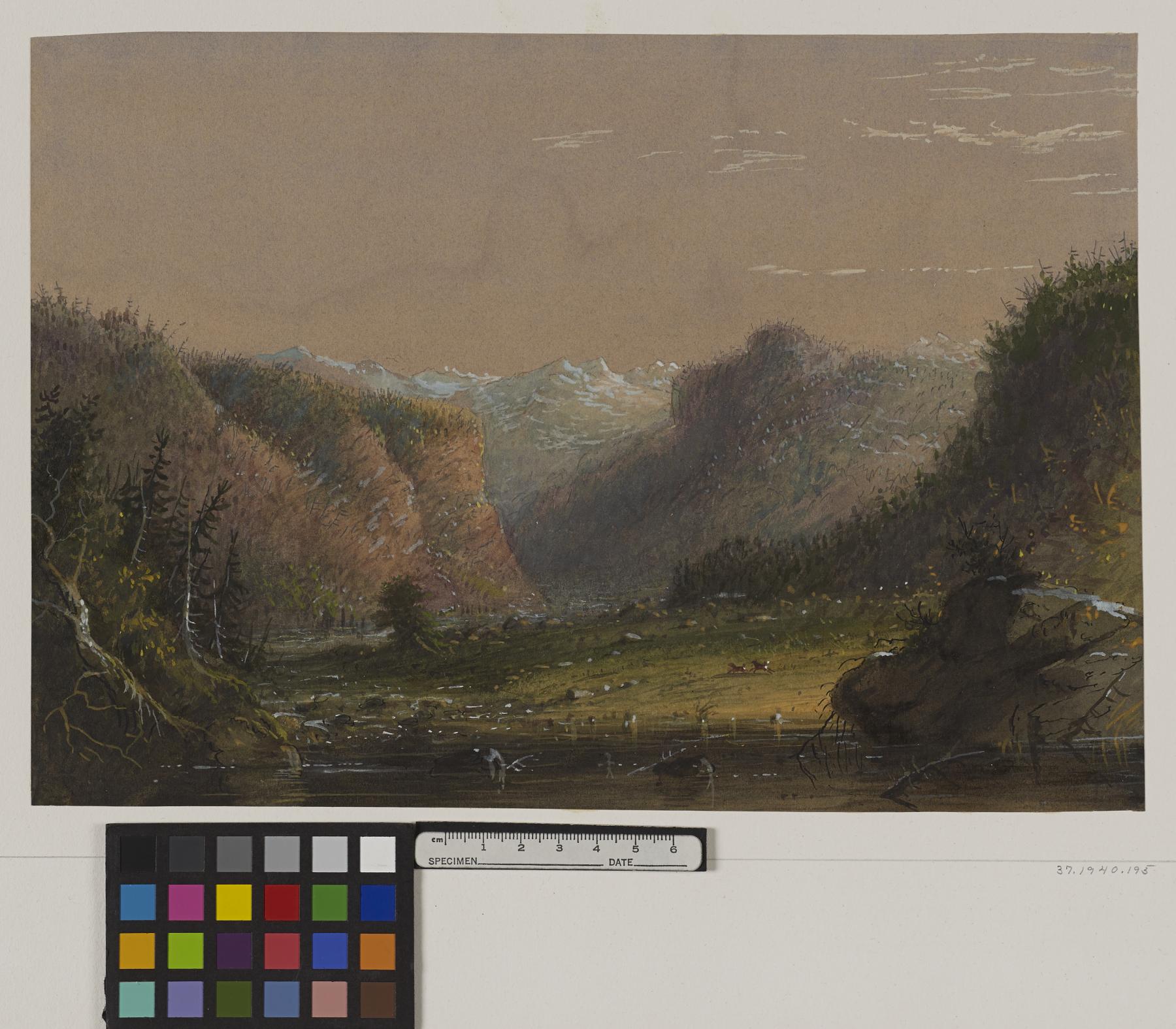 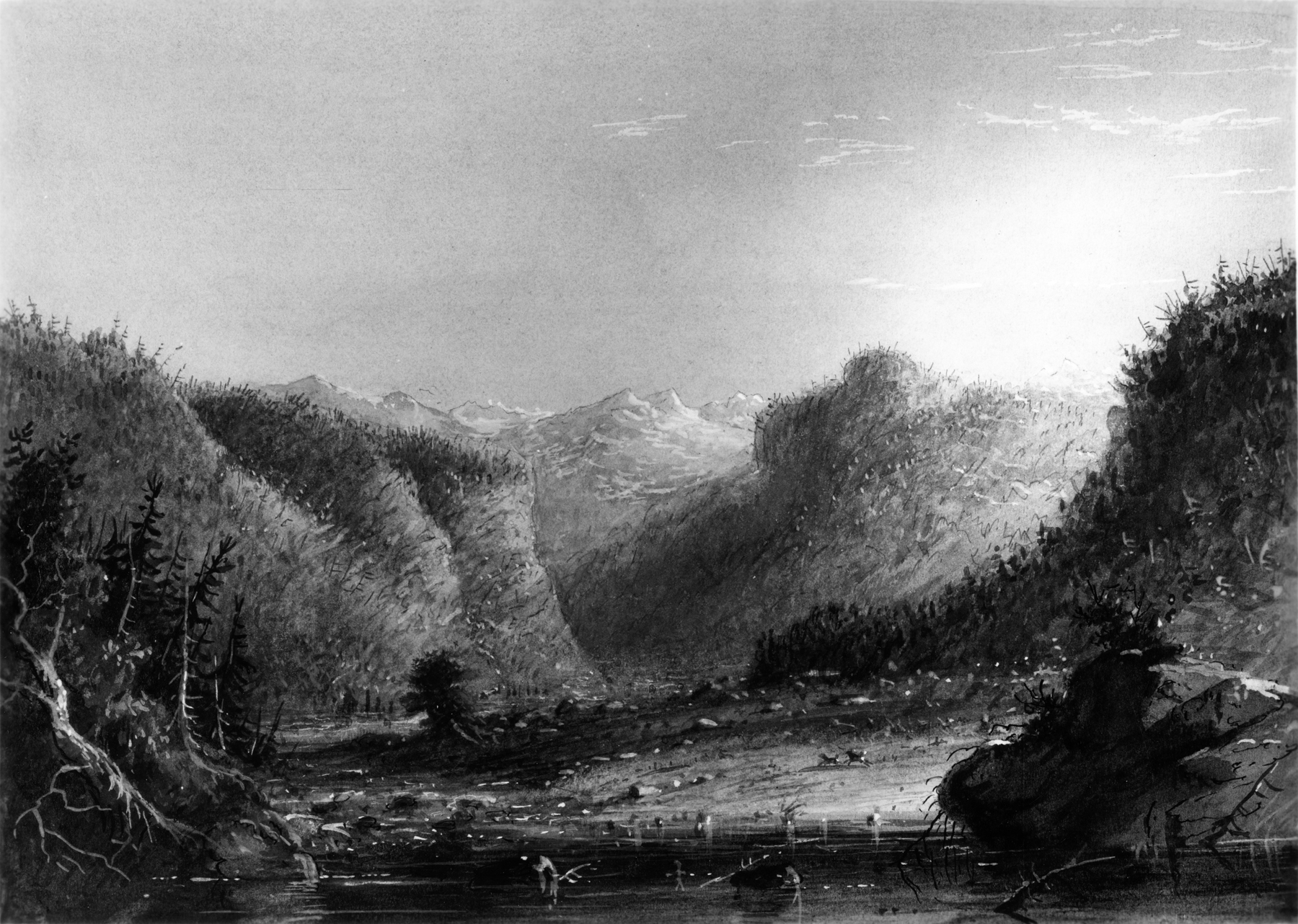 "The subject of the sketch is a defile in the mountains (called Black-Hills) through the bottom of which a brook takes its serpentine course;- at intervals may be seen a deserted Beaver-dam, the industrious architects having been either trapped, or driven off by the tide of emigration. On the right a meadow covered with boulders runs down to the water, while opposite on the other side of the brook the mountain rises almost perpendicularly, faced with a reddish-grey granite, the tops and fissures clothed with stunted pines and firs. In the distance higher peaks are seen overtopping these and closing the scene. The plant called 'Artemesia' or wild sage abounds herabouts with its gnarled and twisted branches, the atmosphere being saturated with its overpowering odor of Camphor and turpentine,- these clumps are infested with rattle-snakes - who always give you fair warning to keep off." A.J. Miller, extracted from "The West of Alfred Jacob Miller" (1837).